The Most Beautiful Buildings in Burgundy, France 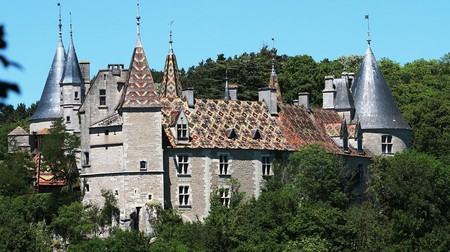 The history of Burgundy is a varied one with the Celts, the Franks and, of course, the Burgundians all having conquered the region at some time. Today, remnants of its past are seen in the form of Benedictine and Cistercian monasteries, Medieval castles, feudal palaces and Gothic cathedrals. Here’s a list of the most beautiful buildings in Burgundy, France. 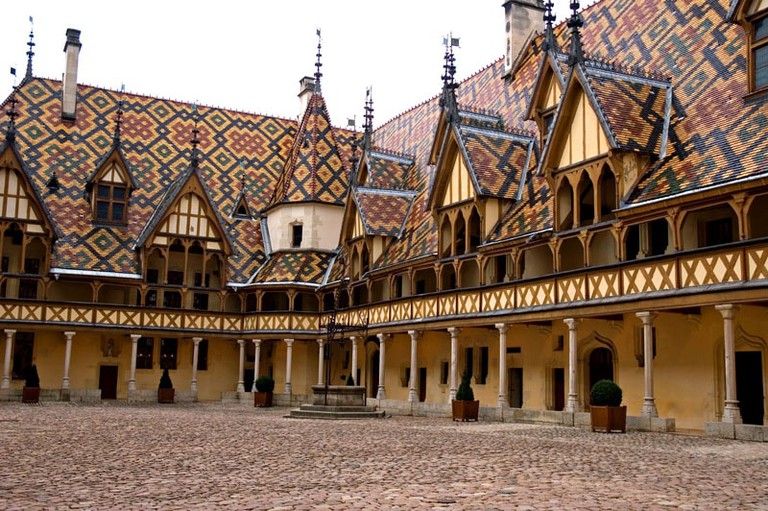 The Hospices de Beaune, also known as Hôtel-Dieu, was founded in 1443 by the Chancellor of Burgundy, Nicolas Rolin, who constructed the hospital as an almshouse for the poor. Today, the building serves as a museum and continues to endeavour in charitable practices. Its most distinctive feature is its polychrome roof: a stunning design of colourful glazed tiles that rest atop its Northern Renaissance-style structure. 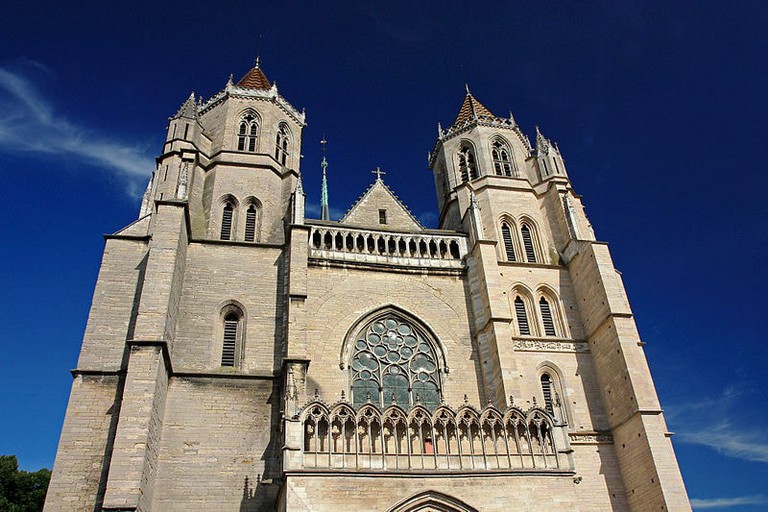 The facade of the Dijon Cathedral | © Andrea Schaffer / WikiCommons

Built between 1280 and 1325, the Cathédrale Saint-Bénigne de Dijon, also known as the Dijon Cathedral, sees a combination of Romanesque and Gothic architecture. It’s most recognised for its tall spires, which have become an iconic image of the city. The cathedral houses a museum as well as the tomb of Philip the Good, also known as Philip III, who held the title of Duke of Burgundy from 1419 until his death in 1467. 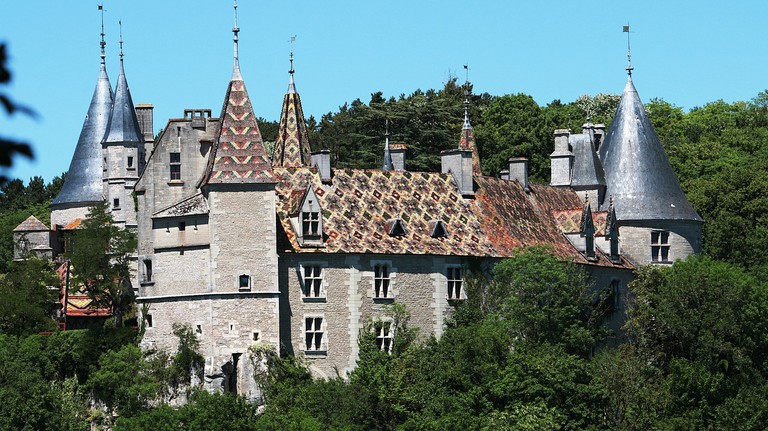 The Château de la Rochepot dates back to the 12th century, though its notable multi-coloured tiled roof, similar to that of the Hospices de Beaune, didn’t come until later on in the 15th century. The castle was destroyed during the French Revolution and in 1893, President of the Republic Sadi Carnot purchased its ruins. It was rebuilt by architect Charles Suisse, who restored it almost identically to its original structure and turned it into one of the last great examples of neo-Gothic architecture in the country. 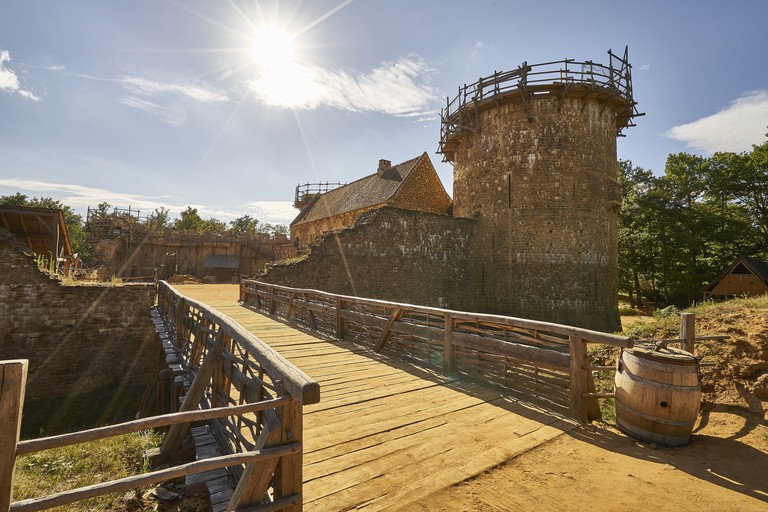 The Castle of Guédelon under construction | © Jean-christophe Bruneau / Flickr

Found in the village of Treigny, France, Château Guédelon is a project set forth by owner Michel Guyot and architect Jacques Moulin to build an authentic replica of a 13th-century castle using only techniques from the Middle Ages. The Guédelon Castle isn’t yet finished (it’s expected to be completed in 2028), however, its progress since the beginning of its construction in 1997 is promising that the end result will be both a beautiful and fascinating building.

Just a little under four kilometres away from Château Guédelon is the private estate of Château de Ratilly, a Medieval fortress that actually dates back to the 13th century. The castle is built per a plan created by King Philip II, which sees a total of six defensive towers, two of which anchor each side of the drawbridge. A dry moat encircles the building while orchard trees line the pathway up to its entry. It houses a museum with a collection of pottery and art and it is also a venue for concerts and painting workshops. 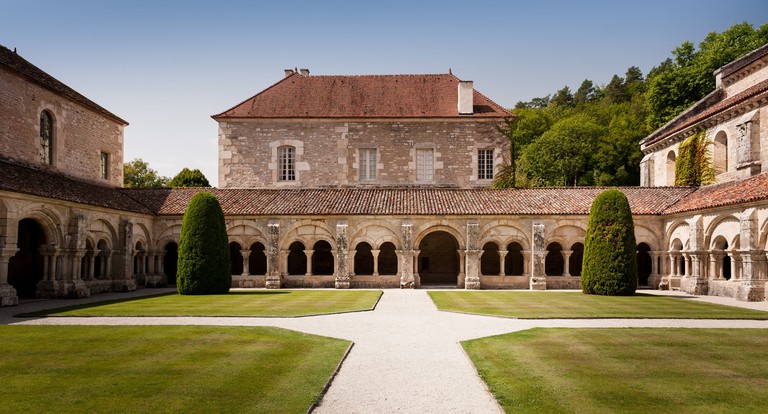 The former Cistercian Abbaye de Fontenay (Fontenay Abbey) is the oldest preserved abbey of its kind in the world. Founded in 1118 by the prominent French saint Saint Bernard de Clairvaux, the abbey was declared a World Heritage Site by UNESCO in 1981. Its Romanesque architecture is complemented by a landscaped park, which was named a ‘Jardin Remarquable’ (Remarkable Garden of France) in 2004. 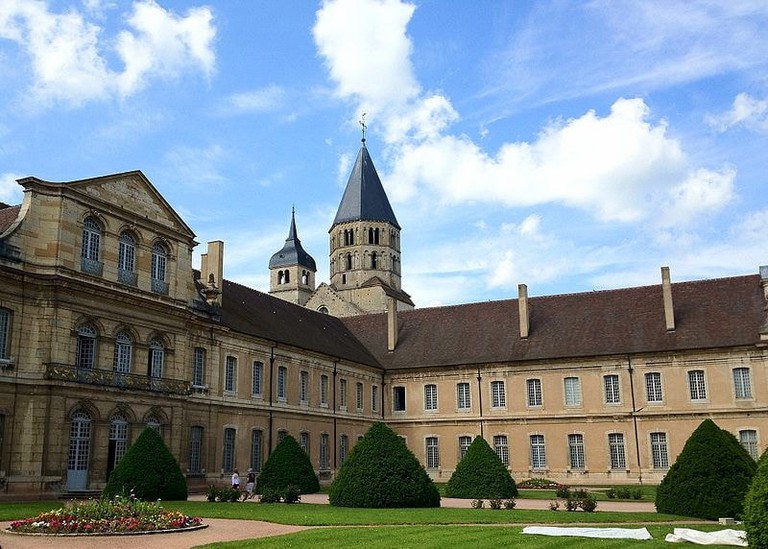 Abbaye de Cluny is a Romanesque-style former Benedictine monastery founded in 910 by William I, the Duke of Aquitaine. The abbey held significant prestige in the world of Christianity (at one time, it had authority over 10,000 monks) and was the largest Christian building in the world until St. Peter’s Basilica in Rome was rebuilt in the 16th century. Much of the original abbey was destroyed during the French Revolution and today, only around 10 percent of the original structure remains. 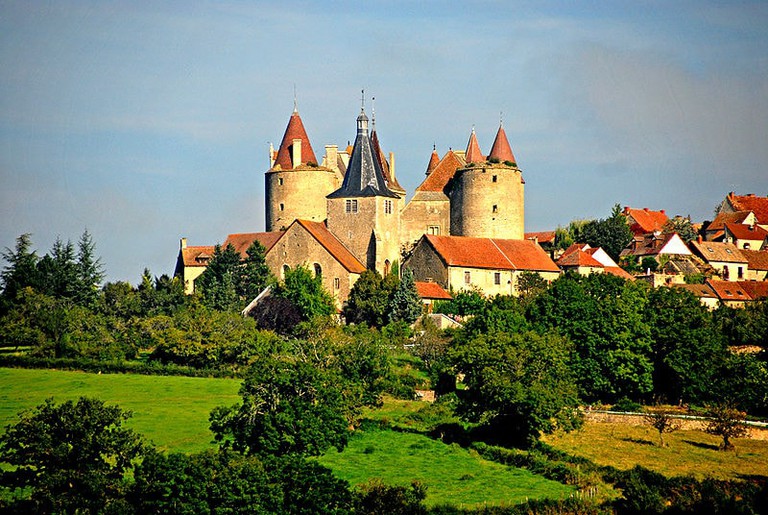 The castle that watches over the rolling hills and valleys of Burgundy in Châteauneuf-en-Auxois is a fortress dating back to the 15th century. Built by Jean de Chaudenay, Châteauneuf is a relic of Medieval and 14th century military architecture. Inside, visitors can marvel at a collection of tapestries from the 17th century and the mural paintings that blanket the chapels’ walls. 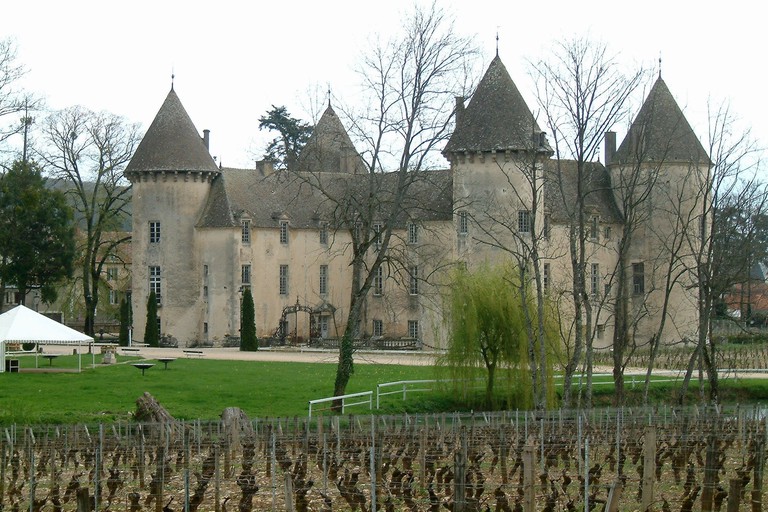 This stunning castle dates back to 1340 and lies in the Burgundian countryside, in the heart of the Côte de Beaune. It doubles as a wine estate with approximately 27 hectares of vineyards and, what’s more, there are nine museums here to discover, including a collection of motorcycles, Abarth racing cars and vintage aircraft. 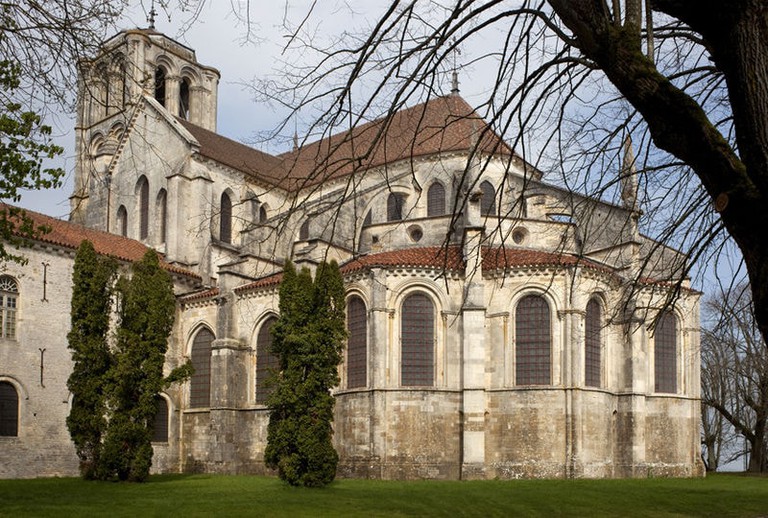 The UNESCO World Heritage Site of the Basilique de Vézelay (Vézelay Basilica) sits atop a hill overlooking the town of Vézelay and is the keeper of Mary Magdalene’s relics (lending to its alternative title of Abbaye Sainte-Marie-Madeleine de Vézelay). A masterpiece in Gothic and Burgundian Renaissance architecture, the basilica was considered an important place of Christianity during the Middle Ages and was a major stop for pilgrims en route to Saint-Jacques-de-Compostelle.