The Most Beautiful Buildings in Biarritz

Villa Belza | © Tom Marie
Observing a city’s architecture is a great way to find out about its history and culture, and those strolling in the streets of Biarritz will instantly note that the ancient and modern architects who worked on the city’s biggest edifices share a common trait: high aesthetics and functionality at the heart of each project. Discover 10 of the most beautiful buildings in Biarritz.

It is impossible to visit Biarritz without admiring the Hôtel du Palais. Built in 1855 for the Empress Eugénie, it was meant to be her summer villa. The outstanding villa, in neo-Louis XIII style, is constituted of a long main building with three perpendicular wings and visitors can see period décor throughout the hotel. The Hôtel du Palais temporary closed in the 1950s, but it reopened after an efficient campaign by Guy Petit, Biarritz’s mayor at the time. He was determined to give the Hôtel du Palais its nobility back. The list of prestigious guests who have stayed there since its reopening include Frank Sinatra, Coco Chanel, and Ava Gardner. Nowadays a luxurious resort with high-class service, visitors will certainly reminiscent the aristocratic past of the venue during their stay.

The Villa Belza is a neo-Medieval mansion and was built on a cliff between 1880 and 1895. Over the years, the Villa Belza has had multiple uses: several directors used the Villa’s incredible scenery for their movies, and it also was a restaurant before becoming a sumptuous lot of 10-pricey apartments. Located near the “Trou du diable” (The Hole of the devil) abyss, locals like to tell stories about revenants and witchcraft ceremonies supposedly occurring in there, which helps maintain the Villa Beltza’s mysterious and intriguing legend. Tourists will have to wait for a while to visit this architectural beauty; it’s been closed for renovation since 2016. 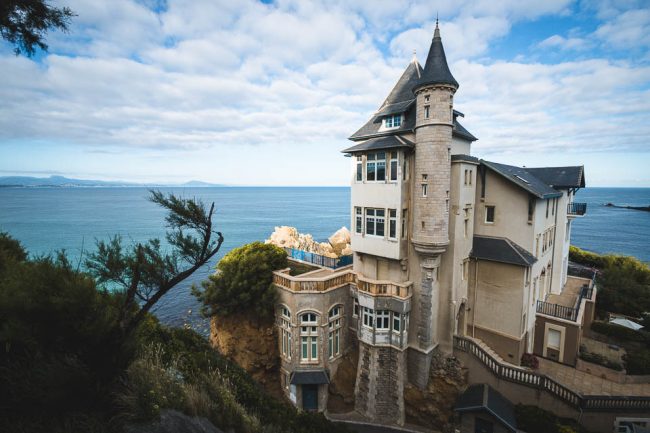 Church
France-001975 - Sainte-Eugénie Church | © Dennis Jarvis/Flickr
Sainte Eugénie Church was constructed between 1898 and 1903, and the neo-Gothic church was originally used as a sanctuary for sailors and fishermen who would put their hopes in the hands of God. Its edification was an homage to Saint Eugénie. One of the most seen attractions in Biarritz, the stained-glass window and the use of the lily-flower motif—symbol of royalty in France but also the emblem of Saint Patron Eugénie—impress visitors.
More Info
Open In Google Maps
Place Sainte-Eugénie, Biarritz, Nouvelle-Aquitaine, 64200, France
+33559240743
View menu
Visit website
Visit Facebook page
Send an Email
Give us feedback

Hotel
Carlton Biarritz Entrée | © Thomon/Wikimedia Commons
From its inauguration in 1910, the Hotel Carlton had the pedigree of an international palace. A Belle Époque-influenced building, it was built on the former site of the Villa Cyrano. The Hotel Carlton’s architect, Joseph Cazalishad, had an ambitious project in mind and conceived 300 modern and spacious rooms. Heirs and heiresses from Europe’s royalty families and big names from the aviation sector such as Tabuteau or Malherbe became regular guests. During World War II, the Carlton was a base for the German officers’ diplomatic missions. Since 1955, like many hotels in Biarritz, the Carlton’s lavish suites were transformed into apartments.
More Info
Open In Google Maps
3 Avenue Reine Victoria, Biarritz, Nouvelle-Aquitaine, 64200, France
+33559246886
View menu
Visit website
Visit Facebook page
Send an Email
Give us feedback

Built above the cliffs and offering a gorgeous view on the ocean, this spectacular house by Parisian architect Stephen Sauvestre for the Montalivet Count is without hesitation one of Biarritz’s most spectacular architectural buildings. A few steps away from the Regina Hotel, one of the city’s many-architectural masterpieces, the peculiar detachment of façade and the intermingling of the eaves definitively earns the attention of passersby.

One of Biarritz’s-architectural treasures, the Regina Hotel, is more than a luxury hotel; since 1906, it is a place in which elegance and high etiquette coexist in perfect harmony. Those approaching the hotel can’t help but be impressed by its majestic allure and impeccable façade. The splendid Belle Époque-inspired interiors stun guests and will make them want to wander in the different halls for hours. More than a century after its opening, the Regina Hotel has not lost an inch of its grandeur.

Modernity in all shapes. That is what first comes to mind when walking around in the renovated-Kléber neighborhood. The samazuzu architectural firm wanted to create an environment that embodied the neighborhood’s values of diversity, modernity, and density. As always in Biarritz, this dancing school with a shape of a wave, is not far away from the ocean. 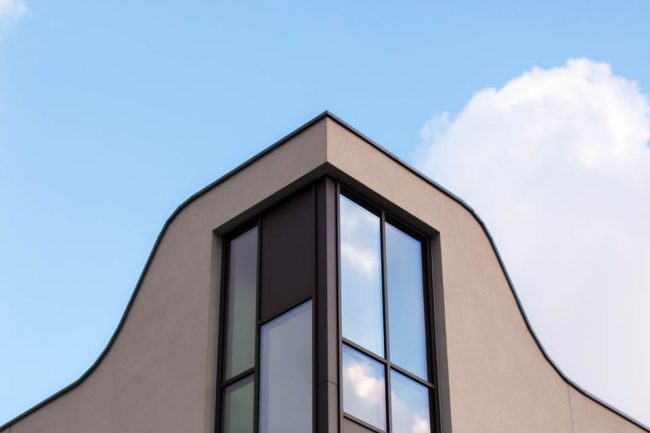 Standing at 73 meters (239.5 feet) above sea level, the Biarritz Lighthouse offers a breathtaking panorama of the ocean, mountains, and the Basque region. Built in 1834, the round masonry with lantern and gallery rise from the center of a two-story octagonal keeper’s house. Climbing the 248 steps to reach the top might be a bit tiring, but the views from the balcony help counteract the fatigue. 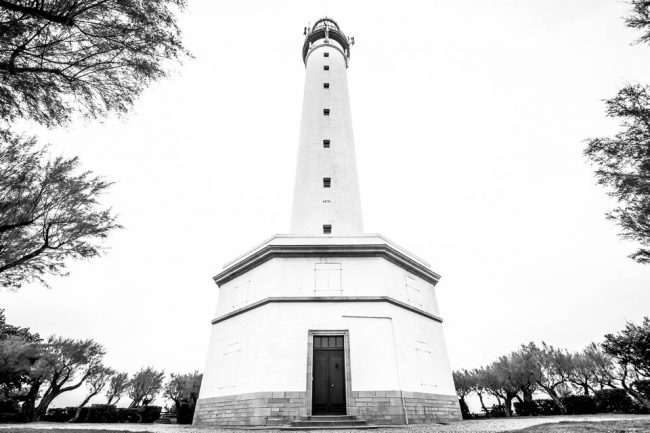 In 1898, Félix Labat, a wealthy businessman, bought the land and asked Gustave Huguenin to design a splendid domain for him. Finished in 1902 after four years of construction, the Villa Cyrano (formerly known as “Villa Labat as an homage to the property owner) was bought by Alfred Boulant. The architect of this Art-Nouveau edifice copied the plans of an existing hotel in Paris. Aware of the originality of the villa bought it, Boulant took it off piece by piece and rebuilt it on the prestigious Avenue de l’Impératrice. The name was changed from Villa Labat to Villa Cyrano, an homage to Cyrano de Bergerac, Edmond Rostand’s famous play. 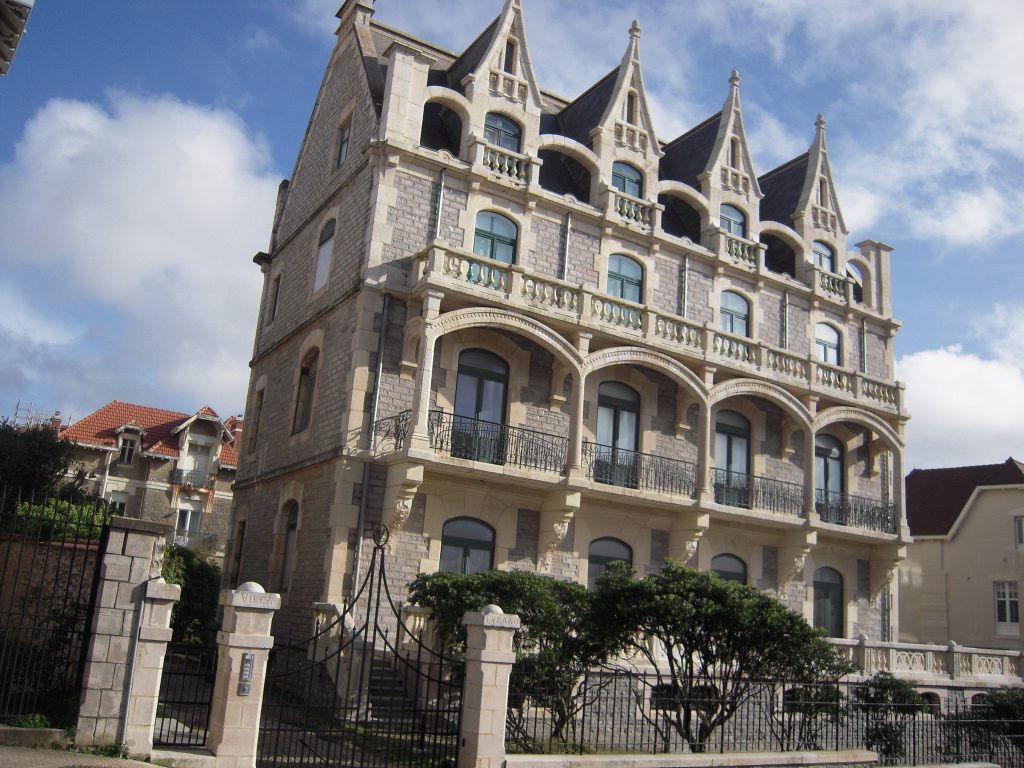 John Pennington, a rich industrialist, asked architects Wornum Ralph-Selden and Salomon Edward to build the Domaine de Françon in 1880. Located near the Mouriscot Lake, the outstanding neo-Germanic manor of more than 25 hectares (around 61.7 acres) is the perfect place for luxury vacation with the family. Besides, some parts of the castle are classified as France’s national-historical monuments. 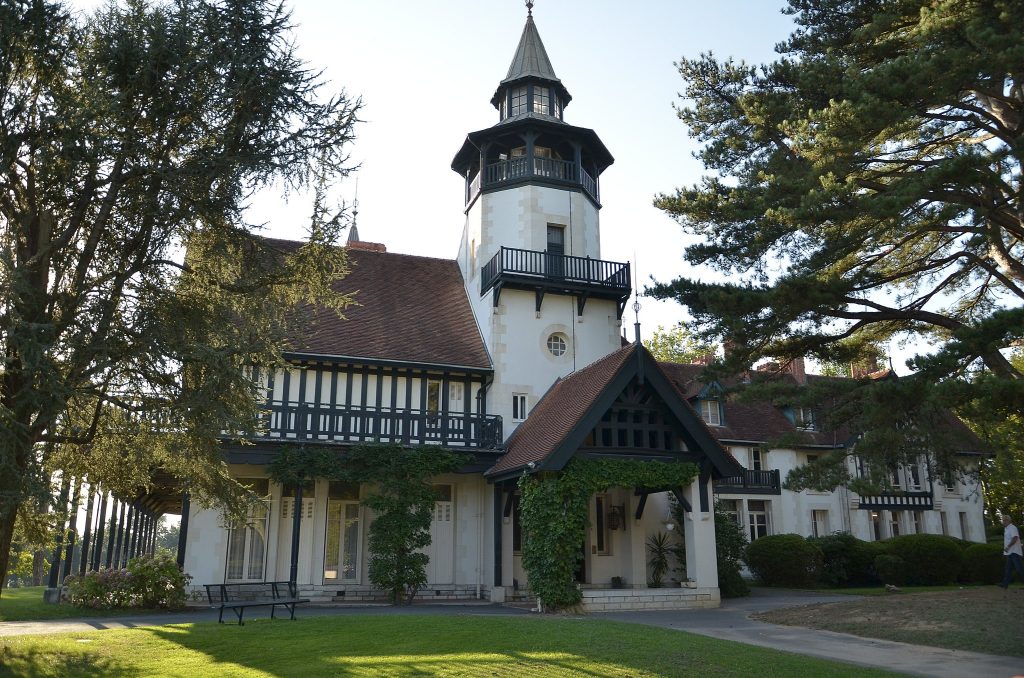