The Marathon du Médoc Has Stops For Wine, Cheese and Oysters

The Marathon du Médoc in France is quite possibly the most delightful sporting event in the world – and almost certainly the most delicious. Not only are there regular stops for wine, cheese and oysters along the way, but there’s also a live orchestra to serenade you across the finish line.

The Marathon du Médoc is ‘the world’s longest marathon’

The Marathon du Médoc has been going since 1985 and it takes place every September in the beautiful Gironde region of France. Thousands of people take up the challenge each year, all eager to enjoy not only the thrills of ‘racing’, but also the thrills of ‘tasting’.

The circuit spans 26 miles (42.2 km) like any other marathon, but what makes it unique is the number of exciting activities, tastings, feasts and musical interludes along its route that delay and delight the senses. 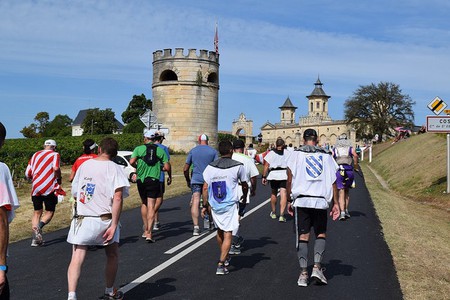 Starting out on the Marathon du Médoc | © S B / Flickr

Regardless of how quickly people run the race, the Marathon du Médoc calls itself ‘the world’s longest marathon’ because the aim isn’t to finish as fast as possible. Instead, it’s all about the pleasure of feasting.

The Marathon du Médoc is a ‘race’ with a twist and gives hydration a whole new meaning. In this marathon, wine is available in almost the same abundance as water. The average runner usually manages to squeeze in no fewer than 23 wine tasting stops.

The French take their wine very seriously and so, it actually comes as little surprise that it has been incorporated into a race. Given that runners actually wind through the gorgeous draping vineyards of the Gironde region (as well as castles) in order to reach the Marathon du Médoc finish line, it’s a particularly fitting addition. 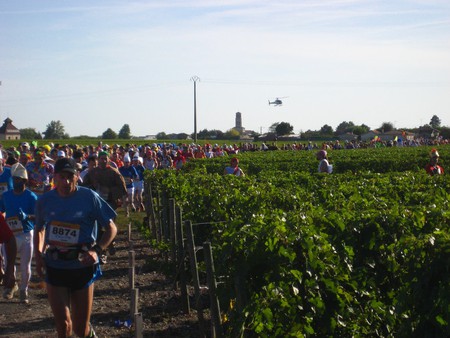 Running past vineyards during the Marathon du Médoc | © Jan / Flickr

Pain is just the French word for bread

As if the wine stops couldn’t get any better, each one is accompanied by a live orchestra and delicious food. The delights on offer include oysters, cheese, steak, ice cream, bread and more. There’s no better way to ease runners’ pain than by offering gourmet tastings and classical music wheeled around on the back of tractors. 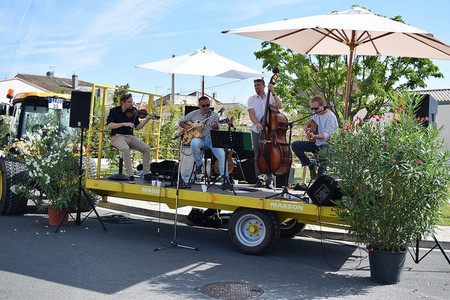 Musical entertainment during the Marathon du Médoc | © S B / Flickr

But as the local crowds gather to cheer on the competitors, they often share a pearl of wisdom: ‘Pain is just the French word for bread’. The phrase has become something of a motto for this race because while it might be tempting to gorge on all the gourmet offerings, you shouldn’t lean too much into temptation, or else, you might end up with indigestion. 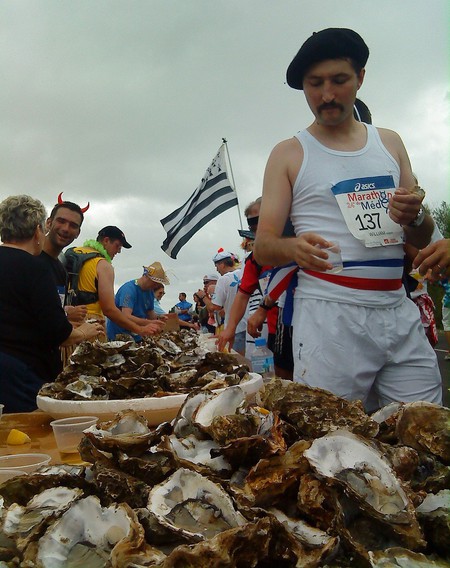 Carnival-themed outfits are a must

The runners must dress up in Carnival-themed outfits to be able to take part, as the fun atmosphere is part of what makes this marathon so popular, as well as the food, of course. The costumes reinforce the idea that it’s not about winning, only about enjoying yourself, so there’s no sense of pressure. 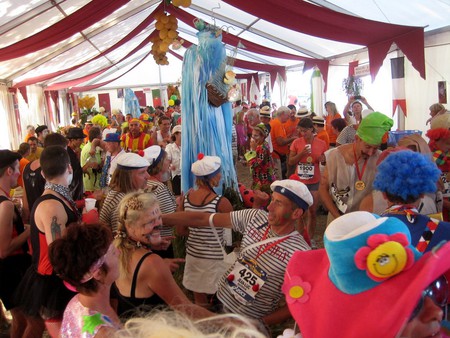 There is, however, fierce competition for getting accepted into the race in the first place, given its popularity. There are usually around 10,000 participants that make the final cut, but as Albert Duvocelle, the general secretary of the organising group, has stated, usually, around 40,000 people must be rejected.

If you want to stand a chance of taking part in this incredible event, then make sure to get your applications in early and train well in advance.

A good night’s sleep before and after is vital

The race might sound luxurious, like a never-ending banquet, but it is strenuous, nonetheless. If you do make it onto the list of participants, a good night’s sleep in a local accommodation, before and after, is a must.

There are two hotels in Pauillac, where the marathon takes place, but they always sell out well in advance. So, if you’re thinking of taking part, try looking a little further, between Bordeaux and Pauillac, in places such as Eysines (Première Classe, Kyriad and Hotel Formule 1) or Le Pian-Médoc (Golf du Médoc Resort).