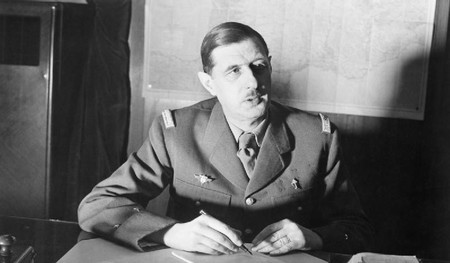 National Hero. Airport. General. Street. President. Square. Ideologue. Station. Military tactician. Aircraft carrier. His name is emblazoned across France and its national consciousness. There are 72 streets that bear his name outside of France, and far too many to count nationally. Probably best you knew a little about him then, right?

‘How can you govern a nation that has 246 types of cheese?’ – Charles de Gaulle

Born near Lille in 1890, he moved to Paris at a young age with his family. Growing up in the period after France’s terrible defeat to Germany in 1870 and her resulting catastrophic loss of land, he developed a longing for France to be a great power, and a distrust of other countries, including Britain and the United States. These would eventually become central tenets of Gaullism. And where for such a young man to go and pursue this goal? Why, the military of course.

After scoring in the top 10% of his class at the Military Academy Saint-Cyr, he went on to join a regiment under the future president Petain in 1913. During World War I, he was promoted several times for his valiant efforts but was captured by German forces in 1916. He used his time in prison to learn German, keep up-to-date with the war, and spent long periods coming up with alternative military strategies that could overcome the static, trench-based warfare of the conflict. He tried to escape several times, but his height was sometimes an issue* (he was 6’4) and he was a long way from home, sometimes as far as Bavaria and Poland. 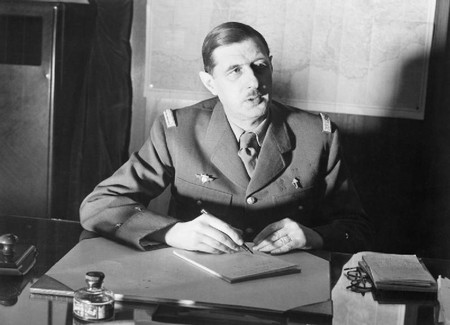 After the war he served internationally – in Poland, the Rhineland and the Middle East. He further impressed and was eventually made Lieutenant Colonel – a rank three quarters up the command chain. At the time, France was constructing the strategically fortified Maginot line across its east border: de Gaulle had astutely written about the need for more mobile armies using tanks and planes as a better defense, which seems like a no-brainer now. Indeed, and quite ironically, the Germans would go on to use these very ideas to formulate their highly successful Blitzkrieg (Lightning War) tactics.

He was proved right as, using Blitzkrieg, the Germans defied expectations and invaded in 1940 from the North through the Low Countries, where no fortifications were built as not to offend the neutral nations there. Britain and France’s forces were split down the middle: the British fled at Dunkirk, and France was quickly defeated. Petain signed an agreement with Hitler to neutrality and allowed Germany to occupy the prosperous northern half of France. These were dark days for the allied forces, but de Gaulle, now a Brigadier General, refused to surrender and fled to London. From there he called to arms La Résistance, the part of French society that refused to accept German occupation.

This is where de Gaulle made his name. He made a series of broadcasts via the BBC, most notably in June of 1940, calling for a rejection by the French people of the armistice signed with the Germans. He highlighted the fact that France’s allies were still opposing Germany – she still had a huge empire so losing the home territory did not mean categorical defeat; accepting the German conditions would mean becoming slaves of Germany and Italy, something unimaginable a century earlier when France was practically walking all over mainland Europe under Napoleon. 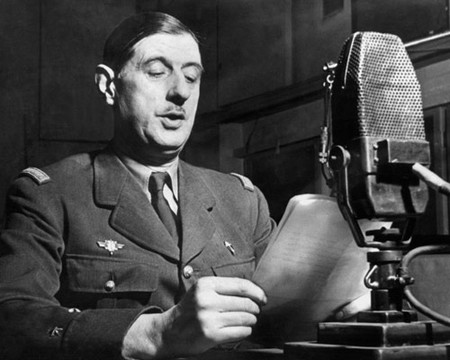 While his speeches were not heard by many at first, by 1944 he was regarded by most as unequivocal de facto leader of France. And so, he was elected President once Germany was driven out of France that year.

Upon entering the political scene he found himself cornered on all sides by opposition politicians and resigned over rejected reforms in 1946, retiring from politics in 1953. However, he was forced to return to the political fray when in 1958, the Algerian crisis threatened to rip France apart. He was seen by many as the only person capable of finding a solution and was brought in as president, as a new constitution was drawn up and a fifth republic declared. The new constitution gave the president much stronger powers.

He decided Algeria would obtain independence, and faced a rebellion by some of his generals there but successfully stared them down. He won an emergency election by a majority in the face of student and worker protests in 1968, but resigned a year later after losing a referendum. Dying suddenly in 1970 at his Colombey-les-Deux-Églises (North-West France) residence, he was mourned as a national hero and his memorial service was attended by 63 heads of state, including Nixon, Heath and Gandhi.

Second in significance only to Napoleon in French history, de Gaulle’s importance should be obvious by now. He inspired the resistance to the German occupation which helped win the war. Despite believing in France’s great power status, he pragmatically allowed Algerian independence and defused a possibly incendiary crisis. He helped forge a new constitution that stands strong to this day, and his period as president saw strong economic growth.

Gaullism is still a significant political stance. The current French opposition party, led by Sarkozy, describes itself as a Gaulliste party, as has at least one major party every year since his own, the Rally of the French People, was founded in 1947. Gaulliste principles of independence from outside powers, a strong state and anti-communism are still prominent themes in modern French politics. His skepticism of British loyalties is relevant today more than ever, in light of Brexit.

He embodied the country’s defiance with his refusal to lay down in 1940 providing a classical struggle of good versus evil, and national liberation versus foreign imperialism, with de Gaulle as protagonist and hero. As the war becomes history, he will remain a legend. 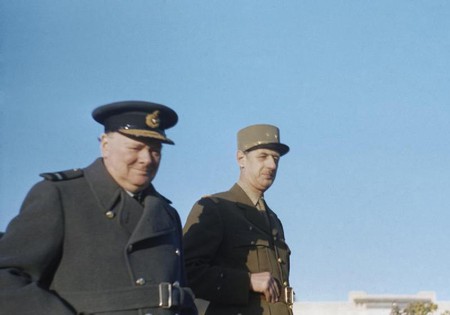