The Iconic History of Promenade des Anglais in Nice 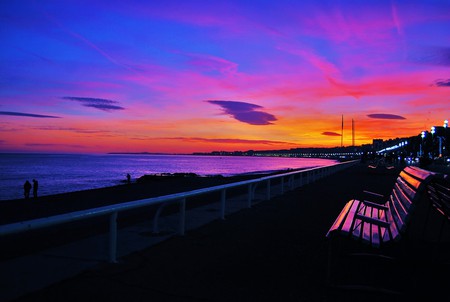 The Promenade des Anglais in Nice is one of France’s best known and iconic seafronts. Here’s a brief history of this wonderful place and what to expect from a visit.

The Promenade stretches for seven kilometres, from the airport in the west of the city, to the castle headland in the east. It takes its name from the English people who paid for it to be built. 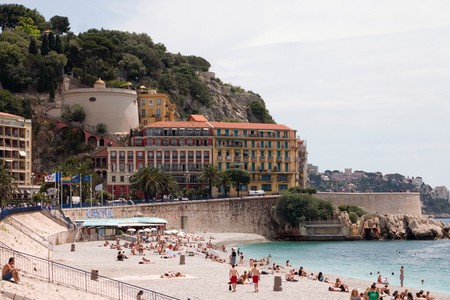 Nice became a second home to many European aristocrats in the 18th century, who took up winter residence along the coast in Cannes and Nice. Many had grand houses built, like those which line the Boulevard de Cimiez, in the hills above Nice. The current Musée Masséna and Musée des Beaux Arts (both wonderful art museums) are former homes for rich aristocrats who wintered in the centre of Nice. As more and more people flocked to the town, grand hotels were built on the Boulevard de Cimiez, like the Grand Hotel, built in 1908. When Queen Victoria repeatedly began to holiday at the Excelsior Régina Palace, Nice’s reputation was cemented as the place to spend a season. 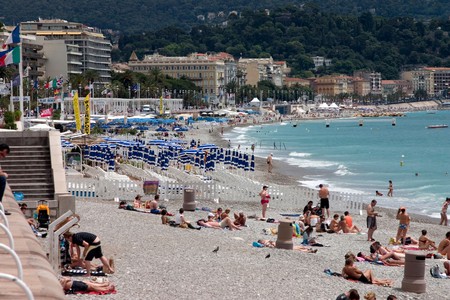 The expats began the custom of walking up and down the beautiful coastline, taking in the scenery, and were keen to build a formal walkway. There was one particularly harsh winter in 1820, after two bad harvests, when lots of beggars came to the town looking for work, money and food. The Anglican church had built up a very large congregation at that point and believed that – instead of offering them handouts – they should be allowed to work for a living. They believed that handouts were bad for morale and that it was better to work for money. The Reverend Lewis Way, who was very senior in the church, was staying in Nice at the time on his way to Lebanon and paid for the construction of the route. It became known as the “Camin deis Anglés” in local dialect (the “English Way”) but was later rechristened La Promenade des Anglais in 1860. The town has since taken it under their wing and extended and developed it. It is now used for many cultural events, such as the Nice Carnival. 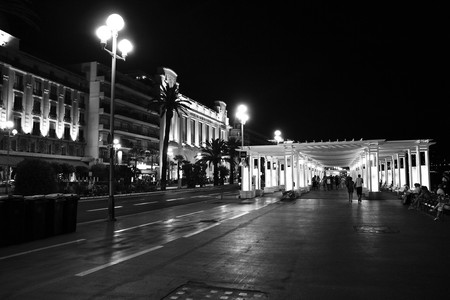 Locals call it “La Prom” and it’s where everyone comes to hang out. You can find everybody here – artists, skaters, buskers, ramblers, as well as everyone enjoying the beaches and restaurants. It can get very busy in the height of summer and the bars and restaurants can be packed to the brim. Make sure you book a table or a sun lounger if you’re heading to a private beach. There are non-stop service restaurants, as well as those that serve during lunch and dinner times. If you want something a little more intimate, take a picnic – although you might still have to sit among the crowds. Don’t be shy and grab a place among everyone else’s towels. Pickpockets are rife, though. If you don’t want to zealously watch your valuables then use a locker at a private beach.