The French Riviera Through the Story of James Bond 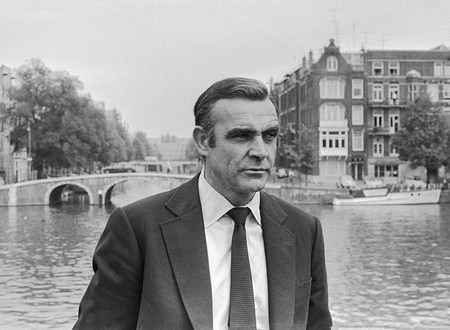 Ever since Ian Fleming created the most iconic of spies, James Bond, the hero has long had an association with the French Riviera. In the books, James would always come to Juan-les-Pins to recuperate, and films have been set or filmed along the coast. Here’s a guide to some key places along the French Riviera that James Bond has visited and how they have changed over the years.

Situated between Nice and Cannes, Juan-les-Pins has always been an upmarket and chic destination. Monet came here to paint and later, throughout the 20th century it became an upmarket health resort. It is here that James Bond came to recover in Ian Fleming’s books and where he frequently complained that it was becoming too touristy (even in the 60s). 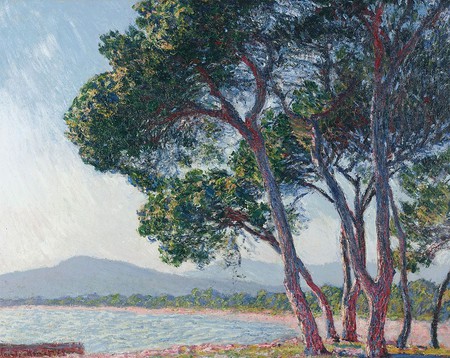 The beaches at Juan-les-Pins might be a little more crowded (with a few more buildings) but they haven’t changed as much as you’d think since Monet’s time. 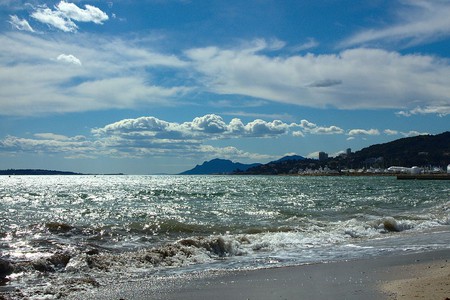 The harbour in Villefranche-sur-Mer is one of the deepest natural harbours in the Mediterranean and it’s here that Largo’s boat was moored during scenes from 1983 film Never Say Never Again. 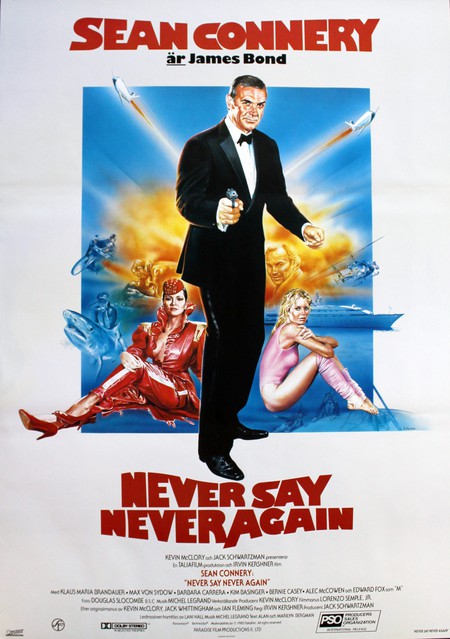 Sean Connery filmed many of the key scenes in the town and the harbour has little changed since the beginning of the century, except there are now a few more restaurants. The harbour – Quai de l’Amiral Courbet – is where Domino gets off the boat at the beginning of the film and it’s the same one that the large cruise ships use to bring passengers in today. 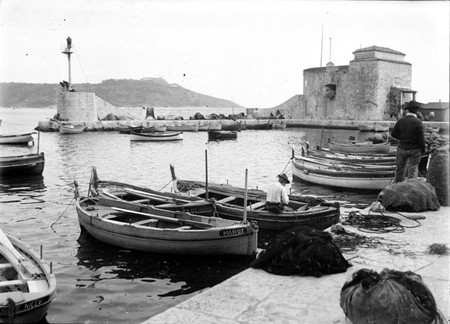 The harbour at Veillefranche-sur-Mer in 1904 | © Toulouse Bibliothèque 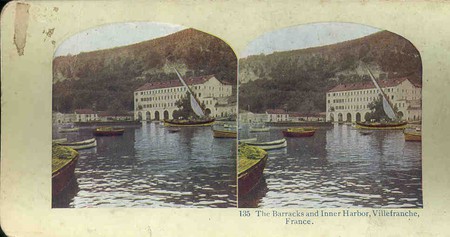 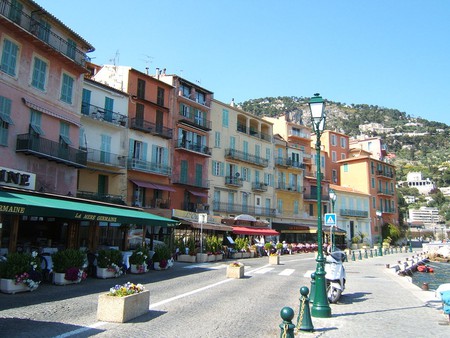 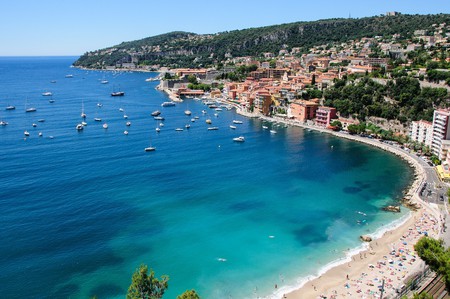 Villefranche-sur-Mer’s harbour as it is today. Many of the same buildings remain | © bogitw/pixabay 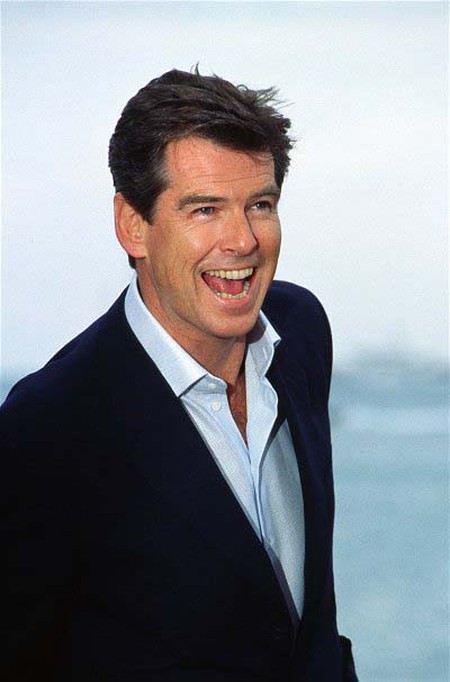 Pierce Brosnan in Cannes, not far from the road to Èze where he shot GoldenEye | © Rita Molnãr/flickr

The road running between Villefranche-sur-Mer and the beautiful town of Èze has been used in a few movies (like The Persuaders with Tony Curtis and Roger Moore in the 1970s). More recently, it was also used as the setting for the road race at the start of GoldenEye.

It’s an amazing road that swerves around the coastline and has little changed since it was built through the cliffs.

There are three corniche roads (cliff roads) that run from Nice to Monte Carlo. Each chase the coastline through underpasses and over steep bridges that are huge engineering feats. Moyenne means “middle” in French; it is literally the middle cliff road of the three. 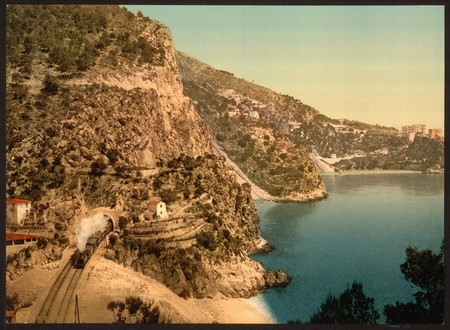 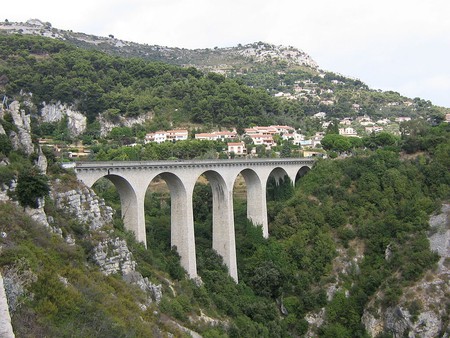 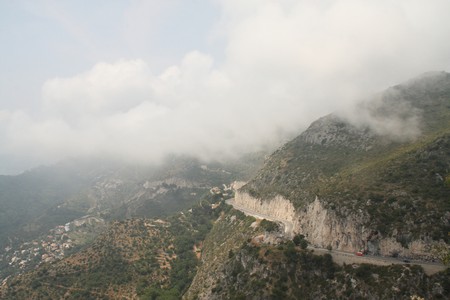 The Moyenne Corniche from the direction of Èze | © adamW/flickr

Building of the Casino in Monte Carlo began in 1858 and was completed in 1863 as a plan to bring new revenue into the principality. It didn’t seem likely to succeed, considering the fact that the roads were perilous and difficult to navigate quickly (unless you are actually James Bond and can drive fast along the Corniche). However, the plan worked, people flocked to the area and they have been coming ever since. It is here where Bond plays Xenia at baccarat in GoldenEye and where Bond dances with Domino in Never Say Never Again. 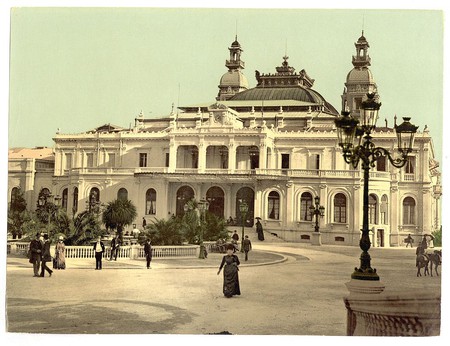 The Monte Carlo casino is an institution (pictured here in 1904) | © Trutat, Eugène/WikiCommons 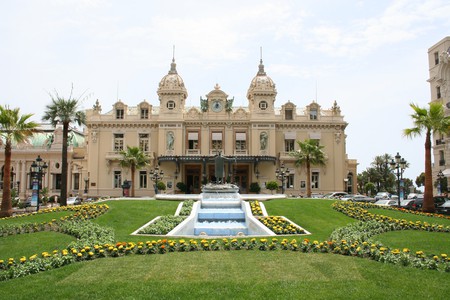 The casino in Monte Carlo in 2006 | © Hakan Dahlström/flickr 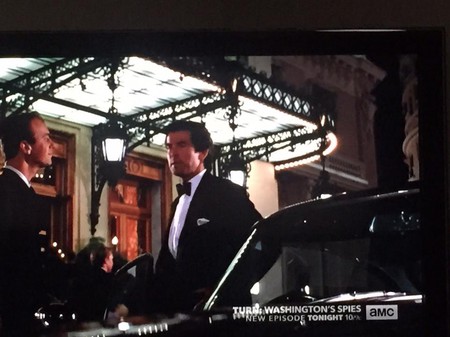