The Essential Guide to the Avignon Festival, France 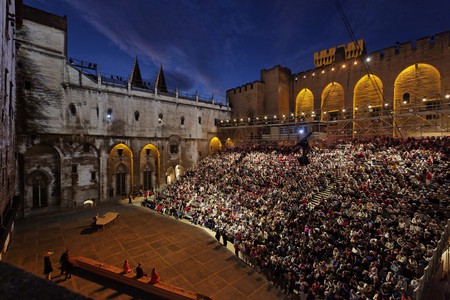 Ever since the 1940s, the majestic Palais des Papes in the southern French city of Avignon has played a key part in an arts festival. It provides the backdrop for a festival, which takes over the entire town with performances on the streets and in every other available space to bring both new and unknown art to the masses. It attracts thousands of visitors who flock to Avignon for its ambience, its sunny weather and its wonderful sets to see some great theatre.

The festival has a long history, which began in 1947

The Palais des Papes in the historic city of Avignon is a setting that attracts millions of visitors every year – it’s one of France’s most visited attractions and a UNESCO World Heritage Site. In the early 1940s, after a successful art exhibition in the main courtyard outside the palace, Jean Vilar, an actor, theatre director and future founder, was asked to put on a play. He suggested Shakespeare’s Richard II, which wasn’t very well-known in France at the time, as well as two others. And so, the first festival began in 1947 as a way of showcasing unknown or modern pieces. 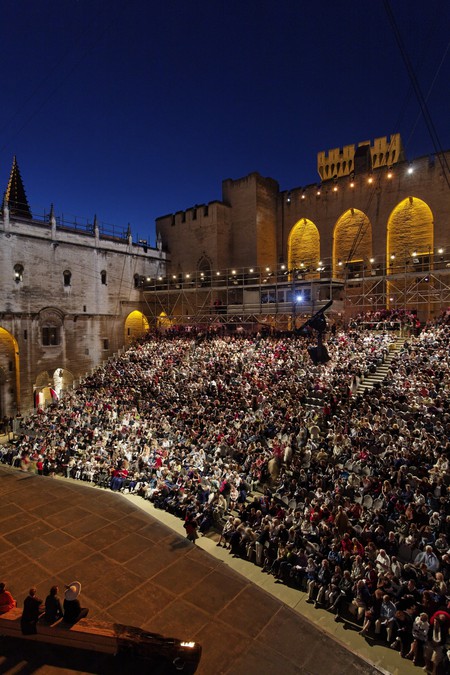 The festival grew and grew

After its initial success, the festival began gaining traction as the place for exciting showcases. It has taken place every year and increasingly attracted hundreds of visitors to Avignon during the month of July when it takes place. The whole town succumbs to festival fever. Vilar directed the festival until his death in 1971. The festival is designed to be a meeting of minds between mainstream works and alternative, niche art. As the festival takes place in Avignon, in the south of France, much of the work is performed outside, so it’s also declared a state of mind as much as a festival. It’s an open-air forum where people watch together, share experiences and talk about the work together afterwards. 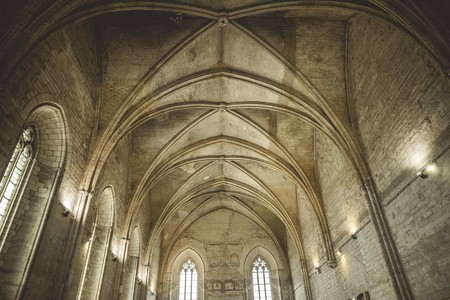 There is a main ‘in’ part of the festival…

Each year, about 50 pieces of work are showcased in the mainstream part of the festival. The committee is taken very seriously and is made up of national and governmental figures and well-known theatre directors and artists. The main performances are still held in the grand and imposing courtyard of the Palais des Papes – laid out in the 14th century, it is the largest medieval gothic palace in the world. Overall, there are about 20 locations that are used in addition to the Popes’ Palace and nearly 150,000 tickets are sold.

This is the fringe part, so to speak, where more niche or lesser-known performers appear. It is organised by a separate strand of the festival, a non-profit organisation, which organises the performances in musical theatres, schools, community spaces and on the street. The OFF part started as a spontaneous alternative to the main festival but is now culturally recognised in the landscape and an accepted, important part of the festival. In 2016, over 1,000 independent companies performed over 1,416 shows. 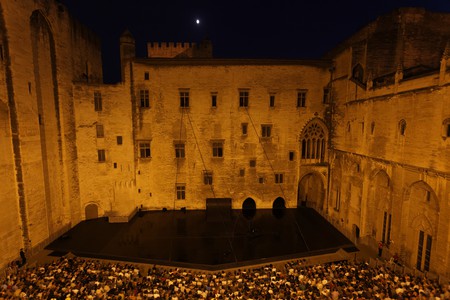 In 2018, the festival will focus on identity and sexuality

The title for the 2018 Avignon Festival is ‘La culture, une antidote au terrorisme ambiant’ (culture as an antidote to terrorism). It will focus on the themes of identity and sexuality in France and in the world as a whole. It investigates how society separates people from each other and heavily features the Arabic community, as it did the year before in 2017. Several high profile Arabic artists will be featured, including Amir Reza Koohestani in Retour, a piece about how parents speak about Iranian society to their children and Mama by Egyptian Ahmed El Attar, which poses the question of how mothers give birth to machismo in their children. The Avignon Festival takes place in 2018 between July 6th and July 24th.