The Top Chocolatiers in France for Sweet Tooths

The best chocolatiers in the world agree that the process of making chocolate is as much an artistic as a culinary one, where shape and smell rival flavour and texture in importance. Our guide to French chocolate explores the dramatic origins of this wonderful treat and showcases some of the best chocolate makers still working today. 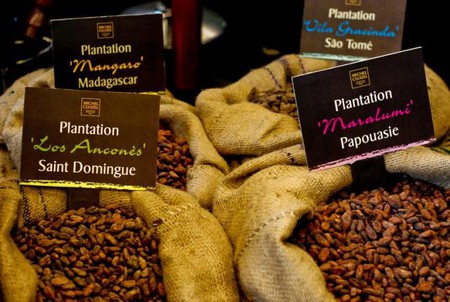 Chocolate, the sweet treat that has captivated taste buds the world over since the 1500s, has exploded into a global economical and cultural phenomenon. The origins of chocolate and the humble cocoa bean can be traced back to 1900BCE in Mesoamerica, with evidence of cocoa beverages linked to the Mokaya and other pre-Olmec people. Chocolate came to prominence during the heights of the Mayan and Aztec empires, before arriving in Europe at the court of Spain, courtesy of explorer Christopher Columbus, and, later, Conquistador Hernán Cortés. The word ‘chocolate‘ itself originates from the Aztec Nahuatl word xocolātl, meaning ‘bitter water’.

Chocolate first arrived in France from Spain in 1615, when infanta Anne of Austria, introduced the chocolate drink to her new husband, Louis XIII of France. The French court quickly embraced this sweet delight and chocolate fever quickly swept through Paris, and the whole of France, with chocolate drinks and chocolate sweets in high demand. Chocolate quickly gained a reputation as an aphrodisiac and became intrinsically linked to the arts, which it inspired.

The contemporary chocolate industry in France owes much of its beginnings to the Jewish community who had fled to Bayonne from Portugal in the early part of the 16th century to escape persecution from the Spanish Inquisition. The first chocolate factories were established in Bayonne and the local residents quickly learned the arts of chocolate making. But in the 17th century, the Jewish community were facing eviction from the region, as the anti-Semitic chocolatiers’ guild tried to remove Jewish hands from the chocolate industry altogether. Head of the Chocolate Academy and CEO of Bayonne chocolate firm Daranatz, Jean-Michel Barate, puts it succinctly:

“..after they introduced chocolate in France, Bayonne Jewry was gradually evicted from the chocolate industry in the 17th century by the very people who had learned everything from them.”

French chocolate is less well known than its Swiss and Belgian cousins, yet its distinctive bitter flavor and delicate artistry are hidden charms waiting for discovery. The French chocolate scene rapidly developed over time and many prominent chocolatiers have appeared throughout history.

Patrick Roger, one of France’s foremost contemporary chocolatiers, describes himself as a “chocolate artist” and his creations are truly fantastical, inspiring and delicious. A “sculptor of flavours”, Roger painstakingly handcrafts chocolate into beautiful works of art, combining subtle flavours and sublime, textured aesthetics. Roger travels the world to seek out exciting new ingredients and tastes for his ingenious lifelike creations and designs. 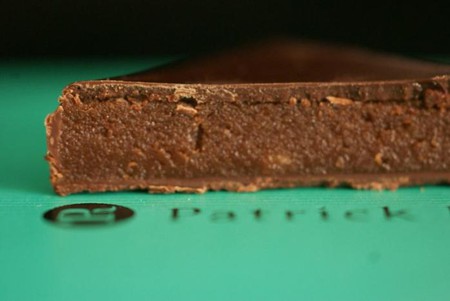 Formed in 1922, Valrhona is the culmination of work laid out by pastry chef Mr Guironnet, from the Rhone Valley, and his Vivarais Chocolate Factory. His philosophy is to “use the best to make the best”. Valrhona’s uniqueness is developed through sensorial expertise, a tool that embraces the five senses: sight, touch, hearing (crisp/crunch), smell and taste. These senses are considered during the creation of each and every product. 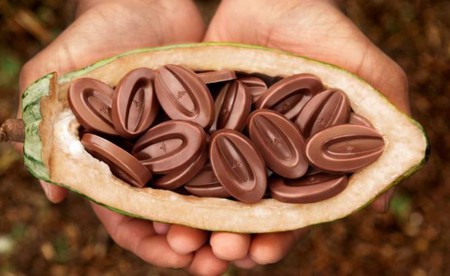 Martin Pierre Cazenave founded Cazenave in 1854. Considered some of the finest-quality chocolate in France, Canzenave uses beans that are imported from South America and the Caribbean. The consistent formulas and recipes that have made Cazenave so successful have endured to this day. 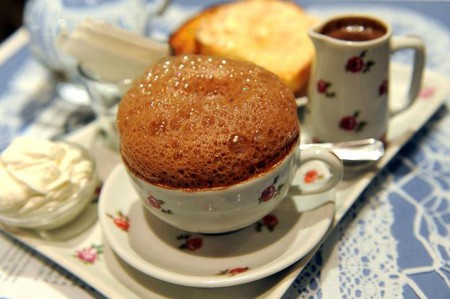 Hirsinger was created by Edourard Hirsinger, a fourth-generation chocolatier from a family who have been creating renowned chocolates since the 19th century. Notable specialties include panettone tartlets and chocolate-coated spice cookies with salted caramel. The chocolates are created in several different styles and shapes and include the Absinthe Bar and the only four-textured chocolate in France, known as the Quattro. 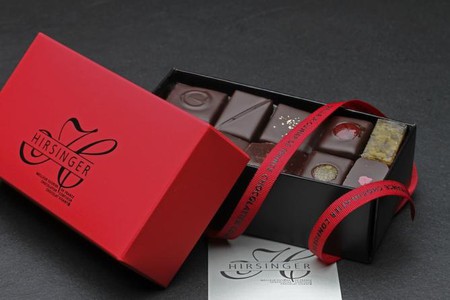 In 1925, master chocolatier Joseph Richart opened his chocolate factory on Crox Rousse Hill in Lyon. The family has continued this business to the present day and has become popular in both France and the USA. One of Richart’s unique points is that the chocolates are created in seven different flavored themes. These themes are known as “families” and include Balsamic, Roasted, Fruity, Citrus, Herbal, Floral, and Spiced. Each of these themes encompasses different flavours that best typify the variety of chocolates created. Richart’s family recipes have won the Ruben Bleu seven times; France’s most prestigious confectioners’ title. 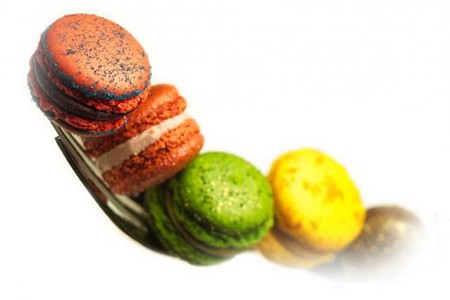 The Future of Chocolate

The Festival of Sense & Chocolate has been held in the Paris to celebrate all that we love about chocolate, and to educate industry specialists on sustainability, raw material quality, and levels of cocoa from country and region, to hone the art of chocolate making, as well as cater to specific arts and tastes.

Economically, chocolate’s popularity has grown and remains strong today. A Euromonitor report has shown that by 2012, there was still no slowdown for general consumption of chocolate confectionary goods. The report continues:

‘Even if consumer confidence should further decline, marketers believe that consumers could switch back to the most basic or affordable items in chocolate confectionary, as seen in 2008/2009, but with a difference this time around – the fear of being overweight or obese seems to have subsided from the beginning of the review period.’
In 2012, a KPMG report detailed its findings concerning the future of the chocolate industry. The report reveals that ‘the industry has weathered a global recession and is still seeking growth… with some markets saturated.’ Emerging markets include India, China, Russia and Mexico, but in Western Europe and North America advertisers need to find innovative new ways to advertise and sell their chocolate produce to saturated markets.
Indeed, the very definition of chocolate is a hot topic nowadays. There has been considerable debate over what constitutes a product being given the title of ‘chocolate’. This debate has sprawled over into a 30-year ‘war’ which has seen rival opinions being passed around the European Union, as reported by The Guardian in the UK. Chocolate purists France, Belgium, Italy and Spain have long debated this issue, with claims that British chocolate is impure due to high levels of vegetable fat and milk. In the year 2000, a deal was accepted that allowed the UK to export British chocolate to Belgium, France, Italy, Spain, Luxembourg, Germany, Greece and the Netherlands, under the ‘family milk chocolate’ label, calming chocolate-associated tensions within the Union. 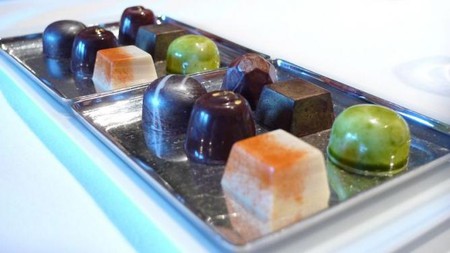 So what does the future hold for chocolate in France? In a nutshell, the word most appropriate seems to be ‘growth’. Chocolatiers the world over are continually thinking of new ideas to change the shape, texture, color and taste of chocolate. Many new flavors and sensations are being created, with savory and sweet combinations proving more and more popular. This is already something French customers are used to, however. Experimentations with the look, feel and sensations derived from eating chocolate are very much familiar to French audiences, although the rest of the world is slowly catching up. The French chocolate-making industry can certainly capitalize on marketing innovations with new technologies and advertising approaches. Companies can create apps to detail historical favorites, and the latest mouthwatering creations. There may even be the possibility to venture into the world of creating personaliZed chocolate products for consumers on a larger scale.
But more basic factors also need to be considered. Sustainability and health concerns play an ever-increasing role in the industry, with Fairtrade cocoa being embraced by many major chocolate manufacturers, even in France. The health benefits of eating dark chocolate regularly consume health sections of media websites and this is another area where there is room to melt the mould.
The industry in France is a partially opened chocolate box, and if inventive ways of marketing are pursued, the box will fully open. The challenge is to maintain and preserve traditional approaches to the industry in France, while marketing to a global audience. A solution? Modern technology; step into the world of mobile apps and market to younger audiences, introducing the French arts of the chocolatier, and showcasing the traditional, via visual arts and classical branding.