The Best Things to Do in Vaison-la-Romaine 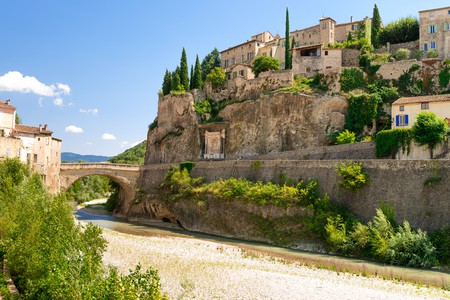 Vaison-la-Romaine is an idyllic village to visit in the south of France. It has Roman ruins, an ancient castle perched high on its hill, a wonderful local market where time has seemingly stopped still and wonderful walking opportunities on the side of a bucolic river.

Vaison-la-Romaine is a village of two historical halves. The river Ouvèze runs through the middle of the present-day village but in the Roman era, the town was restricted to the northern side while in Medieval times, it spread to the other bank. Historically, it’s a place that traces southern France’s entire past. There is evidence of dwellers from the Bronze Age, after which the Celts arrived to build camp before the Romans conquered the region in 120 BC. Under Roman rule, the town thrived, the evidence of which are the remains of a large Roman theatre as well as elegant villas lining the river, which are decorated with intricate mosaic tiles. From the fifth century onwards, Christianity came to the area and parts of the town – notably the southern side of the river – began to be owned by rich Counts and Bishops. It is here today that you can wander the medieval town, following the winding alleys uphill to the large castle. 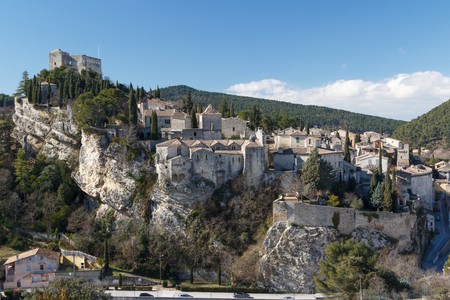 The best things to do

There are some wonderfully diverse things to do in Vaison-la-Romaine encompassing the area’s geography and history. 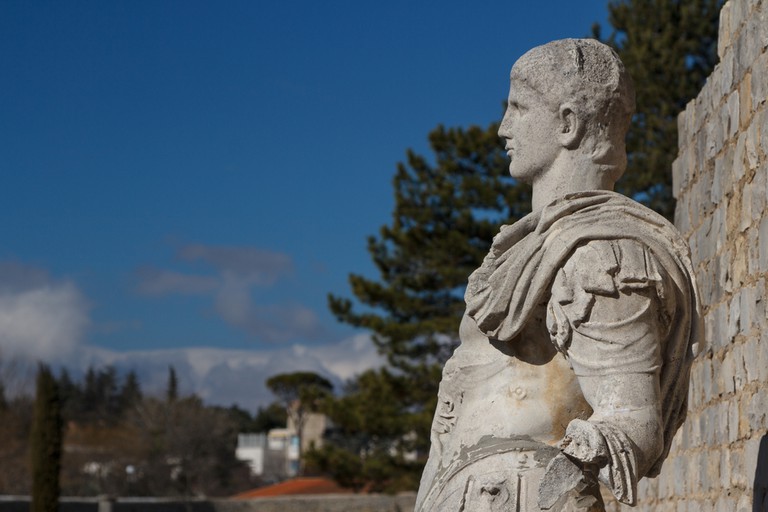 The Roman remains at Vaison-la-Romaine are all in good condition for tourists to visit. First, there is the 2,000-metre-square villa of Apollo, which boasts the remains of marble flooring and a thermal bath. Secondly, an immense 3,000-metre-square house, La Maison à la Tonnelle, which was divided into a public section for entertaining, a private home for the family and another part that housed animals and grain. The third attraction is a sanctuary where Roman people could pay homage to local and national personalities and the architecture reflects this; it’s full of grand doorways, elegant columns, a big pool and many statues of Emperors and their wives. Finally, wander the remains of the Roman theatre, which was probably built in the first century AD and which has been protected as a historical monument since 1862. This last is an impressive relic of a bygone age when it could entertain up to 3,000 spectators at a time. It was probably used until the fifth century at which time (in the year 407) Emperor Honorius ordered the dismantling of any pagan monuments. The whole site is currently undergoing restoration and is well worth a visit. 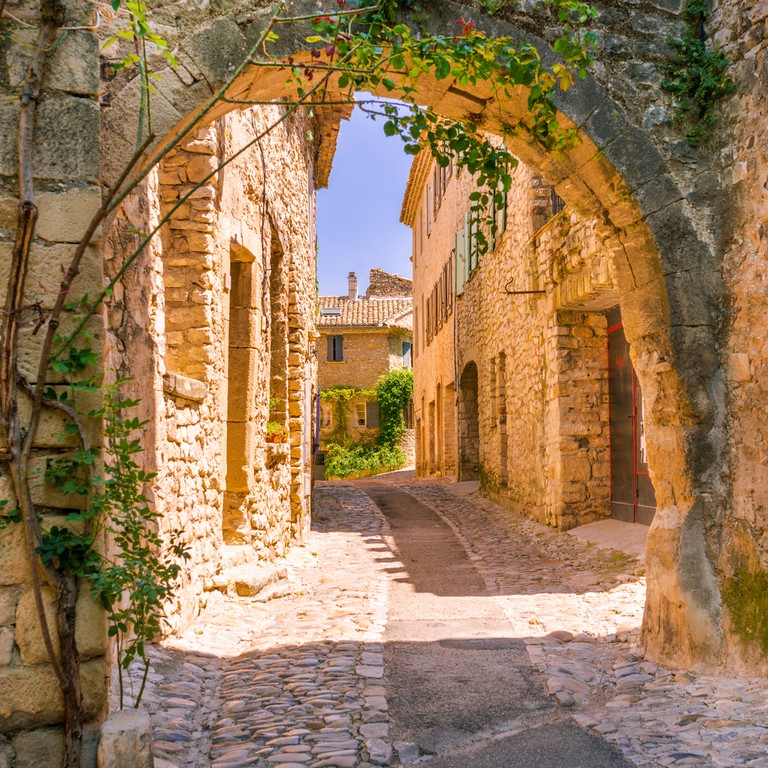 The Romans retreated from Vaison-la-Romaine in the fifth century and the village was incorporated into the area known as Provence. Throughout the Middle Ages, many local families contested ownership of land and their right to rule the region. The pope eventually stepped in to solve the town’s disputes and, in 1251, allocated land and villas under a treaty. The pope took ownership of the castle, Château Comtal, at the same time and the village gradually built itself up around the hill below. Present day locals mostly live on the opposite side of the river, although there are still some small cottages and the occasional shop on the path up to the castle. Wander the sublime alleys draped with ivy, take photos and eat a crêpe or ice cream before you leave. 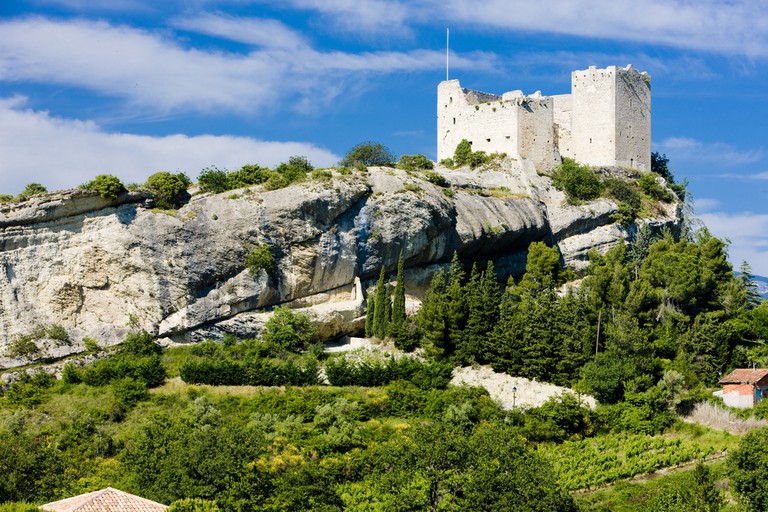 Overlooking the entire town, perched on a giant rock, Château Comtal offers unrivalled views of the surrounding area. There are few signs so just keep walking uphill to find it, through the winding medieval streets – it can be steep in places but there is a handrail to help on some of the several routes up. Château Comtal was built in 1185 to celebrate the Count of Toulouse’s reign and was later fortified in the 13th century when a dungeon was added. The Catholic Church took possession in 1274 and it’s now run by the French government as a historic monument. 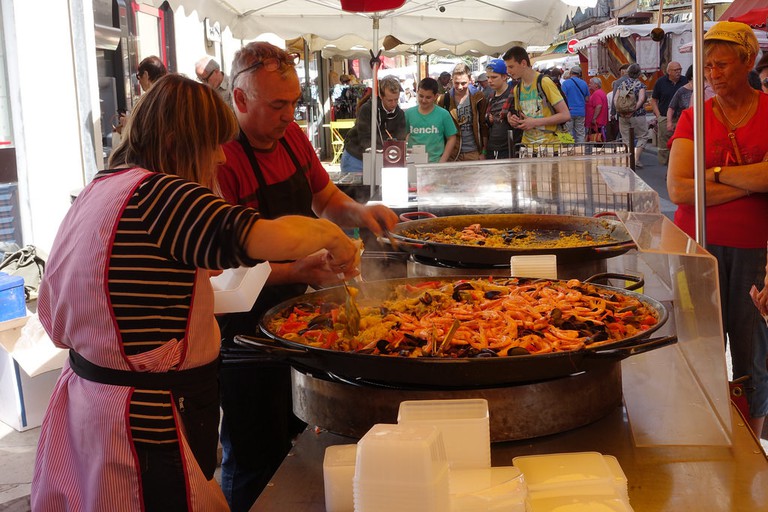 The Tuesday food market at Vaison-la-Romaine |  © Edna Winti / Flickr
Ever since 1483, Vaison-la-Romaine has held a weekly market but it wasn’t until Pope Clement VII fixed the day by decree in 1583 that it became a regular Tuesday event. It runs from 8am to 1pm and takes over the whole town – on the streets, pavements and in every alleyway – selling local produce as well as everyday items. Buy a plate of delicious prawns or paella from a stallholder, take a seat and watch the market people go by, much as they have for centuries.
Open In Google Maps
Place François Cevert, Vaison-la-Romaine, 84110, France
Give us feedback 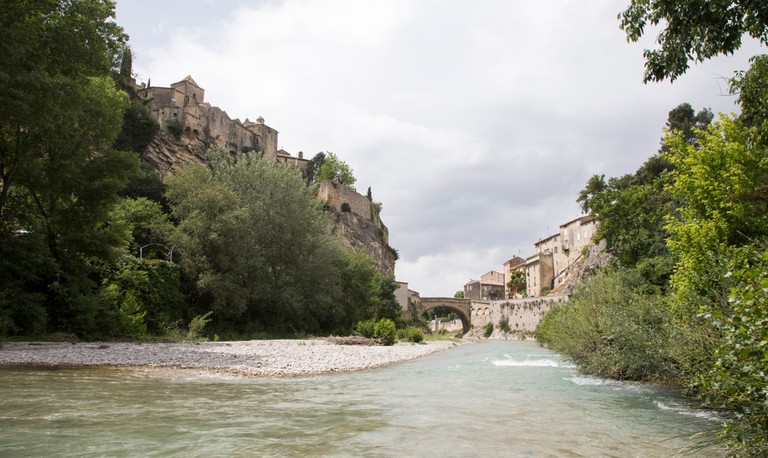 The river Ouvèze made headlines 26 years ago in the worst possible way; after several days of torrential rainfall in September 1992, the banks flooded and Vaison-la-Romaine was inundated with water on both sides. Cross the Roman bridge built in the first century, which links the Medieval and Roman parts of the town, and visit the memorial commemorating the 38 dead. You can also see the plaque that records the astonishing level the water reached – on that fateful day, the river was above head height on the bridge, which itself is several metres above current day river levels. Now, the river is a star attraction in a more positive way. Take a walk along its banks, have a picnic on the tables underneath the Roman bridge and paddle your feet in the much calmer river of today.

Open In Google Maps
France
Give us feedback 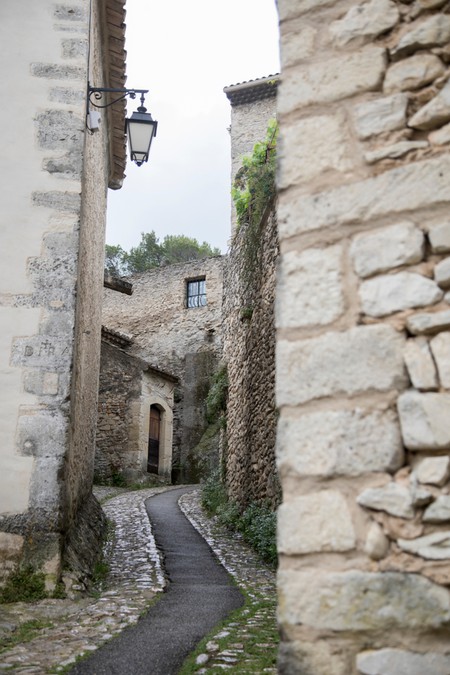