The Best Things to Do in the Languedoc, the 'Other French Riviera' 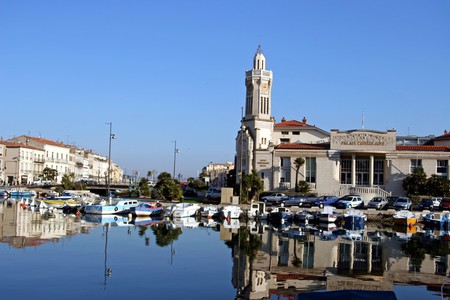 The Languedoc region in the South of France is known by many as the ‘other French Riviera’ and is often thought of as the Côte d’Azur’s unspoiled neighbour. With 300 days of sunshine a year, vast Mediterranean beaches, world-class wines and pretty hilltop villages, the Languedoc comes up trumps in everything you could possibly want from a southern French getaway.

Stay in a chic coastal town

The Languedoc happily occupies a lot of Mediterranean coastline, which means gorgeous coastal towns can be found from its border with Provence in the east all the way around to Spain. Collioure, not far from the Spanish border, is one of the Languedoc’s hidden gems. Not completely hidden, of course, as in season, the pretty streets are full of visitors and locals alike. Another firm favourite in the region is Marseillan, a picturesque port town that sits on the large lagoon, the Étang de Thau. 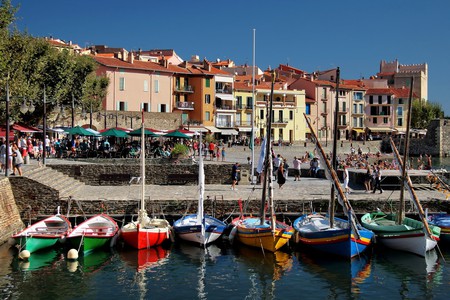 Collioure in all its colourful glory | © Jorge Franganillo / Flickr

An estimated one in 10 bottles of the world’s wine was produced in the Languedoc region during the 20th century. As soon as you enter the region, whether you’re on a motorway or a country lane, vineyards edge the side of the roads and the undulating hills are striped with tended vines. There’s no better place to sample wine than in a region whose history is so interwoven with their vines. Wherever you’re staying in the Languedoc, just ask at the local tourist office for wine tour information. You’ll be able to choose from a large range, from a local guy in the nearest wine cellar talking you through his wines to day trips to the largest and most prestigious wineries in the region. 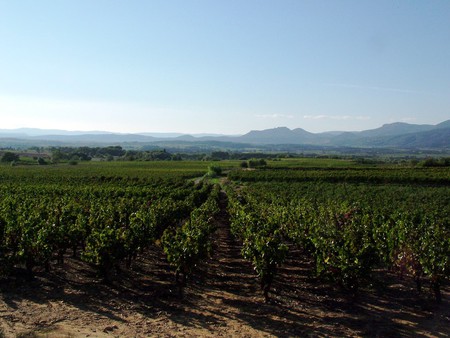 Lounge beach-side at the resorts of the Languedoc

One of the things that draws visitors to the French Riviera year after year is its heady combination of sea and sun. The Languedoc has some of the most established beach resorts in France and they are often at reasonable prices. Le Cap d’Agde is the most visited in the region and a part of it is the biggest naturist resort in Europe. Smaller resorts, such as St-Cyprien-sur-Mer and Argelès-sur-Mer near the Pyrenees, are especially attractive due to their proximity to – and therefore, picturesque backdrop of – the mountain range. 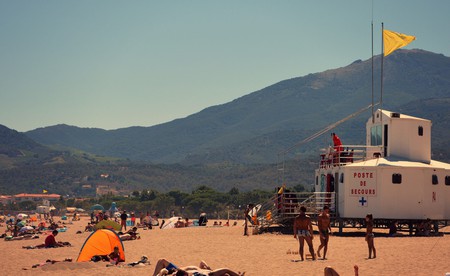 Whichever part of the region you’re in, make sure to live the traditional Languedoc village life for a day. Uzès is often the most favoured village in the region. This Roman village is a delightful mix of tree-laden squares and impressive sites, such as Le Duché, an imposing castle with incredible views of the countryside. Another beauty is Roquebrun, often called the ‘Little Nice’ of the Languedoc. Its location is what makes this village so desirable: perched on the banks of the river Orb, mountains rise up behind it and an old stone bridge crosses the river where swimmers frolic on its banks in the summer. 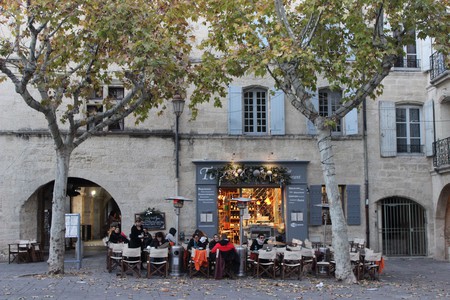 Lose yourself, but not your way, in the Languedoc wilderness

The Cévennes is truly a wilderness – or as close to it as you can get. The national park partly falls within the boundaries of the Lozère, the most sparsely populated départment in France, and so you can find yourself spending 12 hours on the peaks or in the valleys of this dramatic landscape without seeing a soul. The beautiful Narbonnaise en Méditerranée Natural Regional Park, which lies just to the west of Narbonne, is also a hiker’s paradise, with incredible views back across the Mediterranean. Finally, and most dramatically, the Pyrenees mountain range falls within the Languedoc-Roussillon region, too. Head to the Pic du Canigou mountain peak for an experience you won’t forget.

No city, really, can compare to the French Riviera’s Nice, but the Mediterranean port city of Sète certainly gives it a go. Straddling, almost, the Étang de Thau and the Mediterranean coastline, Sète couldn’t be better placed for a city break in the South of France. Known as the ‘Venice of the Languedoc’ for its network of canals, you can explore the city via boat or on foot and when the sun becomes a bit too overwhelming, head to Plage des Quilles to cool off. If being by the sea isn’t the most important element of your trip, don’t look further than Montpellier, the capital of the Languedoc, for a city break. France’s fastest growing city has the feel of a Paris that has happily been bathed in a golden light for as long as it can remember. 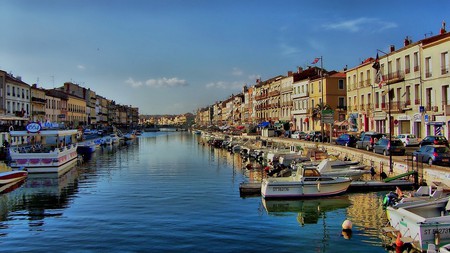 Sète, the Venice of the Languedoc | © briggs321 / Pixabay

Indulge in seafood and other regional delights

There’s one thing you can be assured of when in the Languedoc: eating very, very well. Firstly, if oysters are your idea of heaven, then you must visit the village of Bouzigues, the oyster capital of France. This traditional fishing port on the banks of the saltwater lagoon Étang de Thau has managed to retain its authenticity and charm, while positively buzzing each lunchtime when travellers and visitors flock to its eateries to sample oysters straight from the sea. Other regional seafood delights are bourride, a monkfish stew from Sète and, of course, the ‘catch of the day’ at any restaurant at any time along the Languedoc coastline. Take a look at our article on the 10 foods you’ll find everywhere in the Languedoc. 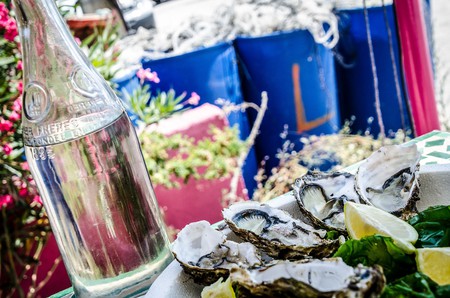 Oysters fresh from the waters at Bouzigues, Languedoc-Roussillon | © Nathalie / Flickr

Delve into the historic pockets of the region

For those interested in delving into an area’s past life, the Languedoc couldn’t offer up a richer history. The hilltop city of Carcassonne, which looks like it’s been plucked straight from a fairy tale, is one of the region’s most iconic monuments. Dating back to the Middle Ages and today being, unsurprisingly, a UNESCO World Heritage Site, the fortified city walls provide an insight into its history. The city of Nîmes, in the east of the region, was an important Roman outpost and bears the beautiful buildings to show for it, such as the Arena of Nîmes. Just away from the city is the Point du Gard, a Roman aqueduct still marvelled at for its engineering and design. To the south of the region, there’s Perpignan, the capital of the Kingdom of Majorca in the 13th century, while the small city of Béziers has recently been labelled the oldest in France, pushing Marseille into second place. 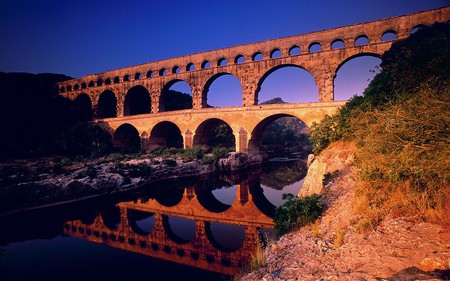