The Best Things to Do in Roussillon 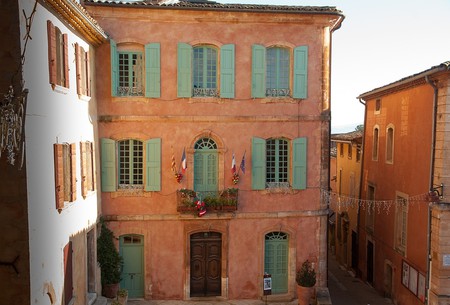 Whether you want to visit the village where writer Samuel Beckett hid during World War II, take a walk along a causeway carved out of ochre rock or simply wander the old streets of what is officially one of France’s most beautiful villages, Roussillon has plenty to offer.

Roussillon is one of ‘Les plus beaux villages de la France‘ – a list that honours some of France’s best rural villages that also boast a rich heritage. And this cultural offering is clear in the village’s pastel-coloured shuttered houses, pretty squares and winding streets. Its surrounding countryside also offers spectacular views and picturesque walks and it’s a great option for a half-day trip from one of the nearby towns or cities.

Roussillon is famous for its ochre rock

High on the hill above a plateau, the village of Roussillon attracts thousands of visitors each year who come, in particular, to see its picturesque red buildings, which are built from ochre, a mineral that naturally occurs in the surrounding cliffs. Throughout the 18th century, ochre was used as a pigment in the textile industry and, in its heyday, hundreds of people worked in Roussillon’s quarries. The ochre differentiates this village from others in southern France with its pink, orange and red hues giving a unique colour to the houses. It is made more impressive by the contrast with the deep-green pine forest that surrounds the village. 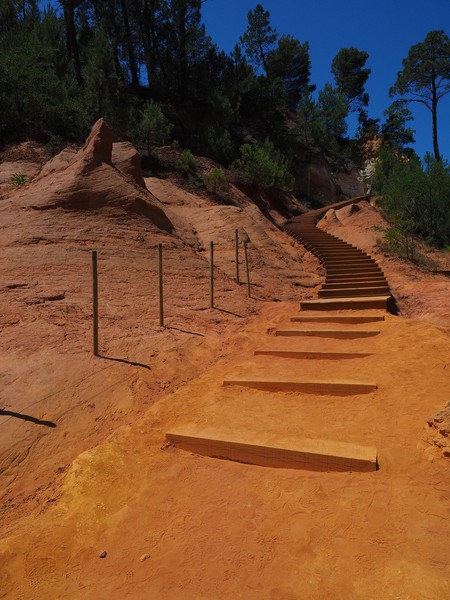 Take in the artsy vibe

Roussillon has a creative feel; surrounded by such stunning scenery, artists have made Roussillon their home throughout the years and no less than eight art galleries are dotted around town. The renowned writer Samuel Beckett hid out from the Germans in Roussillon for three years at the end of World War II between 1942 and 1945. He was heavily engaged in helping the French Resistance in Paris and had to flee the Gestapo. 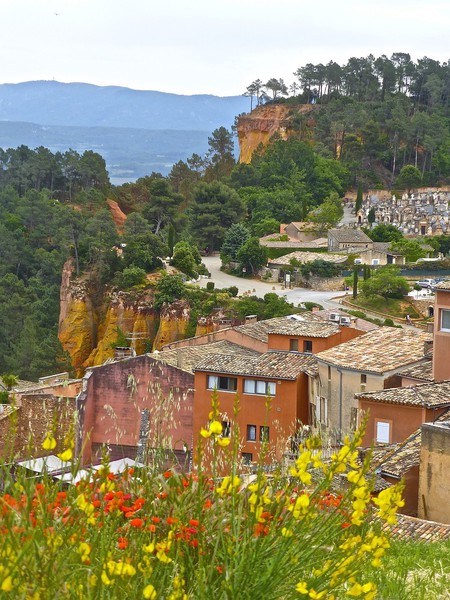 The village of Roussillon | © MemoryCatcher / Pixabay

What should I do in Roussillon? 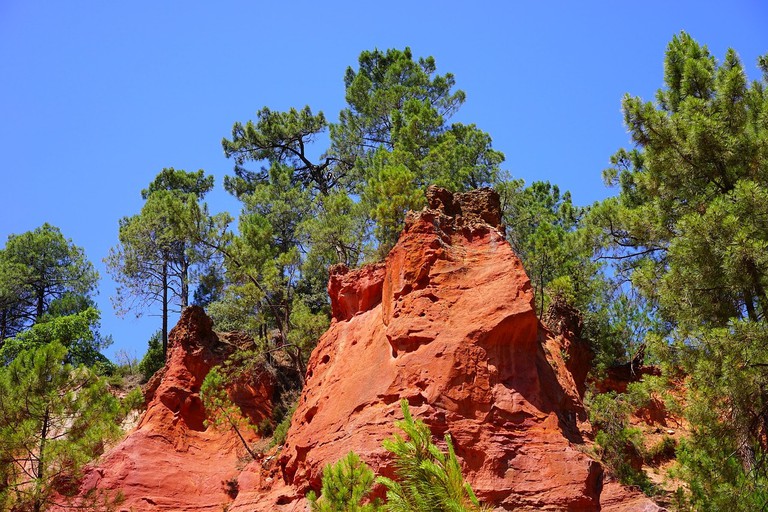 The Ochre Trail is a pathway through one of Roussillon’s old ochre quarries. There are two paths to choose from, one that takes 30 minutes to walk and a longer one that lasts one hour. It’s a great way to see the red sand up close and there are lots of birds and other animals as well as interesting Provençal plants to discover. The hours vary throughout the course of the year. In the summer months, during peak tourist season, the trail opens at 9 am and closes at 7:30 pm. However, during winter, it will open as late as 11 am and close as early as 3 pm, so check the website for precise times. Children under 10 go free, otherwise, the price of a ticket is €2,50. 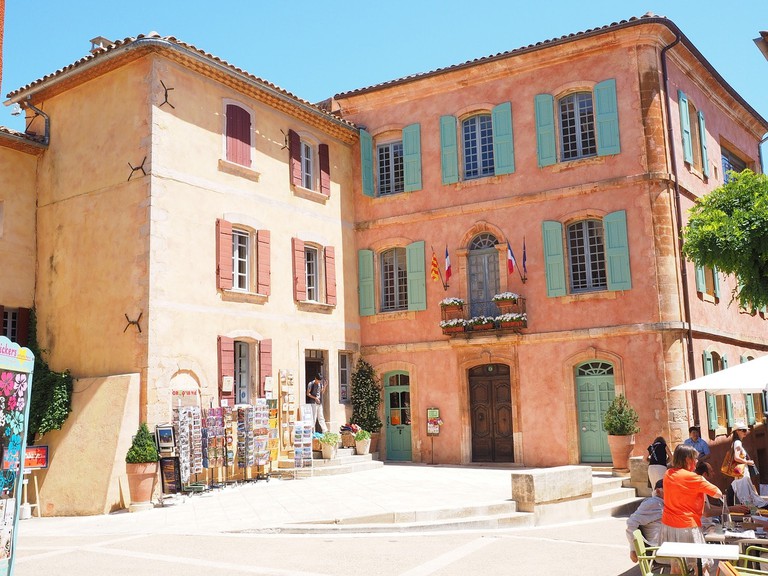 Roussillon is perched on a hillside and the buildings and squares are fitted neatly around it, like a jigsaw puzzle or patchwork quilt of traditional houses. At the top of the hill is the Place de la Mairie or the Town Hall Square. The Town Hall itself is picture-postcard perfect but this is also a good square to sit for a while and recharge your batteries, particularly in the summer heat. One of the few shops in the village is next door to the Town Hall and for a drink or a bite to eat, you could head to one of the facing cafés (these can get busy during lunchtime).

What to know before visiting Roussillon

The logistics of getting in and out of an old village high on a hill can be difficult and parking can be particularly tricky during the tourist season. The small, free car park near Parking Ocres has about 20 spaces but it’s for short stay only. Instead, find a paid parking spot – these are signposted and cost €2 for the day. There aren’t many food shops in the village, but there is a bakery where you can buy sandwiches, pizza and cakes for a delicious picnic.