The Best Things to Do in Crozon, France 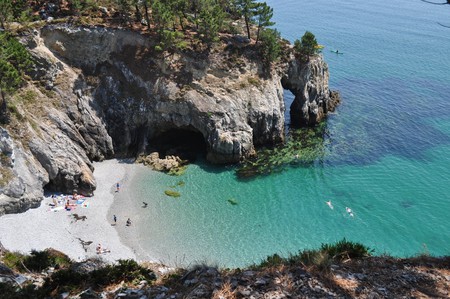 The Finistère department in Brittany is known for its rugged beauty and Crozon, situated on its western peninsula, delivers just that.

The Crozon peninsula has the best of both worlds in the summer. Visitors migrate here in the warmer months to hike, enjoy fresh seafood and explore its hidden beaches and coves, but their numbers aren’t high enough to crowd and spoil what makes this area, known as the ‘end of the earth’, so special. But it’s a wonderful destination year-round, with plenty on offer for all tastes whatever the weather. 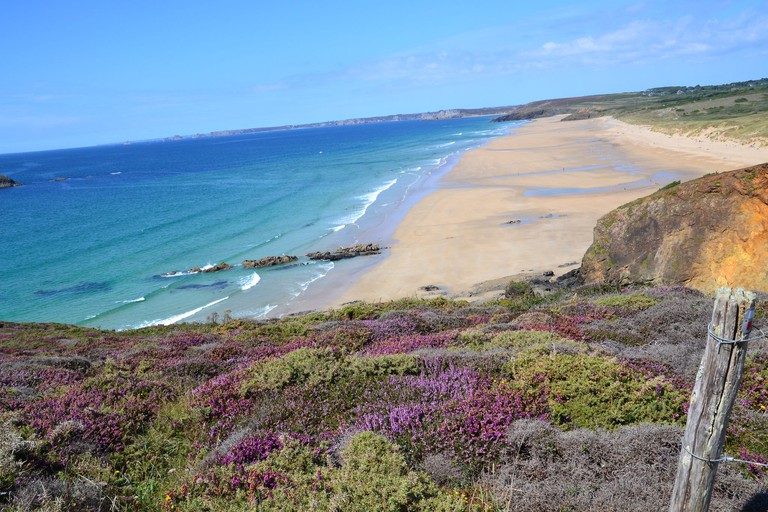 La Palue beach is, quite simply, paradise. The cove is off the Brittany coastal road and stretches out for miles, edged by wild grasses and dunes, unspoiled and beautiful. For surfers and water sports enthusiasts in particular, La Palue is a dream come true. Be aware that swimming isn’t allowed due to the strong undercurrents, but it’s still one of the best spots along the Crozon Peninsula to frolic in the sand and admire the far-reaching views.

Learn about the area's history at Maison des Mineraux

Maison des Mineraux is a fantastic little museum that often gets passed up solely because of its remote location on the Crozon peninsula. Housed in an attractive Brittany building, the museum cleverly showcases the area’s geological historical through engaging exhibitions and displays. There is free parking at the museum and it’s free entry for children under 8, with adult tickets at €4.80.

Get lost in Peninsula le labyrinthe

For those travelling in the Crozon area with children and looking for a cheap activity away from the beach for a few hours, the Peninsula le labyrinthe is an informative and fun choice. This outdoor activity park includes a maze, where the aim is to follow a sequence of clues marked by flags in order to get out. The story changes each year and is actually constructed by the manager, whose designs are inspired by different labyrinths throughout history.

No stay in Crozon is complete without a large platter of seafood. Saveurs et Maree in Morgat is the best place to indulge in a restaurant meal. For a market-style venue, try The Blue Wave Fish – if you’re self-catering, head here in the morning to see what the fishermen have brought in.

Hike some of the GR34

The GR34 trail is one of the most scenic walking routes in France. Starting at the iconic Le Mont-St-Michel and hugging the breathtaking coastline all around the tip of Brittany to just south of Vannes, it’s not to be missed when staying in or around Crozon. For the most dramatic views from the coast, travel north of Crozon to Pen Hir Point to begin your hike back towards Morgat and Crozon. The section of the route described falls within the Armorique Natural Regional Park, which boasts pretty, unspoilt paths and stunning, uninterrupted views. 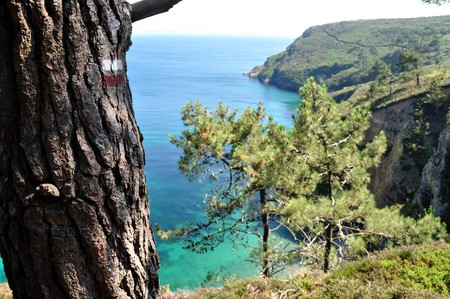 The Festival du Bout du Monde (Land’s End Festival) is a world music and cultural festival that has taken place each August in Crozon for the last decade. Its green, lush setting in the Armorique Natural Regional Park is just 300m from the sea, meaning picturesque views of the Brittany coastline. The festival celebrates the world of mixed music and so there really is something for everyone over the three-day period. Even the littlest festival goers are catered for, with a children’s area and a mini food village serving dishes from around the world. 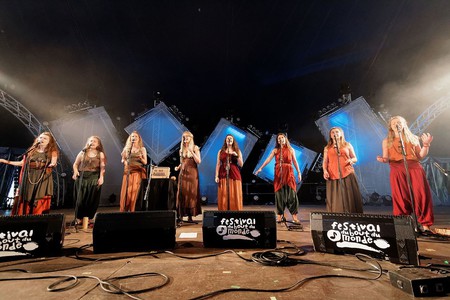 Explore the seaside village of Morgat

A quick hop and a skip from Crozon is the pretty village of Morgat. Fishing used to be big business in Morgat – a sardine and tuna fishing port were housed here at the village’s peak. Today, the port is used as a marina. Morgat is also well-known for its caves, which were praised in the travel writings of Gustave Flaubert. Sainte Marine cave can be accessed by foot, just watch out for the tides. A well-placed stretch of beach in front of the village is the perfect place to hire a kayak or stand-up paddle board and get exploring. 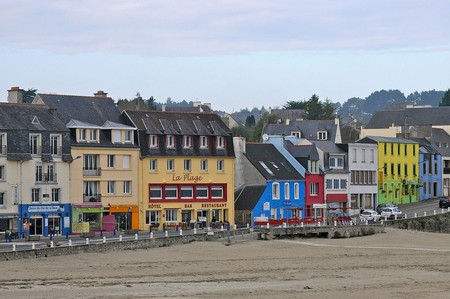 The colourful facades of Morgat in Crozon | © / WikiCommons

If there’s one thing to make sure to do whilst in Crozon, it’s to head to a spot along the coast to watch the sunset. The clear waters of the daytime give way to the golden hues of sundown and the sky above really does look like it stretches on for eternity. Plage de Lostmarc’h near the southern most tip of the Armorique Natural Regional Park has a huge stretch of sand from which to watch the sun fall, but there are plenty of other great options too. Just head to any point on the coast near the village of Crozon to enjoy the Breton coastline in its finest hour. 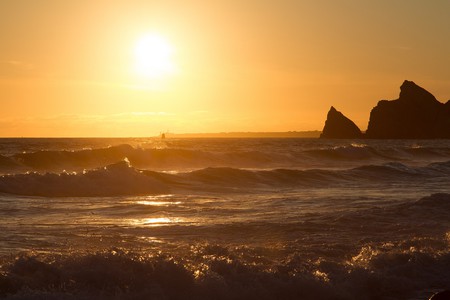