The Best Things to Do in Compiègne, France 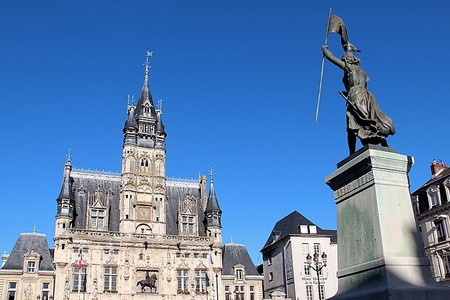 A 45-minute train ride northwest of Paris sits Compiègne, a once Imperial City known for its opulent palace and pivotal role in the First and Second World Wars. While unknown to many visitors to France, the town boasts a few visit-worthy monuments and relics from its varied past, from the Roman era to the 20th century. Below, we’ve listed out the best things to do in Compiègne, France.

Feel like royalty at the Imperial Palace of Compiègne

The Imperial Palace of Compiègne (also known as the Château de Compiègne) was initially conceived for Louis XV and would later go on to be restored by Napoleon. It was one of the three palaces that held a seat in the royal government, the others being Fontainebleau and Versailles. Neoclassical in style with a more sombre facade compared to its counterparts, here, it’s the inside that dazzles. In true Napoleonic fashion, the Emperors luxuriously decorated the interior during their residencies here in First and Second Empires. Housed in the castle are three museums for its guests to visit: the apartments, the Museum of the Second Empire and the National Car Museum. 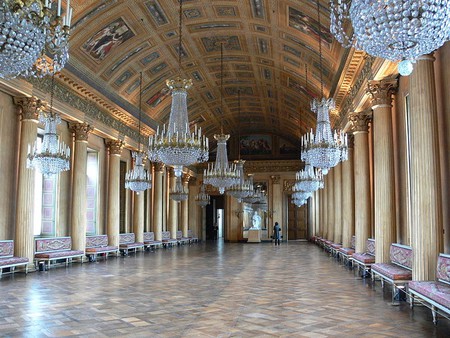 Nestled in the Compiègne forest, the Glade of the Armistice (known as Clairière de l’Armistice in French) is where Germany and the Allied soldiers of the First World War agreed to end their battles on land, sea and air. Later, during the Second World War, Adolf Hitler selected this same spot to sign the Armistice of June 22, 1940, after Germany conquered the French during the Battle of France. The site was destroyed just three days later, though it was rebuilt after the war. Today, it is a compelling war memorial that bears the railway site where the armistice took place and a replica of the carriage in which it was signed. 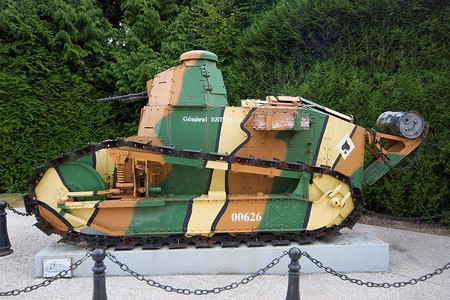 The Museum of Historical Figurines (Le Musée De La Figurine Historique) displays around 45,000 figurines in dioramas depicting significant events in French and European history. Battles represented by these miniature toy armies include the War of Troy, the Battle of Waterloo and the Battle of Normandy in 1944. While you’re here, be sure to pass by the city hall located right next door; a stunning Gothic-style building that’s sure to catch your eye. 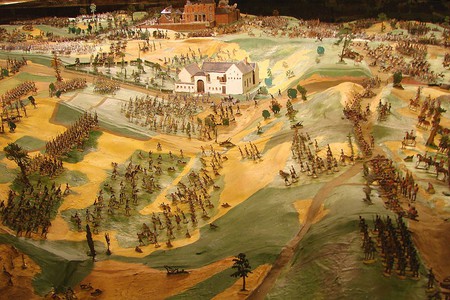 Check out art and artifacts at the Antoine Vivenel Museum

The Antoine Vivenem Museum (Musée Antoine Vivenel) is an art and archaeology museum that was gifted to the city of Compiègne by local architect, Antoine Vivenel, in 1839. His impressive collection of art ranges from the antiquity to contemporary in the form of sculpture, painting and archaeological findings. Thanks to continued support and donations, the collection continues to grow. Especially prized possessions are the museum’s ancient artifacts from Greece, Italy and Egypt (according to Vivenel, ‘a museum without a mummy, is not a museum’). 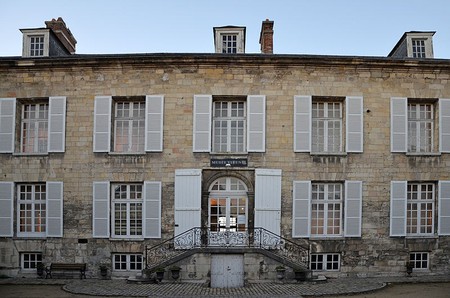 Outside the Vivenel museum in Compiègne | © Pline / WikiCommons

Gaze at the Gallo-Roman ruins in Champlieu

A short 15 kilometres south of Compiègne rests the ancient Gallo-Roman ruins of Champlieu. The site dates back to the 1st century and includes a Roman theatre, approximately 70 metres in diameter that could accommodate up to 3,000 guests, thermal baths and what appears to be the foundations of a chapel. The ruins are incredibly well-preserved and are free of charge to visit. 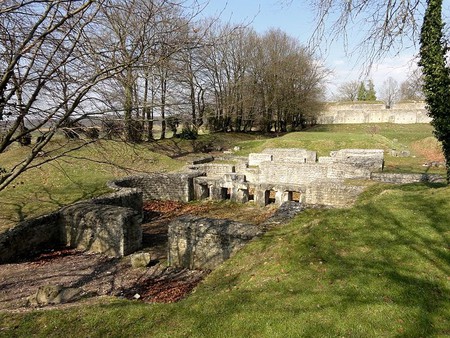 Even before construction of the Compiègne Castle, the area was a favourite holiday spot for French monarchs due to its prime hunting grounds. While hunting still takes place here (by everyday people – not royalty), the forest also sees many walking trails and bike paths that are asking to be explored. Be sure not to miss the Avenue de Beaux Monts. This beautiful five-kilometre avenue was created in the 19-century by Napoleon I for the Empress Joséphine. The walk begins from the castle and climbs up to a 100-something metre lookout over the estate and surrounding woods on the other end. 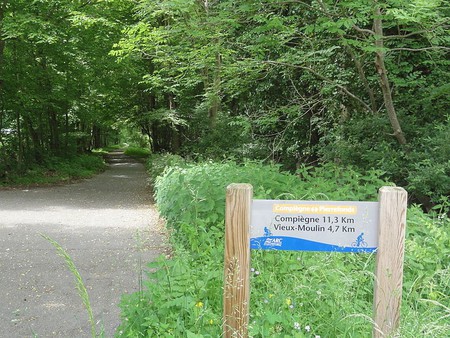 Pop by the Saint-Jacques Church of Compiègne

As with all French towns, Compiègne is no exception in bearing a stunning church to anchor its city. The Gothic Saint-Jacques Church is also no exception when it comes to the elegance that blankets the entire town, a reflection of its regal roots. Adorned in 18th-century marble and wood panelling, Saint-Jacques was the parish church of the king and his court. It holds UNESCO World Heritage Site status under the Routes of Santiago de Compostela in France. 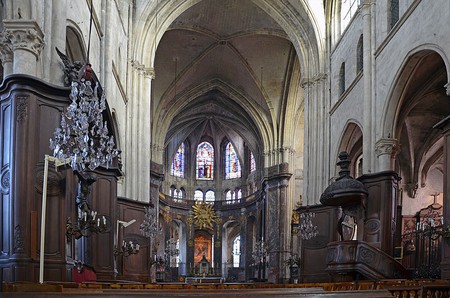 A look inside the Church of Saint-Jacques, Compiègne | © Pline / WikiCommons

Catch a show at the Imperial Theatre

In 1866, Napoleon III decided to erect the Imperial Theatre as a place to entertain his court. Work first began in 1867 and continued until the outbreak of the Franco-Prussian War in 1870. The Empire collapsed after the Battle of Sedan and the plans to finish the theatre subsequently faltered. In 1987, an association in Compiègne gathered to restore the theatre per its original intent and its successfully reopened four years later, offering the townspeople of Compiègne a place to enjoy ballet, opera and theatre performances. 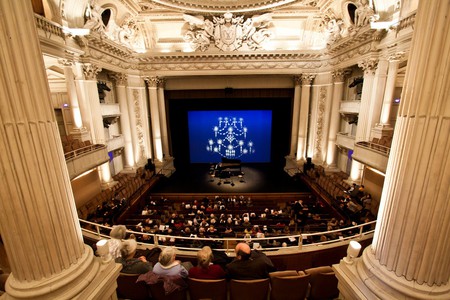 On the other side of the forest from the Compiègne Castle sits the Pierrefonds Castle. First built at the end of the 14th century by Louis I of Orléans, it was transformed by the architect Viollet-Le-Duc under the rule of Napoleon III in the 19th century. A visit here feels like a real fairytale, with the castle’s drawbridge, ornate decor, towers and spires emblematic of Medival times. It’s even said that its romantic design was the basis of inspiration for the castle witnessed in Disney’s Cinderella movie. 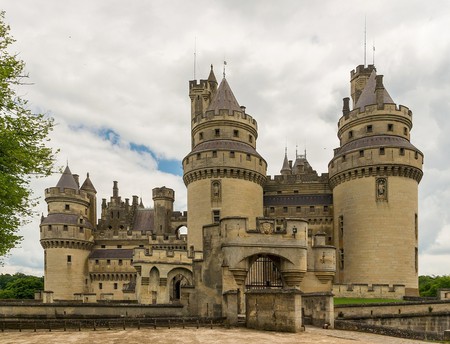 Facade of the Pierrefonds Castle | © skeeze / Pixabay
Give us feedback