EUROPE
/
FRANCE
/
BORDEAUX
/
Things to Do

The 11 Best Things To Do in Bordeaux, France 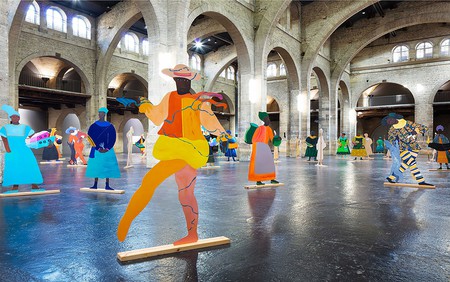 Renowned for its world-class wine, Bordeaux has long been a stronghold for vino aficionados. Taking in the best of local arts, culture and cuisine, discover the best things to do in Bordeaux.

A break in “La Perle d’Aquitaine” offers the chance to explore some of Bordeaux’s most impressive architecture, delve into the city’s famed gastronomy and wine culture, and check out the cutting-edge contemporary art scene. What’s more, your memories of Bordeaux don’t have to fade – pick up a souvenir at one of the city’s friperies (thrift shops) or a traditional Bordelais market. 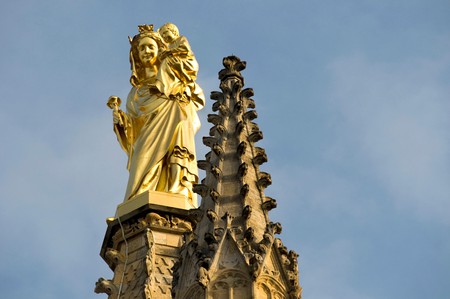 Drink in a panoramic view of the city from atop the Tour Pey-Berland. This still-functional 15th-century bell tower is a prime vantage point for orienting yourself, and the terrace’s helpful monument markers make scouting out the city’s key sights a breeze, so consider visiting at the beginning of your stay. Entry is €6 (£5.25) per person, but if you’re under the magic age of 26 and an EU citizen you can climb the tower for free. Refuel after the 233-stair workout with a bite to eat at the nearby Horace café and restaurant, known for its speciality coffee and ever-changing menu of vegan delights. 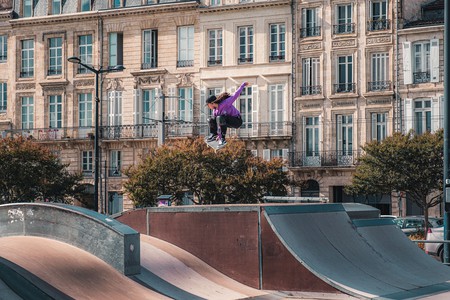 Bordeaux is a magnet for skaters | © Teddy Verneuil / Bordeaux Tourisme

When you step foot into Bordeaux, you’ll find that nearly the entire city is on wheels – from scooters and skateboards to bikes and rollerblades. The region’s flat terrain has made the city’s streets, especially the pedestrian-friendly Quais that snake along the waterfront, a magnet for skaters of all levels, according to Bordeaux roller derby player Sophie Lacroix. Instead of cursing every time a pint-sized Tony Hawk nearly sends you flying, Lacroix suggests taking a detour to see the professionals throw down at Skate Park Colbert along the Quais or across the river at Skatepark Hangar Darwin. Better yet, stop by the Bordeaux Roller Derby Club to bear witness to a gloriously skilled (if aggressive) display – the club’s Saturday practices (10.30am to 8pm) are open for public viewing. 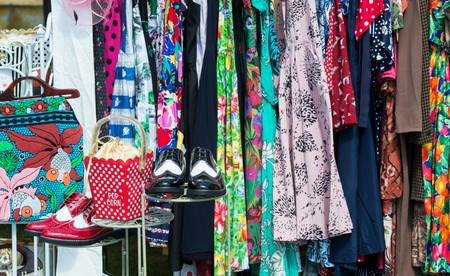 Grab a vintage item at a ‘friperie’ | © Tim Gainey / Alamy

When exploring any given corner of the city, you’ll likely stumble upon one of Bordeaux’s thrift boutiques, or friperies. Thrifters of any pay grade and fashion persuasion should find a shop that’s to their liking. For a memorable find, check out Le Fil à Retordre, a light-filled hole-in-the-wall shop that sits at the base of the St Michel Church. The owner collects one-of-a-kind pieces, often silk or impeccably preserved leather, and also sells hand-knitted dresses, custom patchwork overalls and vintage postcards. For the punk traveller, returning to the shadow of Tour Pey-Berland to visit Maxime Troc Mode is a must – the proprietor’s collection of second-hand Dr. Martens boots (in every conceivable colour and print) is staggering.

Get lost in an independent bookstore 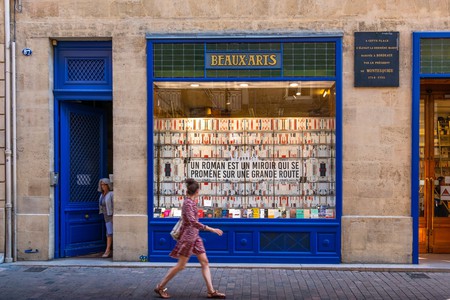 Don’t stress about packing your favourite book for a weekend trip to Bordeaux; instead, stock up on reading material at one of the city’s many independent bookstores. Looking to lose a few hours? Step into the largest independent bookstore in France, Librairie Mollat, which boasts a labyrinth of rooms that’s bound to swallow up even the pickiest reader. For one-of-a-kind souvenirs, visit N’a Qu’1 Oeil in Bordeaux’s Centre-Ville, a self-described “editor’s desk” where you’ll find small press books and assorted paper goods created by local artists, and which hosts a rich timetable of public events. Administrator Alex Giraud suggests checking the boutique’s schedule to see if you’ll be in town for the next Sunday film night (“Le film du dimanche soir”) or the Saturday night meet-and-greet with local artists and authors (“Viens t’asseoir dans mon comptoir”). Just across the street from N’a Qu’1 Oeil, you’ll find a particularly wacky zine maker, Atelier Demi-Cachalot, whose fantastical line drawings, comic books and postcards make economical and compact gifts for any loved ones you left at home. 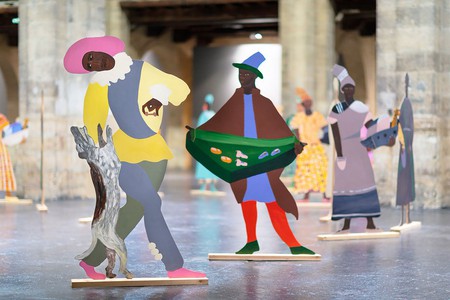 Although the CAPC Musée d’Art Contemporain de Bordeaux is housed in a 19th-century warehouse, the exhibitions at this contemporary art museum are anything but archaic. Modern art fanatics and artistic novices alike should enjoy the museum, which regularly features mind-tickling multimedia pieces and interactive exhibits, such as Lubaina Himid’s immersive Naming the Money installation. You’ll undoubtedly spend hours exploring everything the CAPC has to offer, but if you’re still reluctant to leave the establishment after absorbing all the art, extend your stay by relaxing with a snack in the museum’s tea room or on the rooftop terrace.

Experience Bordeaux’s spookier side with a ghost tour 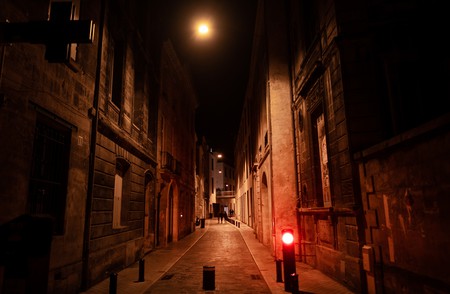 Get to know Bordeaux’s nooks and crannies by taking a local tour with a spooky twist: HUBordeaux’s Free Ghost Tour. Chock full of creepy tales like the story of the werewolf who fell victim to a lawsuit, this deep-dive into the city’s supernatural history should satisfy any inquisitive traveller, from history buffs to horror fans. Contrary to what its intimidating moniker might suggest, HUBordeaux owner Hubert Saint Beat says you don’t need to be fearless to enjoy the tour – in fact, young children are its biggest fans. Travellers on a budget should especially appreciate this free tour’s value – just make sure to show your appreciation by tipping your guide at the end of the expedition.

Shop at a traditional market 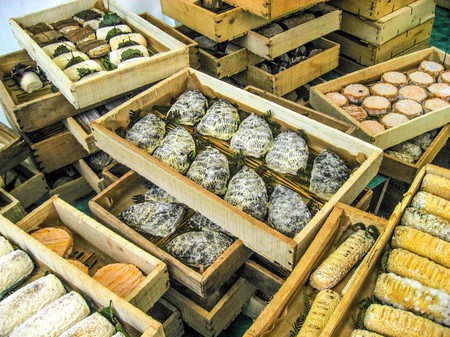 Save some pocket change and take part in a Bordelaise tradition by running errands at one of the city’s countless marchés. For fresh fruits and vegetables, grocer Hanae Zahe suggests swinging by St Michel’s Marché Royal on a Saturday morning or the nearby Marché de Cenon on a Wednesday morning. Marché Royal’s produce selection is the best in the city, but for the introverted traveller, Marché de Cenon provides a calmer market experience, Zahe says. For nonperishables, visit Place de la Victoire on a Friday to pick through the Marché des Bouquinistes’ curated selection of used books and records. Better yet, return to St Michel on Sunday mornings to witness the Brocante du Dimanche, a bustling flea market boasting everything from quirky brooches, to reupholstered retro furniture and packs of vintage polaroid portraits. 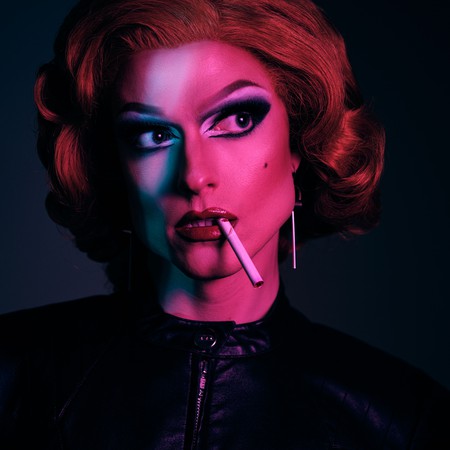 Drag nights are rising in popularity in Bordeaux | © DaveOverThere / 500px

For an evening you’re unlikely to forget, take in one of Bordeaux’s drag performances. Drag is experiencing a renaissance in Bordeaux, so connoisseurs can have their pick of the city’s many drag houses; check out Instagram-based promoter Drag Bordeaux for an overview of all upcoming shows or prioritise performances by the leading drag house La Casa de las Maryposas. The drag queens and kings of Bordeaux are known to perform in some of the city’s liveliest bars, including Central do Brasil, HMS Victory and IBOAT, so rest assured your night doesn’t have to end when the show does.

Stroll across the Pont de Pierre 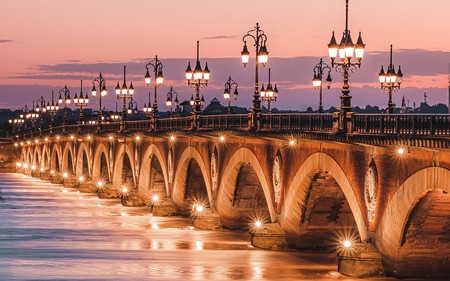 Escape the hustle and bustle of the city centre with a walk across Bordeaux’s oldest stone bridge, the Pont de Pierre. This early 19th-century bridge was finally closed to all traffic other than pedestrians and public transit in 2017, transforming it into the ideal destination for carefree promenades and the obligatory skyline photo shoot. Save your walk until after dark by savouring a few drinks beforehand at nearby speakeasy CanCan – you’ll be treated to a view of the city glittering over the Garonne River, a sight difficult to get from any other location in Bordeaux.

Indulge in the best canelés in town 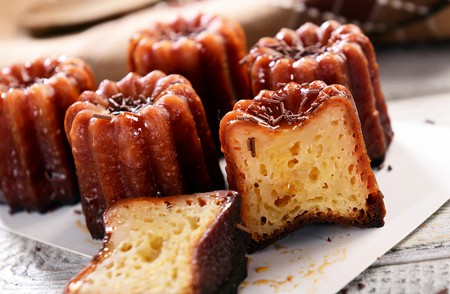 No Bordeaux trip is complete without a taste of the city’s signature pastry: the canelé. These chestnut-coloured, top hat-shaped delicacies are one of many testaments to Bordeaux’s alcohol culture; inside the canelé’s crunchy outer layer, you’ll find a syrupy, spongy dough soaked with rum. The sweetest and most widely appealing rendition can be found among the platters of pastries at Le Boulanger de l’Hôtel de Ville for under €2. However, if you’re craving the heavy rum overtones of a traditional canelé, La Toque Cuivrée is the snack stop for you.

Sample the best of Bordelais vineyards 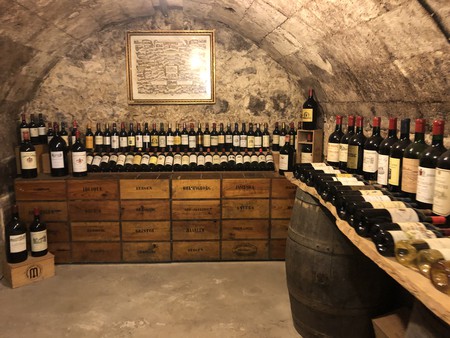 Educate yourself on what makes Bordelais wine so special by visiting the Musée du Vin et du Négoce de Bordeaux. Housed in an early 18th-century wine cellar in the Chartrons neighbourhood, the museum offers a crash course in wine history, production and commerce specific to the Bordeaux region. If the museum’s complimentary wine tasting has you on a boozy roll, trek back to the Centre-Ville to wine bar Bar à Vin for reasonably priced glasses of classic local wines.