The Best Things to Do in Beauvais, France 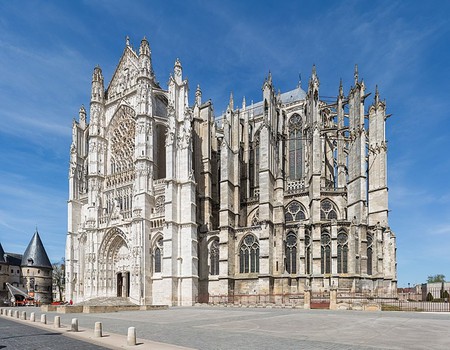 The Beauvais Cathedral and its impressive Gothic-style architecture | © Diliff / WikiCommons

Situated 85 kilometres north of Paris in France’s Oise region, Beauvais is a small city with a vast history. Once a prominent town in northeastern France during Roman times, today, Beauvais is home to stunning churches, fascinating museums and even some relics from the Roman era. If you happen to find yourself in this corner of France, here’s our list of the best things to see and do in Beauvais.

Once an episcopal palace for the Bishops of Beauvais, the MUDO – Musée de l’Oise (Museum of Oise) is stunning both inside and out. It houses a collection of ancient ceramics, archaeological findings, marble statues and paintings from the 19th and 20th centuries. A few of the notable artists whose works can be seen on display here include Jean Auguste Dominique Ingres, Gustave Doré, Camille Corot and Alfred Sisley. 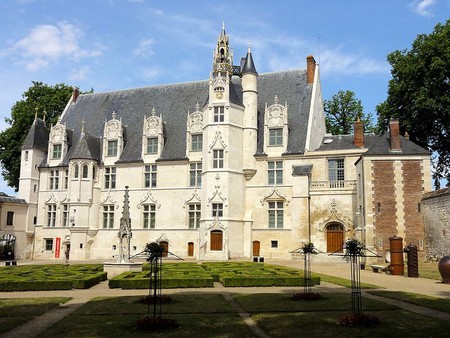 The Beauvais Cathedral (Cathédrale Saint-Pierre de Beauvais) is a jaw-dropping sight thanks to its intricate Gothic facade. Construction of the church first began in 1225 thanks to funding from the count-bishop Milo of Nanteuil. But, the process was slow and arduous. With ambitions to build the grandest church in the kingdom, builders faced numerous issues and structural failures. However, through perseverance, the cathedral became a work of art, as is seen today. Inside is no exception; its choir was deemed ‘the Parthenon of French Gothic’ by the great architect, Viollet-le-Duc and its 19th-century astronomical clock is an absolute masterpiece.

The Beauvais Cathedral and its impressive Gothic-style architecture | © Diliff / WikiCommons

Learn about the history of French tapestry making

Sitting next door to the cathedral, the National Tapestry Gallery (Galerie Nationale de la Tapisserie, also known as Le Quadrilatère) showcases the city’s deep tradition of tapestry production and adorns its walls with tapestries dating back to the 15th century onwards. Beauvais is one of the last remaining cities in France that still makes tapestries and it’s considered the second most important producer after Manufacture des Gobelins in Paris. 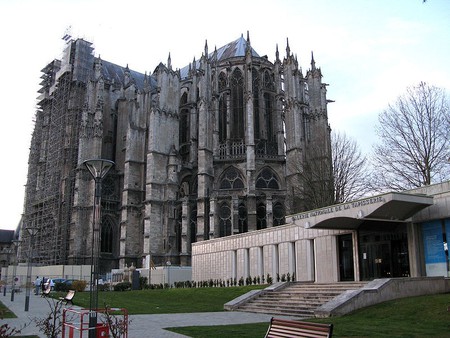 During the Roman period, Beauvais had the half-Latin, half-Gallic name of Caesaromagus. It was home to the Bellovaci people, a group who allegedly were described by Julius Caesar as the strongest of the Belgic tribes. While very few remnants from the era still exist in Beauvais, much of the city is built upon Roman vestiges and behind the National Tapestry Gallery is where you can catch a glimpse of the city’s former Gallo-Roman walls.

Stop by the Church of Saint-Étienne in Beauvais

While less imposing than the Beauvais Cathedral, the Church of Saint-Étienne merits a visit. Dating back to the 12th century, the church is mostly built in Romanesque style (the nave and the braces), while its choir is considered Gothic, embellished by stained-glass windows made by some of the most talented glassmakers in the region. It’s said that even the French Revolutionists respected and admired the windows’ beauty and spared them of destruction during their iconoclasm. 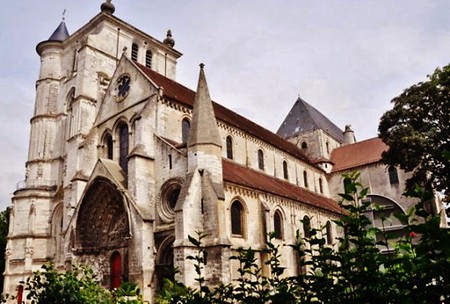 Go for a stroll in the Parc Marcel-Dassault

Add some greenery to a visit to Beauvais with a walk through the Parc Marcel-Dassault in the city’s north end. Neighbouring the park is an animal farm with the standard residents: sheep, chickens, ponies and horses. The park’s beauty is elevated with the addition of an English garden, a rose garden, an orchard and a Japanese garden and a pool at the centre of the grounds that serves as the perfect spot to keep cool on a hot summer day.

Approximately eight kilometres north of the city is the Château de Troissereux, a red brick and white limestone Renaissance palace built between the 15th and 17th centuries. Conceived by the Italian architect Sebastiano Serlio, the man who also decorated the king’s cabinet at the Château de Fontainebleau, the castle is surrounded by a 12-hectare park including an arboretum with 45 different species of plants and shrubs, gardens, a moat and a large canal. 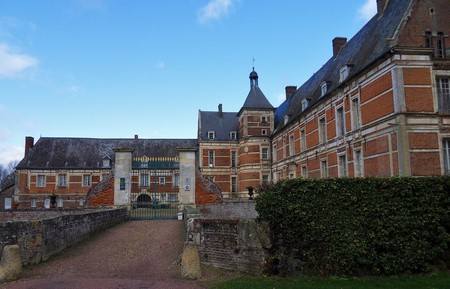 Sitting just northwest of Beauvais, the Plan d’Eau du Canada (Canadian Body of Water) is an artificial lake on a former quarry. During July and August, it’s open for swimming or for navigating its waters by renting a canoe, a kayak or even a catamaran. Encircling the lake is a three-kilometre pathway for cyclists and walkers and a dedicated section of the lake is available for fishing.