The Best Things to Do in Amiens, France 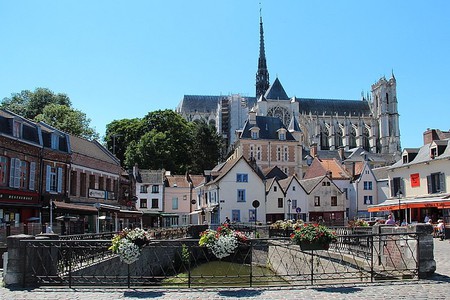 Situated southwest of the city of Lille, Amiens has a few noteworthy titles under its name: it boasts two UNESCO World Heritage Sites, it bears one of the largest regional museums in all of France and it’s home to one of the largest university hospitals in the country, which keeps the town abuzz with a youthful energy. If you find yourself here, read on for our list of the best things to see and do in Amiens, France.

Feel transported to Venice in the Saint-Leu district

Saint-Leu is where it’s all happening in Amiens. Resting alongside the Quai Bélu, the neighbourhood sees colourful shops, restaurants, galleries and bars lining the water, reminiscent of other canal cities like Venice and Amsterdam. Enjoy a coffee en terrasse at one of the cute cafes paired with a view of the Cathedral or a opt for a drink at one of the trendy bars. On Saturday mornings in June, you’ll find the Water Market: a traditional festival where gardeners row down the Somme River in their boats stocked with fruits, vegetables and flowers and set up a floating market by the port. 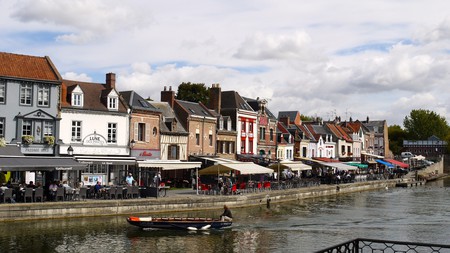 Marvel at 13th-century Gothic architecture at the Amiens Cathedral

Medieval builders aimed to maximize the internal dimensions of the Amiens Notre-Dame Cathedral so it would be closer to the heavens and flood the church with more light. Designated a UNESCO World Heritage Site in 1981, the church is renowned for its ornate Gothic facade of intricate sculptures and detailed spires. It stretches an impressive 145 m (476 ft) in length, 70 m (230 ft) in width and 42.30 m (138.8 ft) in height, making it one of the largest Gothic cathedrals in all of France. 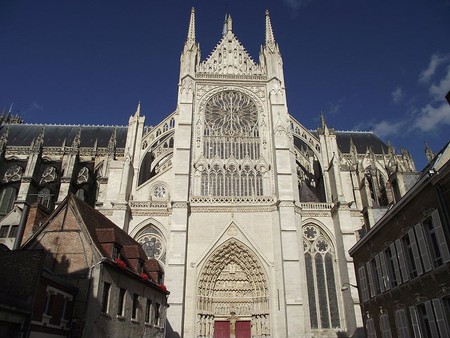 Visit the home of the celebrated writer, Jules Verne

Jules Verne’s home in Amiens between 1882 and 1900 is now a museum dedicated to the French author of classic novels such as Journey to the Center of the Earth and 20,000 Leagues Under the Sea. Verne first travelled to Amiens from his hometown of Nantes to be the best man at his friend’s wedding in 1856. He took such a liking to the city (and the woman who would go on to become his wife) that he decided to stay. Inside his former home, visitors will find a collection of over 30,000 objects belonging to Verne and his family displayed in eccentrically decorated rooms that brim with imagination. 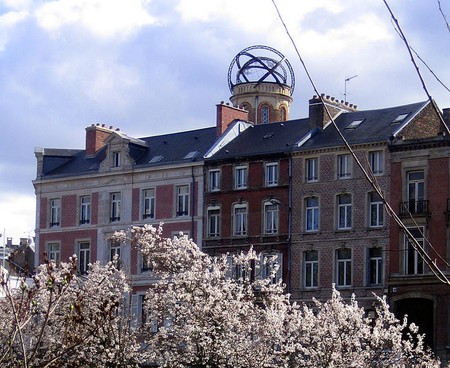 You can’t miss the grandeur of the Second Empire facade of the Musée de Picardie, acclaimed as one of the largest regional museums in France. The museum features works of art, archaeological objects and statues ranging from prehistoric times to the 19th century. Notable artists whose works are seen on display here include Dutch landscape painter Jan van Goyen, the French Rococo artist Jean-Honoré Fragonard and the Catalan Surrealist Joan Miró. 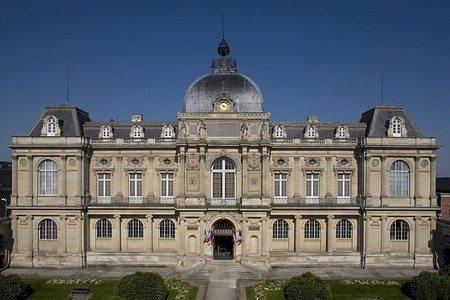 The facade of the Musée de Picardie in Amiens, France | © T.Rambeau / WikiCommons

While lesser known than its town-mate the Notre-Dame Cathedral, the UNESCO World Heritage Beffroi D’Amiens (Amiens Belfry) has stood firmly in the Place au Fil since the 12th century. The belfry is a part of a list of 56 towers found in Belgium and Northern France that hold a UNESCO title. Once serving as a prison and as the city’s first city hall, today, the tower represents Amiens’ independence from feudal power. Vistors can climb the 100-something steps to the top for sweeping views over the city. 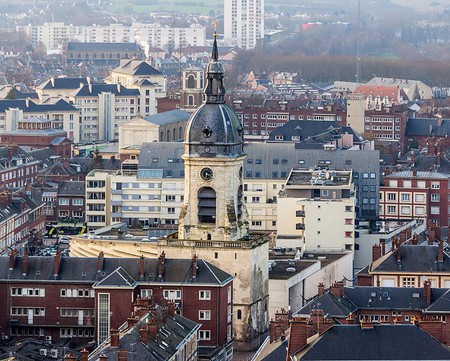 Go for a walk through the Saint-Pierre Park

Designed by landscape architect Jacqueline Osty (the same woman behind the stunning Martin Luther King park in Paris) in 1993, Saint-Pierre Park sits between the Saint-Leu and Saint-Pierre quarters of Amiens. Canals weave through the 22-hectares of green space while the Amiens Cathedral looms in the background, making it a picturesque spot for a picnic, bike ride or leisurely walk. 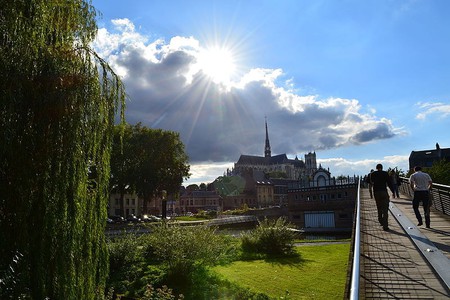 Hang out with new friends at the Amiens Zoological Park

Established in 1952, find the Amiens Zoo in La Hotoie park, the oldest public park in the city. Spanning over 6.5 hectares, the zoo is home to approximately 300 different animals from a range of 60 species including playful sea lions, rare red pandas, gentle elephants and vivid parrots. Visit the park at leisure or take a guided or themed visit, available year-round by appointment. 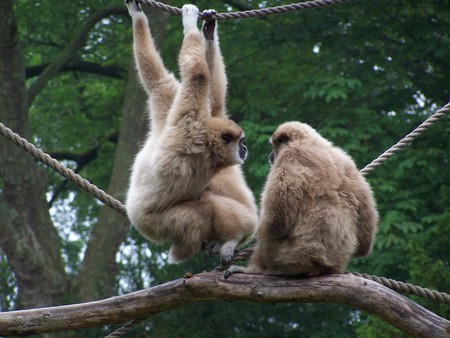 There are several Amiens-born dishes that are a must-try during your visit. Perhaps most famous is their pâté en croûte: a duck pâté baked in a thick pastry crust. First invented in 1640, this regional specialty was a popular choice among the housewives of Picardy. They would use a whole duck stuffed with a rabbit tenderloin, mushrooms and lard and wrap it in a flaky crust before baking it for one hour. There are sweet treats from Amiens, too, like the almond and apple-based cookie known as a macaron d’Amiens and the tuiles amiénoises, which are biscuits with chocolate and orange flavours. 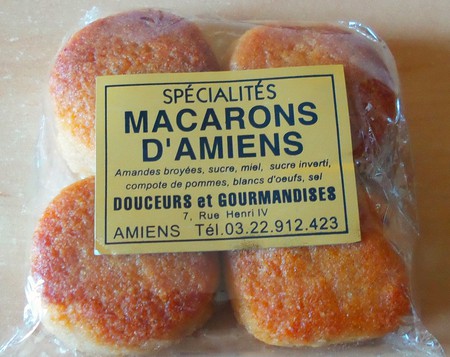 Macarons D'Amiens made with almonds, sugar, honey, and apples | © Karen Bryan / Flickr
Give us feedback