The Best Spots in Provence for Bouillabaisse, the French Riviera's Fish Soup 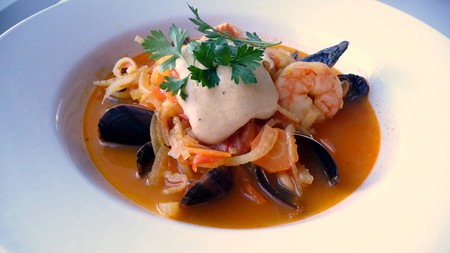 Bouillabaisse is a fish soup that comes from Marseille and is a local delicacy. Here’s our list of the best places to eat it in the region.

The word ‘bouillabaisse’ comes from two words, to simmer and boil, in the Provençal language. It used to be made by fishermen who couldn’t sell the bony rockfish that they caught – rascasse – at market. It usually contains sea robin and European conger too.

First, a broth is made with traditional Provençal herbs, such as saffron, fennel and thyme. The sliced fish is then added bit by bit and simmered over a very long period of time. Other fish are added, like John Dory or Monkfish, depending on the catch of the day. Seafood can also be put in the mix, like crabs and sea urchins. It’s the mix of local ingredients and the time it takes, that makes Bouillabaisse such a distinctive dish.

It’s a delicacy and can’t be made quickly. If you want to eat a good version of it, expect to pay up to 80€ – it’s usually made for two people – and order it 24 hours in advance. It shouldn’t be a dish that the chef can whip up at a moment’s notice; it’s a dish made ideally from supremely fresh fish, so better versions are usually found by the sea, using the fresh catch of the day.

Many of the best bouillabaisse restaurants are naturally in Marseille – it’s France’s second largest city, it’s on the coast and it’s where the dish comes from. 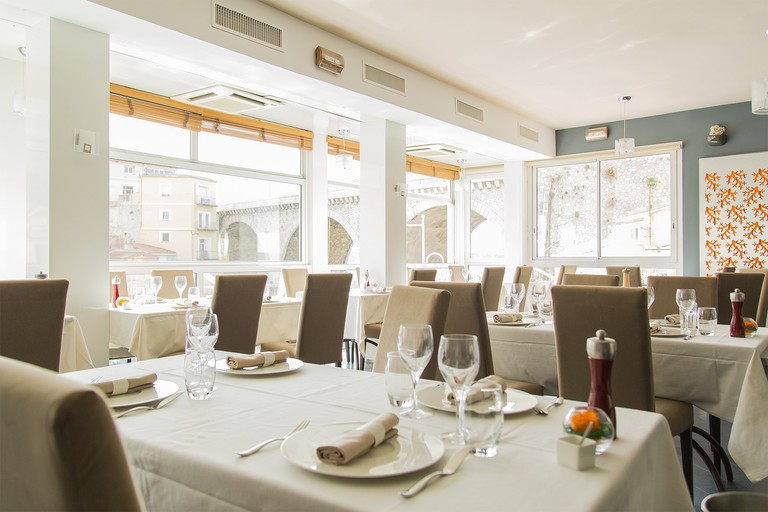 The dining room at Chez Fonfon | © Chez Fonfon
Chez Fonfon is the granddaddy of bouillabaisse restaurants in Marseille. It was a key member of the Bouillabaisse Guild in 1980 and people rave about their fresh fish dishes. It isn’t just the food that’s amazing. The restaurant is situated in an an amazing little inlet that has a tiny harbour and looks out onto the sea. For the past 50 years, it’s been at the top of its game.
Open In Google Maps
140 Rue du Vallon des Auffes, Marseille, Provence-Alpes-Côte d'Azur, 13007, France
+33491521438
Visit Website
Give us feedback

Restaurant, French, Seafood, Vegetarian, Mediterranean, Soup, $$$
Facebook
Email
Twitter
Pinterest
Copy link
Share
Map View
Chez Michel is a family-run restaurant that prides itself on delivering amazing fish dishes, one of which is bouillabaisse. It also has a great location, overlooking the sea. It isn’t open for long at each sitting so book a table and get there on time to make the most of your experience.
Open In Google Maps
6 Rue des Catalans, Marseille, Provence-Alpes-Côte d'Azur, 13007, France
+33491523063
Give us feedback

Hotel
Facebook
Email
Twitter
Pinterest
Copy link
Share
Map View
Le Rhul is a cliffside hotel overlooking the Mediterranean on one of the smartest roads along the coast of Marseille (the Corniche Kennedy). If you don’t have the budget for a room here, head to the restaurant for fantastic bouillabaisse, with a view to die for. It was built in 1948 and has been run by the same family ever since. Like the restaurant Chez Fonfon, it is also part of the Bouillabaisse Charter, which pledges to deliver divine fish soup made from the best ingredients every time.
Open In Google Maps
269 Corniche Président John Fitzgerald Kennedy, Marseille, Provence-Alpes-Côte d'Azur, 13007, France
+33491520177
Visit Website
Give us feedback 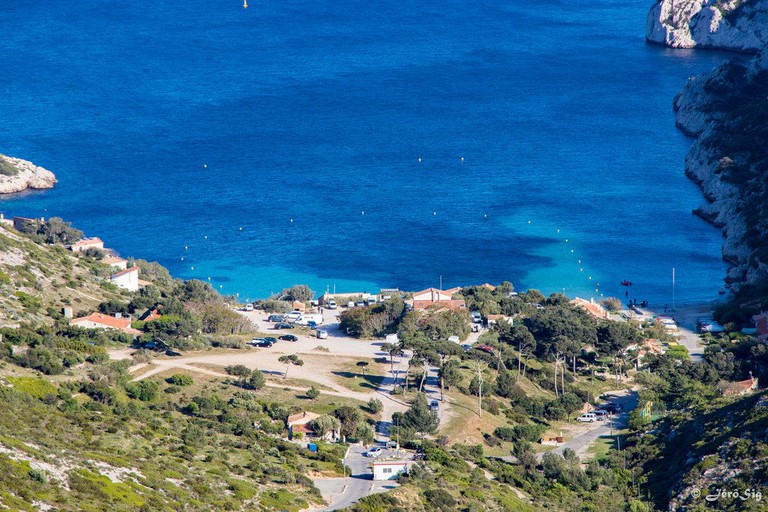 The restaurant Le Château is at the water’s edge in the Calanque of Sormiou, near Marseille. The Calanques are the natural rocky bays around this stretch of the coastline. People love to hike down to the sea but you can also drive (when there isn’t a high risk of fire). It’s open from April to September and make sure you reserve. You don’t want to get all the way down to the sea, only to discover there isn’t any room. There is also reserved parking if you have a table in your name. They don’t take credit cards, so make sure you have enough cash – there aren’t any cash machines for miles around! People go for the food, the view and the atmosphere that’s been around since 1948. And, of course, the bouillabaisse is legendary…

Restaurant, Seafood, French, Vegetarian, Mediterranean, $$$
Facebook
Email
Twitter
Pinterest
Copy link
Share
Map View
The Miramar restaurant first opened in 1965 in the Old Port of Marseille and quickly gained a reputation for great bouillabaisse. If you want to learn how to cook it, as well as eating it, head here on the third Thursday of every month for cooking lessons. Book here.
Open In Google Maps
12 Quai du Port, Marseille, Provence-Alpes-Côte d'Azur, 13002, France
+33491914109
Visit Website
Give us feedback

Fine Dining, Gourmet
Give us feedback