The Best Places To View The Tour De France 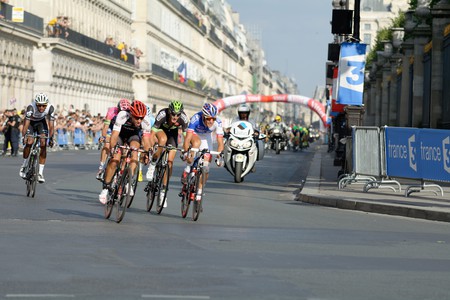 The 2018 Tour de France is the 105th to take place. From the 7th July 2018 until the 29th, various cities, mountain ranges, coastal roads will play host to this gruelling cycling route and Paris will, once again, welcome the victorious onto the Champs-Élysées.

For 2018, the Grand Départ is in the Vendée department of the Pays de la Loire, more specifically the pretty island of Noirmoutier-en-l’Île. The buzz of the Grand Départ is most definitely a reason to try and catch the Tour de France as it begins, especially when the location is so picturesque. This first stage will cover a distance of over 189km over flat land, finishing up at Fontenay-le-Comte.

Prior to the actual race start date on 7th July, the headquarters and press centre at Vendéspace in Mouilleron-le-Captif will open on the 4th, while on the 5th there will be presentations from the Tour de France 2018 teams at La Roche-sur-Yon. 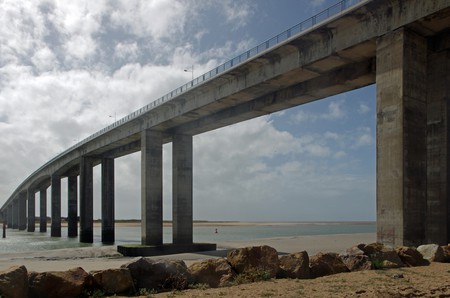 If you’d like to combine a Tour de France with some coastal time – the perfect combination for July, after all – then arrange to be there between stages 4 and 6 where the route takes you to the breathtakingly beautiful department of Finistère in Brittany. When the cyclists leave the town of Lorient, they enter Finistère and the route takes them to Quimper and then afterwards they start up again in Brest on 12th July. The route goes through the gorgeous Brittany village of Locronan, which we’d definitely consider making as a base to view the race. Generally, though, between these two urban patches is the rugged and wild Armorique Regional Park, perfect for exploring or using as your base in between race-watching. 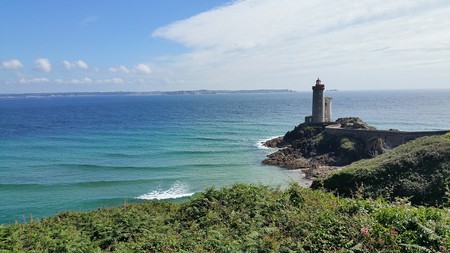 The coastal department of Finistère in Brittany | https://pixabay.com/en/rade-brest-ocean-brittany-2991444/

Amiens Métropole is where Stage 8 of the Le Tour finishes on Saturday 14th July and so would make for a perfect city-break weekend. Stage 8 is a flat, long stage of the race from Dreux in northern France. Amiens is a gorgeous city, best known for its Gothic Cathedral and attractive quay area (pictured below). The cobblestone streets in Amiens showcase one of the 2018 Tour de France‘s characteristics: cobbled roads! The cyclists will have to push on over 21.7 kilometres of cobbled roads starting in the 9th stage from Arras to Roubaix. 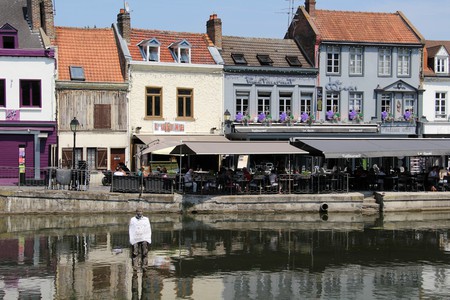 There are six mountain stages in the Tour de France for 2018 and although the scenery is pretty phenomenal for all of them, the routes that take in Vanoise National Park have to be a favourite. For the first time in the history of the Le Tour, stage 11 finishes at La Rosière. Departing from Albertville, cyclists will have to climb to Beaufort, Cormet Roselend and Bourg-Saint-Maurice before they reach the La Rosière peak. Have a look at any of those areas for roadside viewing as the cyclists pass. If you’re a hiker, you can’t beat around Pralognan, so incorporate that into your Tour de France viewing trip. 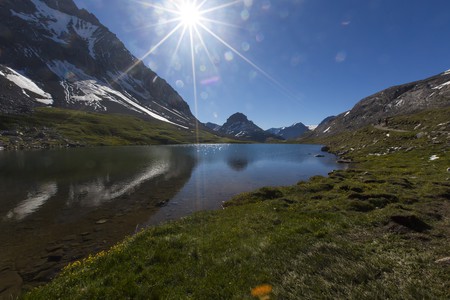 This will be a pretty magical couple of stages of the Tour de France 2018. Carcassonne in the South of France looks like something out of fairy-tale and the route both finishes and then starts again in Carcassonne, as well as playing host to one of the rest stops for the cyclists. If stages 15 and 16, then, are the most attractive to you, make sure you book up early as this part of France gets busy in summertime anyway, let alone with the additional sporting spotlight. The Mediterranean is about an hour away from Carcassonne, as is the beautiful Narbonnaise en Méditerranée Natural Regional Park near Narbonne. 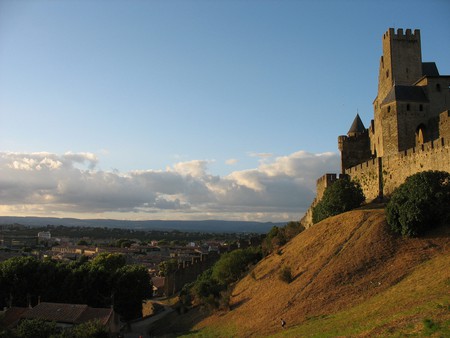 We’ve looked at the mountain stages in the Alps, so now, nearing the end of the tour, it’s time to turn our attention to France’s southerly mountain range, the Pyrénées. In July, this mountain range is an explorer’s paradise, no more so when you can couple it with seeing such an incredible sporting event. The pretty village of Laruns is where you want to be for viewing the cyclists in Stage 19 as they complete the stage. It has everything you’d want from a small village; the perfect base for an action-packed adventure. 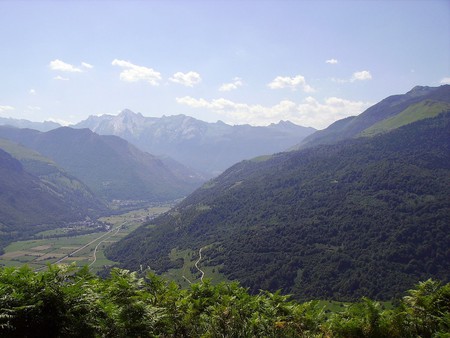 The individual time trial takes place between Saint-Pée-sur-Nivelle and Espelette and we’d definitely recommend staying in Espelette, in the heart of Basque country, for a few days to soak up the sun and atmosphere. This beautiful town is recognisable for its traditional Labourd houses and dried red peppers – Espelette’s peppers have “protected designation of origin” status – hanging from the facades. These are used to season the traditional Basque Bayonne Ham. 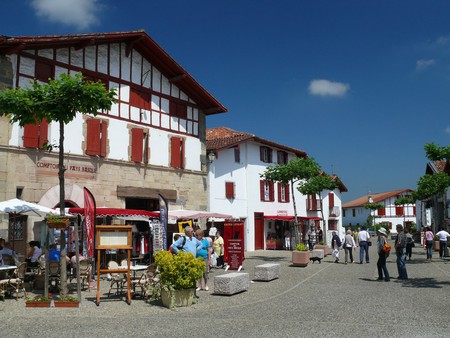 Espelette in the heart of Basque country | © dynamosquito / Flickr

Well, we couldn’t leave Paris out, could we? By far the craziest stage of them all, due to sheer numbers converging in one of the most iconic cities in the world. If you’re brave enough to choose Paris as where you want to view the Tour de France from, then we’d recommend the following things: 1. Give the Champs-Élysées a miss. There will always be people that get there earlier than you and in this case, hundreds of thousands of people, so don’t stress yourself out by trying. 2. Head instead to the Tuileries, overlooking Place de la Concorde, where you’ll get a better elevated viewpoint. 3. Allow buckets and buckets of time and take a baguette in case you get peckish during the wait. 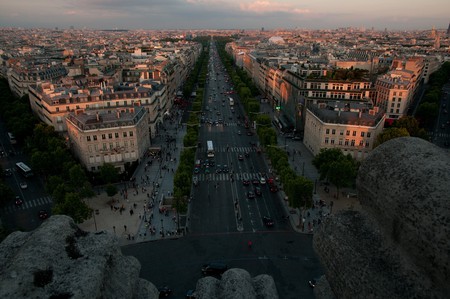