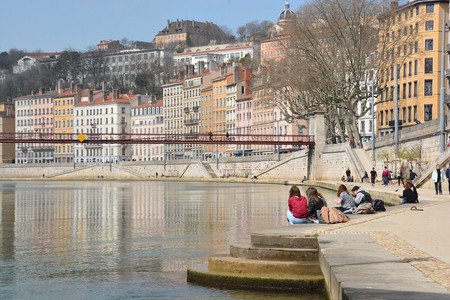 Hanging out by the Saône River | © Lionnela / Pixabay

The ancient capital of the Gauls, Lyon competes with Marseille to be considered the second largest city in France. While it’s no secret to travellers that this cosmopolitan city merits a visit based on its important culinary scene and varied history alone, there are some less obvious spots that are waiting to be discovered. Here are the places in Lyon that locals might not want tourists to discover – but we’ll tell you anyway!

Hidden in the courtyard of a building in the trendy Croix-Rousse neighbourhood are the Rosa Mir Gardens. Created by Spanish refugee and craftsman Jules Senis, the Gaudiesque gardens are reminiscent of a small-scale Park Guell in Barcelona: columns and beams tiled with shells and stones, with flowers and greenery dotted throughout. Senis suffered from cancer, and he died in 1983. Throughout his years of treatment and hospitalisation, he was determined to build the garden of his dreams and devoted the last 20 years of his life to doing so, resulting in the beautiful city oasis you can discover today. It’s free to access the garden but it is only open on Saturdays between 2pm and 5:3 pm from April to October. 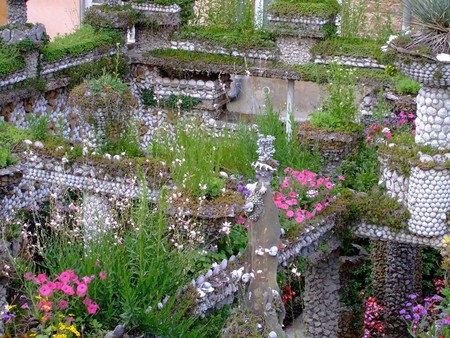 If you find yourself with time to kill waiting for a train at Lyon’s Perrache station, venture up to the fourth floor and seek out its rooftop gardens. The gardens were created by a group of volunteer Lyon residents in 2011 who continues to maintain them today, tending to the plants, flowers and even vegetables in the garden houses. An added bonus is the view offered over the city – much better than the view from the waiting room. 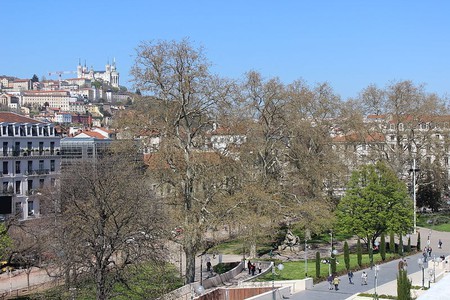 Not as grand as its famous counterpart, the Roman Theatre of Fourvière, the Trois Gaules amphitheatre offers a window into the same ancient Roman history without the crowds. While you cannot walk around this Historical Monument of France, you can still gaze at it from nearby, and get a sense of the history and what it was like in its heyday. 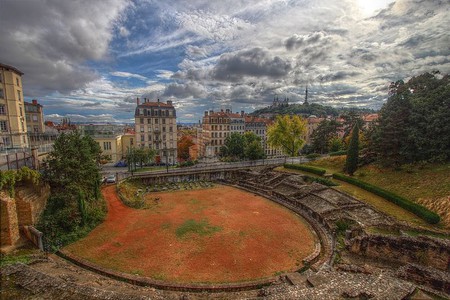 The traboules of Old Lyon

While there are traboules (hidden pathways and tunnels), located throughout the city, they are especially abundant in the stunning Old Town of Lyon. The traboules are said to have first been created in the 4th century, allowing the workers of the city’s thriving silk trade to travel easily between their workshops and the merchants at the foot of the Croix-Rousse hill. The traboules also allowed residents to access water from the Saone river and later went on to protect Resistant Lyonnais during the Second World War. An architectural delight, these passages take visitors through tucked-away courtyards, galleries, and spiralling stairways. Their entry points can be found on Lyon’s Tourism Board website here. 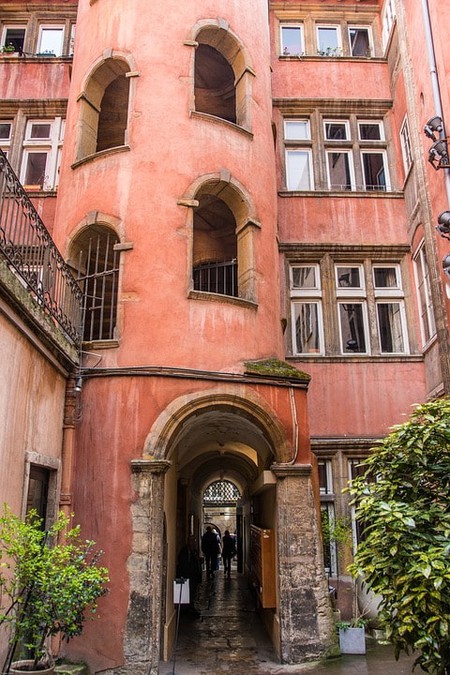 The courtyard of a Traboule, the former passageways used by silk merchants, in Old Lyon | © Dieter Metz / Pixabay

The 6,000 square metre Jardin des Curiosités is found in Lyon’s fifth district, nestled on a hill and offering a magnificent bird’s-eye view of the city. It’s a view that is often captured by flocks of tourists from the famous Fourvière (which does merit a visit as well) but this is a quiet locale where locals can relax with their friends. The park was a gift from Montréal to celebrate 20 years of a cooperation agreement between the two sister cities. As part of the gift, Quebecois artist, Michel Goulet, created six charming hair sculptures with poetic inscriptions engraved on their seats that face out over the city. 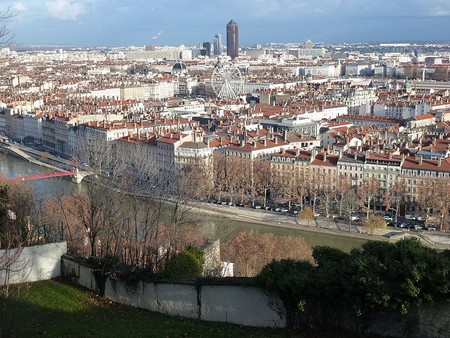 This epic mastery of the artistic genre trompe l’oeil (an optical illusion), is located in the Croix-Rousse district. The mural shows buildings and people painted on a flat wall, using such detailed depth that it appears to be a real extension of the neighbourhood. Be sure to get up close to see the small details of the painting, which was first started in 1987 by a group of Lyonnais artists. 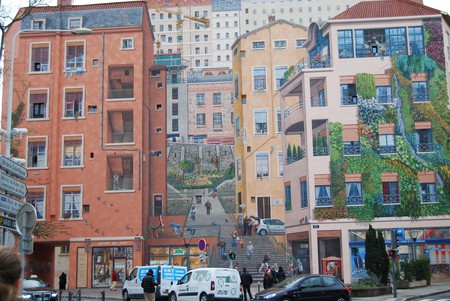 Approximately 12km north of Lyon’s city centre is the eclectic Musée l’Organe, also known as La Demure du Chaos (House of Chaos). This former Protestant church-turned-concept-museum was created in 1999 by French artist and businessman, Thierry Ehrmann. Not your typical museum, it covers 12,000 square metres and showcases 5,400 works from over 70 artists. Most of the works depict dark and troubling scenes derived from terror attacks, riots, and catastrophic events. Not for the Mary Poppins crowd, but ideal if you’re into art that pushes boundaries. 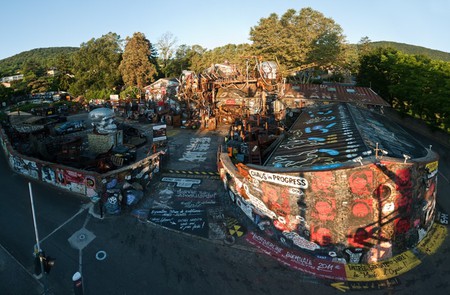