The Best Museums in Nice and on the French Riviera, According to Art Historian Rosemary O’Neill 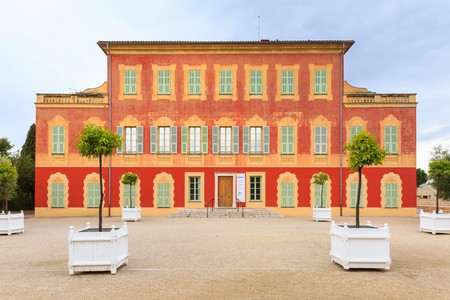 Whether you’re into architecture or art history, there’s something for everyone on the French Riviera. The cultural richness of this area is best displayed in the exemplary art museums scattered along the coastline. Each represents a different facet of the modernist artistic spirit for which the region is famous. Art historian Rosemary O’Neill breaks down the best museums to visit in Nice and on the French Riviera. 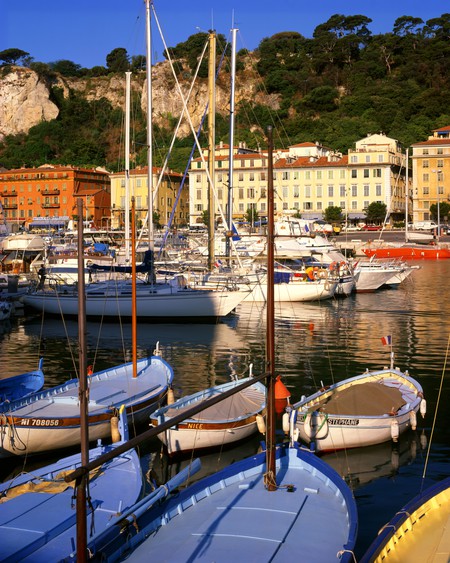 Although Nice may be known for its harbour and pebbly beaches, since the 20th century the French Riviera has become famous for its modernist artistic spirit | © nagelestock.com / Alamy Stock Photo

“Since the Roman era, the geography of place is a key element of the French Mediterranean’s cultivation of art and visual culture,” Rosemary O’Neill, PhD, author of Art and Visual Culture on the French Riviera, 1956-1971, tells Culture Trip. “Its deep historical roots, remarkable architectural heritage, cosmopolitanism and enduring regional culture set the French Riviera apart.”

According to O’Neill, the French Riviera was a site designed for the arts and leisure; early modern artists such as Picasso and Matisse created innovative and experimental work here. During that time, traditional fine arts were expanded to include craft, interior design, architecture, photography and, importantly, film (Nice’s Victorine Studios celebrated its centennial in 2019).

The region is remarkable in its depth of fine arts innovation, notable architecture and commitment to maintaining a strong art and design focus, which is its legacy.

This legacy is most evident today in the placement of contemporary sculpture along the new urban tram system linking the Nice airport with the renovated port area of the city, in an effort to reduce car traffic and air quality. Whether by car or local transit, museums and galleries in the region are highly accessible. Housing works ranging from Picasso and Chagall to more contemporary collections, these are O’Neill’s best museums on the French Riviera. 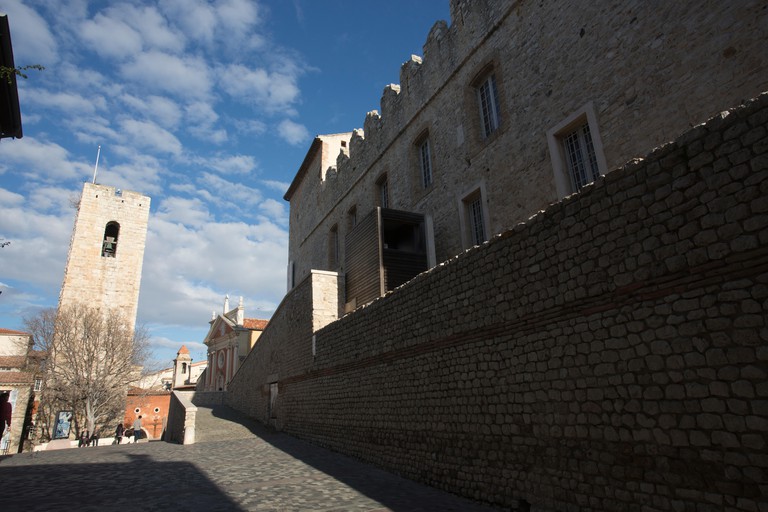 Located in the Chateau Grimaldi, Musée Picasso is perched above the Mediterranean in Antibes. The museum houses an extensive collection of Picasso’s paintings, drawings and sculptures that were created while he was living on the French Riviera. “This collection is especially rich in works that capture the spirit of the Mediterranean with its long-standing classical roots,” says O’Neill. “It is also here that one can see a remarkable display of Picasso’s ceramics fabricated in Vallauris, the pottery centre nearby. Here, Picasso was instrumental in reviving this ceramic production centre in the post-war era, producing singular works and works for visiting tourists in editions.”

“La Fondation Marguerite et Aimé Maeght is an architectural marvel designed by Josep Lluís Sert,” explains O’Neill. “Set in a verdant landscape of pine and cypress trees, the museum, inaugurated in 1964 by minister of culture André Malraux, has an exceptional collection of outdoor sculptures, including Joan Miró’s Labyrinth, installed on terraces and pathways; the Alberto Giacometti sculpture courtyard; an outdoor sculpture by Alexander Calder; and a mosaic fountain designed by Georges Braque.” The museum’s collection also features major works by world-renowned artists such as Marc Chagall, Wassily Kandinsky and Henri Matisse, as well as post-war art by Pierre Soulages, Hans Hartung and Jean-Paul Riopelle. It also hosts temporary exhibitions. The Maeght Foundation is near La Colombe d’Or – a famed restaurant that also has an impressive collection of modern art, from Picasso to Matisse, hung on the walls. In the garden dining area, the restaurant has a ceramic fountain designed by French sculptor Fernand Léger. Many of the works were gifts or trades from artists in the restaurant’s early years. 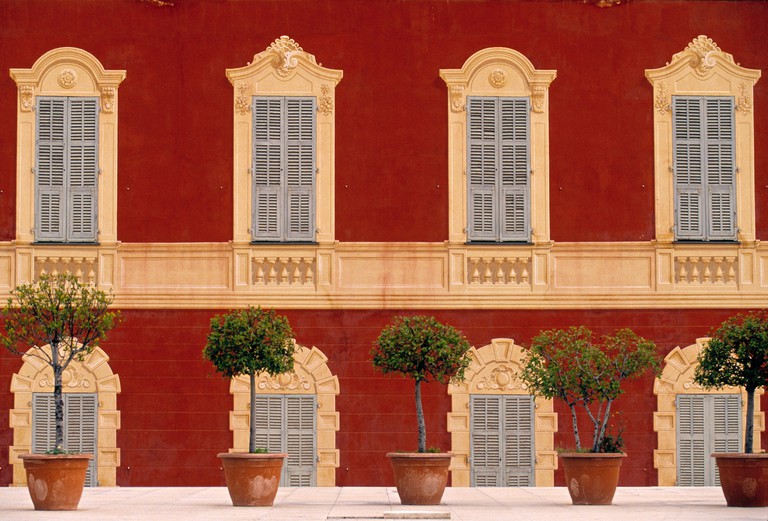 Located in Cimiez, in the hills above Nice and adjacent to the ruins of a Roman bath and arena, this museum is home to a collection dedicated to Matisse’s time in Nice. “Set in the 17th-century Villa des Arènes, this burnt-sienna villa houses work spanning the artist’s career on the French Mediterranean and includes a remarkable collection of his cut-outs and architectural models for the Chapelle du Rosaire, the jewel-like chapel Matisse designed in nearby Vence,” says O’Neill. 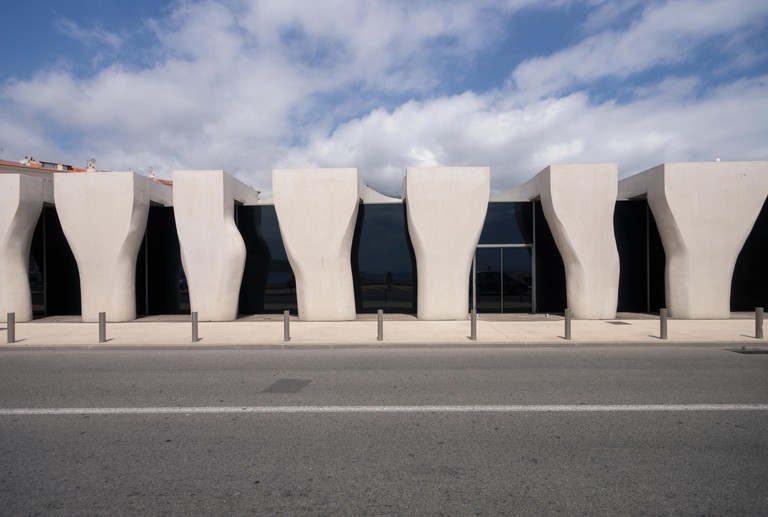 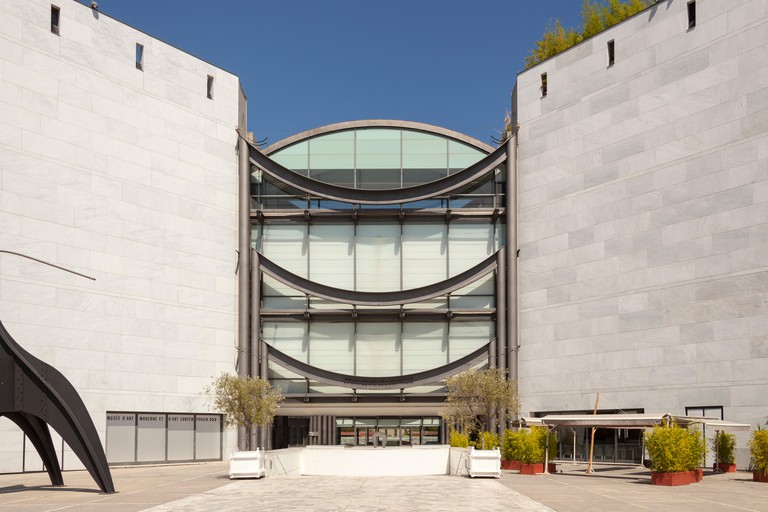 The Musée d’Art Moderne et d’Art Contemporain (MAMAC) is located just outside Nice’s Old Town. “Opened in 1991, the collection is an excellent example of works that catapulted the city into the international contemporary milieu, with local artists associated with Nouveau Réalisme – Yves Klein, Arman, Martial Raysse and Niki de Saint-Phalle – Fluxus artist Ben Vautier and his circle, and artists known as Supports/Surfaces and Groupe 70, who reimagined painting as a site of action, performance and material experimentation,” says O’Neill. Note that Galerie des Ponchettes, located on the beachfront of Nice, is an off-site venue of MAMAC that hosts contemporary exhibitions, including recent installations by Noël Dolla (2017) and Michel Blazy (2018). 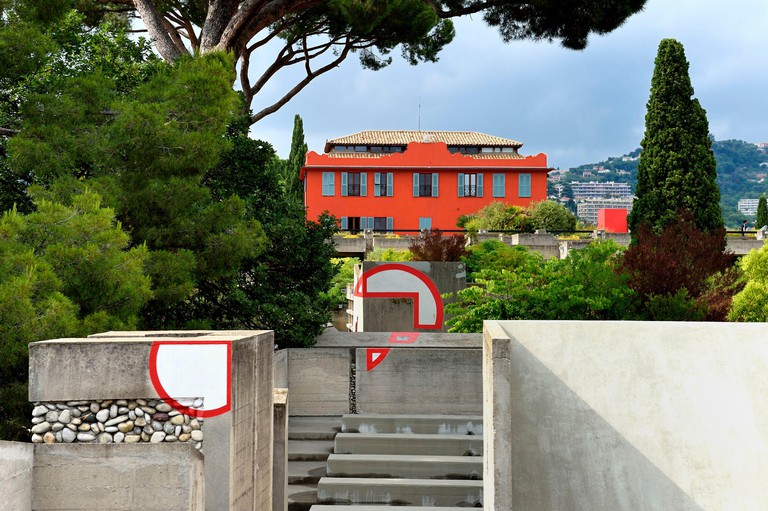 This museum lies inside the National School of Art (also known as the Villa Arson), a striking red villa built in the 18th and 19th centuries. Take in remarkable elevated views of the Mediterranean from the vast contemporary-designed terraces expanding off the villa. According to O’Neill, this art centre does not have a permanent collection, instead opting for ongoing international exhibitions of contemporary art, film, performance and interdisciplinary projects alongside innovative programming.