The Best Hotels to Book in Lorraine, France 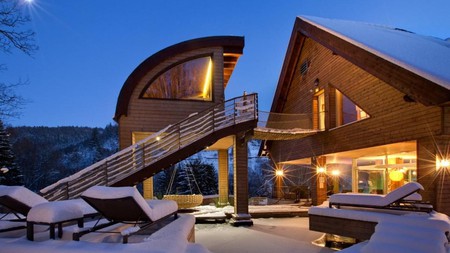 It’s given us quiche lorraine and madeleine cakes, so expect to eat until your buttons pop in Lorraine, France. Hotels in the region have plenty of glorious food, too – book your stay in one of them with Culture Trip.

As the birthplace of the ham-and-cheese quiche lorraine and soft, teeth-sinking Madeleine cakes, the cultural region of Lorraine (which borders Belgium, Luxembourg and Germany in the north-east of France) holds a special place in the hearts of those who believe everything is better with butter. Eating well is a badge of honour here, with chefs taking great pride in using local produce. So, leave the belt at home because, wherever you stay in Lorraine and the rest of the Grand Est region, the food will most likely be rich and delicious – and you’ll easily be able to find a sumptuous French hotel stay for tending to your food coma afterwards. 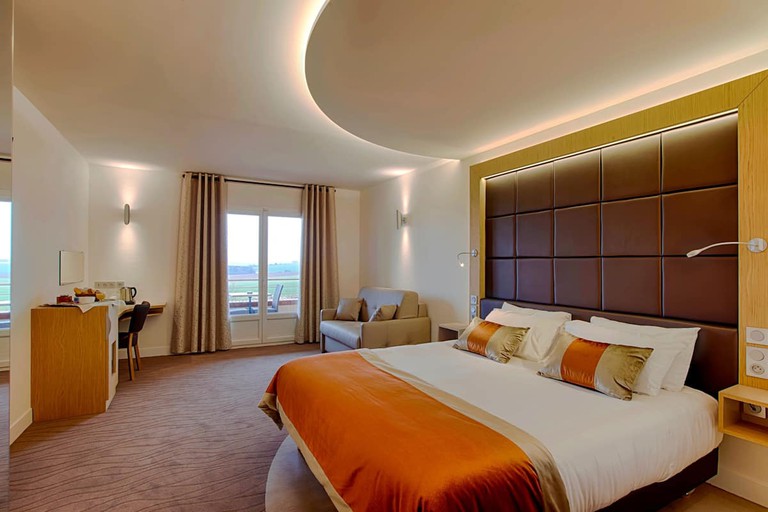 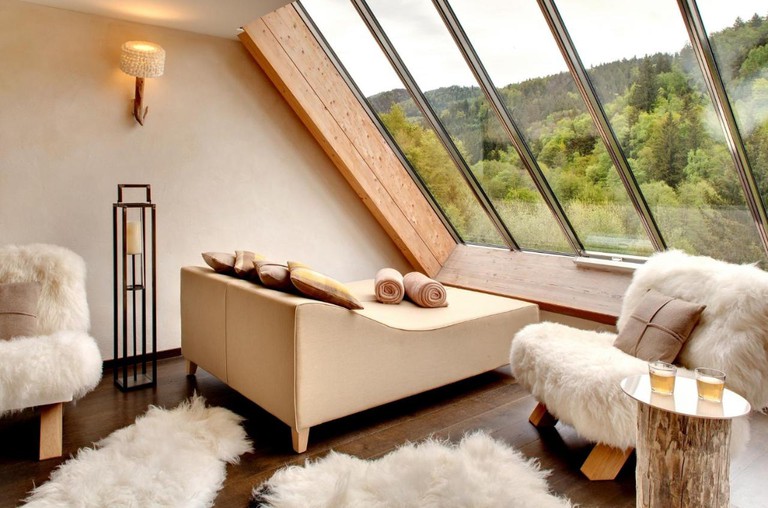 Courtesy of Hostellerie La Cheneaudière & Spa / Booking.com | Courtesy of Hostellerie La Cheneaudière & Spa / Booking.com
Whether you are lounging in its spa or dining in its gourmet restaurant, La Cheneaudière celebrates everything that’s good about the Alsace area. The three-storey wellness area has a pool overlooking the lush green countryside, a wooden barrel for a bath with hot water jets, and five saunas. The restaurant offers the best in “locavore” cuisine and has an interior highlighting the work of local craftspeople. 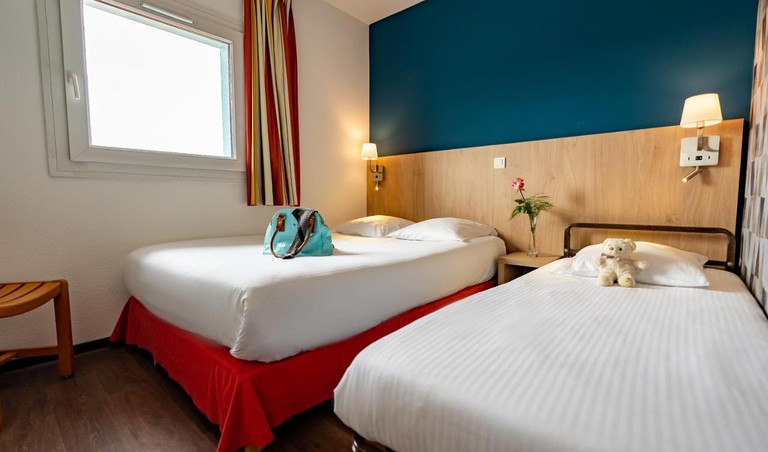 Courtesy of Hôtel Roi Soleil Colmar / Booking.com
Hôtel Rol Seleil’s location opposite Colmar Airport and the Exhibition Park Colmar Expo makes it the perfect spot for business travellers or tourists exploring the capital of Alsatian wines. To that end, the hotel is a mixture of work and play – efficient but fun. With its bright, multi-coloured furniture, Hôtel Rol Seleil’s restaurant looks like a packet of Skittles, with a sweet-toothed buffet of vanilla muffins and carrot cake to match. 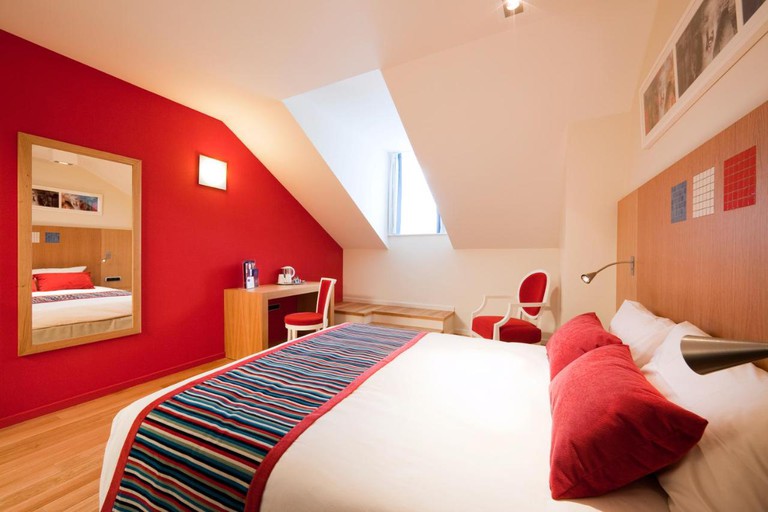 Courtesy of Hôtel Mercure Vittel / Booking.com
If you feel like taking a break from all the culinary treats in the region, Mercure Vittel is the place to stretch out and relax. Situated in the commune of Vittel, famous for its thermal baths and natural spring water, which is distributed around the world, the modern hotel is close to the Thermal Centre that treats a range of ailments. If that sounds a bit sedate, the Casino De Vittel is only a dice’s throw away from the hotel. 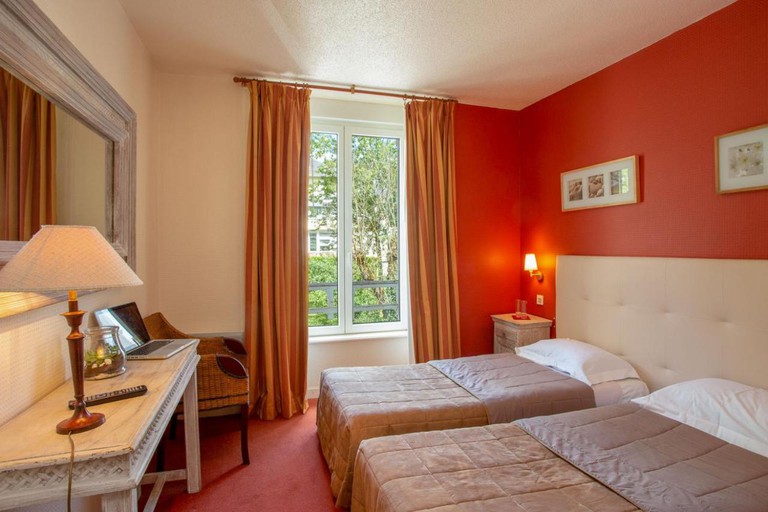 Courtesy of New Providence Hôtel / Booking.com
Located slap-bang in the middle of Vittel, the two-star New Providence Hôtel caters for every mood. Feeling sporty? The Golf de Vittel Ermitage is within walking distance. Want to tap into some culture? Stroll on down to the Palais de Congres for a show or an art exhibition. And, if you’re feeling lucky, the Casino De Vittel is right there. And, then, of course, there’s the reason you probably came: dipping into the rejuvenating waters of the Thermal Centre. 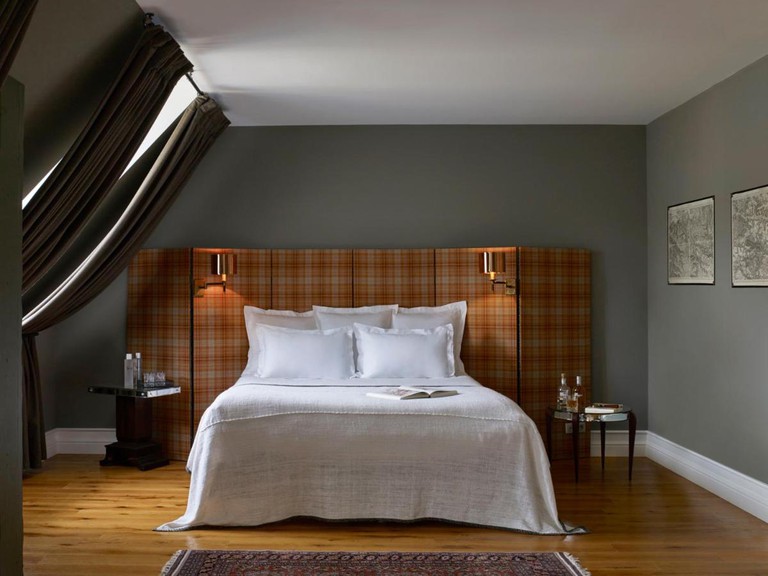 Courtesy of Chateau de Sacy / Booking.com
Seemingly drifting on a sea of vineyards, the three-storey Château de Sacy near Reims is perfect for dipping into Champagne country. If the opulent rooms don’t make you feel like French nobility, the restaurant with its 360-degree views of the surrounding landscape certainly will. The menu is sheer indulgence: pâté en croute (meat pie), local game carved at your table and champagne-soaked desserts. For an even deeper dive into the bubbles, the hotel will happily book cellar tours. 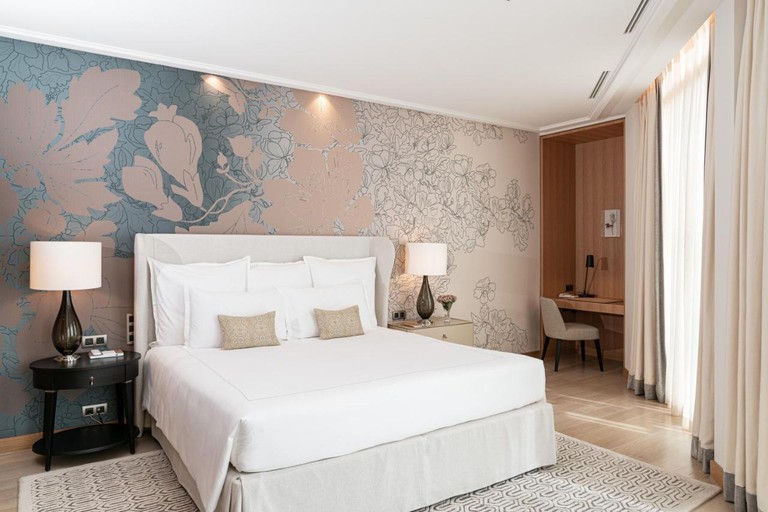 Courtesy of Royal Champagne Hotel & Spa / Booking.com | Courtesy of Royal Champagne Hotel & Spa / Booking.com
As the name suggests, this Champillon favourite is devoted to the joy of quaffing champers – although it might just be the culinary creations at its two restaurants that stay with you the longest. Key to the restaurants’ Michelin-starred success is the deal that chef Jean-Denis Rieubland has struck with local farmers – who deliver daily – while vegetables are grown by staff and honey is harvested on the grounds. 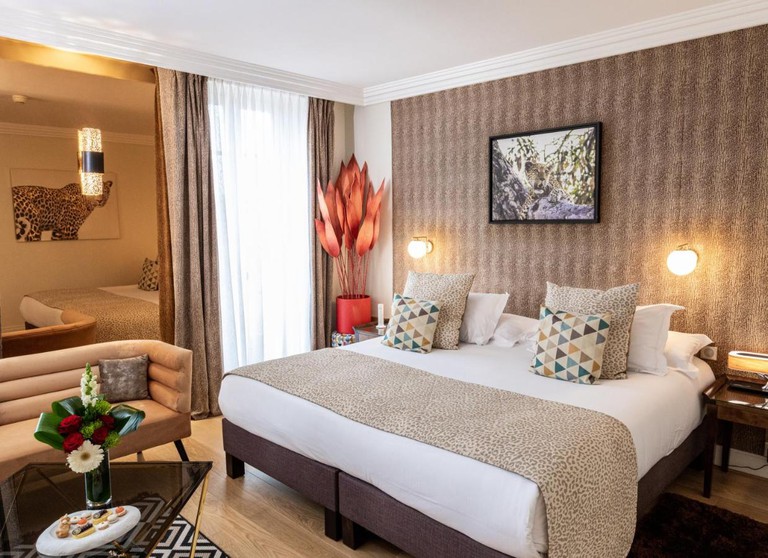 Courtesy of La Côte Saint Jacques / Booking.com
The atmosphere at La Côte Saint Jacques and Spa is that of a family home – if you had a two Michelin-starred chef in the kitchen, that is. Jean-Michel Lorain is the culinary magician at the hotel right on the River Yonne, producing creative dishes backed up by the best local ingredients. He follows in the footsteps of his grandmother Marie Lorain, who opened the small boarding house (which leans just towards the right side of rustic) that would become La Côte Saint Jacques in 1945. 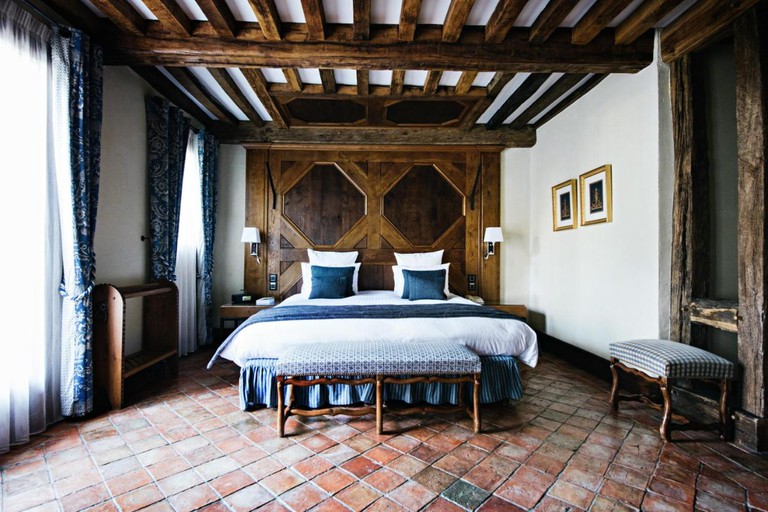 Courtesy of Relais Bernard Loiseau / Booking.com
The fact that Relais Bernard Loiseau in Saulieu has named paths at the hotel after famous chefs – Paul Bocuse, Alexandre Dumaine, Jean and Pierre Troisgros – is an indication of just how seriously food is treated here. Even kids get in on the act, with gourmet dishes for young diners that aim to “sensitise children to subtlety in flavour”. The menu doubles as a colouring book that the budding little chefs can take home with them. 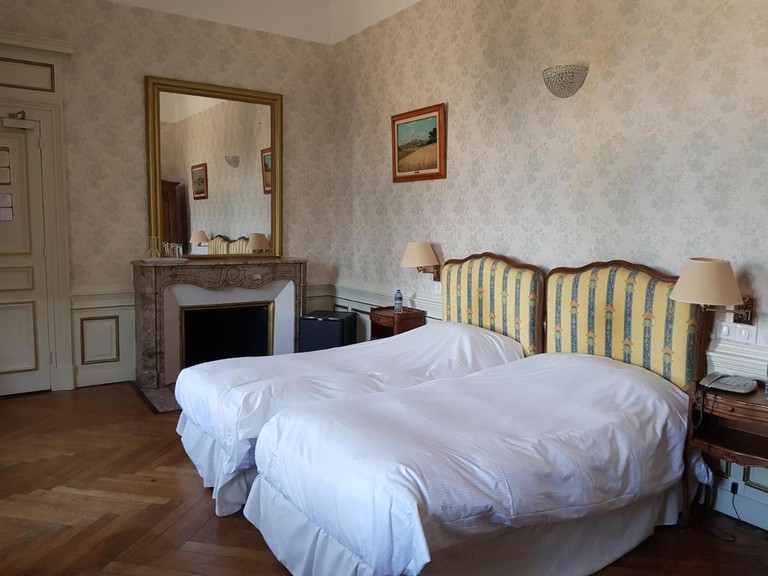 For more options around France, discover our guide on the best hotels in Colmar and book now on Culture Trip.