The Best Hotels for Foodies in Nice, France

The Best Hotels for Foodies in Nice, France

Nice is a foodie's dream with some of the best hotels with the best restaurants and views | © takedahrs/pixabay
Nice has wonderful hotels for food lovers; places where guests can easily transfer from swimming in the pool to eating delicious food. Here there are places where the views match the sumptuous cuisine and where hand-picked wine comes from local vineyards. Take a look at our top pick of hotels for foodies.

France is known for its amazing food and The Riviera is known for its wonderful architecture and coastal views, so it’s no surprise that magic happens when they both collide. It shouldn’t come as a surprise that many of the best foodie hotels in Nice are the more traditional ones. It’s the big ones that can afford the space for the amazing views and who can pay brilliant chefs to work their magic and create art. The choice you’ll need to make is in how traditional you want to go. Do you want great dining halls and crisp service or do you like things a little less stuffy and informal? Whatever your choice, as with all great restaurants with good reputations, it’s advisable to book first.

Hotel
Le Meridien Hotel has amazing views over the Promenade des Anglais in Nice from its rooms and restaurants | © rhodesj/flickr
The Méridien is one of the big hotels along the famous Promenade des Anglais in Nice and doesn’t disappoint. Its 318 rooms and public lounges have a lot to offer its discerning guests, but it’s the restaurant La Terrasse, that really delights. Situated high above the Promenade below, it really gives a feeling of exclusivity, almost as if you are sitting on top of the world. The views are so good, there’s actually a webcam; it’s one of the highest terraces on the Promenade des Anglais. The food doesn’t disappoint either. After a drink from their extensive cocktail menu, pick from an interesting range of salads, egg dishes and other light treats (prawn balls, oysters, crab and burgers). The food isn’t heavy (this place doesn’t take itself too seriously) and the atmosphere is fun and contemporary. As you’d expect for this super chic international set, there’s also a business lunch and kids menu. It’s a place to see and be seen; lighthearted, modern and cool. Opening hours: Daily, 12pm to 4pm (lounge is open from 10am to 5pm)
Prices start from approximately 20€ (£17) for a main course
More Info
Open In Google Maps
1 Promenade des Anglais, Nice, Provence-Alpes-Côte d'Azur, 6046, France
+33497034444
Visit website

Hotel
The Hyatt Regency Nice is adored for its high-end outdoor restaurant, 3e, overlooking the Promenade des Anglais | © David Jones/Flickr
The Hyatt has 187 rooms and sits proudly on the Promenade des Anglais with every modern convenience imaginable; heated pool, private beach, and a casino. It is arguably most loved for its in-house restaurant 3e though, which sits atop a wonderful roof terrace. Chef Cyril Cheype uses local and seasonal produce to produce a new take on old Mediterranean favourites. His specialities include duck fois gras and fresh sea bass – real gourmet food – set in an atmosphere that is more like a friendly, lively, French bistro than a stuffy restaurant. However, the main draw is the terrace overlooking the Promenade des Anglais, particularly in summer months. Unlike many upmarket French restaurants, there is a nod to the international clientele in that there is a kids menu. Opening hours: Daily, 12pm to 2.30pm / 7pm to 10pm Prices start from 50€ (£42) for two courses without drinks. Restaurant bookings: +33 4 92 14 77 19
More Info
Open In Google Maps
13 Promenade des Anglais, Nice, Provence-Alpes-Côte d'Azur, 6000, France
+33493271234
Visit website

Hotel
The Hotel Negresco is one of the most famous and most loved of Nice's restaurants and great for food lovers | © Claudia Schillinger/flickr
The Hotel Negresco is probably the most instantly recognisable of all of Nice’s hotels and the most famous (it seems to appear in just about every French movie set on the Riviera). Built in 1912, the hotel has a clientele that is legendary. It might be expensive but it isn’t bland. From the hats and tights worn by the staff to the décor and artifacts, it’s definitely quirky. It’s big and glitzy and as befits a hotel of its Head Girl stature, the restaurant doesn’t disappoint. The Chantecler is a two-star Michelin gem, stocking more than 15,000 bottle of wine in its cellars. The signature menu is 230€ (£195) per person but there are less expensive options, like the discovery menu at 110€ (£93) –without drinks. Chef Jean-Denis Rieubland is old-school France – this is gastronomy at its best in the most luxurious of surroundings. Expensive, luxurious and worth every penny. A real experience. Opening hours: Tuesday to Saturdays, 7pm to 10pm
More Info
Open In Google Maps
37 Promenade des Anglais, Nice, Provence-Alpes-Côte d'Azur, 6000, France
+33493166400
Visit website

Though not technically in Nice, this luxurious hotel along the road in Èze, is a foodie haven. It’s a destination hotel in itself, perched in the cliffs overlooking the sea below, with extravagant grounds and swimming pools where everyone feels like an extra in the latest Bond film. It has 38 rooms and four restaurants – every foodie must love those ratios – ranging from Michelin-starred quality dinners to light lunches, each with a sea view. There’s also a tennis school and wellness centre if you need to burn some calories after all that food. 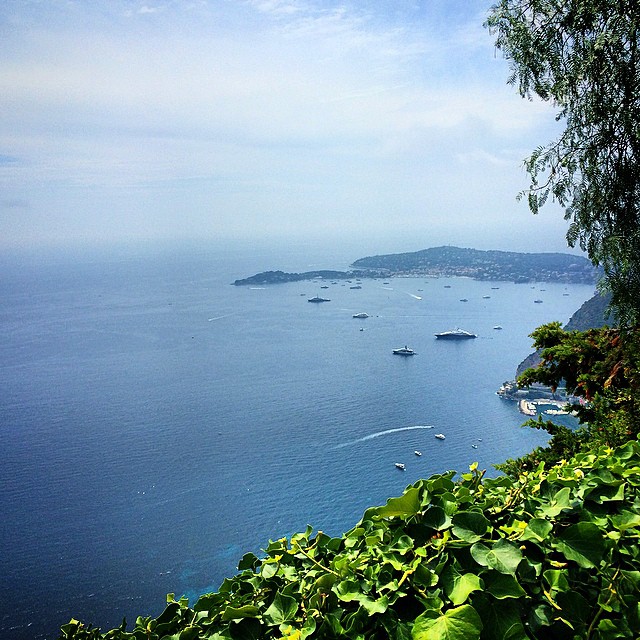