The Best Hostels to Book in Bordeaux 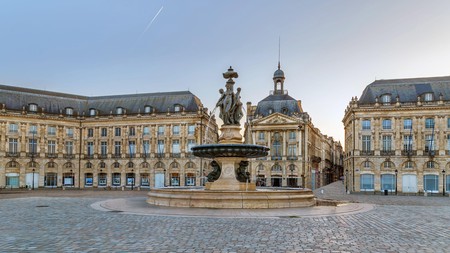 While the Bordeaux countryside is marked by the majestic chateau, the city centre belongs to the humble hostel. Don’t want to splash the cash? Then settle into these affordable hostels in Bordeaux, France, bookable with Culture Trip.

With its Michelin-starred restaurants, chateaux and vineyards producing fine wines, Bordeaux will happily clean out your bank account if you let it. But that doesn’t mean those travelling on a shoestring are left out in the cold. Scattered around the centre of the city are plenty of hostels that not only offer convenient locations from which to explore but also clever design touches and fun communal areas to meet fellow visitors. 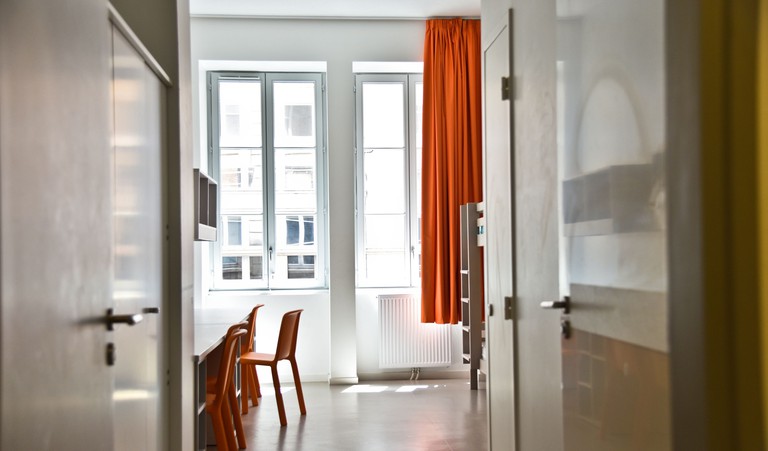 © S'Cool Hostel / Expedia
It’s set in a school, but don’t let that put you off. The S’Cool hostel in Bordeaux combines great accommodation with a central location close to shops, bars and eateries; the Unesco-listed Place de la Bourse is also a short walk away. The rooms are basic but well laid-out, with mixed-gender and female-only dorms coming with ensuite bathrooms, bunk beds and complimentary linen.

Hostel
Facebook
Email
Twitter
Pinterest
Copy link
Share
Conveniently located next to the main Saint-Jean train station on the banks of the Garonne, Résidence Jacques-Ellul is a hostel in Bordeaux run by the Jeunesse Habitat Solidaire association, which has housed young people for more than a century. While staying over, make sure you check out the nearby 15th-century Porte Cailhau, once the main gate to the city. 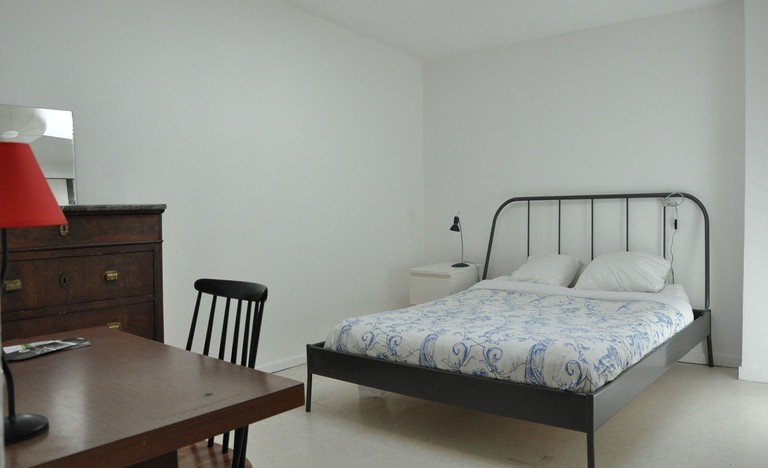 © Hostel 20 Bordeaux / Expedia
A convivial atmosphere greets you at the Hostel 20 Bordeaux, where open-mindedness is encouraged. Brightly coloured furniture and doors match the cheerful vibe, and you can meet fellow travellers over a coffee in the sun on the hostel patio. Rooms are all dormitories, ranging from four to 10 single beds. 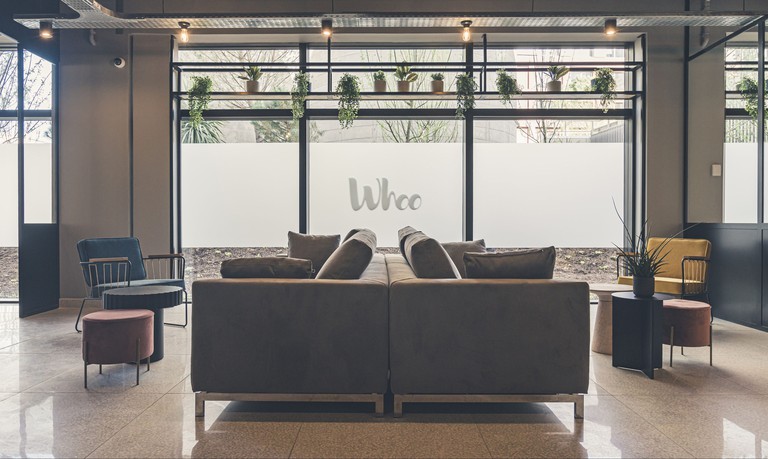 © Whoo Bordeaux Bacalan - Hostel / Expedia
With its fitness room, snack bar, terrace and co-working areas, the Whoo Bordeaux Bacalan hostel feels more like a boutique hotel. Colourful bunk beds with in-built lockers are beautifully designed, while the studio with a private bathroom and kitchenette is a nice option. An added bonus: the Cité du Vin wine museum is a stone’s throw away. 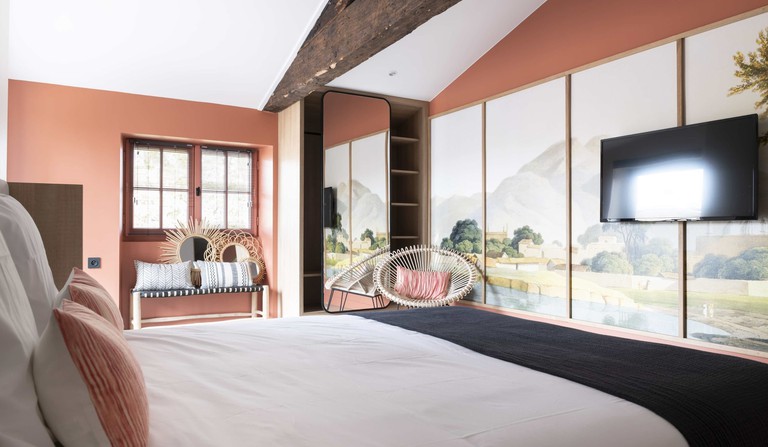 © Central Hostel / Expedia
Central Hostel boasts that it has “the best dorms in the world” – a bold claim that it works hard to support. Sleeping here is certainly a pleasure, thanks to customised beds (king-sized in the double rooms), a reading light and blackout curtains. The terrace and rooftop are perfect for mingling, and the restaurant serves scrumptious local dishes. As the name indicates, the Central is right in the heart of Bordeaux on Rue Sainte Catherine, reputedly the longest pedestrian shopping street in Europe. 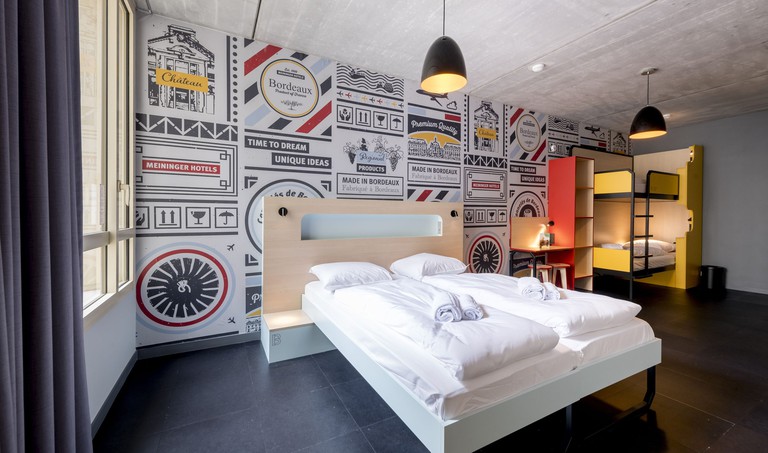 © MEININGER Hotel Bordeaux Gare Saint-Jean / Expedia
A popular hostel in Bordeaux is Gare Saint-Jean, which is so close to Bordeaux’s main train station that you can practically wave at passengers going by. In addition to great transport links, the area has loads of good bars, restaurants and bistros. When you do your sightseeing, make sure to drop by the impressive La Flèche bell tower, or check out the club scene in Quai de Paludate, which runs along the Garonne. 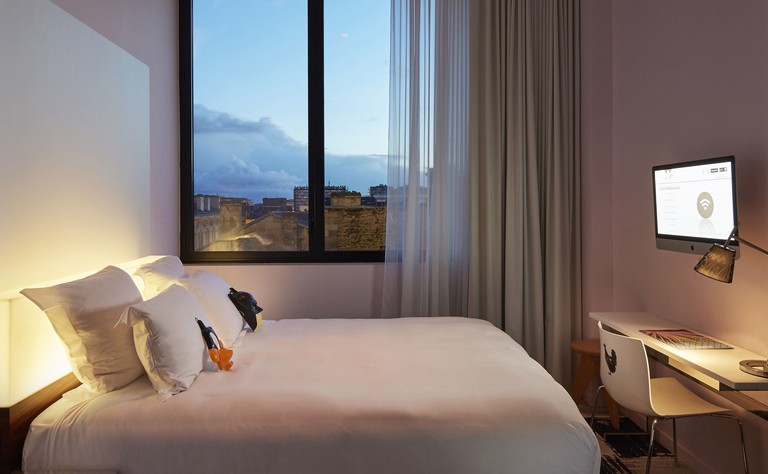 © Mama Shelter Bordeaux / Expedia
One of the world’s hippest hotel chains works its magic in Bordeaux with light-up headboards, organic toiletries, large TV screens and mini-fridges in cocoon-like rooms. Even more fun are the communal areas – on the sixth-floor rooftop you can eat tapas and drink cocktails while gazing over Cathédrale Saint-André. The restaurant serves amazing pizzas and the bar area, decorated with the customary illuminated inflatables, hosts DJ sessions. 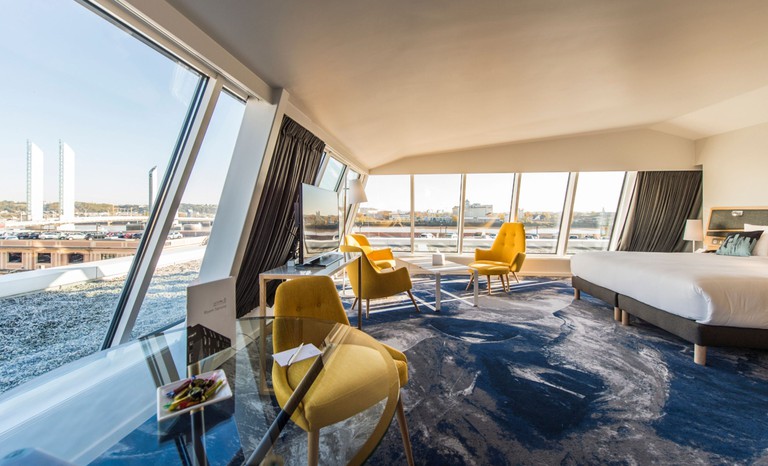 © Seeko'o / Expedia
This iceberg-shaped marvel on the Bacalan design quarter riverfront is cool to the point of freezing. The frosty design extends to minimalist interiors, too – the swirling blue, grey and white carpets were inspired by the Ice Sea of Chamonix. For 360-degree views over the river, check into the top suites.

Looking for more places to stay in Bordeaux? Discover our guide to the best budget-friendly hotels Bordeaux has to offer, or if you’re visiting with the kids and relatives in tow, check into one of these top-rated family-friendly Bordeaux hotels. For a relaxing stay in the city, book a few nights at a serene spa hotel in Bordeaux and book your stay with Culture Trip.

This is a rewrite of an article originally by Holly Howard.