The Best Day Trips to Take From Marseille 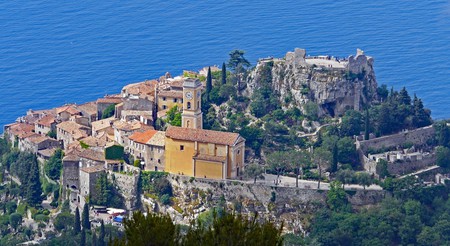 Marseille is a good base from which to explore the south of France because it has the biggest airport in the region (Marignane) and a great bus and train network (from Marseille St Charles).

Avignon on the river Rhône was home to the Catholic Popes in the 14th century, during which time the Papacy built up the Palais des Papes (the Pope’s Palace), the largest gothic medieval palace in the world. Avignon is probably just as well known for its bridge, which lent its name to the marriage song, “sur le pont, d’Avignon“. It fell into disrepair at the time of Louis XIV and was deemed too expensive to rebuild. Not far away is the famous Pont du Gard, a Roman aqueduct with three tiers, built in the 1st century. Both are big tourist attractions (the Palais des Papes is in France’s top ten). Avignon is only 27 minutes away from Marseille on the fast TGV train service (1.5 hours by car). To visit Pont du Gard you will need a car or join a trip from Avignon town centre. 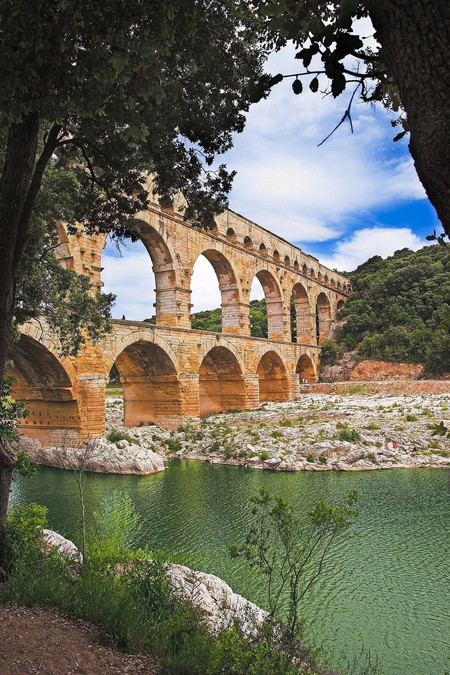 The Calanques are a series of rocky creeks or inlets that have been carved into the cliffs around Marseille over centuries. They are an ideal destination if you like to hike, which might take a couple of hours to get to the beach. In the height of summer, the police won’t let you take your car down because of the risk of fire and overcrowding (you can park at the top). There are regular buses from Marseille or you can see the Calanques by boat from Marseille’s Old Port or Cassis, but the boat rides don’t provide as much flexibility to picnic and swim. 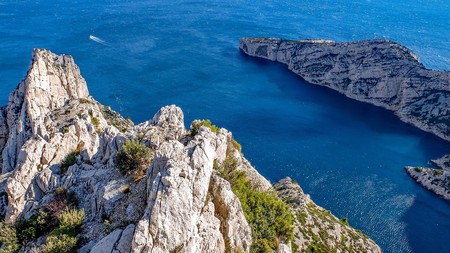 The Calanques are a perfect beach day out | © djedj/Pixabay

The Sénanque Abbey was built in the 12th century by monks, who still live there now under a vow of silence. They open their abbey to daytrippers and people who want to stay on a silent retreat and harvest honey and lavender. Their lavender fields are some of the best in the region. You must have a car to get to the abbey or join a coach tour. The abbey is about 100 km away from Marseille, taking about 1.5 hours. Check out the nearby town of Gordes if you have time or need provisions. 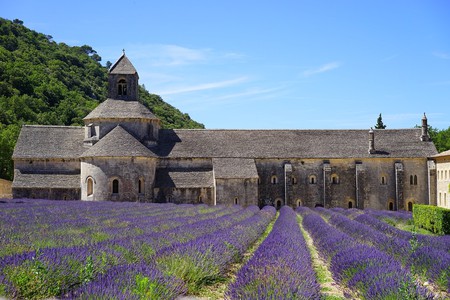 The town of Fontaine de Vaucluse is a perfect choice if you want to walk around a picturesque Provençal town and maybe do some kayaking. The source of the river Sorgue is a gentle walk along the river upstream of the town (pictured) and there are some riverside restaurants to watch the kayakers if you don’t want to go in yourself. There are a number of kayak businesses downstream from where you can take a gentle and leisurely ride, stopping for a swim whenever you want. The train to Fontaine de Vaucluse takes just over 1.5 hours. 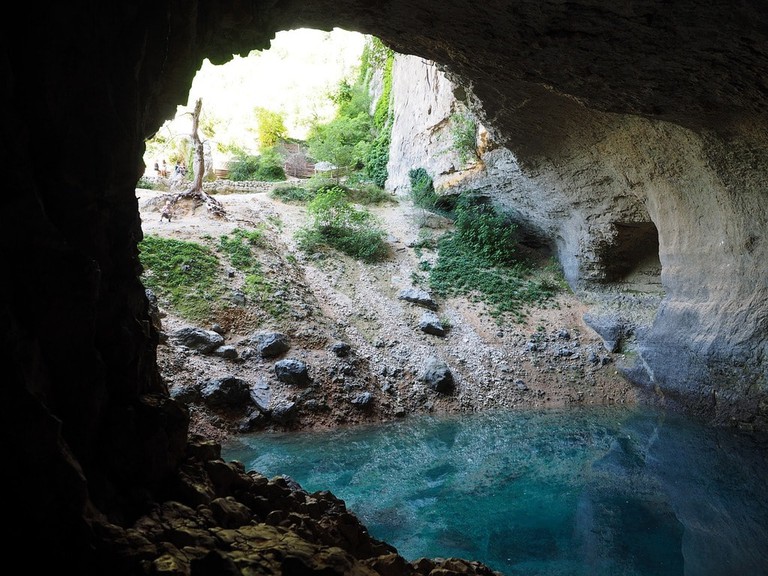 If you don’t want to stay in St Tropez, a day trip is just enough time to soak up the ambient glamour of this chic little village. Wander the cobbled streets of the old fishing district, La Ponche, try some local cake, the Tarte Tropézienne, and watch the mega yachts from a bar at the port. It’s rather complicated to get to without a car, but it can be done by taking a train to Sainte-Raphael, then a bus to Sainte-Maxime, then a ferry to St Tropez. The journey would probably take about 3.5 hours, compared to 2 hours in the car. 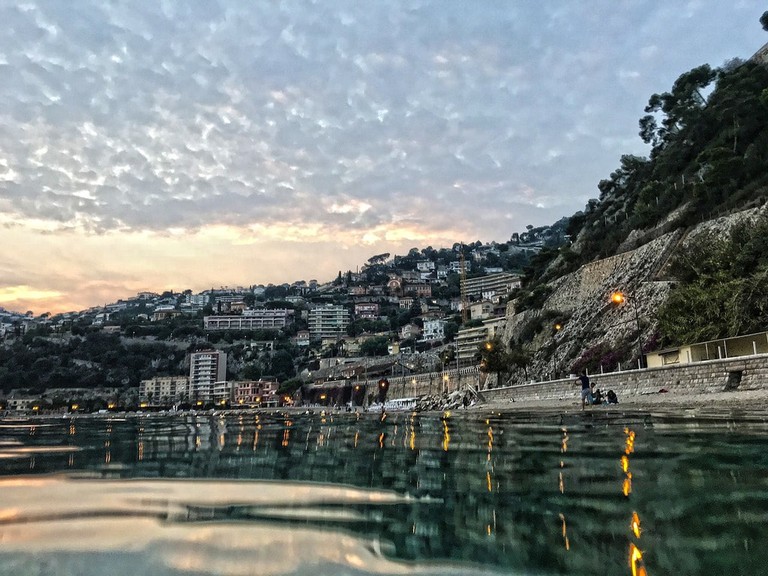 Arles is most well known for being home to Van Gogh and you can still see the famous settings and his work in the Van Gogh Foundation. It also has a Roman amphitheatre where you can see concerts and bullfights. Arles is 50 minutes from Marseille on the train and probably an hour by car. 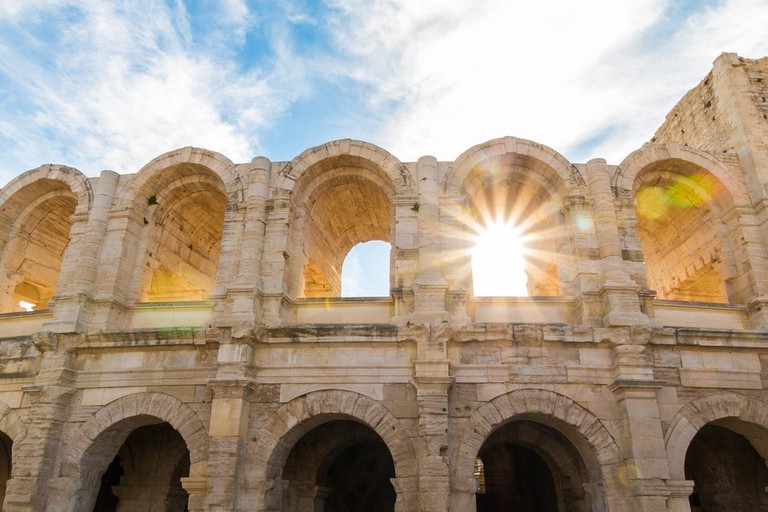 Cassis is a small fishing village on the coast between Marseille and St Tropez. It’s a good day trip because it has a great beach (with beachside restaurants), upmarket artsy fashion and souvenir shops, and a cute harbour where you can sometimes see water jousting or just have a good meal. The train takes about 30 minutes but you will need to wait for a bus down into the village (which might add another hour onto your trip). Take your bikes on the train if you don’t mind the journey back uphill or catch a taxi. If you drive, parking is always difficult unless you arrive early, so it might be best to use the park-and-ride schemes on the hill overlooking town. 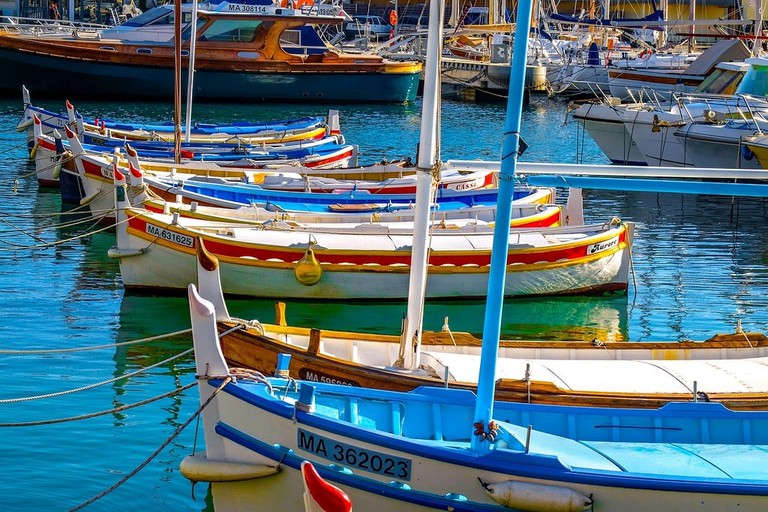 Nice is a big city so a day trip won’t do it justice, but it will give you an idea of why people love it so much. There’s so much to do here (other than the beaches) but if you only have a day, it’s best to check out the Roman remains of Cimiez, wander the iconic Promenade des Anglais and see some of Matisse’s artwork. He lived in the city for most of his life. Read our checklist of unmissable Nice attractions. Nice is just over 2 hours in the car and there are also fast trains. 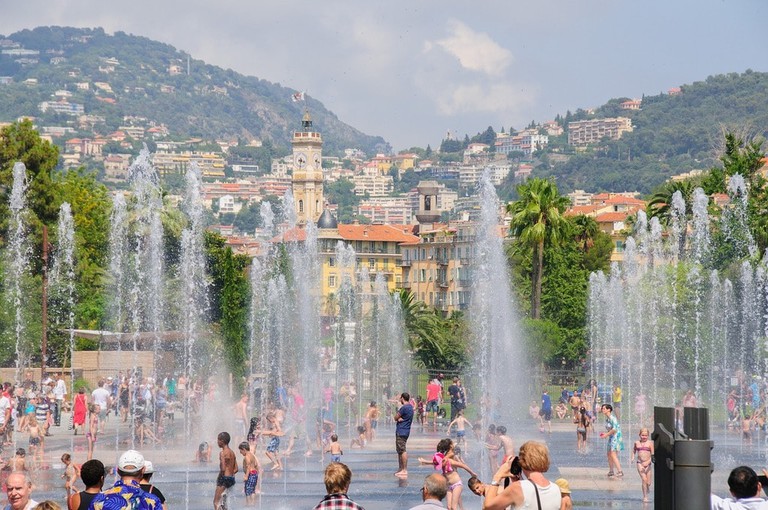 Nice has its own microclimate | © bogitw/Pixabay

The Gorges du Verdon is the largest canyon in Europe. It measures 25 km in length and can be 700m deep in places. You cannot get to it without a car (it takes 2 hours), but you can choose to explore it up high (around its rim road), or from below (where you can park then kayak or swim in). The nearby town of Moustiers-Sainte-Marie is an obvious choice to stop for provisions. It has lots of restaurants, a couple of supermarkets and is classified as one of the most beautiful villages in France. 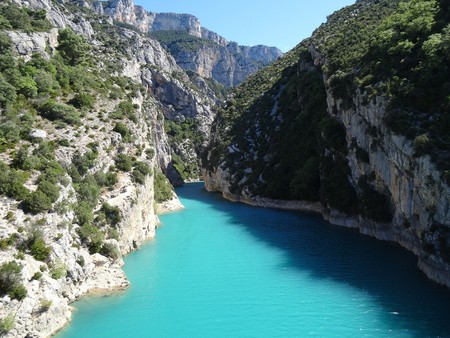 The hilltop village of Éze (featured image) has been the backdrop for lots of films. It’s about 3 hours by car from Marseille so it would probably be best to share the driving with someone else or car share. The road from Nice to Éze winds its way along the coastline in a precarious fashion (so it’s often in movie car chases) before it dips down into Monte Carlo.