Best Hotels in and Around Perpignan, France 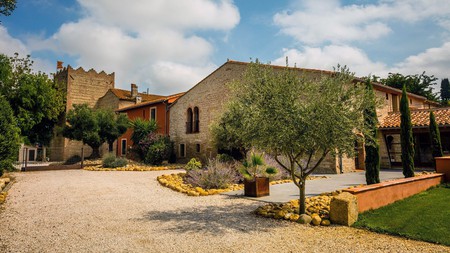 Famed surrealist Salvador Dalí proclaimed La Gare de Perpignan, the city’s train station, to be ‘the centre of the world’ following an ecstatic vision in 1963 – quite the honour, but there is plenty more to Perpignan than its transport links.

The city of Perpignan served as the capital of the Kingdom of Majorca during the 13th and 14th centuries, and this Catalan influence can be seen around the area, especially in the metropolis’ medieval core. Take a look at what there is to see and do here and prepare for your visit by choosing one of the area’s best cultural hotels, bookable with Culture Trip, 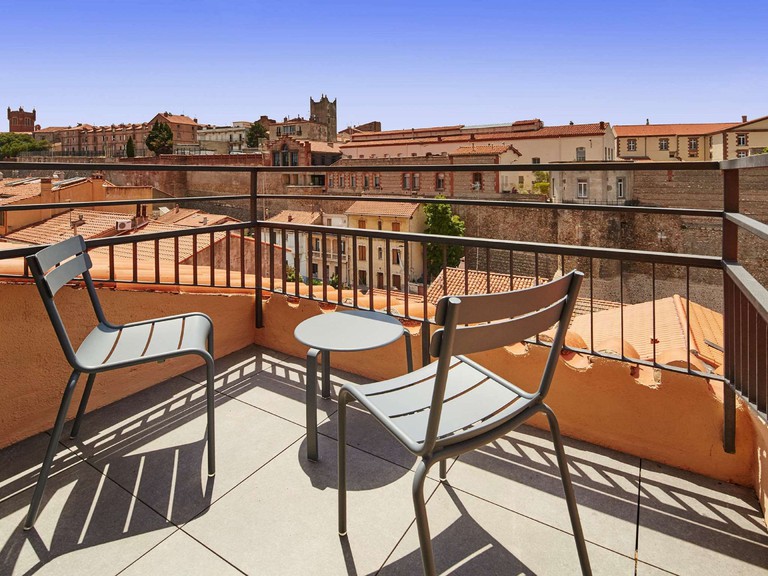 Let’s get the obvious bit out of the way first – the hotel is named for Salvador Dali, and his spirit resonates through the building – a copy of Dali: The Paintings by Robert Descharnes and Gilles Néret sits in every room. The rooms are spacious and understated, there’s a lounge with board games and yet more nods to Dali, and a bar serving up local wines. The Palais des Congres is just 300 metres (984 ft) away. 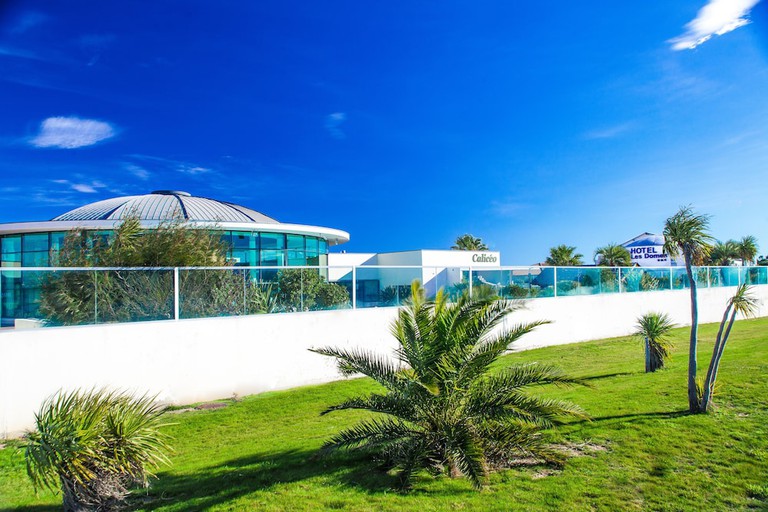 Appropriate for a place so close to the Spanish border, this hotel has whitewashed walls that gleam in the Mediterranean sun. The rooms are open plan with modern furniture, soft mattresses and big soaking tubs. Pampering is high on the menu here, with an extensive spa, two pools (one of which has its own bar) and breakfast in bed on offer. Canet Beach is just a 20-minute drive away. 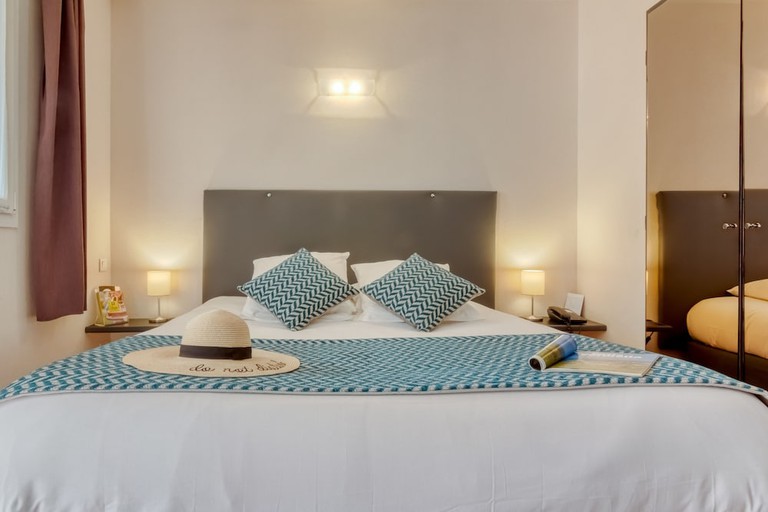 The Les II Mas sits on the suburban border of Perpignan, close to the Parc Sant-Vicens golf course and many popular Pyrénées-Orientales walking routes. The 33 rooms have a Med-friendly vibe with tiled floors, Spanish-style furniture and art and complimentary sun hats. A bistro-style restaurant serves a seasonal, seafood-focused menu, and there’s an outdoor pool with a terrace and hot tub. 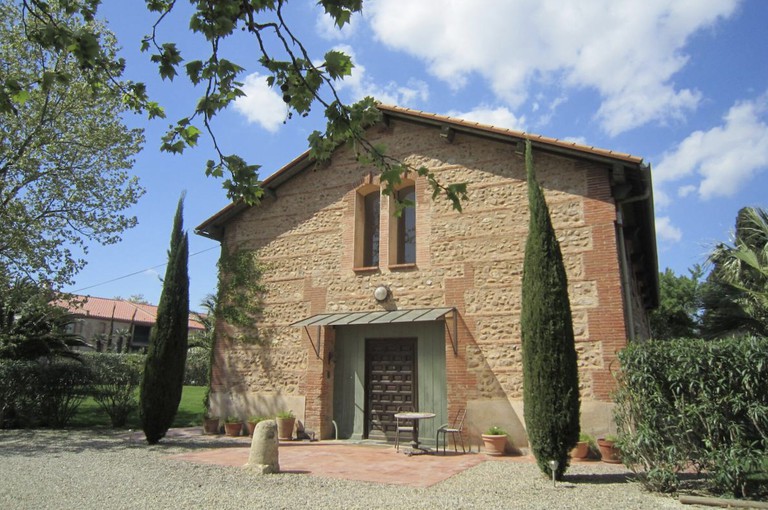 Les Mas Breson was designed by Danish architect Viggo Dorph-Petersen, who also turned his hand to a number of iconic chateaux in the area. The style evokes the neighbouring Catalan culture, and is set in verdant gardens of Mediterranean flora. The rooms are split across several houses of varying sizes, with massage treatments and complimentary breakfasts available. Horseback riding is bookable from the front desk, hiking routes are nearby and there’s an outdoor pool and ping-pong tables. 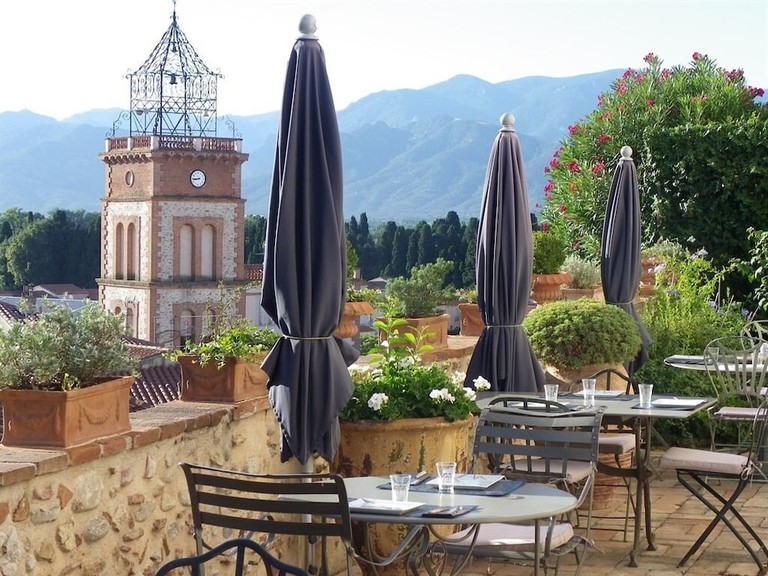 Courtesy of Château d'Ortaffa / Booking.com
View Rooms
From $124 Per night per room

Wine plays a pivotal role in the South of France, so where better to stay than an old winery converted into a hotel? Château d’Ortaffa overlooks the ancient village it’s named after, and offers a choice between four rooms, sleeping between one and three guests. The rooms have a classical feel that suits to the surroundings, and as a B&B, the customer service is intimate, with bicycles available for hire and plenty of friendly advice on offer from the hotel’s husband-and-wife owners. 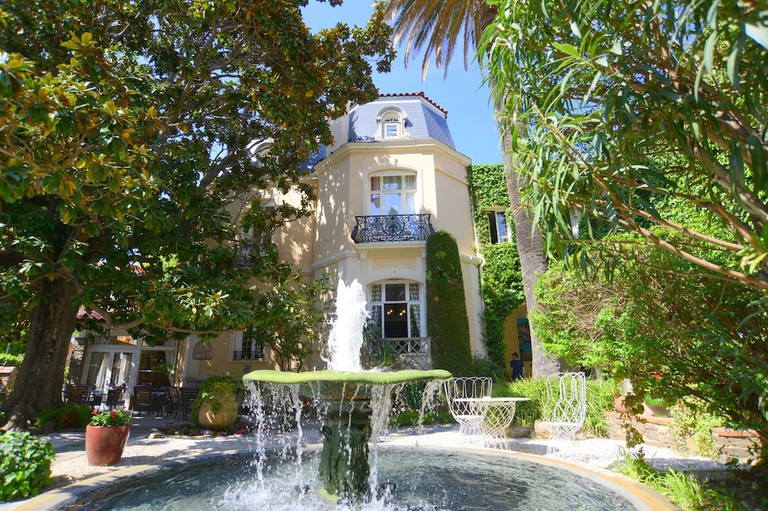 The Casa Pairal was once a mansion, nestled in the middle of Collioure, a beach town sometimes referred to as the ‘City of Painters’ thanks to the role it played in the rise of Fauvism, and the way it inspired the likes of Picasso, André Derain and Fujita Tsuguharu. The ivy-coated hotel is an artwork unto itself, surrounded by palatial sculpture and packed with intriguing vintage furniture. The rooms all have local art on the walls, as you’d expect, and all of them have their own distinct character. The hotel offers a heated outdoor pool in a private garden, as well. 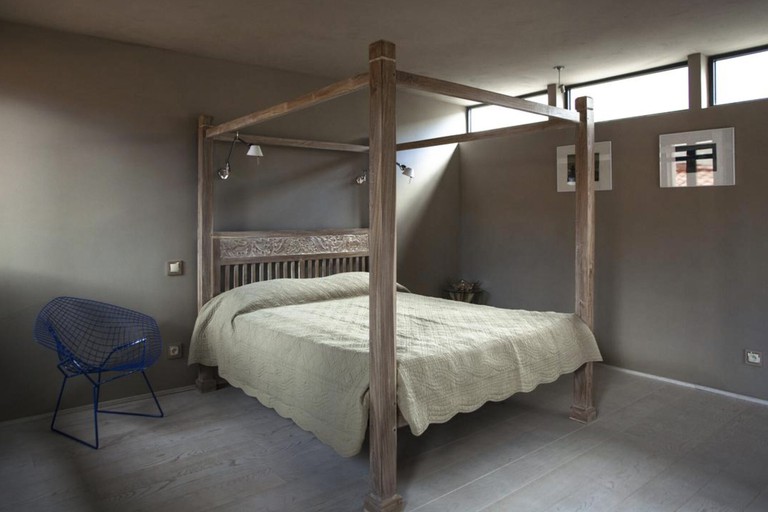 Courtesy of Can Artists La Loge / Booking.com
Book Now
Located in the historic centre of Perpignan, just 200m from the city’s cathedral, Can Artists La Loge is a boutique B&B composed of three stylish rooms. “Water” has a four-poster bed, “Air” features a spa bath, and “Earth” is decorated with the traditional Moroccan wall coating tadelakt. Although these rooms are the result of refurbishments, the original façade of the hotel has been preserved, as is the case with many of the centuries-old buildings lining the Place de la Loge.

Built in the Belle Époque by a local baron, the grand Château La Tour Apollinaire is made up of seven individually decorated apartments. The terracotta roof tiles typical of the Languedoc region are present; the garden, over an acre in size, contains more than 300 exotic plants, palms, and shrubs; and the view from the windows, taking in vineyards, mountains, and the surrounding landscape, is magnificent. Guests can also opt for a self-catered stay and can rent one of the two- or three-bedroom apartments privately, for an added dose of tranquility.

Courtesy of Casa9 Hôtel / Expedia
View Rooms
To the southwest of Perpignan lies the small town of Thuir, which is where you’ll find Casa9 Hôtel. The locale is nothing short of idyllic: nestled in the countryside, a small creek and lush vegetation surround the renovated Catalan mas or farmhouse, that dates back to the 11th century. Some rooms come with private patios and the hotel also offers deals that add massages or quad bike excursions to your stay. If you’re looking to go off the beaten track without sacrificing comfort and luxury, this is the place for you.
More info 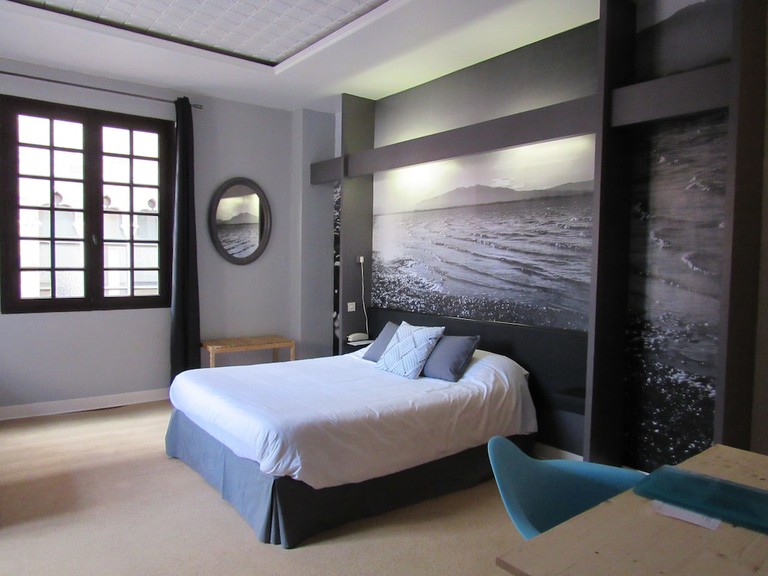 Courtesy of Hôtel De La Loge / Expedia
View Rooms
From $67 Per night per room
Formerly a merchant’s residence, the Hôtel De La Loge, built in the 16th century, is part of the city’s heritage. It has retained much of its old Catalan charm, with statues, ornaments, furnishings, and a wrought iron staircase all attesting to its centuries of occupation. The hotel is found at the heart of Perpignan’s old town, with some of its rooms having balconies overlooking the Place de la Loge. It is thus a perfect jumping-off point for tourists wishing to explore the network of winding streets and alleyways here.
More info 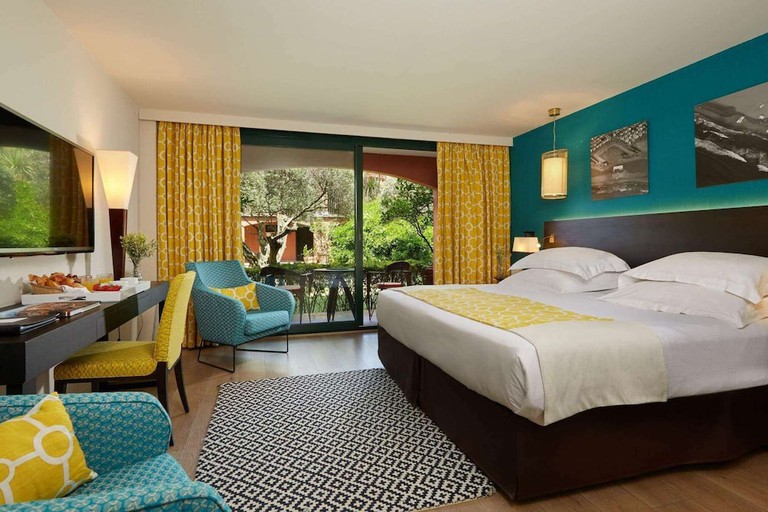 Courtesy of La Villa Duflot / Expedia
View Rooms
From $148 Per night per room
The 30 rooms and suites of La Villa Duflot are centred around a Mediterranean patio with an infinity pool and a garden filled with olive, pine, cypress, eucalyptus and palm trees. The hotel’s gourmet restaurant has a terrace that also opens up onto this patio, as well as a 120-seat dining room. Here, chef Michel Védrines presents regional and Catalan flavours to La Villa Duflot’s guests. Art is also prized, with the hotel hosting sculpture and painting exhibitions and the rooms featuring art deco touches.
More info 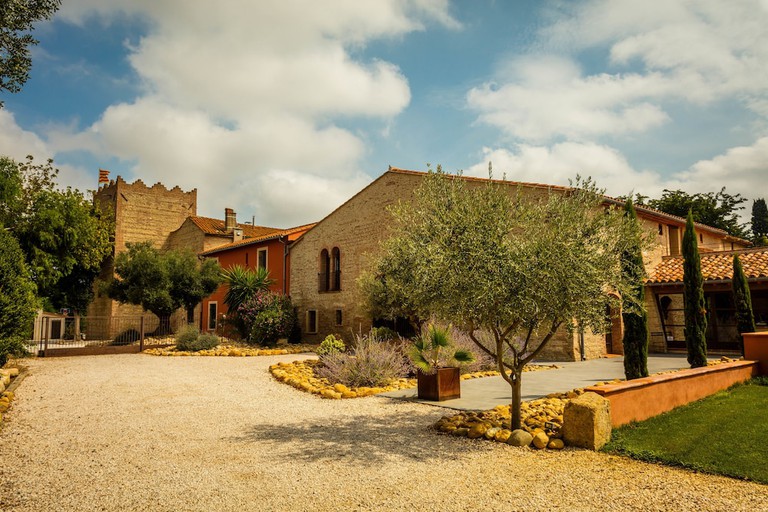 Courtesy of La Villa Duflot / Expedia
View Rooms
From $184 Per night per room
Mas Latour Lavail occupies a 16th-century Catalan farmhouse in the middle of a sprawling expanse of vineyards. Each of the hotel’s five rooms is named after a vin doux naturel, a sweet wine of southern France, the colour of which is integrated into the design of the room. The wine vats were converted into a wellness centre, with a jacuzzi, hammam, and gym on offer. The swimming pool and wooded garden are other attractions worth dipping into. The contemporary interiors create a pleasing contrast with the character of the building’s original wooden beams and stonework.
More info