The Best Beaches in Normandy, France 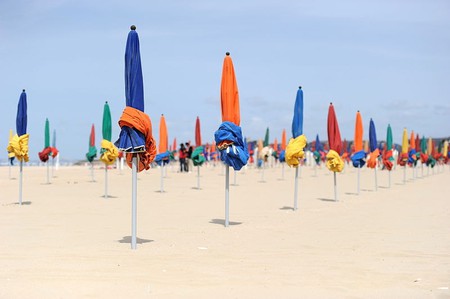 Parasols on the beach in Deauville | © Guillaume Paumier / WikiCommons

Normandy is home to approximately 650kilometres worth of spectacular coastline. Add to this its sandy shores, ivory cliffs and the incredible history that these waters witnessed, and the result is beaches that can rival those of the South of France. The waters may be brisk and the weather a bit spotty, but don’t let that stop you from experiencing the best beaches in Normandy, France.

The port town of Arromanches-les-Bains was an important locale during the D-Day landings of June 6, 1944. To commemorate its role, visitors will find here the Landing Museum, which walks guests through the Normandy Invasion campaign, as well as Arromanches 360, a circular cinema overlooking Mulberry Harbour that presents a film with rare footage from World War II. In addition to its moving history, its long stretch of sandy beach allows for time to bask in the sun or take a dip in the water following your lesson in local history. 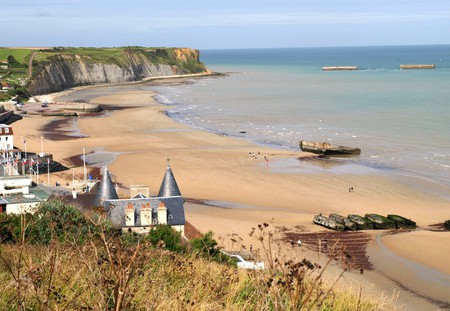 Aerial view of the beach at Arromanches | © Comité Régional / WikiCommons

The small commune of Ravenoville is home to a mere 270 residents. It is divided into two parts, Ravenoille-Bourg and Ravenoville-Plage, the latter known for its beach and the colourful pastel fishing houses that line its shores. Ravenoville was also a pivotal player in the events of the Second World War; the nearby Sainte-Mère-Église was the first freed commune in France, and its position on Utah Beach is the area where the American soldiers landed during the Invasion. As a result, it’s a village not only of natural beauty, but also of deep history and striking architecture. 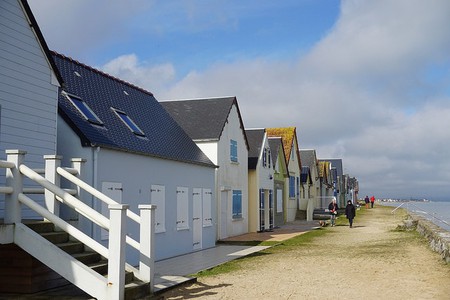 Cabourg is a phoenix of a town: once a no man’s land that rose to fame as a chic seaside resort during the mid 19th century. Today, manors from the Belle Époque still line Cabourg’s main promenade that runs alongside its golden beaches. Along with its beach, Cabourg offers an array of activities and hosts annual events. Cabourg, Mon Amour is a three-day festival suited for indie music lovers with performances taking place on the beach, and the Romantic Film Festival happens every year in June. If you can’t make it during these event dates, there’s still their famous casino, art galleries, a horse race track and, of course, hanging out by the sparkling Channel to keep you entertained. 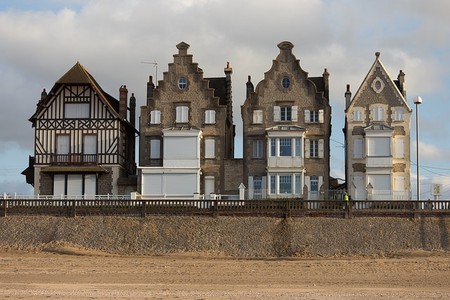 Barneville-Carteret sits on the west coast of the Cotentin Penninsula in the Manche region. For years it’s been a top choice for Normans looking to holiday close to home and sees many vacation rentals and campsites near its shores. An abundance of activities, including sailing, rowing, golfing and horseback riding, make it a great spot for families. It also has a lively fishing port, with ferry departures to the Channel Islands. 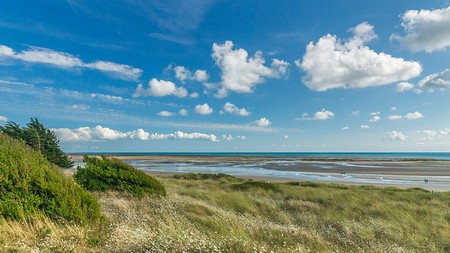 Resting on the Flower Coast of Normandy, Deauville has been a favourite spot for city dwellers looking to escape Paris for the weekend since the early 19th century. Just a little over a one-hour direct train ride from the City of Lights, this seaside resort often referred to as the ‘other French Riviera’ is the home of beautiful hotels, divine seafood restaurants and a stunning shoreline. Backing its vast beach is Les Planches, a boardwalk constructed in the 1920s lined with Art Deco-style bathing cabins, each bearing the name of a famous American actor who came to town during its renowned Deauville Film Festival. 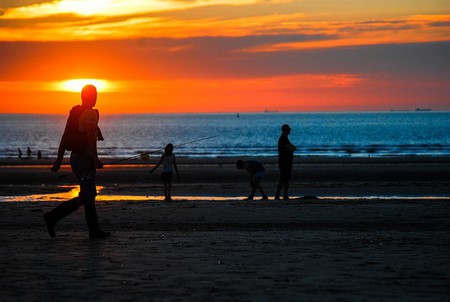 On the Alabaster Coast, Fécamp’s defining features are the ivory cliffs that embrace its shores and its pebble stone beaches. The cliffs are at their tallest here, reaching over 90 metres in height and adding to the dramatic landscape. Navigate the waters here by kayak or try your hand at windsurfing, a favourite pastime in Normandy. Rentals and private lessons are available to book through the Tourist Board. 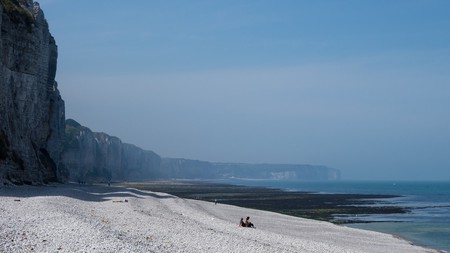 Granville is a seaside resort in the Manche region, nicknamed the “Monaco of the North” thanks to its geographical location on a rocky peninsula. Granville was one of the first ports used for shellfishing, making it a great spot to indulge in the mouth-watering seafood Normandy has to offer such as clams, scallops and cuttlefish. The Old Town of Granville, still encircled by ramparts, boasts a Modern Art Museum as well as one dedicated to the history of the city. Be sure also to visit the Christian Dior museum while here, a lovely pink villa dedicated to the late fashion designer that was born in Granville. 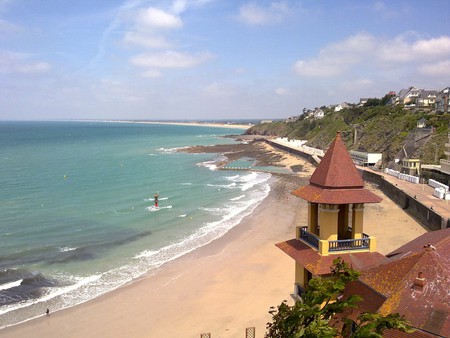 The shores of the beach at Granville | © Robert Lihou / Flickr

The Îles Chausey is an archipelago off the coast of Granville. There are 365 inlets during low tide, dropping to 65 during high tide. Its remote location allows for relatively untouched wild beauty and six white, sandy beaches. Access to the main island (the Grand Île) departs from Granville and takes approximately one hour by boat. One hotel is on the island to host visitors who wish to stay overnight (there are some cottages for rent as well), along with a handful of restaurants and shops. Home to various flora and fauna, you may even be fortunate enough to spot a dolphin on your visit! 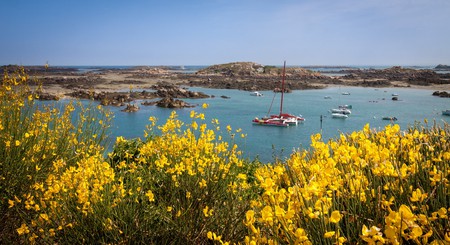