The Beauty of St Tropez Captured on Film 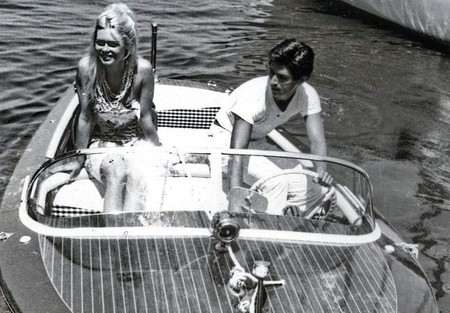 St Tropez’s sublime landscapes, wonderful architecture and sunny climate have been used as a backdrop to many movies that helped put St Tropez on the map. Here’s our guide on where to find the places that featured in many seminal films.

In the 1950s, Brigitte Bardot arrived in St Tropez, with her then-husband, 28-year-old Roger Vadim. The town was relatively unknown and so was Bardot. It was the film they made, And God Created Woman, that threw her and St Tropez into the spotlight. 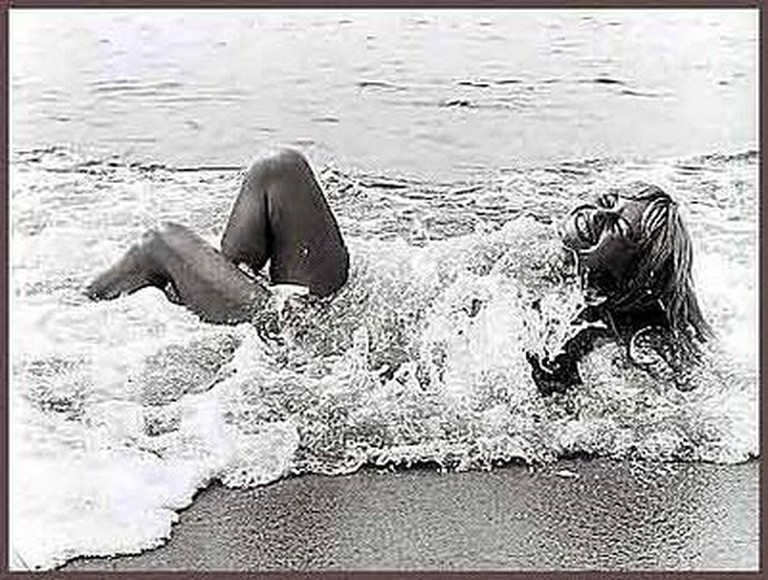 The film is about the complicated love triangle between two brothers and Bardot – she is in love with the one who doesn’t want her. The film took lots of shots of Bardot on the beach at Pampelonne (a bay just south of the town itself). Legend has it that the film crew arrived, erected a shack on the beach as a restaurant etc. which they called Club 55. The film didn’t open to critical acclaim but it launched Bardot’s career and her love affair with St Tropez – she bought a house here and has never really left. The world went crazy for her and for St Tropez and people began to flock to Pampelonne and Club 55. 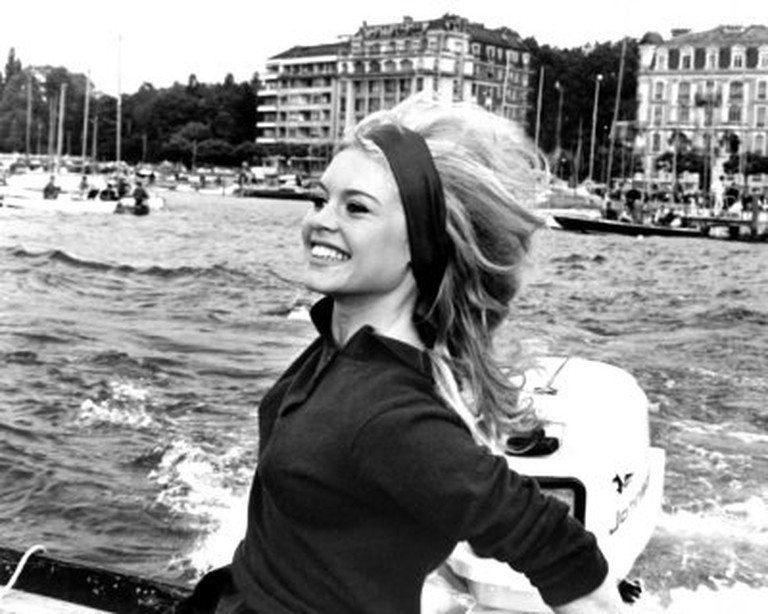 Unusually, it still has the same reputation today. The A-Listers hang out at Club 55 every summer, tourists flock to Pampelonne Beach to soak up the glamour and St Tropez is still one of the coolest places on the planet. 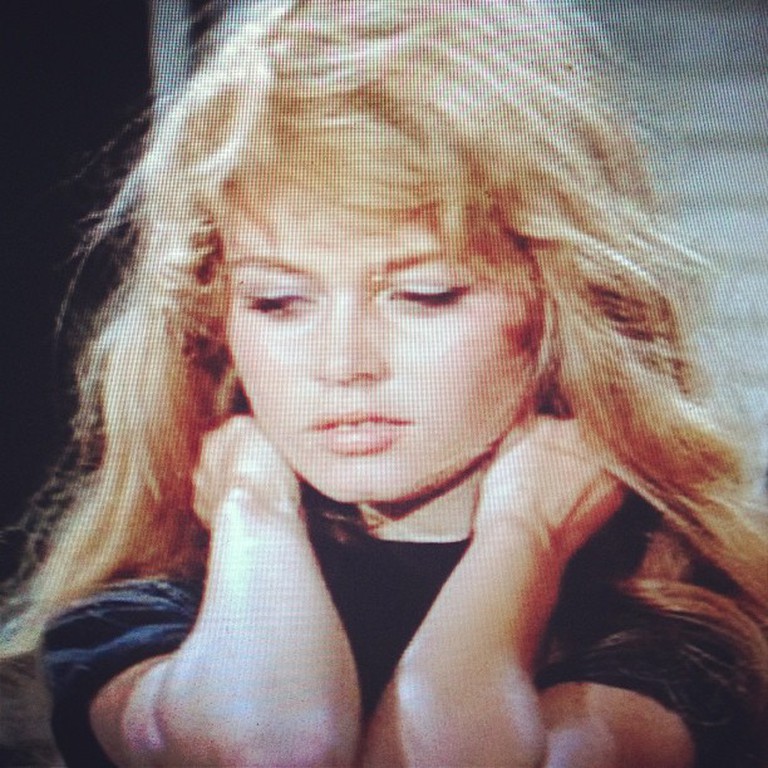 A film still from 'And God Created Woman' | © Mikhael Tarigan/Flickr
The cemetery at St Tropez is on the headland just outside the town centre. It’s a beautiful location, permanently captured in celluloid in two movies. And God Created Woman in 1956 (“Et Dieu… Crea La Femme“) and La Piscine (The Swimming Pool) in 1969.La Piscine was a movie with Romy Schneider, Alain Delon and Jane Birkin. This classic tells the story of a couple in St Tropez, Jean-Paul and Marianne, who are visited by another man, Harry and his teenage daughter, Penelope. During the course of their stay it becomes clear that Harry is a former lover of Marianne and they begin to rekindle a relationship. Meanwhile Jean-Paul and the teenage daughter spend a day at the beach and become romantically close. The drama reaches a conclusion when both men find out.The film was released in English and French and became a cult classic. It was remade to critical acclaim in the 2015 film, A Bigger Splash, with Tilda Swinton and Ralph Fiennes. Scenes of both films were shot at the cemetery and what’s more, the Director of And God Created Woman, Roger Vadim now lives there permanently – he was buried there upon his death in 2000.
Open In Google Maps
Saint-Tropez, Provence-Alpes-Côte d'Azur, 83990, France
Give us feedback 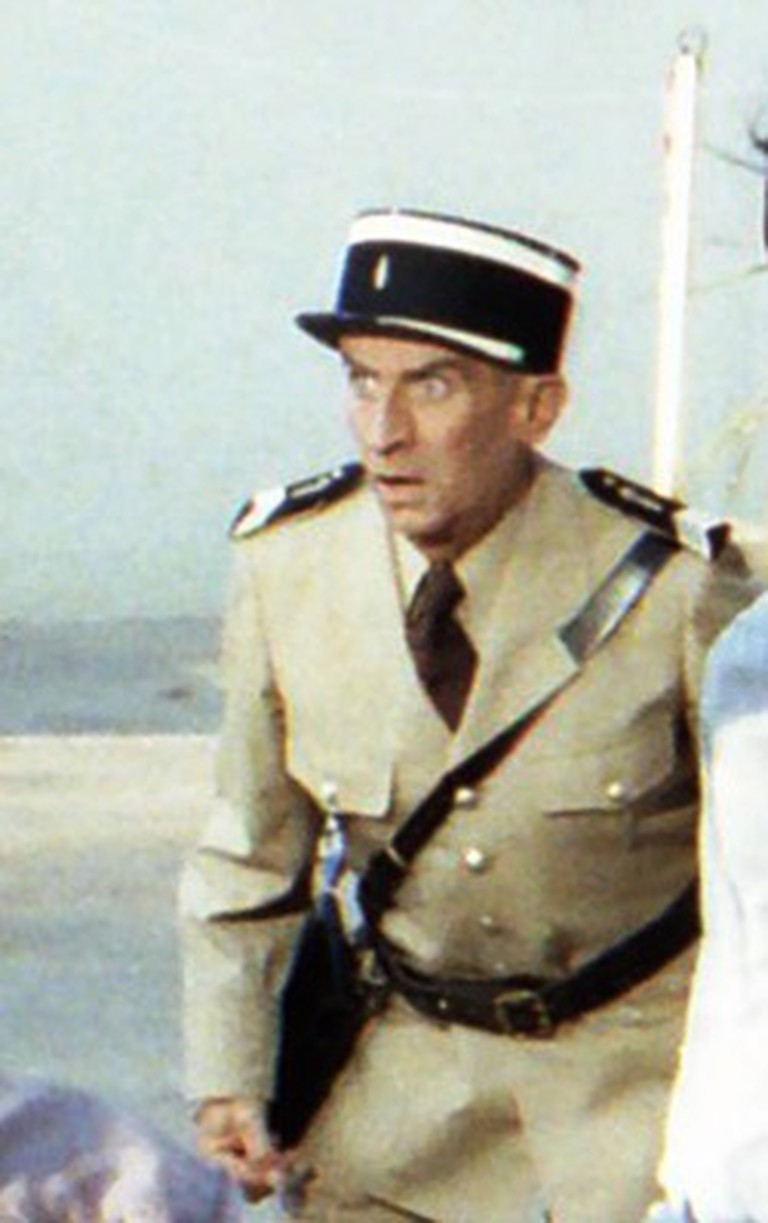 Louis de Funès shooting in St Tropez | © Rolf Gebhardt/WikiCommons
The Troops of St Tropez (“Les Gendarmes de St Tropez“) was the highest grossing film in France in 1964. It’s a comedy featuring Louis de Funès, who plays a “gendarme” (policeman) called Ludovic Cruchot, who is reassigned to St Tropez from a small village.He has two problems – his runaway teenage daughter and a group of persistent nudists who are threatening to disturb the seaside town. The film features many locations in town, but most pertinently, the old police station. This beautiful building now houses the quirky Musée de la Gendarmerie et du Cinéma, which celebrates the town’s relationship with films and the Police. The film was huge and spawned a number of different movies, including The Policeman & Creatures From Outer Space.
Open In Google Maps
2 Place Blanqui, Saint-Tropez, Provence-Alpes-Côte d'Azur, 83990, France
+33494559020
Visit Website
Give us feedback
Give us feedback