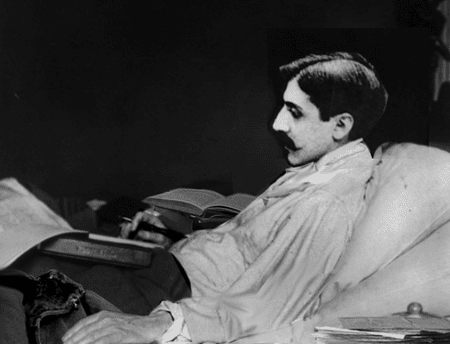 Nearly 6,000 correspondences by the iconic French writer will be made public worldwide.

Marcel Proust, widely considered to be a one of the 20th-centuries greatest writers, if not of all time, has been the subject of intense scholarly and popular imagination since Swann’s Way, the first volume in the epic novel In Search of Lost Time, appeared in 1913. Though primarily known for this masterpiece, Proust was also a voracious writer, especially in his many personal and professional letters. Now, for the first time, those missives have been digitally scanned, over 6,000 in all, and will be made available online.

As noted by several sources, including the New York Times, the letters were first assembled and published by the American scholar and archivist Philip Kolb. According to the Times, who wrote an obituary upon his death in 1992, Kolb began assembling the letters of Proust into 21 volumes, the first of which was published in 1970, and was awarded a Grand Prix by the French Academy.

This newly digitized archive will be released in batches, the first of which regards Proust’s letters written during the First World War, including several addressed to his younger brother Robert, a surgeon on the front. Those will appear in November 2018, on the 100th anniversary of the armistice.

Proust’s more literary-minded letters, sent to editors, fellow writers, and critics, show a more knack for publicity. Many of these are epistolary brainstorms in which Proust suggests various publicity and marketing strategies for his work. Also included are Proust’s own write-ups of his own work. If a writer showered him privately with praise, Proust would collect into a scripted self-review what essentially amounted to blurbs and have them sent by his publisher for publication in Le Figaro.

Speaking to the Times, the rare manuscript specialist for Sotheby’s, Benoît Puttemans, noted that Proust had initially agreed to a deal with Bernard Grasset, the publisher of “Swann’s Way,” that Proust would pay for the costs of publication and promotion.“I wouldn’t say Proust was narcissistic, as it was not so uncommon in that era for writers to write positive reviews of their own work,” Mr. Puttemans said. “It was a cunning thing to do, but Proust had a large network and he used it in a very modern way. He was ahead of his time.”

Some of the earliest praise that helped “Swann’s Way” find an enthusiastic readership came from the painter Jacques Émile-Blanche who compared Proust to Dickens, called Swann’s Way a “little masterpiece” that “like a gust of wind blows away the soporific vapors” of the other works available on the literary marketplace, and proclaimed Proust’s writing to read like “the fourth dimension of the Cubists.”