The 9 Best Villages to Visit In France

France is the most visited country in the world, its world-class cuisine, unparalleled artwork, colorful history and idyllic scenery drawing tourists in droves from all over the globe. The creative capital of Paris has become an icon of popular culture and is emblematic of everything fashionable and innovative in Europe. But France has far more to offer than grand museums and the Eiffel tower. On your next visit, why not exchange the city streets for a more rustic and rural experience in one of the country’s numerous, stunning villages; here’s 9 of the best. 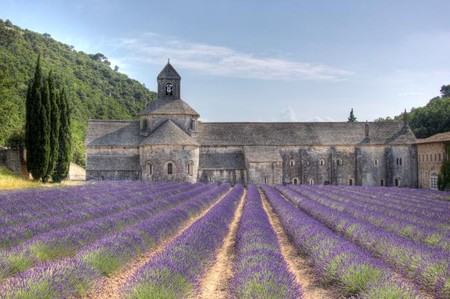 Eguisheim was voted France’s favorite village back in 2013, and it’s remarkably easy to see why. After conquering the village the Romans cultivated and encouraged the region’s wine culture, and it is now an area which is highly reputed for producing fine Alsace wines. Thanks to its picturesque timber-framed buildings with colorful shutters and cobbled streets, the town has long been overwhelmingly popular with tourists. Archaeological excavations have confirmed a human presence in the area dating back to the Palaeolithic Age, and the village lays claim to being the home of a former Pope of the Catholic church, Leo IX.

The medieval village of Conques is nestled within the lush green mountains of the Midi-Pyrénées region and is an outstanding example of the area’s Romanesque architecture. The lack of modern renovation in the village between 1800 and 1950 has resulted in the core of the town remaining astonishingly untouched. As the town boasts an abundance of narrow historic alleyways and winding streets, larger vehicles are not able to enter, meaning the majority of visitors travel by foot. This in turn, helps the village to maintain its quaint, immaculate setting. Overlooking the entire village is the rustic UNESCO World Heritage site of the Abbey-Church of Saint-Foy, a site which previously attracted the attentions of traveling pilgrims as it contained the relics of St.Foy, a young martyr from the fourth century. As well as acting as a place of worship, the chapel regularly welcomes architectural explorers to discover the enthralling French styles inside.

A small coastal town in Normandy, Vueles Les Roses combines bundles of charm with breathtaking beauty. The town is crossed by France’s smallest river, the Veules, a stretch of water which is only three-quarters of a mile long. Playing neighbor to an impressive collection of white cliffs, the town’s natural scenery is enhanced by a rugged coastline which, come summer, provides the ideal setting for both family time and relaxation. The charm of the town has long been irresistible to artists and writers who have flocked to the area over the years. Due to the quiet nature of the town, your senses will be undisturbed when enjoying the surrounding thatched timber houses and the calming sounds of the breaking sea waves on the nearby shore.

It’s no wonder Sainte Suzanne was selected as the site in which to construct a major fortress, as its hilltop location provides unbeatable panoramic views of the nearby countryside. Boasting a rich military history, this tiny village is riddled with a wealth of secrets for visitors to unearth. Saint Suzanne was, in fact the only French town capable of resisting attacks by William the Conqueror during his siege from 1083 to 1087. The outskirts of the town contain a large military camp built by William during his siege, a site which is still in remarkable condition today. Access to the 11th-century donjon, the castle keep, as well as the castle ramparts, is free and provides an enjoyable excursion. Dating back to 4500 BC, the other nearby attraction which is worth visiting is the Dolmen des Erves, a stone structure which is the earliest proof of people living within the region.

Corbara was founded in 886 AD by an exiled Roman prince. With a present day population of just over 900 people, there is definitely space to find a piece of peace and quiet within this village. As the town is surrounded by the Mediterranean sea, temperatures here are warm and balmy, making it a perfect destination for tourists during any season. The enchanting palette of colors exhibited by the town make it a photographer’s paradise, and the most notable feature here is the idyllic, white-washed church tower which stands prominently at the heart of the town. To discover more about the village, head to the treasury museum and use the hiking trails to explore the sun-drenched countryside.

Moustiers-Sainte-Marie often ranks as one of the most beautiful villages of France, and it is easy to see why. Striking gray limestone cliffs dominate the village’s skyline, creating a surreal, dramatic and enthralling setting. The town has always historically been associated with pottery, and it is especially famous for its ceramics which characteristically feature intricate decor. A small train is available to guide visitors around the surrounding points of interest here, and much like the other villages of France, the 12th-century Notre-Dame church is the centerpiece of the area. The church remains in outstanding condition due to the restoration works which took place inside the structure in 1928.

Those seeking to experience the slow pace of everyday life in an active, stunning French village have to stop off at Parfondeval. Primarily an agricultural settlement, this village is characterized by its traditional red-brick houses with gray, slated rooves. Fields of maize, pretty orchards, and vast farmland dot the surrounding greenery beautifully. Must-sees here include the majestic Church of Saint Médard, and a museum showcasing an array of old farming tools. It is also possible to arrange guided tours of the village.

Perouges is believed to have been founded in 1167 by a Gallic colony from Prugia in Italy. The village was previously home to large numbers of craftsmen and a booming textile industry until the end of the 18th century, but, thanks to the rerouting of the roads and railway lines, the majority of the town fell into disrepair in the 19th century. However, it is still an idyllic destination which should not be missed when in France. A spring festival is held annually here, an event which showcases a range of musical events, and a spectacle which invites visitors to come and enjoy a variety of singing and dancing styles. Due to the village’s authentic and historical appearance, it has often been chosen as the setting for numerous French period dramas and short films.

What Autoire lacks in terms of size it makes up for through sheer beauty; picture-perfect stone buildings center around a bewitching central fountain here. Best visited in spring, the modest village comes alive at this time through its blossoming flowers which colorfully dot the streets and gardens of the area. Immerse yourself in nature here and embark on a hike of the countryside, many of which lead visitors to the village’s glassy and turquoise waterfall. Dining options come in the form of a few quaint restaurants and cafés.