The 8 Most Haunted Places In France

Mont Saint-Michel │© Iker Etxebarria Urkaregi
People come to France in their droves to sample the food, the wine, and, depending on the amount of each consumed at lunch, the culture. But there is another kind of visitor to these shores with altogether more peculiar tastes: the paranormal tourist. Castles, churches, parks, cemeteries, and houses across the country are said to be haunted by the many victims of its long, bloody history, and a macabre industry is rising up around them. Below are eight of the scariest to complement our guide to the spookiest spots in Paris.

In the Périgord, an ancient region of France that corresponds roughly with the modern Dordogne department, the Château de Commarque constituted an important strategic location during the Hundred Years’ War. It was also the site of one of the conflict’s most brutal battles, the tragedy of which has echoed down the ages. During the fight, the young love of the Earl of Commarque’s daughter was beheaded. However, it is not the ghost of the young man that wanders the ruins, but that of his horse, locked in a perpetual search for its master. Which, actually, is rather sweet. 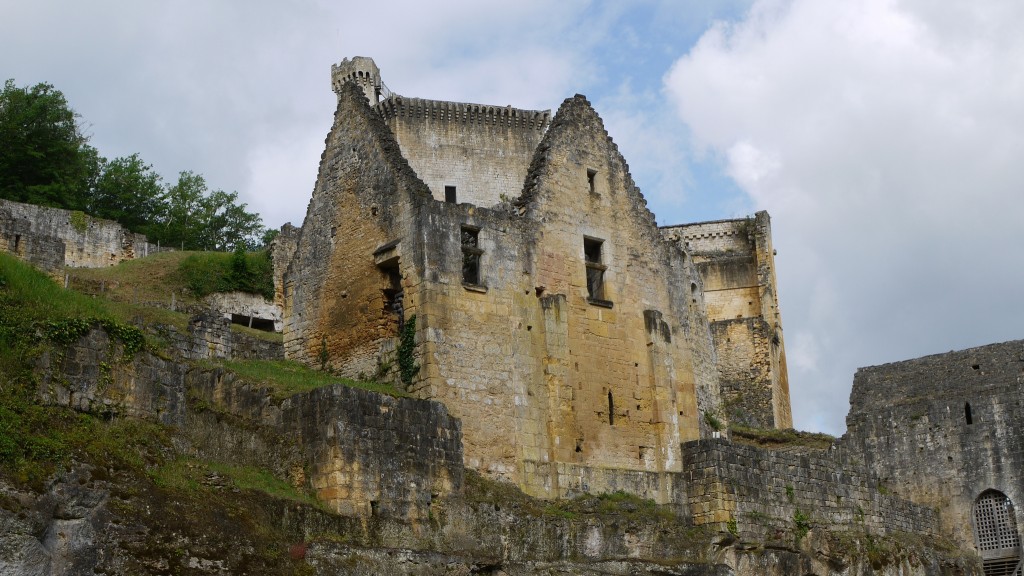 This religious monument in the Eure department, within easy reach of Le Havre and Rouen, has long been renowned for its paranormal activity. The star of the horror show is The White Lady. Thought to be Mathilde l’Emperesse, the daughter of the Abbaye de Mortemer’s founder, her spirit was even photographed back in 1999. Paranormal investigators on French television have since debunked the image, or at least accurately recreated it using some staging and lighting trickery, but this has done little to extinguish people’s fascination with this historic place. 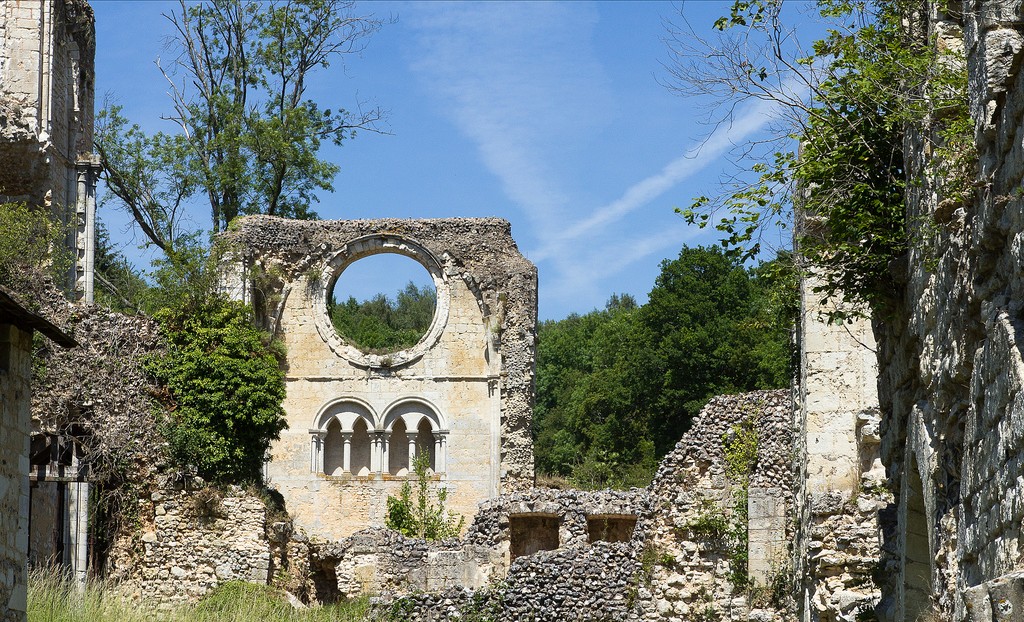 The Château de Brissac is the highest castle in France, among the most beautiful in the Loire Valley, and one of the most haunted sites in the country. Ghost hunters and tourists are drawn by tales of midnight wailing, eerie presences, ghostly apparitions, and the occasional, inexplicable glancing touches. The prime offenders are thought to be the young wife of former owner Jacques Brézé, Charlotte, and her lover. When he caught the pair in an adulterous act, Jacques dealt out some 15th century justice by running them both through with his sword, pinning their souls forever between the castle walls. 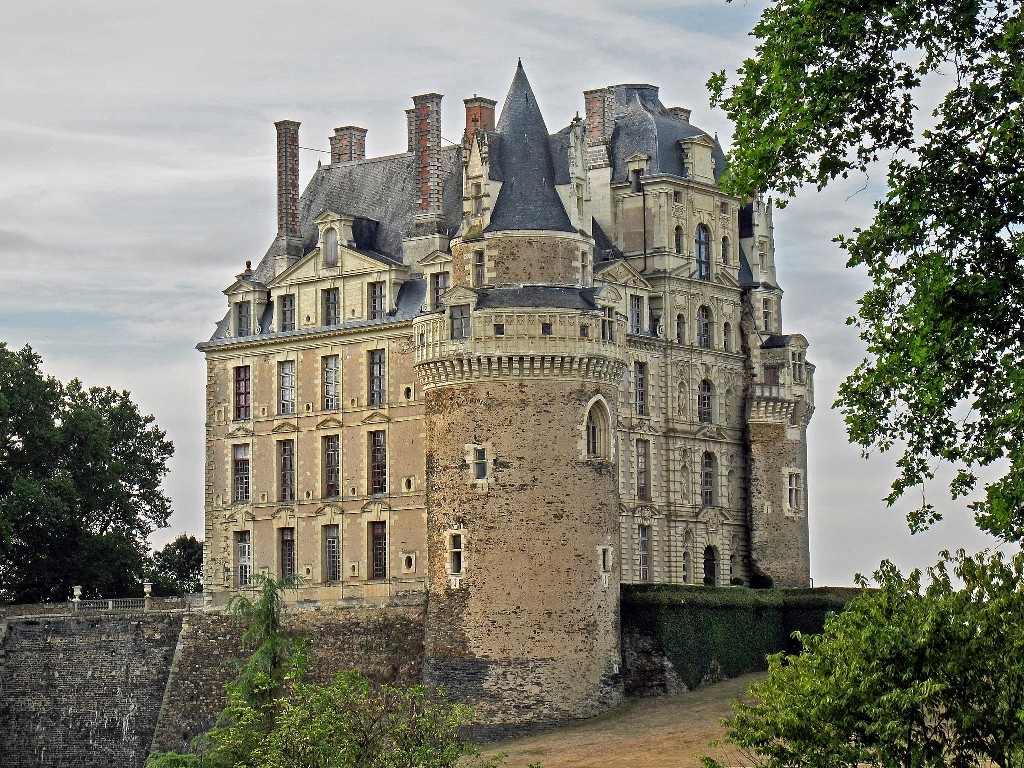 Often cited as the most haunted castle in France, the phantoms of the Château de Blandy-les-Tours in Seine et Marne are firm believers in going big or going home. On All Saints’ Day (November 1st), the ramparts are said to be stalked by dozens of trapped spirits, while the sound of chains and muffled cries fills the air. A particularly nasty character amongst this gang of ghouls is a 10th century lord; a notorious murderer who wanders through the halls in his bloody clothes, brandishing a dagger at anyone he meets. 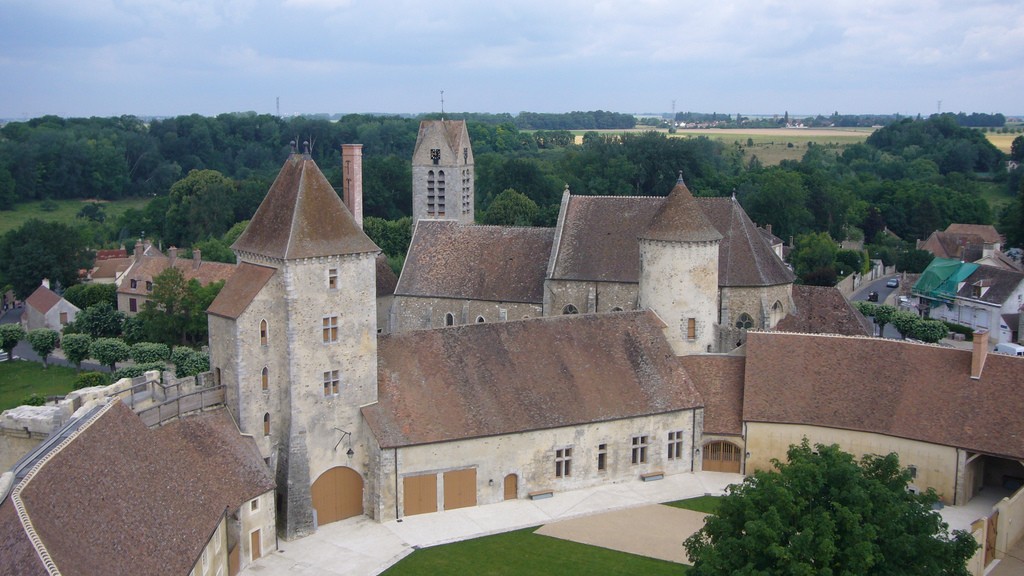 What is it about isolated mountaintop villages that just screams ghost story? This fortress town in Alpes-de-Haute-Provence has been touched by almost every major conflict in French history, and they have left an imprint that can be felt today. The paranormal misbehavior in Gréoux-les-Bains centers, as you would expect, on the 13th century castle at the summit. Walk alone at night through the neighboring streets and you’ll hear bodiless voices whispering on the wind and see unexplained shadows flitting over the old stone walls. 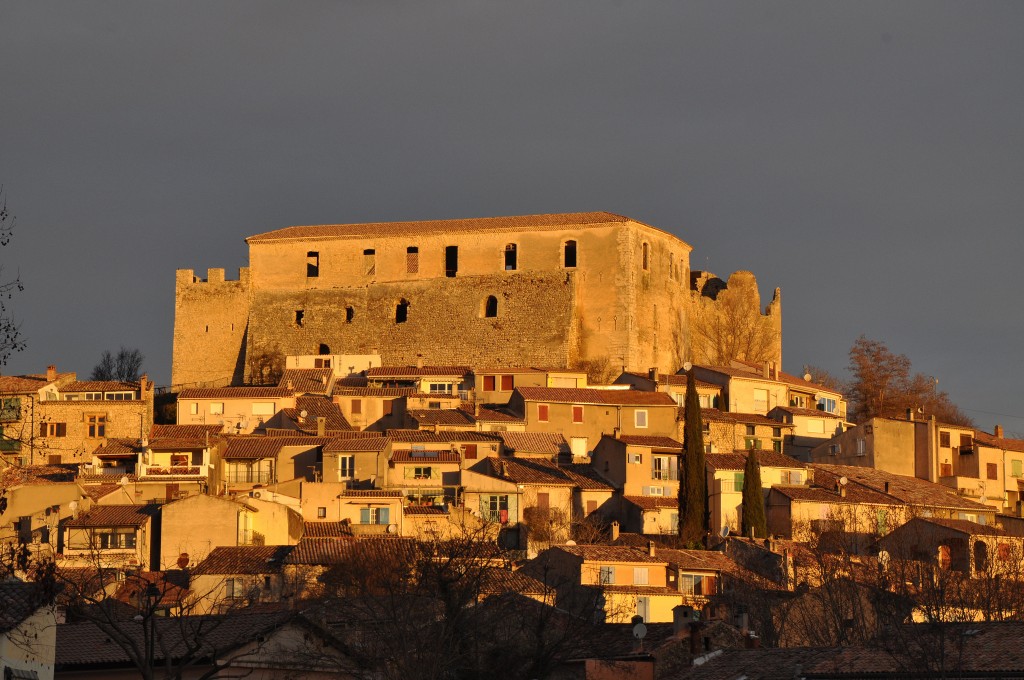 Famous for being the location of Robert Enrico’s cult film Le Vieux Fusil (The Old Gun) from 1975, the Château de Bonaguil in the Lot-et-Garonne is popular with tourists of all different varieties. The building itself is a wonder of medieval architecture and worth visiting quite apart from the high chance that you will also encounter phenomena from the other side. The same team that investigated the Abbaye de Mortemer found this place far more convincing. They detected odd pressures on their shoulders, a sensation of burning, shouts on the wind, sudden temperature drops, and a whole range of creepy noises. 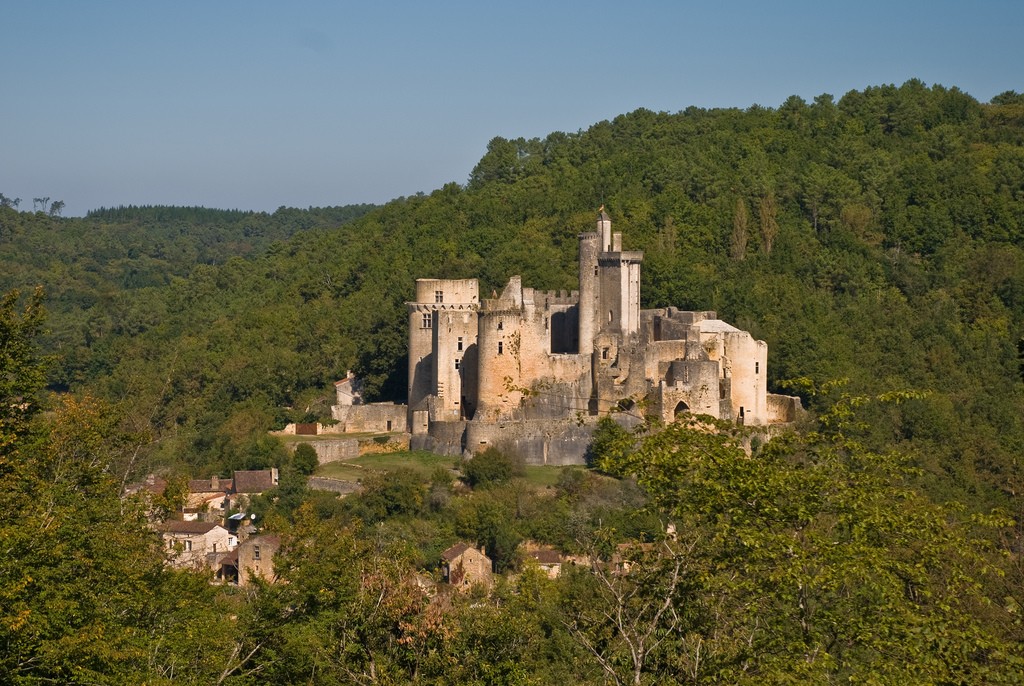 Who would have thought that amongst the box hedges, marble statues, and gurgling fountains lurked one of France’s most infamous specters? The Red Man of the Tuileries, as he is known, was a butcher murdered on the orders of Catherine de Médici for the crime of knowing too much about the private affairs of the crown. Lord knows how he acquired this info, but his death knell sounded when he proclaimed to an astrologer that he knew exactly where the queen would die. Legend has it that his appearances foreshadow dramatic moments in the nation’s history. Famous sightings include those by Marie Antoinette and Napoleon I, and during the palace fire of May 23rd, 1871. 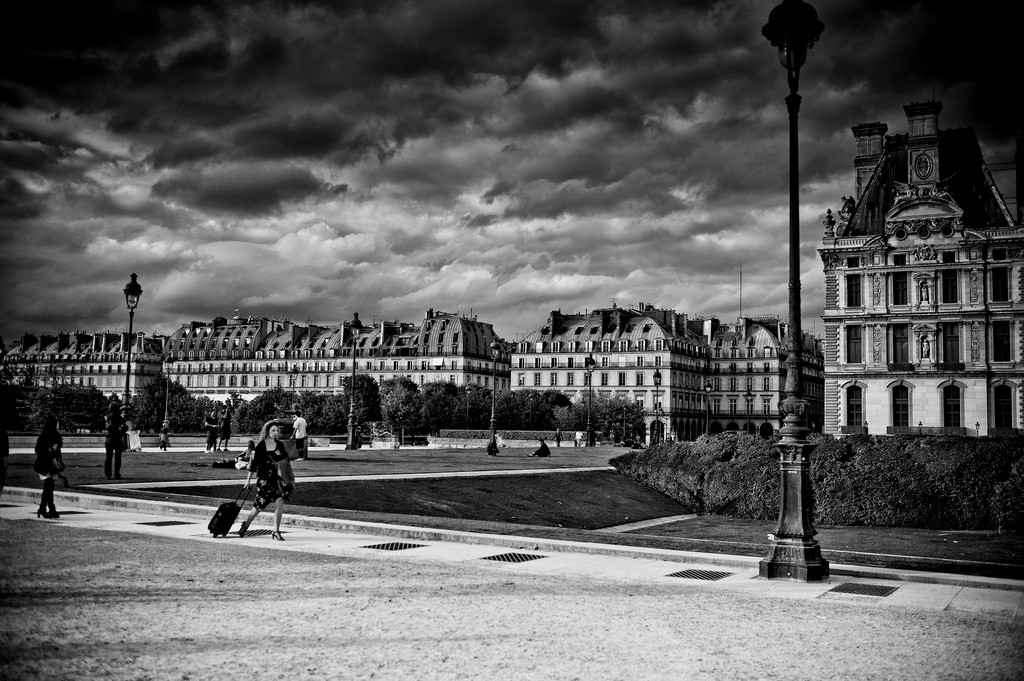 Even if you don’t come away with a glimpse through the veil, you’ll never regret a trip to Mont Saint-Michel. A UNESCO World Heritage Site, this island off the coast of Normandy is connected to the mainland by a causeway that is submerged at high tide. On one of the gorier days in its history, a battle of the Hundred Years’ War took place on the surrounding beaches. Captain Louis d’Estouteville led his men in the slaughter of more than 2,000 Englishmen. Before the water returned, the sand was stained red with their blood as far as the eye could see. Their spirits, those of numerous monks who lived and died here, and even that of d’Estouteville himself are believed to haunt the island. 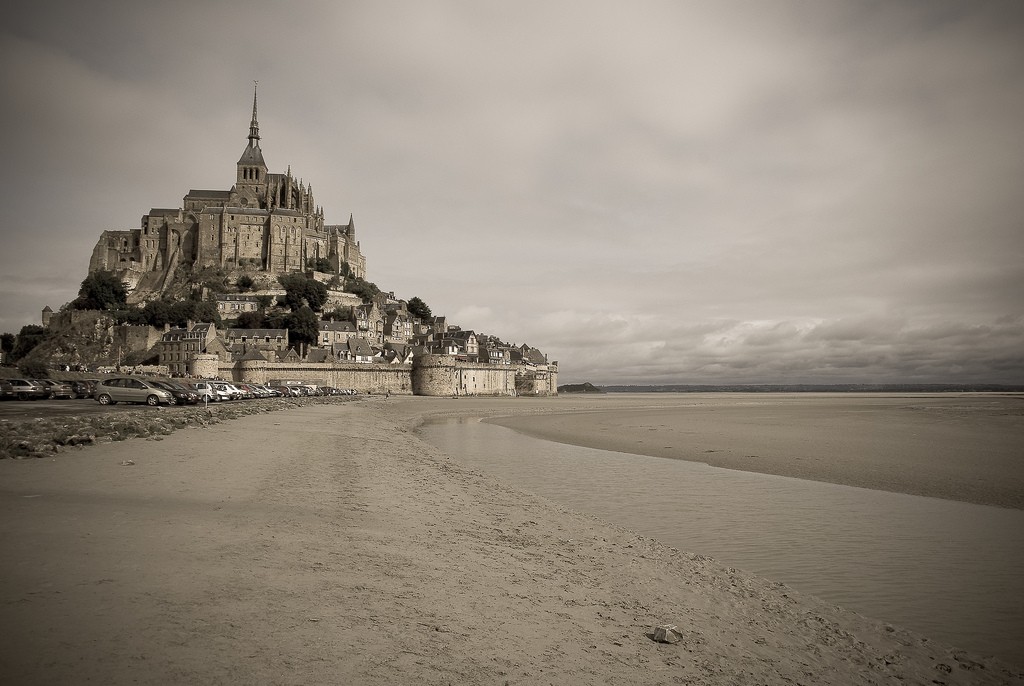