The Best Museums In Lyon, France

Lyon is a city of cultural interest with much history, art, literature and gastronomy. Museums are a good starting point to discover the cultural world of the city. Here are our top picks of museums. 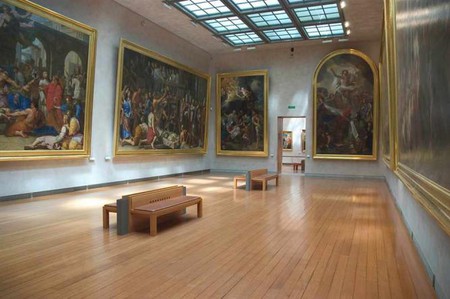 The Musée des Beaux Arts is an impressive gallery and is among the largest museums not only in France, but in the whole of Europe. The building in which the museum is held dates back to the 17th century. It is here where a magnificent collection of masterpieces ranging from Egyptian antiquities to the modern art period are displayed, in both permanent and temporary exhibitions. The works have been conglomerated by donors, collectors and the descendants of artists.

Museum
Facebook
Email
Twitter
Pinterest
Copy link
Share
Map View
The Musée des Confluences, a recent addition to Lyon’s collection of museums, only opened in 2014 after many years of construction. This modern museum, whose architecture is just as mind-boggling as its contents, is both a science center and an anthropology museum. It contains engaging and well-presented exhibitions and displays concerning the questions of natural science, anthropology and earth sciences. Watch out for the 1000-year-old mummy discovered in 2012 at the Pachacamac temple in Peru.
Open In Google Maps
86 Quai Perrache, Lyon, Auvergne-Rhône-Alpes, 69002, France
+33428381212
Visit Website
Give us feedback

Situated inside a spectacular building which was officially announced a monument historique in 1920, the Musee Gadagne is one of Lyon’s most well-known museums. It consists of the Museum of the History of Lyon and also the Museum of World Puppets. The former recounts the cultural history of the city from the Middle Ages up to the 19th century through the use of sculptures, paintings, furniture and other archaeological remains. The latter is based around the Guignol puppet, one of the most traditional puppet shows in France. Keep an eye out for the small theater on the third floor.

Located opposite the Parc de La Tete d’Or, The Musée d’Art Contemporain (MAC) is one of the prime art galleries in Lyon. This museum, originally created in 1894, was moved in 1995 to a building that was specially designed by Renzo Piano. The interior space allows for much rearranging of displays as required for each new exhibition. Offering the chance to visit outstanding exhibitions of contemporary national and international art, the MAC is a must when in Lyon.

Lyon’s history in bookmaking, printing and trading led to the opening of one of its most popular museums, the Musée de l’Imprimerie. Since 1964, this museum, residing in a building which dates back to the 15th century, has been dedicated to the enhancing, conservation, documentation and valuing of books and graphic art. It has also portrayed the importance of the printed press and journalism as a means of communication. For more than 50 years, this museum has invited tourists, graphic art students and lovers of journalism to step through its walls and explore the world of books and the press.

Anthropologists should keep an eye out for the African Museum of Lyon, the oldest museum in France dedicated to Africa. It is particularly focused on West Africa in the 19th and 20th centuries. Renovated between 1998 and 2001, this museum has flourished since its original establishment in 1861. It now exhibits more than 2120 African objects, reflecting three different areas of life: the everyday, the social and the religious. Throughout the year, several events are held, such as temporary exhibits, workshops, guided tours and conferences.