Pierre-Auguste Renoir was one of the most significant French impressionist painters and has created some of the finest masterpieces in the history of art. Particularly impressive were Renoir’s depictions of beauty and the sensuality of the female body with his figures softly fusing with their surroundings Having created several thousand paintings, there are numerous places to inspect his art. We have found the best museums and galleries to gain insight into his artistic genius. 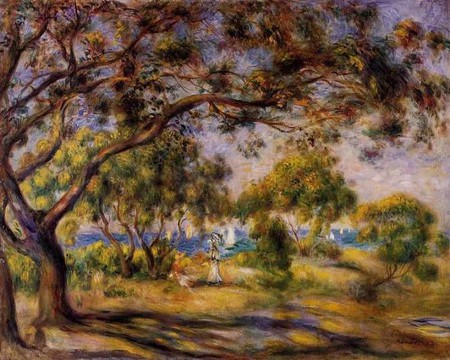 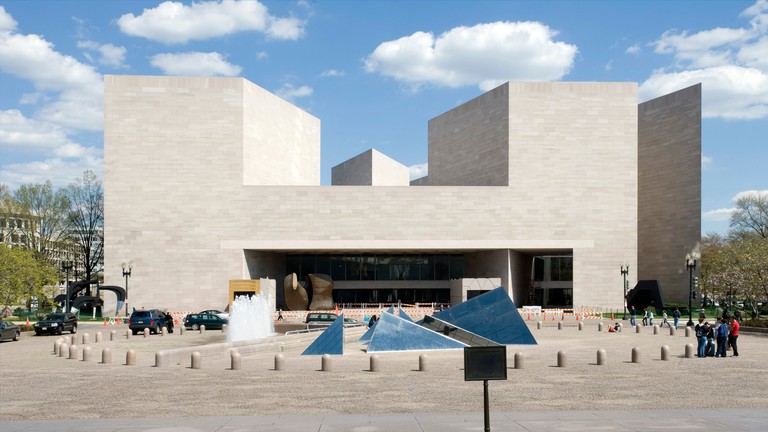 National Gallery of Art, Washington DC, USA | © Grant Smith-VIEW / Alamy Stock Photo
Another national museum lucky enough to have a da Vinci work in its collection is the National Gallery of Art in Washington DC. In fact, ‘Ginevra de’ Benci’ is the only painting by Leonardo on public view in the Americas. The portrait was one of Leonardo’s first experiments with oil painting; there are a few wrinkles on the panel that reveal he was still endeavoring to control it. The gallery acquired the portrait in 1967 for a sum of $5 million – a record price at the time.
Open In Google Maps
6th & Constitution Ave NW, Washington, Washington, DC 20565, USA
+12027374215
Visit Website
Give us feedback 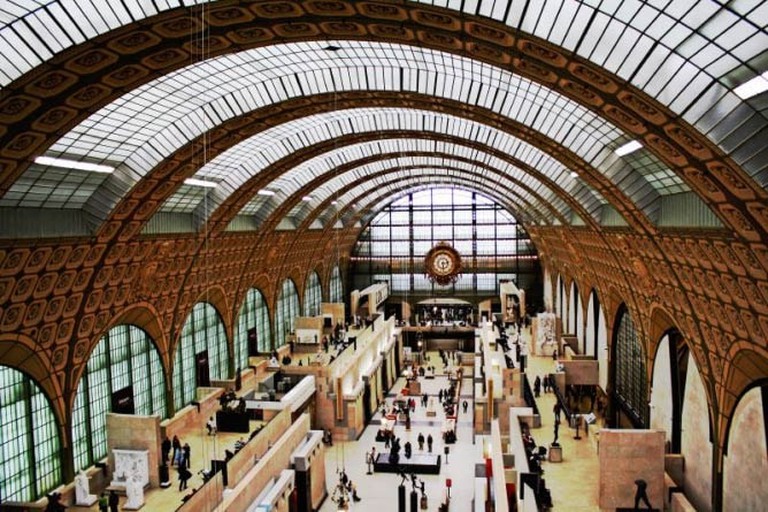 Musée d'Orsay interior | © Dimitry B./Flickr
This gigantic collection of impressionist and post-impressionist masterpieces (the biggest collection of such work in the world, in fact) can be found in what used to be a railway station. Originally the Gare d’Orsay, the building is one of the finest examples of the Beaux-Arts movements in France, with many of the period features like its gorgeous clocks maintained. It would take an impressive building to match a collection featuring some of the finest Manets, Van Goghs and Gauguins, but the Musée d’Orsay manages this feat.
Open In Google Maps
Paris, Île-de-France, 75007, France
Give us feedback 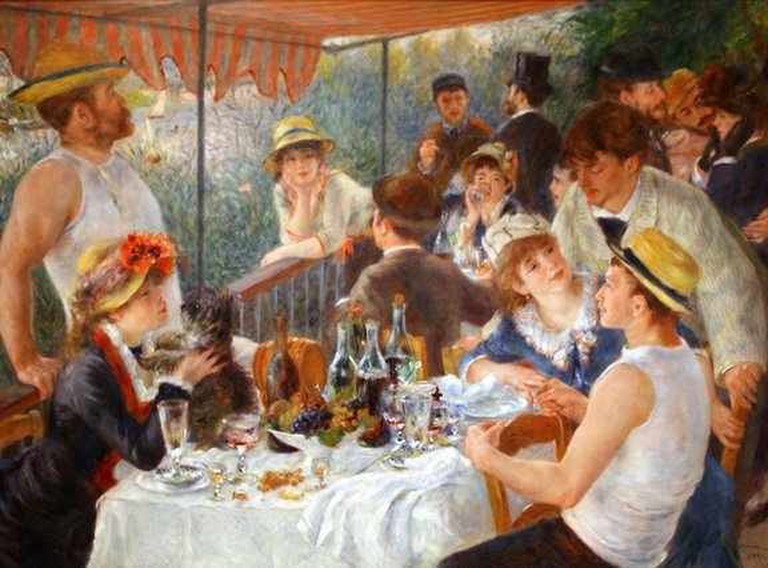 Luncheon of the Boating Party | © Nemethd/WikiCommons
The Phillips Collection was founded by Duncan and Marjorie Acker Phillips and feature artists such as Matisse, Picasso, Monet, Braque, Dove and van Gogh. Opened in 1921, America’s first museum of modern art sets the scene for nearly 3000 works by American and European impressionist as well as modern artists. Perhaps its most significant piece is the Luncheon of the Boating Party (1881) which depicts the idyllic atmosphere in which Renoir’s friends get together over food and wine on a balcony of the Maison Fournaise restaurant, overlooking the Seine. The painting is an intriguing reflection of the changes in French society with the restaurant opening its doors to all sorts of classes from businessmen to society women, artists, shop girls and actresses. Renoir managed to maintain ‘the freshness of his vision’ and created one of the most magnificent works of art. The Phillips Collection itself is widely regarded one of the best private collections in the world.
Open In Google Maps
1600 21st Street Northwest, Northwest Washington, Washington, District Of Columbia, 20009, USA
+12023872151
Visit Website
Give us feedback

The Barnes Foundation is one of America’s most significant educational art and horticultural institutions and is in possession of more than 2500 works of art with around 800 paintings primarily featuring impressionist and modern artists. The new Barnes building opened its doors in 2012 and has often been described as a ‘gallery in a garden, a garden in a gallery’ due to its exceptional architectural style. The Barnes Collection offers 181 works by Renoir, 69 Cézannes and 59 Matisses as well as pieces by Degas, Titian, Prendergast and Seurat. The exhibitions have been masterfully arranged and completed by artefacts and furniture. Notable holdings by Renoir are among other Jeune garçon sur la plage d’Ypor (1883), Les baigneuses (1918) and Noirmoutier (1892).
Open In Google Maps
2025 Benjamin Franklin Parkway, Center City, Philadelphia, Pennsylvania, 19130, USA
+12152787000
Visit Website
Give us feedback 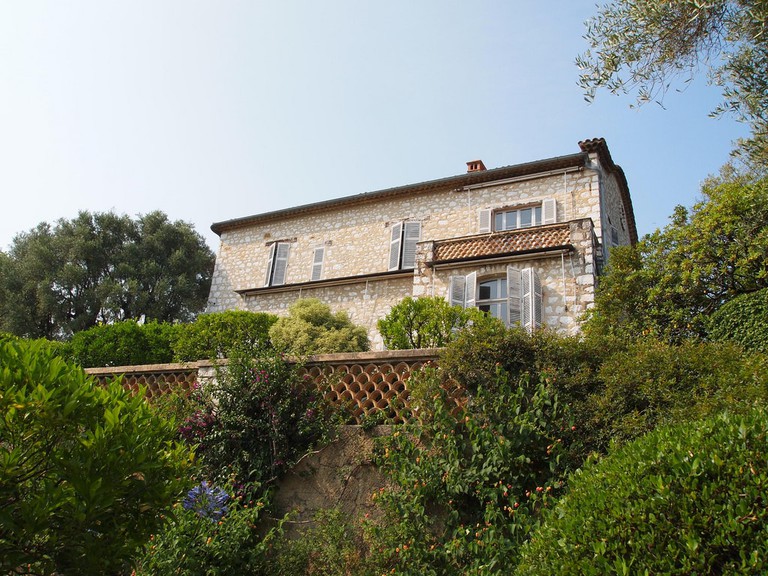 Musée renoir not far from Nice, France | © naoko kawachi / Flickr
The Musée Renoir can be found in Cagnes-sur-Mer only 30 minutes away from Nice and is situated in the artist’s family home. Surrounded by century-old olive trees and a dazzling view as far as the Cap d’Antibes, the museum allows an intimate experience of Renoir’s life. Visitors are even able to walk into his studio in order to inspect the brushes and colours that were last on the artist’s pallet. Renoir spent the last 12 years of his life in this idyllic atmosphere where he spent his time filling the house with sculptures, paintings, photographs and other personal objects. The museum’s collection features 14 paintings and numerous sculptures next to informative insights into his life. Renoir’s home seems as if it has been preserved in a time-capsule and as if the artist has just quickly stepped outside to return any minute and pick up his work again.
Open In Google Maps
19 Chemin des Collettes, Cagnes-sur-Mer, Provence-Alpes-Côte d'Azur, 6800, France
+33493206107
Visit Website
Give us feedback