The 13 Most Expensive Artworks Ever Sold

Artworks today are fetching incredible, mind-boggling prices going well over the $100 million USD amount, and while some didn’t quite reach the $100 million mark, they do now with inflation taken into consideration. From Rembrandt to Picasso, Culture Trip takes a look at some of the most expensive artworks ever sold. 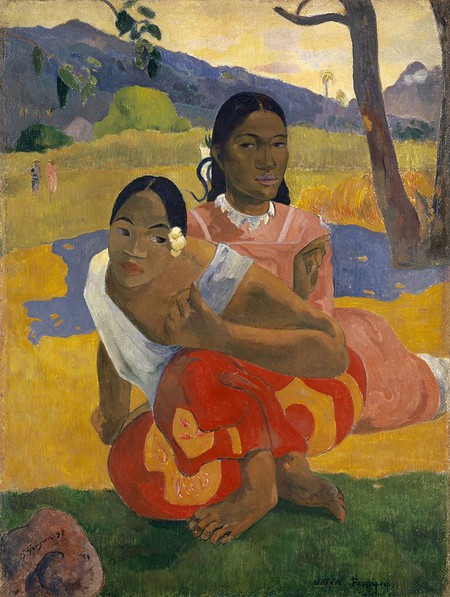 Nafea Faa Ipoipo (When Will You Marry?) — Paul Gauguin

Known for his love of Tahiti and, of course, women, Paul Gauguin, who inspired many modern artists, painted Nafea Faa Ipoipo (When Will You Marry?) in 1892. Fast-forward over 120 years and this work depicting two women among a colorful landscape was sold in a private sale for about $300 million USD, making it the most expensive work ever sold. While the purchaser of this post-Impressionist work was not revealed, most in the art world believe the royal family of Qatar now owns it.

Paul Cézanne painted five versions of The Card Players throughout his career, with the majority of them in world-renowned museum collections, including the Musée D’Orsay and the Courtauld Institute of Art. In 2012, the world learned that one version was sold in 2011 at an astonishing price of over $250 million USD, which, at the time, was the most expensive painting ever sold. Purchased by the royal family of Qatar, this painting was acquired through a private sale.

The abstract work No 6. (Violet, Green and Red) by American painter Mark Rothko sold in a private sale for $186 million USD, setting a record high for the artist. Depicting Rothko’s classic boldly colored rectangular shapes, the painting was purchased by Russian billionaire Dmitry Rybolovlev through art dealer Yves Bouvier in 2014. However, No. 6 has since been part of a legal dispute as Rybolovlev believes Bouvier mislead him about the price of the work. 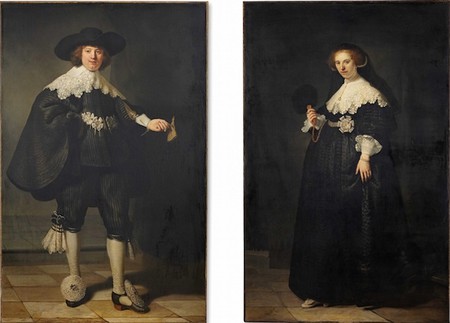 A pair of paintings that most agree should always be displayed together, the Portrait of Marten Soolmans and Portrait of Oopjen Coppit, a couple, was painted by Rembrandt in 1634. Owned by the Rothschild family, these works were rarely seen in public; until the Rijksmuseum and the Louvre jointly purchased these two works for approximately $180 million USD. Paris and Amsterdam will each take turns displaying these beautiful, treasured artworks. 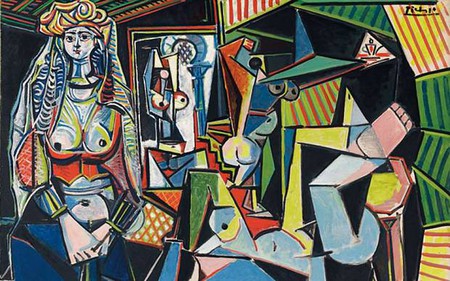 Sold in May 2015 at a Christie’s auction, Pablo Picasso’s Les Femmes D’Alger (Version ‘O’) fetched a whopping $179.3 million USD, making it the most expensive artwork ever sold at auction. Inspired by Delacroix’s Les Femmes D’Alger, Picasso painted 15 different versions, with ‘O‘ being the last in 1955. Like so many works, it has not been confirmed who shelled out nearly $200 million for this work, but rumors have it that it was the former prime minister of Qatar, Hamad bin Jassim bin Jabar Al Thani.

Nu couché, or Reclining Nude, is the most recent addition to the list of the world’s most expensive artworks ever sold. Painted by Amedeo Modigliani in 1917-18, the work, which is one of Modigliani’s most recognized pieces and feature a nude woman lying on a mostly red background, sold on November 9, 2015 for $170.4 million USD, beating the estimate of $100 million. This auction also shattered the artist’s previous highest selling work — Nu assis sur un divan (La belle romaine) for $68.9 million.

A signature Jackson Pollock drip painting, No. 5, 1948, featuring organic lines and drops of red, yellow, blue and grey paint in varying shades, was sold through a private sale in 2006. David Geffen, a business and entertainment magnate, sold the work for a reported $140 million USD (today about $164 million). Many believed that the very private David Martinez, a Mexican financier, bought this Pollock painting; however, his representatives and experts in the art field have denied that Martinez is the owner.

Abstract Expressionist painter Willem de Kooning created Woman III in 1953. This painting is one from a series of ‘Woman‘ works that de Kooning created; all featuring large — this work is over five-feet tall — distorted figures, this is the only painting from the series that is privately held. Sold through a private sale in 2006 by David Geffen to billionaire Steven A. Cohen for $137.5 million USD, Woman III is estimated to be worth a bit over $162.4 million in today’s money, making it the seventh most expensive work ever sold. 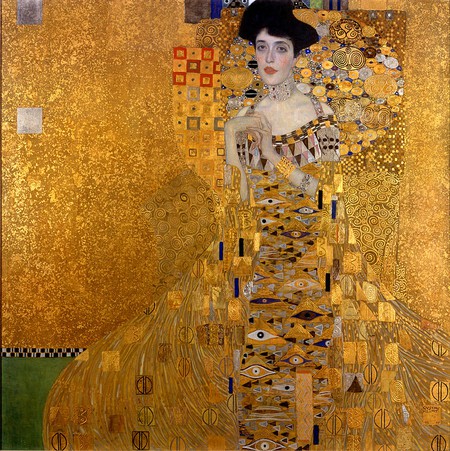 Another work that fetched well over $100 million USD is Gustav Klimt’s Portrait of Adele Bloch-Bauer I, a beautiful portrait with Klimt’s signature gold. Indeed, it was known as the Woman in Gold for many years. This painting was stolen by the Nazis during WWII and ended up in Vienna‘s Belvedere museum. Maria Altmann, whose family originally owned the work, fought hard to have the painting sent back to her family. She won in 2006 and sold it for $135 million ($154.8 million today) to Ronald Lauer of the Neue Galerie in NYC.

Pablo Picasso’s work is truly sought-after; therefore, it is no surprise that he is featured more than once on this list. Le Rêve (The Dream) was painted in 1932 and depicts Picasso’s mistress Marie-Thérèse Walter. The previous owner, casino magnate Steve Wynn, agreed to sell it to Steven A. Cohen in 2006 for $139 million USD; however, before the transaction could take place, Wynn accidently damaged the painting. The painting was eventually repaired, and Cohen was still interested. In 2013, Le Rêve finally became Cohen’s for the price of $155 million. 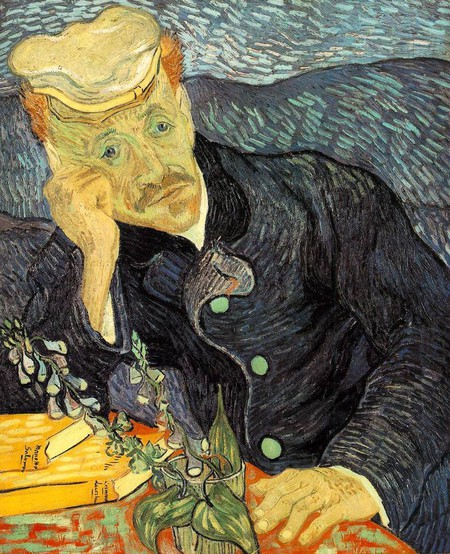 Sold way back in 1990 for $82.5 million USD (approximately $148-$152 million in today’s money), Vincent van Gogh’s Portrait of Dr. Gachet was painted in 1890 — the same year van Gogh died. An auction sale, this work sold for much more than Christie’s anticipated — low estimates were predicted at $40 million, and some thought that was too high. Japanese businessman Ryoei Saito thought otherwise and won the auction; however, Saito has since passed and the whereabouts of the portrait is unknown.

In 2013, several prospective buyers began a bidding war for the Three Studies of Lucien Freud (1969), a triptych by Francis Bacon. When all was said and done, art dealer William Acquavella, who was bidding on behalf of an anonymous client, place the winning bid. Purchased for $142.4 million USD, this artwork’s selling price shattered several records at the time, including being a record high for the artist and breaking the previous record for the most expensive work sold at auction — Munch’s The Scream, which fetched $119 million in 2012. 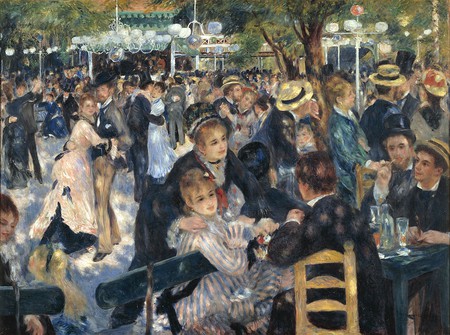 Before purchasing the Portrait of Dr. Gachet, Ryoei Saito bought a lovely work by Renoir titled Bal du Moulin de la Galette at a Sotheby’s auction for $78 million USD, or approximately a bit over $140 million today. Depicting working class people enjoying a Sunday afternoon, this painting is one of two (the other located at the Musée D’Orsay). Like van Gogh’s work, it is not known where this is one is located. While Saito threatened to have both works cremated with him when he died, it’s believed they were both sold to private collectors.