The Most Valuable Private Art Collections in France 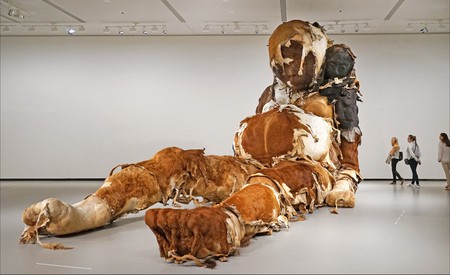 Most of our civilization’s masterpieces are in the possession of states. In France, they’re stored and showcased in the nation’s great museums like the Louvre, Musée d’Orsay, and Centre Pompidou. But a significant portion, especially those produced by contemporary artists, are owned by private collectors. Thankfully, many of these wealthy patrons of the arts have decided, due to good grace or tax breaks, to share their treasures with the public.

Bernard Arnault, the Chairman and CEO of LVMH, the multinational luxury goods conglomerate, is the richest man in France and the 12th richest person on the planet with an estimated fortune of $37.3 billion. He and his wife, Hélène, are serious collectors, possessing thousands of works of modern and contemporary art. Their latest project, the Frank Gehry-designed Fondation Louis Vuitton in Paris’ Bois de Boulogne, contains pieces owned by both the Arnaults and LVMH and has already commissioned works by the likes of Sarah Morris, Taryn Simon, Olafur Eliasson, and Ellsworth Kelly. 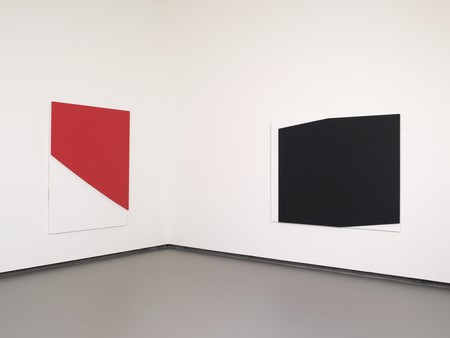 As the heir to the multi-billion dollar Galeries Lafayette Group, Guillaume Houzé is responsible for deciding which artworks go on display at La Galerie des Galeries (with a little help from his grandmother, majority shareholder Ginette Heilbronn Moulin). The family will also be opening a foundation in a 19th-century building on the Rue du Plâtre in the Marais in the autumn of 2017, which will support art, design, and performing arts with gallery spaces and artist studios. Houzé’s personal collection contains works by David Noonan, Tatiana Trouvé, Wade Guyton, Ugo Rondinone, and Cyprien Gaillard. 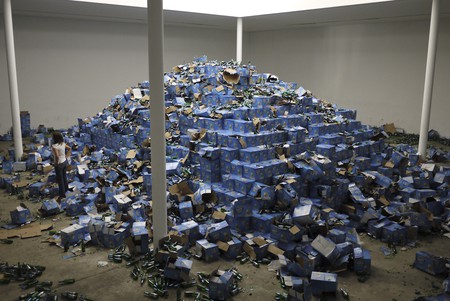 François Pinault’s $1.3 billion collection of modern masters, composed of more than 2,000 pieces by 80 artists including Mark Rothko, Damien Hirst, Pablo Picasso, Piet Mondrian, and Jeff Koons, will soon go on display at the converted Bourse de Commerce in Paris. The luxury goods billionaire who owns Christie’s auction house had been trying to find a suitable venue to house his private collection, one of the largest in the world, for years without success. Until now, he had shown key works like Maurizio Cattelan’s Untitled 2007 at his two Venetian galleries, the Palazzo Grassi and Punta della Dogana. 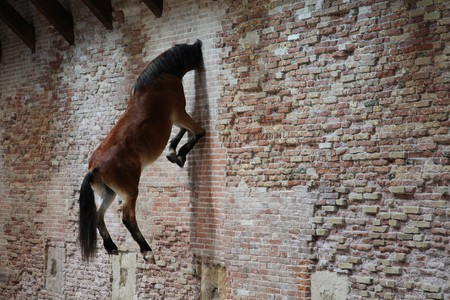 Known in Parisian art circles simply as JGM, Jean-Gabriel Mitterrand, the nephew of the former French president, is a veteran sculpture dealer, whose low profile but highly successful career has focused on works by major names like Niki de Saint Phalle and Les Lalanne. He opened his first Parisian gallery in 1988 and, in 2014, created the Domaine du Muy in the south of France, between Monaco, Marseille, and Aix-en-Provence, which features works by contemporary sculptors, including commissioned pieces by Claudia Comte and Roman Signer, set among the wild landscape. 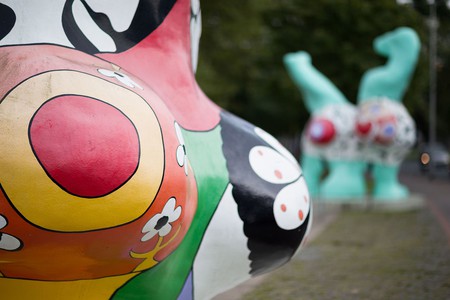 Frederik Johannes ‘Frits’ Lugt was the 20th century’s most prolific collector of Dutch drawings, prints, and the documentation attached to them. In particular, he was an authority on Rembrandt’s drawings and amassed every known etching the artist made during his career. Today, his collection is cared for by the Fondation Custodia and held at the Hôtel Turgot in Paris’ 7th arrondissement. Due to the fragile nature of many of the pieces, this doesn’t function as a typical museum but as a study collection that can be viewed and examined by appointment. 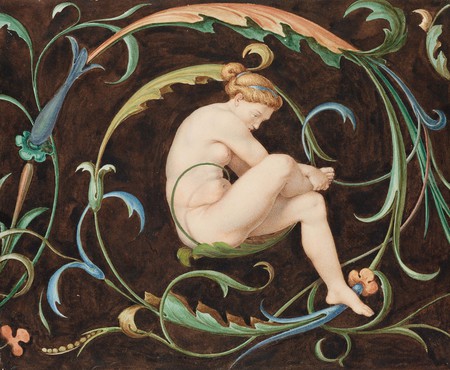 In 2000, gallery owner and art collector Yvon Lambert decided to move his personal collection, which he’d been amassing since the 1960s, to the Hôtel de Caumont in Avignon. The Collection Lambert has since expanded into the neighboring Hôtel de Montfaucon, making it a 3,500 square foot space, and it now contains canvas masterpieces by the likes of Cy Twombly, Robert Ryman, Brice Marden, Jean-Michel Basquiat, and Miquel Barcelo, photography by Andres Serrano, Nan Goldin, and Douglas Gordon, sculptures by Donald Judd, Anselm Kiefer, and Sol LeWitt, and conceptual pieces by Daniel Buren and Dennis Oppenheim. 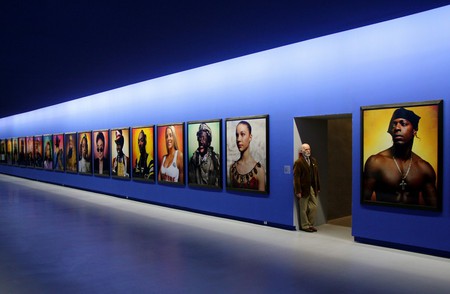 Francoise and Jean-Philippe Billarant’s collection of minimalist and conceptual art, which they have collected over more than 35 years, is now displayed at their private gallery, Le Silo, in the northeast of Paris. The, you guessed it, former 1940s grain silo extends to more than 2,300 square feet and contains almost 100 paintings, sculptures, and videos. Over the decades, the pair has formed close bonds with artists like Carl Andre, Robert Barry, François Morellet, Claude Rutault, and Stanley Brown. 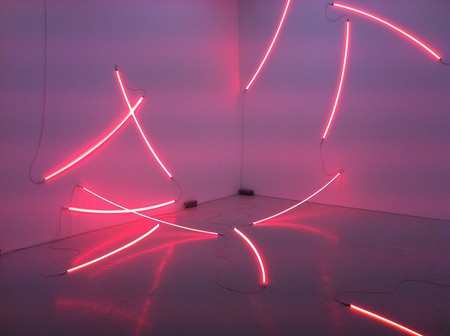 The Maeght Foundation in Saint-Paul-de-Vence, the legendary artistic village on the French Riviera, presents modern and contemporary art in all its forms. The museum, designed by the Catalan architect Josep Lluis Sert, is a work of art in itself, featuring mosaics by Marc Chagall and a stained glass window by Georges Braque. Its collection contains works by other 20th-century greats like Pierre Bonnard, Alberto Giacometti, and Joan Miró as well as those by contemporary artists like Valerio Adami, Jacques Monory, and Antoni Tàpies. 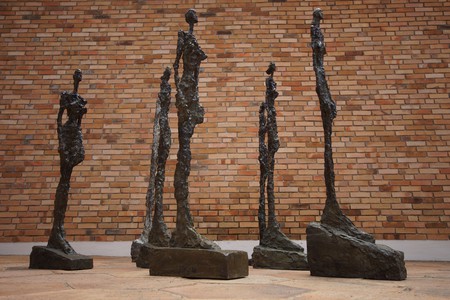 The Fondation Cartier was founded in 1984 and moved to Paris a decade later, taking up residence in bright, airy building designed by French super-architect Jean Nouvel. Its collection contains over 1,400 artworks by 350 artists from multiple disciplines. There is a strong domestic contingent represented, including pieces by Vincent Beaurin, Raymond Hains, Pierrick Sorin, and Jean Giraud, but international artists such as Brazil’s Beatriz Milhazes are also prominently featured. 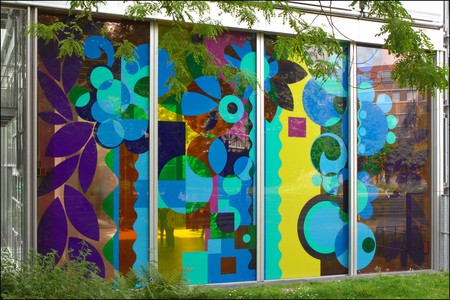 Opened in January 2008, the Musée Wurth France Erstein in Alsace houses one of the largest corporate collections of modern and contemporary art in Europe. The collection of this worldwide wholesaler of fasteners, chemicals, safety products, tools, and inventory management equipment is composed of an impressive 16,000 works, including paintings, drawings, etchings, and sculptures from artists like Pablo Picasso, Gerhard Richter, René Magritte, and Max Beckmann. 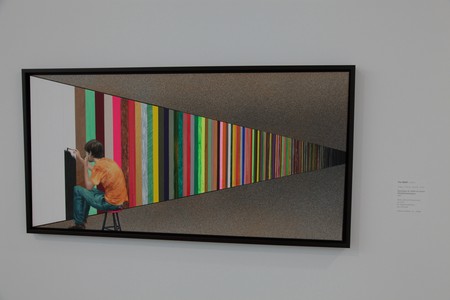