The 10 Most Beautiful Buildings in Brittany, France 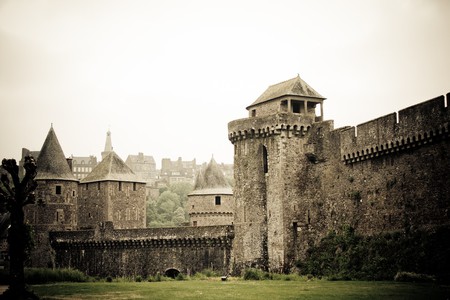 From ancient abbeys to century-old castles and majestic lighthouses overlooking the ocean, there’s no shortage of impressive buildings to be seen in Brittany. The megalithic stone used for many of its structures washes the region in a markedly medieval grey, creating a stunning contrast with the vivid natural beauty that surrounds it. Read on to find out the most beautiful buildings to discover in Brittany, France.

The architecture of Old Town Rennes

A visit to Brittany isn’t complete without time in the capital city of Rennes. In its Old Town, still intact after a fire in 1720 that ravaged most of the city, streets are lined with timbered houses distinctively marked by diamond and striped patterns. A perfect example can be found at 3, rue Saint-Guillaume: the Ti-Koz house, dating back to 1505, is particularly charming – painted a rich crimson red and adorned with small sculptures on its facade. A short five-minute walk away is the equally remarkable, though quite different in style, Parliament of Brittany – originally conceived by Salomon de Brosse, the same architect who designed the Luxembourg Palace in Paris. 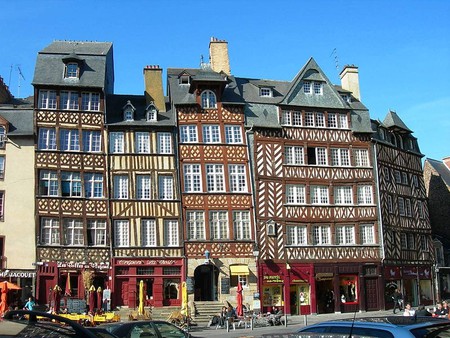 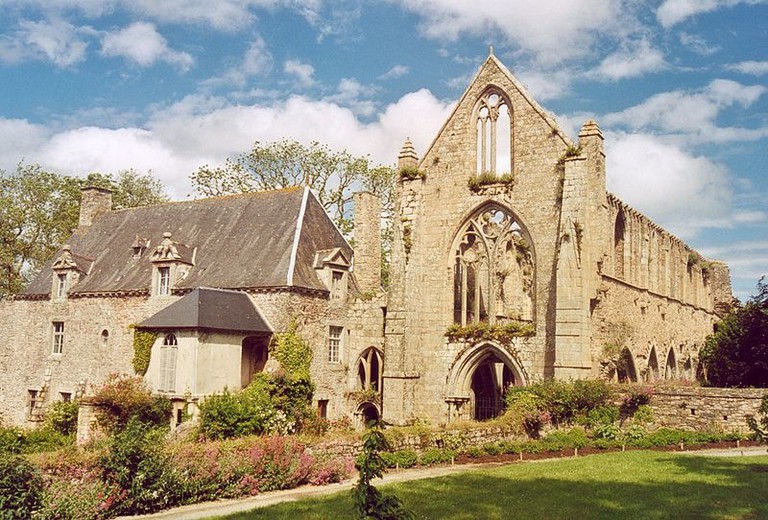 At the site of the Abbaye de Beauport near the northern coast of Brittany are the stunning ruins of the former 13th-century abbey. Its structure was considered different from other abbeys of this era that adhered to the architectural standards set centuries ago for their construction, as it needed to adapt to the rocky terrain it was built on. It’s considered to be one of the first introductions of Gothic architecture to the region and remains today an icon of Breton heritage. 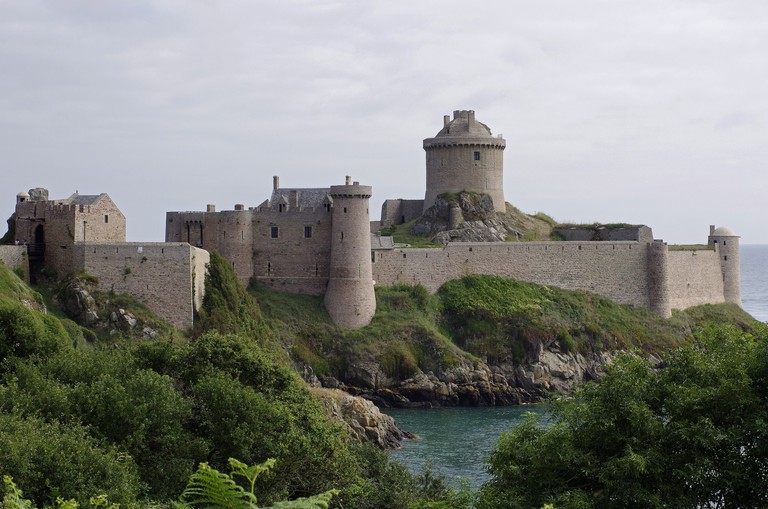 Fort La Latte is a 14th-century castle that jets out into the ocean on the Cap Fréhel. Formerly known as La Roche-Goyon, named after one of the oldest known Breton families, the castle was constructed as early as 937 but rebuilt around 1340, during the height of the War of Succession in Brittany. Its location was selected due to the natural cliff formations that encircled and protected the castle from enemies, as well for its view overlooking the Channel, Emerald Coast, and part of the Bay of Saint-Malo to keep watch on ocean activity. It was turned into a coastal defence fort between 1690 and 1715 by Sir Garengeau, creating the monument visitors see today. 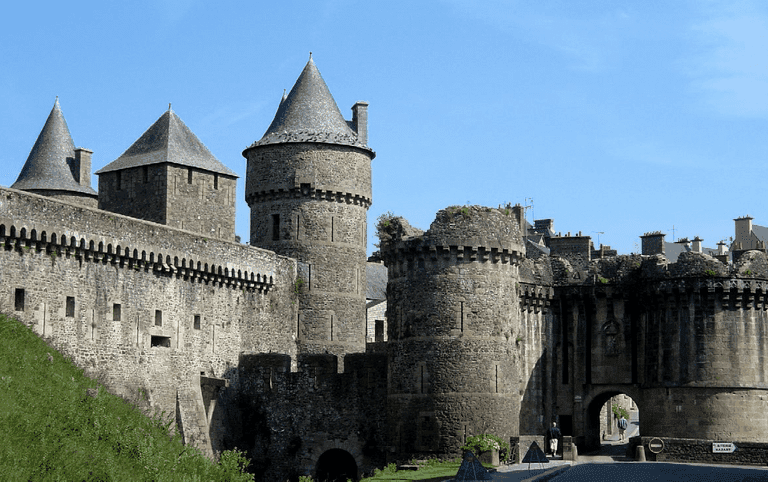 One of the largest medieval fortresses in Europe, Château de Fougères is a two-hectare castle officially named a Historic National Monument by the Ministry of Culture of France. The fortress was designed to defend the northeastern border of the Duchy of Brittany, strategically located at a crossroad to keep invasion at bay from Normandy and Anjou and Maine. It kept the Duchy of Brittany protected from year 1000 to 1500, and today visitors can explore over 1000 years of history within its castle walls. 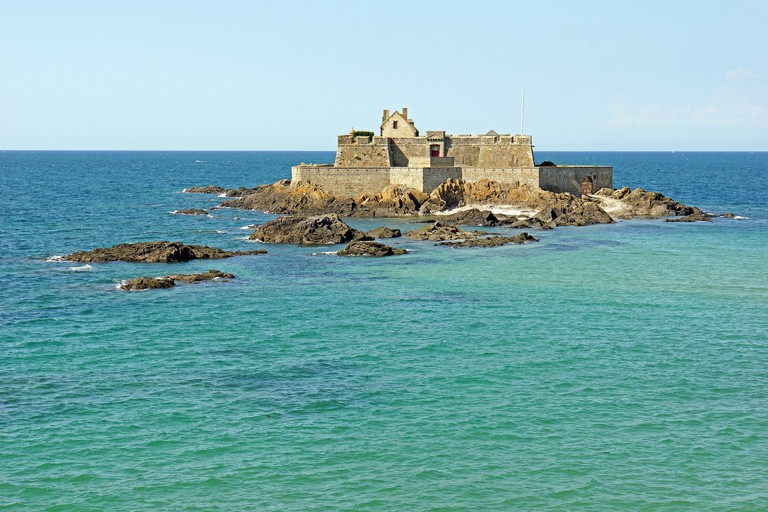 Located just a few hundred metres off the coast of the walled city of Saint-Malo, Fort National is a bastion that was constructed in 1689 by the engineer Siméon Garengeau and designed by military architect Sébastien, Marquis of Vauban under the orders of King Louis XIV; the purpose of the fort being to guard Saint-Malo’s port from a possible English invasion. Equally as impressive as the fort itself are the stunning panoramic views of Saint-Malo, as well as the blue waters that surround this site built on the rock of Islet. The island is accessible by foot during low tide, and all visits are accompanied by an expert guide providing an interactive tour lasting approximately 35 minutes. 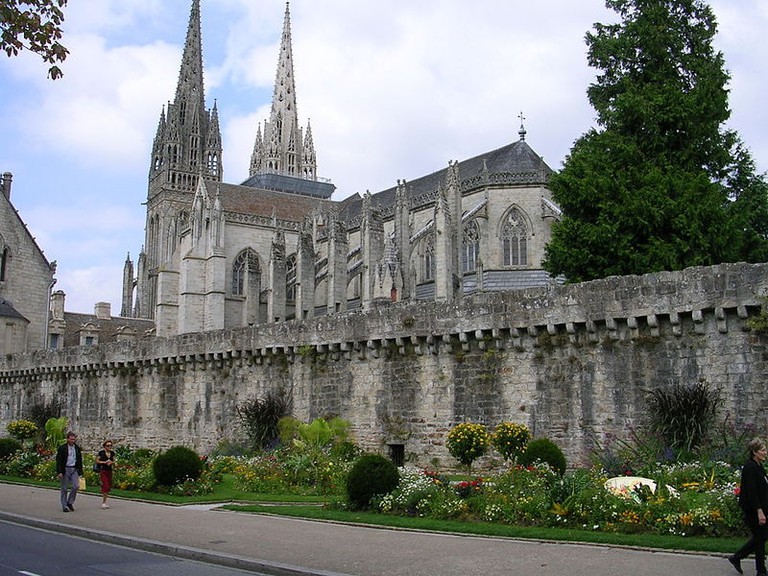 The Cathédrale Saint-Corentin is a Gothic-style church located in the heart of Quimper – the third largest city in the region after Rennes and Brest. The cathedral was first erected in the 13th century but was not complete until 1856 under the Second Empire, after having endured six centuries of on-again off-again construction, fires, and havoc wreaked during the French Revolution. Today it is one of the most prominent buildings of Quimper, with its towers jetting 75 metres above the town. 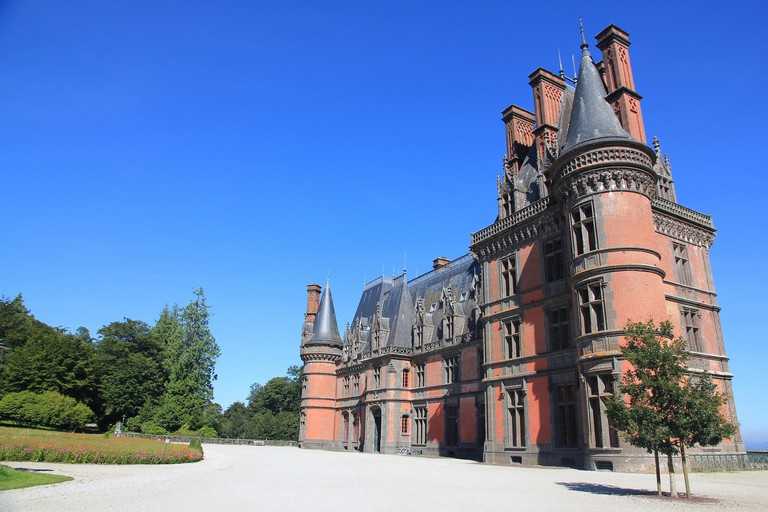 Chateau de Trévarez adds some colour among the otherwise smoky palette: an eclectic style Victorian/Neo-gothic castle locally known as “Château Rose” thanks to its rich pink hue. Construction of the castle first began in 1893 by a wealthy Breton politician named James de Kerjégu and ended in 1907; sadly, Kerjégu passed away only a year later in 1908. The castle was, and still is, a true mark of luxury, equipped with the most technologically advanced feats of its time: an elevator, central heating, running water, and electricity. By the end of the 19th century, a vast garden was added to the surrounding castle grounds, uniting it with the stunning countryside that surrounds. 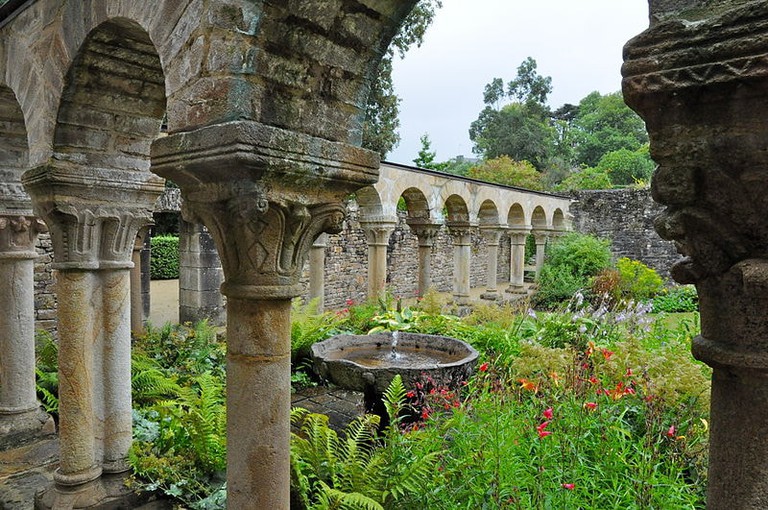 Founded in 1173 by Guyomarch IV, Viscount of Leon, the Abbaye de Daoulas is the stunning remnants of a former monastery, today a parish church and named a Historic National Monument of France. A Roman cloister encapsulates its beautifully tended gardens, officially named a Jardin Remarquable (Remarkable Garden) by the Ministry of Culture. The Abbey also acts as an art gallery showcasing annual temporary exhibitions. 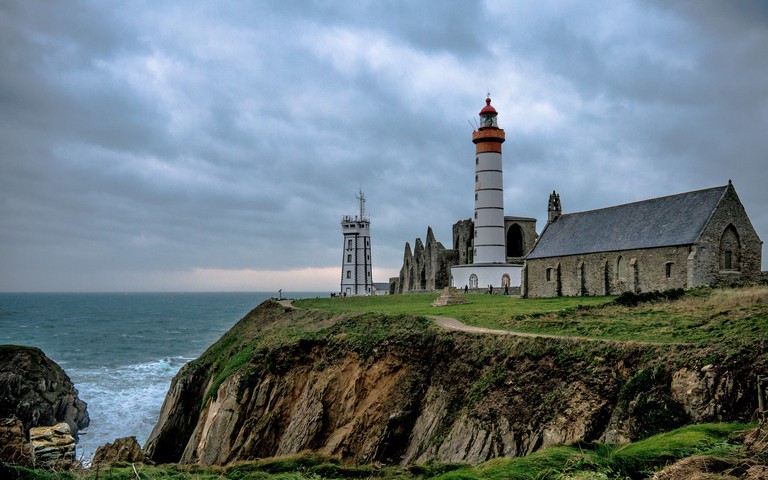 It’d be amiss to have a list of the most beautiful buildings of Brittany and not mention one of its famed lighthouses; after all, this coastal arm of France is known for its wild shores and the maritime tales that come with them. The site of the Lighthouse of Saint-Mathieu is located on the westernmost point of mainland France, approximately 25 kilometres from the port city of Brest. Built in 1835 among the ancient ruins of Abbaye Saint-Mathieu de Fine-Terre, combined with the ocean, it makes for a breathtaking view contrasting old, new, and natural beauty. Along with a visit to the small museum in the abbey, travellers can take in the vistas by exploring the many hiking trails that surround the monument.

Open In Google Maps
Plougonvelin, Brittany, 29217, France
Give us feedback 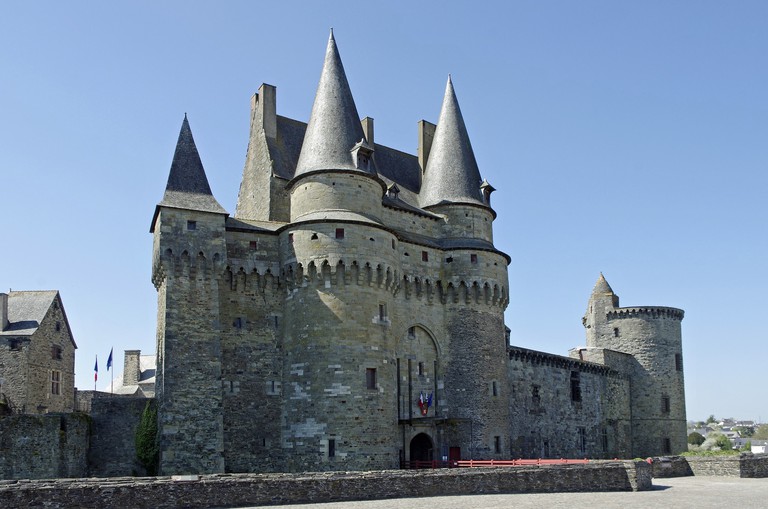 Looking straight out of a fairytale, this medieval castle in the western end of the walled city of Vitré originated around the year 1000. It was originally built of wood and fell victim to fire on several occasions, before eventually wrapping up construction in 1913. Over the course of that time, many hands were involved in its design and it served many purposes, from defensive fortress to a state home to a prison. As a result, its architecture can be attributed to a variety of styles, including Roman, Gothic, and Renaissance.