The 10 Best Things to Do in Bourges, France 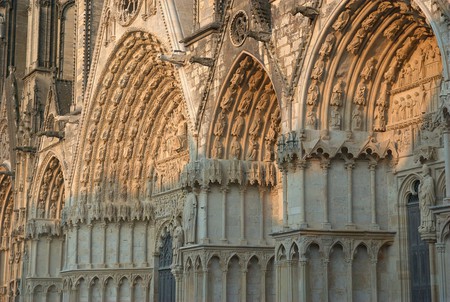 The small city of Bourges has a rich history, from being the capital of the province of Aquitaine at the end of the Roman Empire to being the birthplace of Jacques Cœur, a famous merchant who founded trade routes between France and countries in the Eastern Mediterranean. Today, this rich history can be felt in the city’s buildings and streets so don’t miss these top 10 things to see and do in Bourges, France.

The UNESCO World Heritage Site Cathédrale St-Étienne is simply a delight. A mix of Romanesque and Gothic architecture and the simplicity of its interior make it as interesting on the outside as within. Highlights are the stained glass windows and the intricate doorways and façades. If you can, try to visit when a concert is being held here as the acoustics are stunning. Take a look at the Bourges tourist site for more information on when these are held throughout the year. Entry to the tower is €6 and from the top there is an impressive view of the city below. 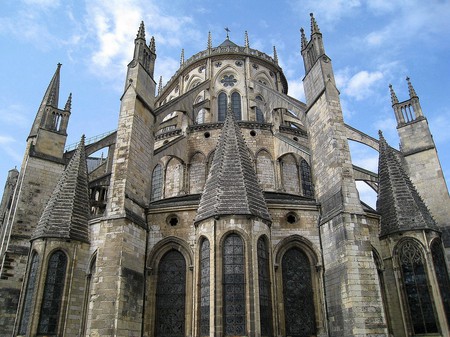 This is the ornate garden that you’ll see at the foot of the cathedral, sprawling out over some distance. Designed in the 17th century by landscape designer Le Nôtre, the garden is of French style with lawns, trees and walkways. One section is densely populated with mature trees, whilst the other is laid out in formal style. The garden is free to visit and guided tours can be arranged at the tourist office.

The Bourges old town is just perfect for ambling, pausing and taking in the general ambiance of the city. It has a wonderful collection of timber houses (especially on streets like Rue Bourbonnoux) with different coloured diamond timbers. Many streets are also pedestrianised. Place Marcel Plaisant is worth a pause, as is Rue d’Auron, a quaint shopping street on the approach to the main old centre. 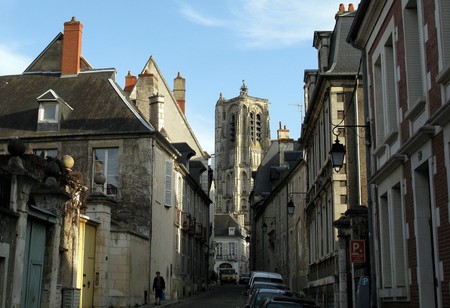 Jacques Cœur, born in Bourges, was one of the leading merchants in the French trading route network in the 1400s. He was ennobled in 1441 by King Charles VII and was soon one of his closest advisers. The incredible palace illustrates his rank and relationship with the king during those years. It was added to the list of historic monuments in France in 1840, and today is open to the public to explore and learn about the city’s most famous resident and influencer. 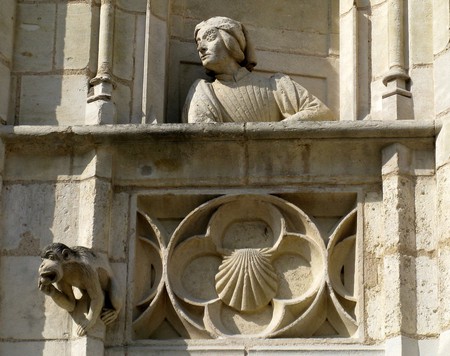 A small fine arts museum, also housing some medieval and Roman artefacts. The building itself is very attractive and typical of the city with a sweet centre courtyard and arched internal walkways. For the €3 entry fee, it’s definitely worth the visit.

Who’d have thought to see marshes so close to the centre of a city? The Marais de Bourges are surely one of the highlights of Bourges, such a unique space covering over 135 hectares from the north east of the city, cultivated since the 8th century. Divided into nearly 1500 plots, this tranquil oasis is used by inhabitants for vegetable gardens, ornamental spaces, fishing, walking and so on. To explore it yourself, free access to the marshes is available at Rue de Babylone, Quai des Maraîchers, Chemin des Prébendes or Boulevard Chanzy. There are also two restaurants in the heart of the Marais; La Courcilliere on Rue de Babylone and Le Caraqui on Chemin de Caraqui. 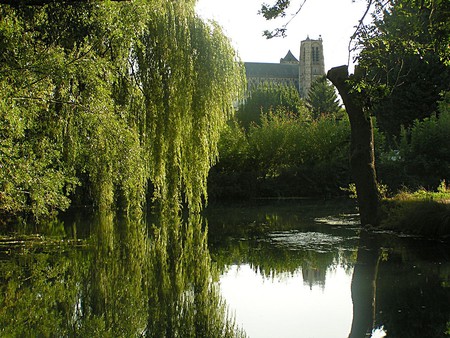 Less than two kilometres from the centre of Bourges is Val d’Auron lake, a vast man-made space created in 1977 and used throughout the year for fishing, canoeing, sailing and so on. There is a path that loops its way around the lake, perfect for an afternoon saunter, especially during the summer months. Also, during high season, there are patches of water that are supervised by a lifeguard, perfect for a quick dip.

This is the second museum in the city that should be on your list of things to do in Bourges. Located in the beautiful Hôtel des Échevins, this museum is dedicated to the work of French painter Maurice Estève, housing over 200 pieces. The museum opened in 1987 with work donations from Maurice Estève and his wife. The building itself is reason to not miss out on this museum, too. From the late 1400s until approximately 1680, the building was the main ‘place of power’ in Bourges with its high, decorative Gothic facades very much in the style of the Palais Jacques-Coeur. 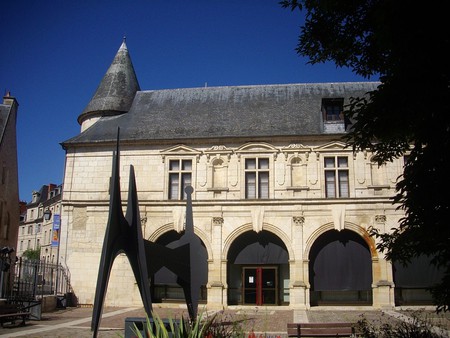 It’s possible to still walk the historic defences that were erected around the 4th century, at the time when Bourges was the capital of the province of Aquitaine. Ask at the tourist office, but for those interested in history, it’s a real treat to still be able to spot some of the Gallo-Roman sections during the walk.

A gorgeous garden in the heart of the city. The Jardin des Prés-Fichaux – which was built between 1923 and 1930 by local landscape artist Paul Marguerita, and is very much a representation of the art deco style of the times – is free for anyone to enter and enjoy the well-maintained lawns and pathways. Most striking are the plant sculptures made from hornbeam trees (the arches captured in the image below) and the carved yew arches. 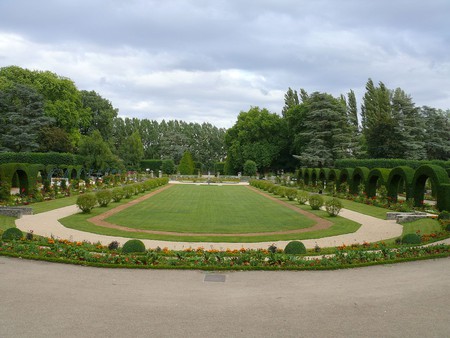