The 10 Best Bars For Apres-Ski In Chamonix, France

France doesn’t place much emphasis on bar culture, but the après-ski scene is a different story altogether. The Chamonix bars open before the skiers start to file down from the slopes, and close at a time when the eager might be waking up. We’ve put together this list of the best bars in Chamonix so that you’ll know where to go, either before or after your day on the mountains. 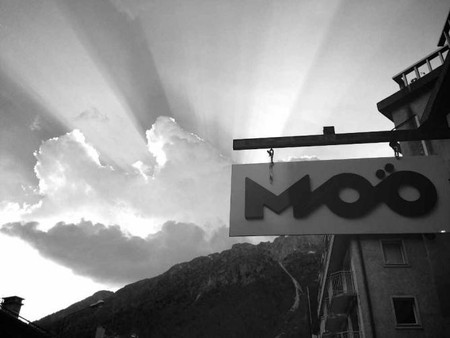 It’s only been open for a few years, but Moö has already made more than its fair share of buzz. Named after the three Scandinavian friends (Morten, Oscar, and Örjan) who set it up, it’s got a real sense of community to it. Örjan in particular is a well-known face in Chamonix, as he’s often recognised for his time behind the bar at Chambre Neuf. It’s also home to the only self-serve beer tap in Chamonix, so there’s a little novelty in its presentation, too.

Watch out for: The massive burgers

Over a century old and on the high street, it’s no wonder that this is one of the locals’ favourite haunts. A roaring fire and an atmosphere that’s almost as warm continues to draw in the guests, even after all these years. Its old coaching house ways haven’t faded, either, as Le Vagabar also provides food and some of the best-value accommodation going. They might not arrive by horse-drawn coach these days, but guests are still very much the focus of this bar.

Watch out for: The panoramic views from the terrace

Found in the middle of the Aiguille du Midi lift station is a bar/leisure area/restaurant/shop that’s surprisingly good, despite its location. Before or after your cable car journey, it’s a lovely spot to stop and have a drink. Chances are good that you’ll be in the lift station anyway, and this bar should be on the agenda for an ‘apres-lift’ drink or two.

Watch out for: The terrace on the plaza 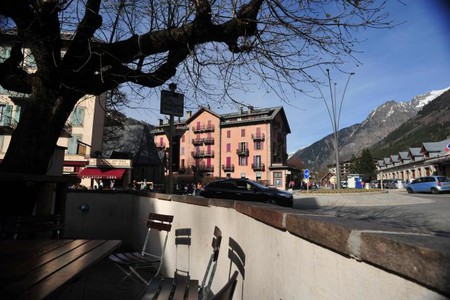 Serving up a good drinks selection, a bar menu mixing French and English cuisine, and a sunny terrace, this is a bar so laid back it’s almost horizontal (although the atmosphere occasionally picks up when they have live music). A popular spot for Chamonix-ites, mountain guides, and workers, it attracts a good crowd almost every night. Between the locals and the visitors, you’ll be sure to find someone to swap ski stories with.

Watch out for: The full English breakfast, an unusual dish in Chamonix

A loud and lively apres-ski, Chambre Neuf is a popular meeting spot for both tourists and locals. Located within the premises of the Gustavia hotel, it’s in a prime location for afternoon or evening drinks. With live music from 5pm to 8pm most nights, it draws in a diverse crowd who all share a love of fun. It can get crowded, and people can wind up dancing on the tables. As far as lively bars go, this is one of Chamonix’s best.

Watch out for: The selection of bands

A vaguely pirate-themed bar, it’s no surprise that it has a fantastic selection of rums. A selection so broad, in fact, that it could almost be called a rum bar. That’s not entirely fair, though, as it’s a versatile spot, serving up cocktails, beers, and food, too. The swashbuckling theme could come off as childish, but it’s done well, and the fun-loving crowd makes the bar into something more than the sum of its parts.

Watch out for: The apricot shooter

As the name would suggest, this bar is fun and unpretentious. The DJ sets add to the boogie, and most of the interior is for dancing, with only two tables. It’s pretty tiny, but often the best things come in small packages. Food is simple but tasty pub grub, if you’re after a meal between rounds. The shots are also interesting, particularly the ‘Haribo crocodiles’. The hostess, Cat, is well known in the area for being helpful and friendly, so drop in and see her for yourself.

Watch out for: The tapas

Bar, Pub, Restaurant, Pub Grub, British, $$$
Facebook
Email
Twitter
Pinterest
Copy link
Share
Map View
This is really two bars, the Jekyll and The Hyde. The Jekyll is lively, musical, and versatile. From 6:30pm it turns into a restaurant, and after dinner transforms back into a late night party venue. Downstairs is The Hyde, but it would be more apt to call it the Hyde-away. It’s cosier, quieter, and more intimate than its partner. Multifaceted and interesting, The Jekyll and The Hyde are sure to offer something for everyone.

Watch out for: The steak and Guinness pie
Open In Google Maps
71 Route des Pèlerins, Chamonix-Mont-Blanc, Auvergne-Rhône-Alpes, 74400, France
+33450559970
Visit Website
Give us feedback

Chamonix’s only gay bar is small and a little scuffed around the edges, but one of the most fun bars out there. Open until 4am, it’s a convenient place to get a drink after the other bars have closed. Plenty of staff from other bars and restaurants wind up here, so surprisingly Le Tof gets busier in the wee hours of the morning, instead of winding down.

Watch out for: Familiar faces in the crowd

Formerly known as The Garage, this is the biggest club in Chamonix, with two large rooms and two accompanying DJs. Decorated in a contemporary, industrial style, this is another one that’s open extremely late. Every Tuesday L’Amnesia hosts a lingerie show, and every Wednesday there’s a disco, with a few more sporadically spaced event nights occurring throughout the year. This is probably the best-known and most popular club in Chamonix, and for good reason.

Watch out for: The bar itself, in all its neon glory