Strolling the Most Beautiful Street in Aix en Provence 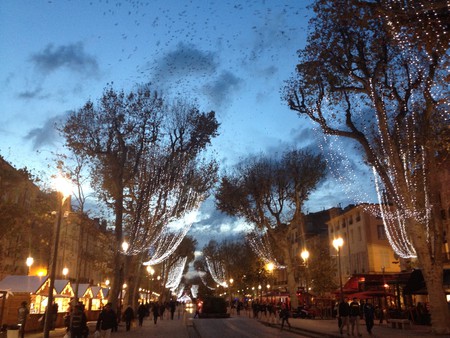 With the statue of Aix’s beloved 15th century King Réné at one end through to the ornate buildings and sumptuous fountains of Louis 14th in the 17th century, there’s no better way to understand the history of Aix than visiting Cours Mirabeau in Aix-en-Provence. One of the most iconic boulevards in southern France, here’s what to look for and where to stop during a stroll down one of Aix’s most beautiful streets.

Many famous cities have one or two iconic avenues or boulevards and in Aix, this is the Cours Mirabeau. It’s the city’s beating heart and a place where all roads lead—when lost in any part of Aix’s old town, just walk downhill and back to La Rotonde, the famous roundabout at the end of the Cours Mirabeau. 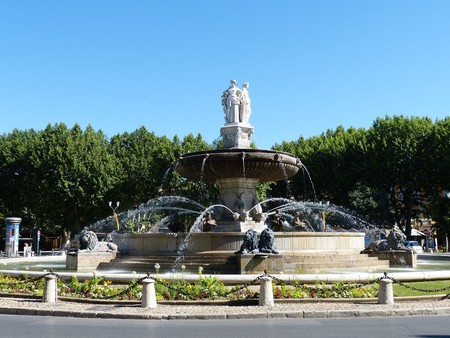 A Rebellious City Street in the 15th Century

The Roman town of Aix began to grow in earnest beyond its ramparts in the 12th century. Under King Réné (who ruled from 1409 to 1480) and his wife, Queen Jeanne, Aix grew in popularity as a place for artsy people with an independent vibe. It was so independent that after the king’s death, Aix refused to follow the French government’s rule and decisions for over two centuries. The statue of King Réné is a popular meeting point for locals in Aix. 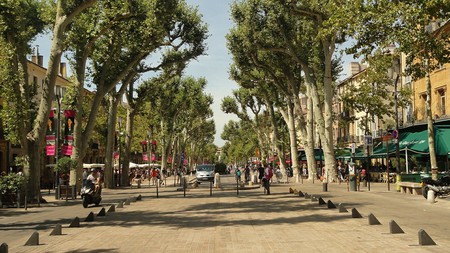 The Street to Learn Everything in the 17th Century

Aix is a big university town (it has many of European-exchange students as well as French-law students) whose reputation stretches back to 1409 when Louis II of Anjou founded the University. The Cours Mirabeau extended this reputation for learning. When Louis XIV came to power in 1643, Aix stopped rebelling against the monarchy and moved towards the crown instead. Many aristocrats, lawyers, magistrates, and noble advisors moved into the city and built up the Cours Mirabeau with its ornate architecture and grand boulevards. In 1650, the crumbling footpath where the Cours Mirabeau sits today was officially opened as a street for horse-drawn carriages. In the 19th century, it was laid out with its trees, fountains, and the bulk of the buildings still seen today. 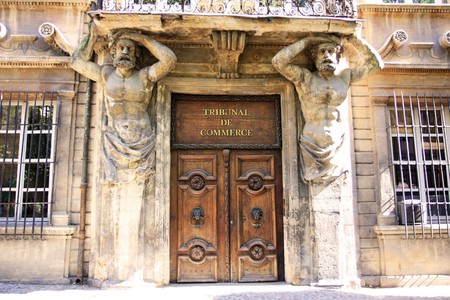 The Chamber of Commerce on the Cours Mirabeau | © Andrea Schaffer/Flickr

Today, its reputation for learning and advice continues as it’s where the Chamber of Commerce, several legal offices, and banks for financial advice can be found. 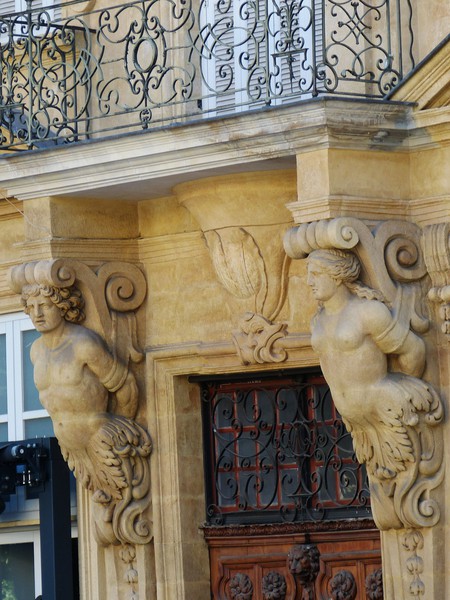 The Street of Fountains Galore in the 19th Century

Aix is often called the “city of 1,000 fountains” and whilst it doesn’t technically have a thousand, it does have a lot. Those on the Cours Mirabeau are some of the most lovely. The fountains of La Rotonde are the most immediately recognisable but people love the “fontaine moussue” (the moss fountain). Because it comes from a natural-water source (the Bagniers Spring), it’s often warm. In winter it can get a bit colder and very rarely, icicles hang off it—a great Instagram photo. 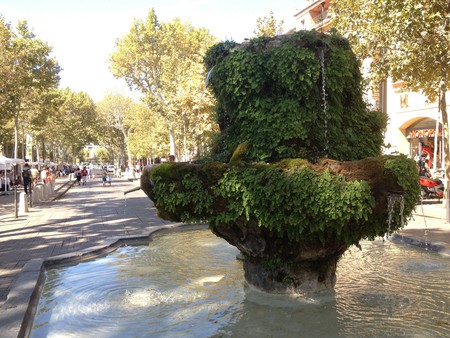 Aix is the "city of 1000 fountains" | © jean-louis Zimmermann/Flickr

The Street of Painters in the 19th & 20th Centuries

The brasserie of Les Deux Garçons is a must-visit destination for any Cours Mirabeau visitor. It’s where the painter Cézanne (Aix’s most famous resident) used to hang out with his friend, Emile Zola, between lessons (they used to go to the nearby Collège Mignet). In later years, British Prime Minister Winston Churchill used to hang out here when he came to Aix to paint.

Nowadays, many eat from the gourmet, fine-dining menu—inside or at the back of the terrace—but most people hang out on the tables at the front, sipping a beer, eating a croque monsieur, and watching the world go by. 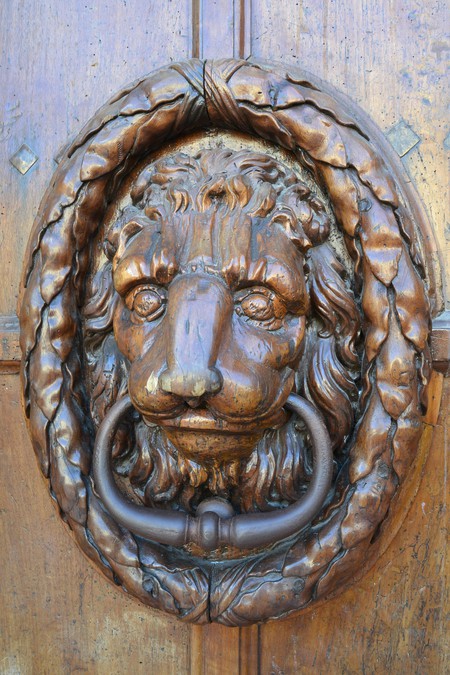