Seriously Delicious Candy You Can Only Try in France 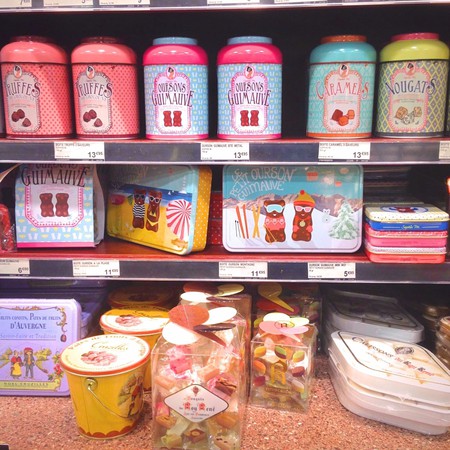 If there’s something that is deeply ingrained in French culture, it’s a love of good food and the sensual pleasures of the palate. Anywhere you go, all across the country, you are bound to find something local and delicious to indulge your sweet tooth, including these seriously yummy traditional confections.

The recipe for this soft rhomboid sweet has remained unchanged since its origins, which by some accounts hark all the way back to the 12th century in Aix-en-Provence. A calisson is a delicate mixture of finely ground almond meal, candied provençal melon, and orange peel, all covered in royal icing. The process is quite elaborate and labor-intensive, which explains its handsome price. 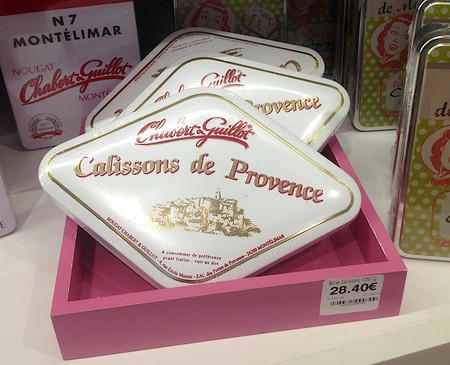 The nougat of Montélimar, a Provençal delicacy par excellence, is one of the thirteen desserts traditionally offered during the Christmas Eve Dinner. Their history can be traced back to the third quarter of the 17th century, when the first almond trees that were introduced a few years earlier started to yield fruit, and a local version of the nougat that came from the Orient was adopted as a local staple. The authentic Nougat de Montélimar, to have a right to carry the name, must have at least 30% almonds, plus natural ingredients such as sugar, honey, egg whites, and vanilla. It is sticky, rich, and more than a bit nutty. 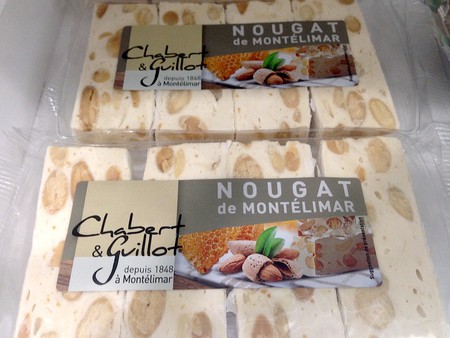 Already under Henry IV in the 16th century, there are mentions of Anis de Flavigny candy being offered to passing travelers through the beautiful village of Burgundy, and it is known that King Louis XIV was partial to the treat and would carry a box with him. These tiny, hard candies are made by layering a delicately flavored sugar coating over an anise seed. The candy comes in different flavors, including licorice, mint, rose, and orange, usually presented in charming little boxes. Patience is the name of the game. Just to make a liter of natural neroli essence (orange blossom essence), you need a ton of orange blossom petals, and to make a liter of natural rose essence requires two tons of rose petals. 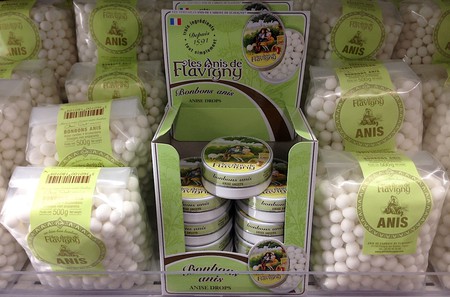 If you attend a baptism, communion, or wedding in France, you are bound to come across French dragees either as a guest favor or table decorations. Dragées are covered with a hard satiny sugar coating and traditionally guests will be offered five dragées each, for health, happiness, fertility, longevity, and prosperity. The history of the dragée is attributed to a pharmacist in Verdun, Eastern France. It was the year 1220, and he was trying to find a way to keep almonds fresh for longer and facilitate transport, so he came up with the idea to coat them with sugar and honey. 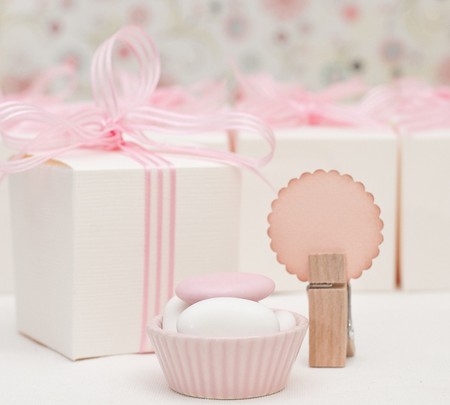 Bêtise de Cambrai is a French boiled sweet with a distinctive stripe, made in the town of Cambrai in Northern France. Bêtise is French for “mischief” or “silly mistake.” The sweets—traditionally mint-flavored although today they came in many varieties—take the quirky name because they are said to have been invented by accident by the son of a confectioner named Afchain. He had measured the proportion of sugar and mint erroneously, and accidentally had let air bubbles form in the preparation. Although initially he was strongly reprimanded by his boss, the inhabitants of Cambrai found the candy to be refreshing and good for digestion, so the happy accident became a local specialty.

Like any other caramel, these are chewy, gooey, and irresistible, but the particular sweets hailing from Brittany have a tasty hint of sea salt added, which gives them an extra delicious balance. Brittany is known for its high quality salted butter, and in 1977 in the town of Quiberon in the south of Brittany, chocolate maker Henri Le Roux experimented for three months to find the perfect marriage of sugar and demi-sel butter. His caramels au beurre salé quickly became an international success story. 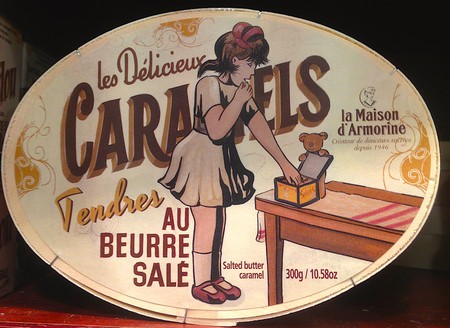