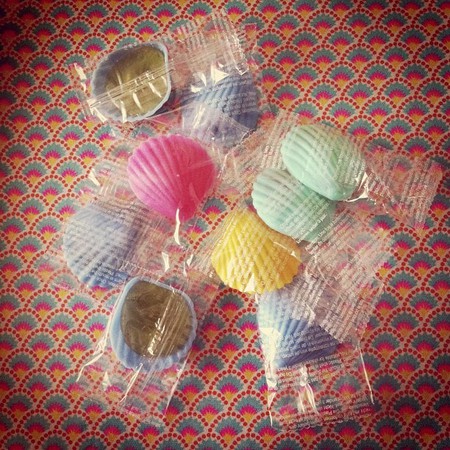 From the 1950s until the 1970s, French confectioners used to make candies in seashells. They’re beautiful to look at, are easy to reproduce in your kitchen and today, are making a comeback. These are roudoudous (pronounced roo-doo-doo) – the sweets that are both kitsch and cool because they look like nothing else in the world of candy!

These sweets were made in real seashells

In the 1950s, confectioners began to make sweets in real seashells in France. They would pour hot caramel or syrup into collected seashells and leave the mixture to harden. It was a great way to present a sweet treat in a ready-made natural package of a shell – pleasing to the eye and you get to keep the shell after you’ve eaten it! But it wasn’t all good… 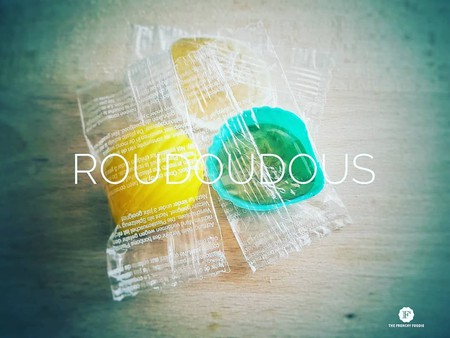 Kids would lick the syrupy mixture much like a lollipop and often cut their tongues on the sharp edges of the shells. Atlas Obscura reports that the French singer Renaud sang about “the real roudoudous that cut our lips” in his song, Mistral Gagnant. As they gained in popularity, the real seashells were replaced with safer plastic shells and they were wrapped in plastic to transport to shops. It was probably just as well, but people still have a yearning for the times when they were on the beach tasting the original roudoudous. 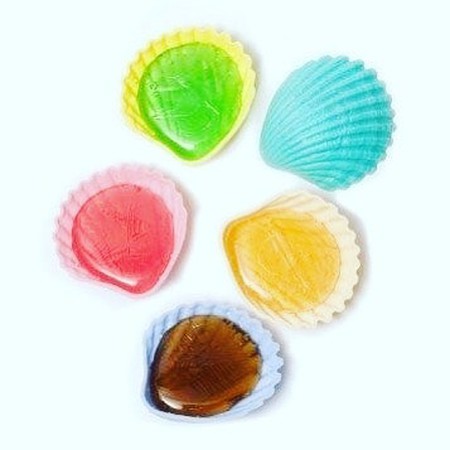 Every Instagram posting with #roudoudous usually harks back to any sweet treat from people’s childhoods that they fondly remember. The roudoudous has become a byword for rose-tinted glasses and nostalgia for times past. Their iconic look has become synonymous with other sweets that are difficult to find today. It’s probably for this reason that roudoudous is also a term of endearment. French people often call their loved ones after this little candy, in much the same way as they might call them their nounours (teddy bear), chou–fleur (cauliflower) or mon coeur (my heart). 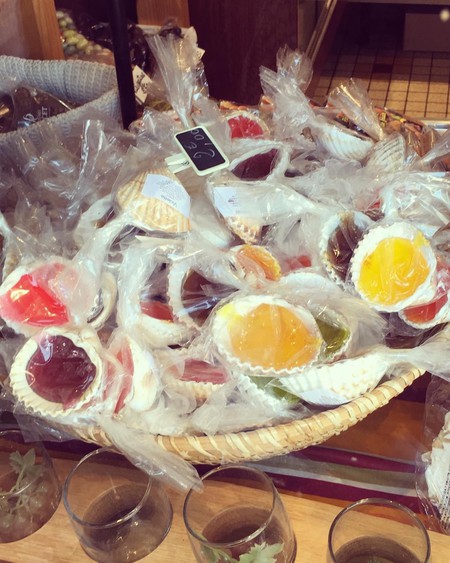 Roudoudous are easy to make at home

There are lots of great recipes to make your own roudoudous because they are really mostly coloured sugar that is left to set in a pretty mould. You just need caster sugar and lemon juice, then some iconic colouring. The French love syrop de grenadine – it’s a cordial that you mix with water that kids often drink when they’re eating out at a restaurant with family. Its base ingredient used to be pomegranate, but nowadays it is mostly red fruits to make production costs cheaper. It has a tart, sweet taste and it was used a lot in making roudoudous. You can use any colouring you like though, and it’s what gives these sweets their distinctive, childlike appeal. Finally, you’ll need to gather seashells to put the mixture in although these days, people use wooden spoons or similar objects – anything that creates a good result.