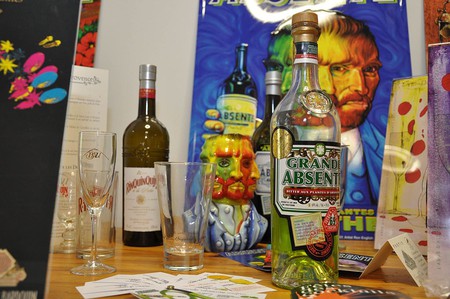 The era commonly referred to as La Belle Époque (1871 to 1914) is one of the most glorious periods to have featured in French history. Not only did it see the epic construction of the Eiffel Tower and the Basilica of Sacré-Cœur, but also the Paris Métro and the Paris Opera. The period was incredibly productive, albeit with a little help from the legendary magic of absinthe.

The Musée de l’Absinthe is the only Museum of Absinthe in the world with a dedicated permanent retrospective celebrating this potion. It’s a fascinating portal into the past, allowing you to rediscover and relive La Belle Époque.

In Switzerland, there is the House of Absinthe, which stages some temporary exhibitions, through events, mostly, and in the Pontarlier commune in France, there are two rooms devoted to absinthe in the municipal museum. You might also stumble across a bar in Prague called the Museum of Absinthe, but do not be mistaken; there are no historical relics on show.

The museum in Auvers is the only one that can lay claim to owning an authentic collection, retracing life in the 19th century through the social, political and cultural phenomenon that was absinthe. By delving into the history of absinthe, this collection presents the curious discovery that there was no art without absinthe. 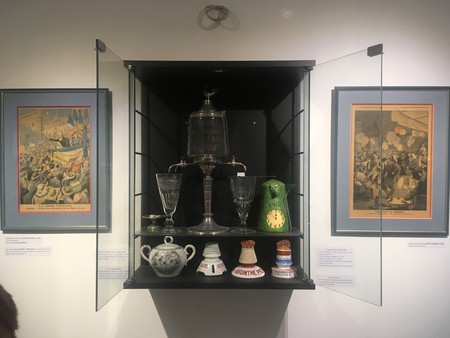 As you arrive before the quaint wooden gates to this tiny museum, tucked away in the sleepy farming village of Auvers-sur-Oise, you’re greeted by the unmistakably aromatic garden. The fragrant odours waft flavours of liquorice, mint and anise right across the narrow country lanes. These are the ingredients used to make absinthe and if the delightful scent is anything to go by, La Belle Époque is more than worth being rediscovered.

Once you finally prise yourself away from sniffing the seductive fragrance, step inside to become immersed in La Belle Époque through a series of historic relics. You’ll retrace the history of this legendary ‘green fairy’ from its medicinal origins to its mythical legacy, replete with rituals that were banned by 1915. 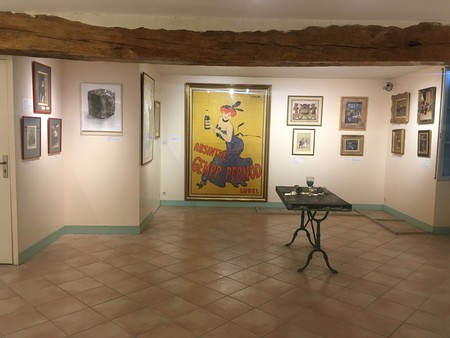 While absinthe was very much in vogue during La Belle Époque, it originated as a medicine used to cure fever. Amid the pharmaceutical relics, the museum explains how soldiers sent to Algeria would take absinthe to protect them against malaria.

But then, absinthe-themed postcards and publicities started popping up, redefining the drink as a chic, fashionable and expensive treat. Before, people only used to drink wine, so it marked an exciting departure from previous trends. Especially because it was made from fresh water, which was much more refreshing. However, the real reason it became such a success during La Belle Époque was due to the aspect of ritual.

Since sugar doesn’t melt in strong alcohol, a ritual developed in order to make it sweet enough to drink. The sugar cube was placed on a spoon, then fresh water dropped drip by drip until the sugar dissolved. For every two cl of absinthe, there would be 10 cl of refreshing fresh water to follow.

This drink stimulated the senses and inspired creativity, which might be part of the reason why this ritual was soon infused with a creative touch. The spoons became a spectacle for innovative design in themselves, engraving names on the handle and even illustrations.

The museum showcases an array of special spoons, including a relic from La Rotonde in Montparnasse where Apollinaire, the famous poet, used to drink. But the crowning glory is the relic from 1889, shaped like an Eiffel Tower as its use coincided with the inauguration of the Eiffel Tower itself. In this way, you can relive La Belle Époque through the design of spoons. 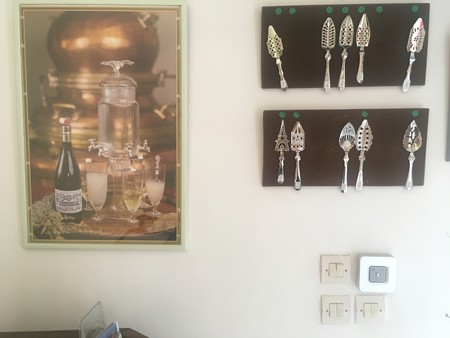 Amid the alluring posters sporting famous comedians, who started to publicise absinthe from 1900, the paintings and lithography lurk a darker side to absinthe that cast a shadow over La Belle Époque. From 1860, the drink became popular with the badly housed working-class population, inspiring problems of alcoholism. This is what gave rise to the common misconception that absinthe inspires insanity – though it was only ever the case when consumed in excess.

For this reason, the museum details how from 1880, people started to fight against this drink now deemed dangerous. There was a national group assembled by 1905, whose concerns eventually culminated in absinthe being banned in France by 1915. While the drink was banned, creative achievements and artwork continued to share its legacy. 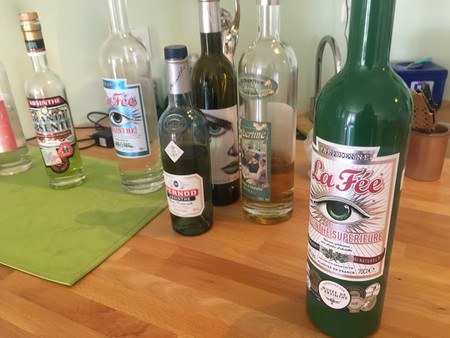 After finishing with all the history, there’s no better way to rediscover La Belle Époque than by trying this legendary ‘green fairy’ for yourself. You can brave a tasting of this forbidden muse in the cafe for €4 for people who have just paid to visit the museum or 5€ for everyone else.

This tasting is really good value, given that a drink of absinthe in Paris can cost as much as €10. This drink is incredibly strong and so, a top tip might be to go halves, as many visitors find that one glass for two people is enough. 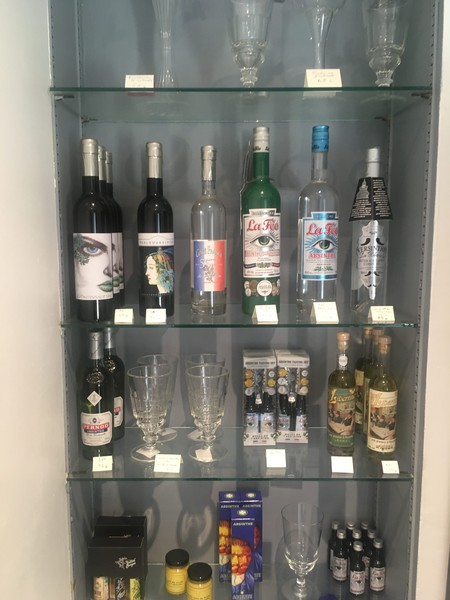 Once you’ve finished, make sure to stop by the small gift shop behind the till as there’s an abundance of rather quirky souvenirs for sale. If you’ve been enthralled by the visit, you can take home your very own absinthe set for €45. For the smaller budgets, you’ll be pleased to know you can buy postcards for €1. Alternatively, you can brave a jar of absinthe mustard for €5.