'Raw' Director Julia Ducournau - "Real-life is not a Disney Movie..." 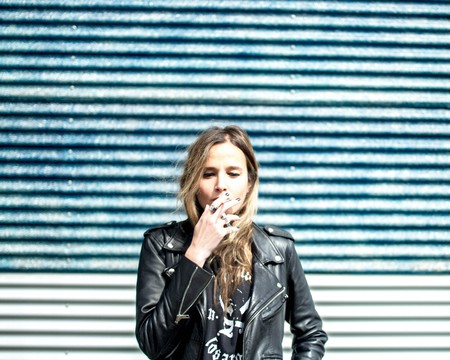 It’s the French feminist cannibal film everyone is talking about, so we spoke to director Julia Ducournau about Raw to find out what went into the process of making such a bold and original concept for the screen.

Culture Trip: Where did the idea for Raw come from?

Julia Ducournau: The inspiration for the film didn’t really come from one place. Sometimes, like for my next feature, it can be inspired by one image, but for Raw it was different.

It was over the course a conversation with my producer [Jean des Forêts] about cannibal movies. They are often portrayed as “they” and I wondered about that. It makes us feel like they don’t exist, like they come from another planet. We see tribes attacking people, or similar. I wondered how come, when we all know cannnibalism exists.

It’s a part of humanity. It’s a taboo with murder and incest. I wanted to know why we repress this. I don’t believe anyone can grow up by repressing things, not individuals and not society. We have to make real moral choices by having full possession of the facts. Real life is not a Disney movie.

That’s why I went from “they” to “I”, to tackle those edges of humanity. Is my character less human after she has consumed human flesh? She doesn’t suddenly have tentacles coming out of her ears all of a sudden. Where does humanity reside?

CT: What has the reaction to the film been like? Are there differences in how international audiences perceive the movie?

JD: The reaction to the film has been the same everywhere. I’m happy and overwhelmed that everyone has understood the movie. When you make a film, and this one took 5 years, from the page to the mix room, you wonder who on the planet will get it. The reaction has been very understanding.

In North America, when people smoke in movies, it’s a really big deal. For us Parisians it’s just like a prop, even though the main character is just 16. I noticed at the BFI screening in London that no one reacted, and I worried, I thought there was a problem. It was dead silent. They told me that the UK audience is just more focused on it. It ended up being a great screening. 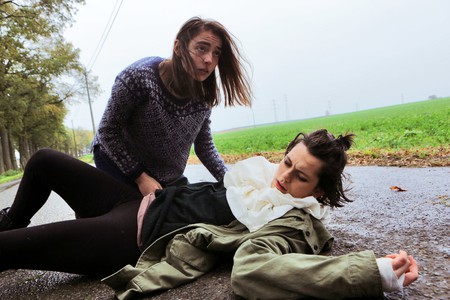 CT: Why did you chose to have two sisters as the main characters?

JD: At the beginning, I had two drafts where the two main characters were not sisters, but something was not working for me in that relationship. It had a sadomasochistic element to it, with the younger sibling going back to the older one even after she was being physically pushed away. Why was she going back?

The moment it clicked in the third draft was when I realised they were sisters. It explains everything. Now we know why the younger one wants the approval and love of the older one. That complexity becomes very clear when they are siblings. Sisterhood and brotherhood are very cinematic in that way. You can go from the extremes of love and hate without having to explain why. Everyone gets the bond and relationship.

CT: Were there any influences on the film from other filmmakers, or any directors that you have grown up watching?

JD: There isn’t really a direct influence on the film from other films or directors in Raw, even though for me David Cronenberg is a big personal influence. His work is the first work I discovered by myself. I started with Crash, and what a way to start that was – it traumatised me in a good way. At first, I didn’t like it, but I had to go back. I began to binge on his work. It felt very intimate, that relationship with his work.

I understood more, after that initial rejection, and I felt close to it because he has a frontal approach to bodies. Very scientific in a way. He doesn’t want you to look anywhere else. We will all purify and die. He asks about the rebirth in mutation, he believes in that as do I. It reminded me about my parents as they are both doctors. They have that attitude that you are going to die of something one day. Whatever else you do, that will happen. It’s useless to deny it, and he has that approach.

Raw is on general release from April 7