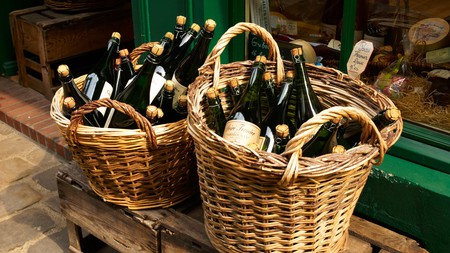 Poiré for sale at a local shop in Normandy, France | © Deryck A Dillon / Alamy Stock Photo

At the white-cliffed, northern edge of a country famed for its champagne, the region of Normandy increasingly favours an altogether different tipple: poiré.

Attend a drinks reception in Normandy and you’ll notice cork-topped bottles being popped and guests sipping a golden, fizzy liquid from flutes. Nothing unusual there, then. But taste a glass and you may notice that this isn’t your usual special-event fizz. Instead of champagne, the drink consumed throughout Normandy at engagements, weddings and other get-togethers is now more likely to be the pear-based poiré.

Poiré is a popular drink choice for Normandy events

Poiré is a local speciality in Normandy, thanks to the region’s climate. While much of France is peppered with wineries, Normandy’s cooler weather means that it has only a handful of small vineyards, but plenty of orchards. As a result, poiré is less expensive in Normandy than champagne and other sparkling wines. The pear-based drink is also more natural, as the production process is organic and the use of modern technology is minimal. Perhaps best of all, poiré is lower in alcohol than champagne. As specialist producer Jérôme Forget explains, “People in this area tend to have poiré rather than prosecco or champagne, as it’s cheaper and less alcoholic.” 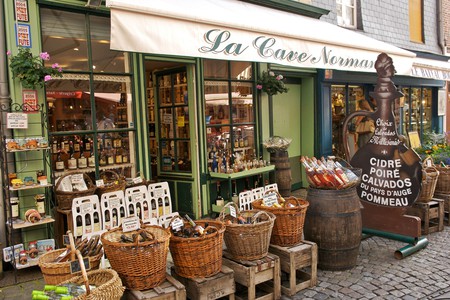 Pears have a long history in Normandy

Pears were brought to Western Europe from the Caucasus thousands of years ago. By the Middle Ages, pear cultivation was so widespread in France that most of the pears consumed by medieval England were actually imported from the country’s Gallic neighbours. In fact, the reputation of French pears grew to such an extent that court papers show a 13th-century presentation of pears from Rochelle-Normande (a former commune in Normandy) to King Henry III of England.

The fermentation of pears to produce alcohol had been going on even longer, with evidence showing that poiré has been produced in France since soon after the fall of the Roman Empire. 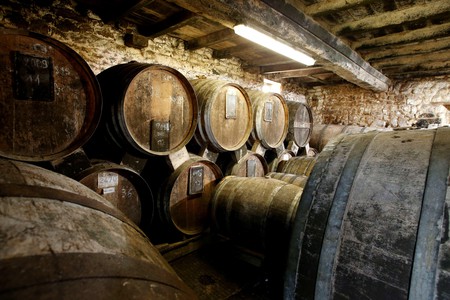 Like champagne, some poiré is protected for its unique heritage

The AOP distinction, Appéllation d’Origine Protégée, is given to traditional French products that are typically produced in a certain location according to particular methods. Champagne produced in the Champagne region is an example of an AOP product, as are gruyère, brie de meaux, reblochon and around 300 varieties of French wine.

The Domfront commune of Normandy boasts deep, good-quality soil that is full of lime – perfect for growing pear trees. Poiré that is made according to particular techniques in this area is awarded the AOP distinction. To adhere to the specifications, Poiré Domfront must include only poiré pears, including the Plant de Blanc variety, an astringent fruit that contributes to the drink’s unique flavour. In addition, pears should be collected once they have dropped from the trees, rather than being picked, and the fermentation process must be natural, with no gas added to bottles and no pasteurisation.

These traditional methods encourage a symbiosis between the animals and plants in the region’s orchards that harks back to historic agricultural practices. Outside of the harvest months, cows roam in the Domfront orchards, eating from the lower branches of the pear trees and helping to trim them down, munching the grass to keep it short and producing the organic matter needed to fertilise the ground, while at harvest time the long grass acts like a fridge, cooling those pears that drop to the orchard floor until they are collected. 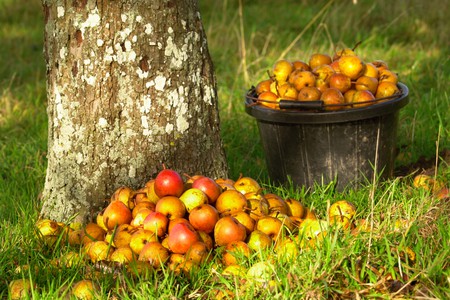 The popularity of poiré is now spreading beyond its native regions

Poiré is produced in Bourgogne, Pays de Loire and the Alps, as well as in Normandy. However, the taste of poiré varies around the country as a result of the different varieties of pear that are particular to each region. Now, the popularity of Normandy poiré is spreading throughout the country, and it can be found in Parisian restaurants and cellars. Poiré is even sold in Parisian shops such as La Grande Epicerie de Paris and at bars like Pigalle Fromage Club.

Find out more about poiré by visiting a dedicated farm 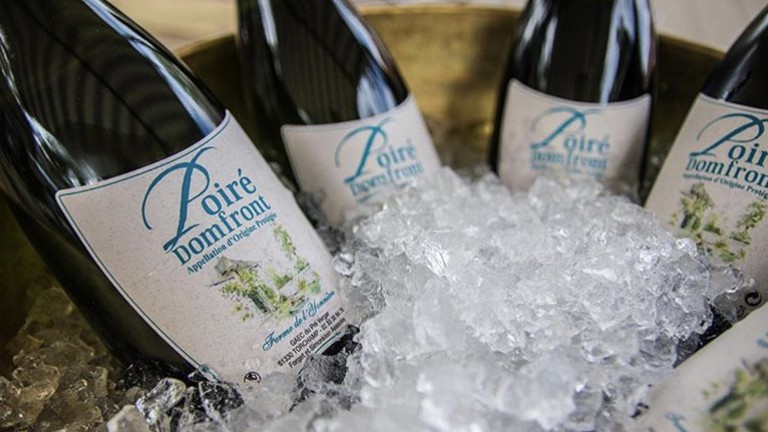 There are 16 poiré producers in Normandy, and many of their farms can be visited. A number of the farms have on-site shops, restaurants and even rooms to rent. But just wandering through the farms themselves is a worthwhile experience. One such producer is Ferme de l’Yonnière, which is run by Jérôme Forget and Justine Simonklein. Forget took the farm over from his father, and his ancient orchards have been used to grow pears for hundreds of years. As well as AOP Poiré Domfront and AOP Champ du Poirier, the producers experiment with other types of pear drink, including Poiré Fermier, an aperitif called Pyrus and jus de poire (pear juice).

Open In Google Maps
Torchamp, Normandy, 61330, France
Give us feedback