Pastis, South of France's Beloved Apéritif That Emerged As An Absinthe Substitute 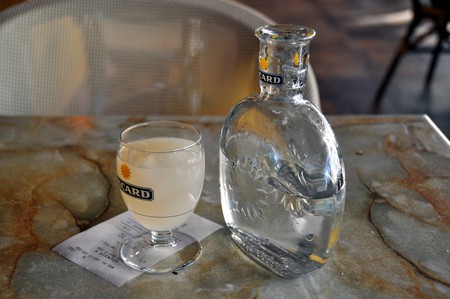 In any given bar in any pocket of the South of France you’ll see (and smell) Pastis at apéritif o’clock. This yellow spirit—sometimes ordered simply as jaune because of its distinctive color—has long been a part of the Mediterranean flow of life.

Go back to the end of the nineteenth century, and absinthe was the number one tipple in France. The well-known Pernod label (founded by Henri-Louis Pernod) had built a distillery near the Swiss border, making absinthe’s growing popularity in the early 1800s.

In 1914, however, any spirit that was stronger than 16% got banned, scooping up the lethal absinthe with it. It wasn’t until the early 1930s, when a young Paul Ricard in Marseille started lobbying for his new drink to be commercialized that Pastis was born. Its name derives from the Provençal word pastisson and Italian word pasticcio, both meaning “a mixture.” It is now the second most popular drink in France, after wine. 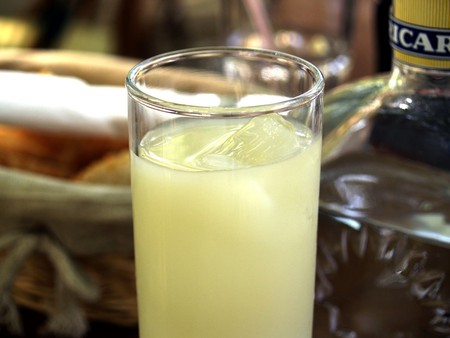 The exact recipe is a secret

Each Pastis producer’s recipe—you’ll have probably heard of Ricard and Pastis 51 among other brands—is a little different but the main flavors come from star anise, licorice, and a collection of Provençal herbs including hyssop. The exact recipes themselves are not known, so Pastis enthusiasts can only guess what the subtle differences are.

There are many French proverbs and sayings around Pastis. The origins to much of these are unknown, though that is unsurprising given its fairy shady past. “Je suis dans le pastis” is to say that you’re in trouble. 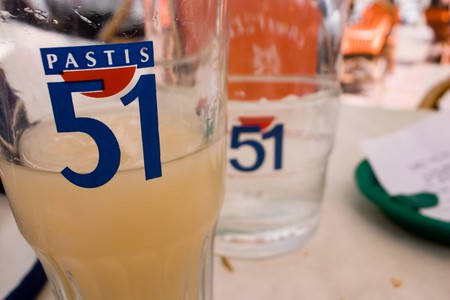 How and when is it served?

Traditionally Pastis is served straight, in a glass, along with a second glass of cold water, usually with ice cubes. Pour the ice cool water into the spirit (the rough rule of thumb is usually four times as much water to Pastis) and top off with the ice cubes. As soon as the water is added, the combined liquid will turn a cloudy consistency; a magic milky yellow.

Pastis is generally drunk any time after late morning right the way through until the pre-dinner apéritif hour.