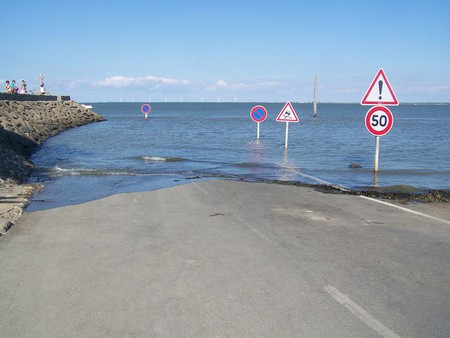 Le Passage du Gois – a treacherous road that leads from Beauvoir-sur-Mer on the French mainland to the stunning island of Noirmoutier – floods on a daily basis, and is a fascinating example of the ferocious power of nature.

Although there is another similar causeway in the county of Jindo in Korea, Passage du Gois is unique because of its impressive length. The passage stretches out for an epic 4.5 km. By comparison, the causeway in Jindo, Korea, barely reaches 3 km.

Le Passage du Gois, sometimes known as Le Passage de Gôa, is a world-famous natural wonder. Located between Île de Noirmoutier and Beauvoir-sur-Mer in the department of Vendée, France, this passage leads to the picturesque island of Noirmoutier.

However, the passage floods twice every 24 hours, and so can only be driven on a few hours each day before the island is sealed off. More often than not, the Passage du Gois lies hidden beneath 4- to 13-foot thrashing waves. 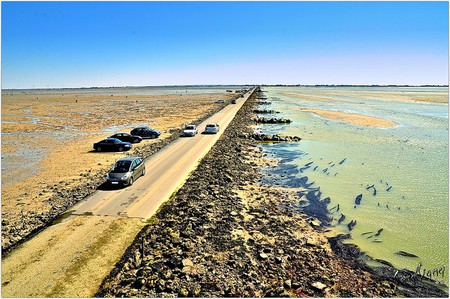 Passage du Gois can be dangerous if you’re not careful

The length of the road makes it all the more dangerous because, if you’re caught in the floods, it can be very difficult to reach dry land before the entire stretch becomes chest-deep in water.

There are special digital panels that let people know whether the road is passable. These panels are regularly updated with sea level warnings and issue speed limit reminders. But of course, not everyone listens. Despite the signs, there are incidents every year as people become trapped by the quickly rising tide and, occasionally, even deaths.

It’s for this reason that elevated rescue towers have been put in place, offering stranded voyagers a place to perch on until the water subsides – although the cars are never so lucky. Because of this, tourists are generally advised against using the road unless absolutely necessary. 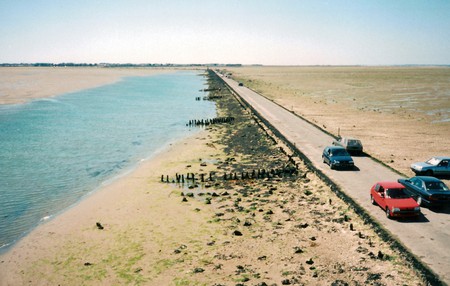 Nearly 10,000 people live on the island of Noirmoutier all year round and these locals have learned to respect the warning panels, especially when it comes to transporting precious supplies across from the mainland. 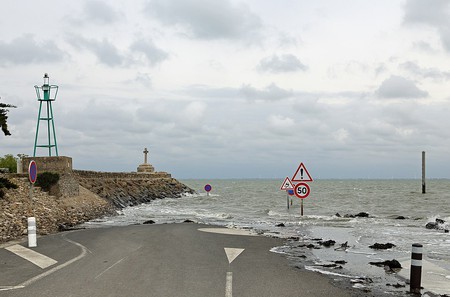 Noirmoutier hasn’t always been connected to the mainland

In the past, the only way to reach the island of Noirmoutier was by boat. However, over the last few centuries, the Bay of Bourgneuf – in which Le Passage du Gois is situated – has silted to create a causeway. 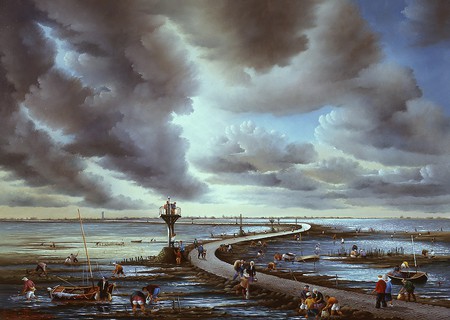 Le Passage du Gois was first mentioned on a map in 1701, but it wasn’t until around 1840 that a regular service between Île de Noirmoutier and Beauvoir-sur-Mer began – first on horseback and then later by cars.

The tidal causeway was even featured in the Tour de France

Interestingly, Le Passage du Gois was twice featured in the world-renowned Tour de France bicycle race. It was used most recently in 2011 as the starting point of the first stage, however, the most famous example came in 1999. 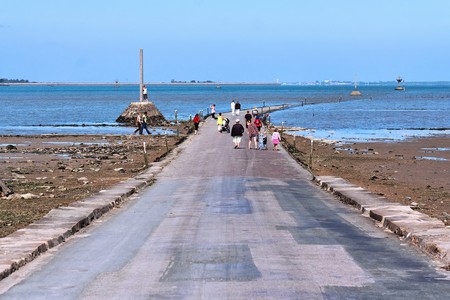 The Passage caused a mass crash in the 1999 Tour de France due to its wet surface, creating a disastrous six-minute split in the peloton. The accident ended the hopes of many favourites to win, such as Alex Zülle from Switzerland, who finished second as a result.

Despite the risks of traversing this road, many fearless travellers continue to flock to Le Passage du Gois to see the spectacular causeway for themselves – both on bike and by car. The island it leads to is also worth visiting thanks to 25 miles (40 km) of secluded, sandy beaches that are lined with quaint beach huts and an abundance of rock-pools, as well as for its delicious oysters.