Navigating Transport in Bordeaux: How to Get Around La Perle D'Aquitaine 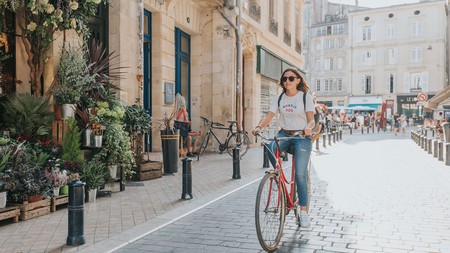 With an efficient public transport system, getting around the city of Bordeaux is both simple and convenient. With many areas – particularly the most historic – pedestrianised, walking is often the top choice when it comes to exploring. For venturing slightly further afield, or for simply taking the weight off your feet, trams, river shuttles and cycling provide eco-friendly alternatives to jumping in the car. What’s more, getting to grips with Bordeaux’s public transport offers the chance to appreciate the city as a magnificent melange of old and new, as high-tech trams cross the famous Pont de Pierre, designed under the orders of Napoleon I as the first bridge over the Garonne River at Bordeaux.

Arriving from the airport 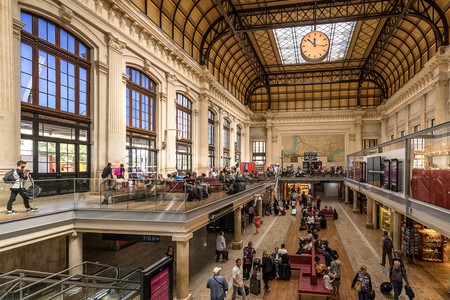 Gare St Jean in Bordeaux is the main railway interchange in Aquitaine and links Bordeaux to Paris, Sète, Toulouse and Spain | © iStock Editorial / Getty Images Plus

With high-speed TGV trains running to Bordeaux’s Saint-Jean Station from cities across France – including Paris, Lille, Lyon, Dijon and Strasbourg – getting to Bordeaux by rail is a cinch. Likewise, travelling by train is a convenient and sustainable way to visit nearby towns and attractions such as Arcachon and the most famous local wine regions. From Bordeaux Saint-Jean, it takes just 35 minutes by train, for example, to get to the famed medieval village of Saint-Émilion, home to world-famous wineries, and the train ticket will set you back as little as €5 (£4.46).

Pro tip: for the best prices, consider booking train tickets online in advance of your trip. 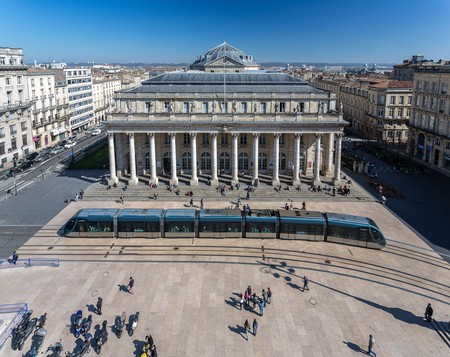 When travelling within Bordeaux, there’s no better way to get around than the city’s tramway. The tram service consists of three main lines (A, B and C), all of which operate seven days a week from 5am to midnight from Sunday to Wednesday, and until 1am from Thursday through to Saturday night; and the soon-to-be-added fourth line, which is under construction. Trams are very frequent during the day, with services running every 3 to 5 minutes, while in the evening the service slows down slightly and runs every 8 to 15 minutes. Hopping on the tram is particularly wise when travelling longer distances in Bordeaux at rush hour (5 to 7pm), helping you to avoid traffic.

The city’s bus network is also efficient and easy to use. A single ticket, which can be used on either a tram or a bus (valid for 1 hour), costs around €1.40 (£1.25). Meanwhile, day passes – which allow unlimited travel across all bus routes and tram lines – are available for €4.60 (£4.10). Tickets can be purchased on the bus or at one of the machines on the tramway platform.

Pro tip: remember to validate your ticket using one of the machines on-board the bus or tram. A short beep and a green light indicates that your ticket is validated, meanwhile a long beep and a red light shows an invalid ticket. 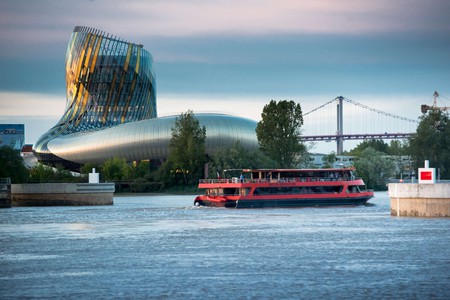 The river shuttles complement the cities bus and tram services, and offer tourists a laid-back mode of transport along the river | © Nicolas Duffaure / Bordeaux Tourisme

For a more tranquil approach to travel in the city, Culture Trip’s top transport pick is Bordeaux’s river shuttle service (Bat³), which runs along the river from Stalingrad to Lormont Bas. The Bat³ is great value – tickets (purchased on-board) cost just €2 (£1.78) – and come with spectacular riverside. We suggest putting aside the whole day to make your way along the route, stopping at each of the five stops along the Garonne River, including La Cité Du Vin museum. Two boats run every hour and specific departure times can be found on the Transport Bordeaux Métropole (TBM) website.

Pro tip: access the Bat³ for free with your tram ticket. 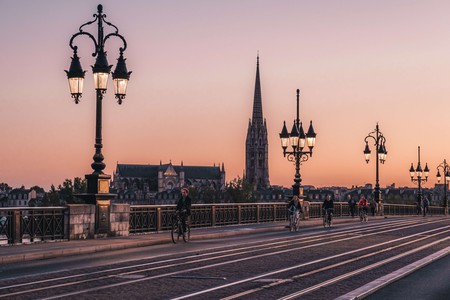 With its narrow streets, wide riverbanks and copious cycle lanes, Bordeaux is a truly bike-friendly city.

Explore the city on two wheels using Bordeaux’s public bike-renting service (V3). With 1,700 bikes stationed across the city, all you have to do is download the V3 app on your phone, then locate your nearest V3 bicycle point and pick up a bike. The V3 public rental service is perfect for cycling short distances and exploring the city as a visitor – the first 30 minutes are free of charge, after which the cost is just €2 (£1.78) per hour.

As cycling is so popular in Bordeaux, renting a higher-quality bike is also refreshingly easy, as there are several reliable bike shops dotted around the city. Located just next to Gambetta, Culture Trip recommends Esprit Cycles Bordeaux for its fast and friendly service.

Pro tip: when renting a V3 bike, save money by returning the bike to a V3 station in-between pit stops (when in a museum or stopping for lunch, for example). It’s easy to pick up a new bike at any time, and this way you won’t be charged for time spent off the bike. 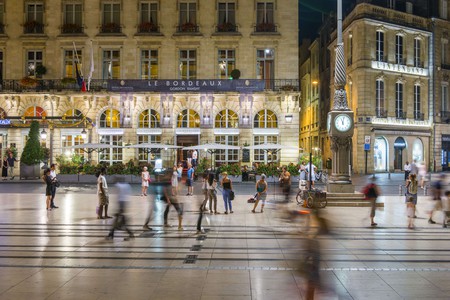 Bordeaux is full of delightful walking routes, helping you to navigate the city’s must-see sights and attractions at no cost | © Vincent Bengold / Tourisme Bordeaux

The most eco-friendly and cost-efficient means of getting around Bordeaux is, of course, on foot. Luckily, walking in Bordeaux is also a fun and fuss-free way to absorb the sights and sounds of the city. Walking allows you to enjoy weaving in and out of the city’s cobbled streets, amid gothic and baroque churches. The Chartrons District is the most charming area of the city to explore on foot, brimming with antique shops, independent boutiques and trendy cafés. Meanwhile, on a sunny afternoon there is no better place for an afternoon walk than along the banks of the Garonne River. Likewise, Bordeaux boasts many perfectly manicured public parks, which make idyllic walking spots – be sure to check out Le jardin public and its botanical garden.

Pro tip: for a relatively small city there is so much to see and do in Bordeaux – so wear your most comfortable shoes to be able to cover as much ground as possible.