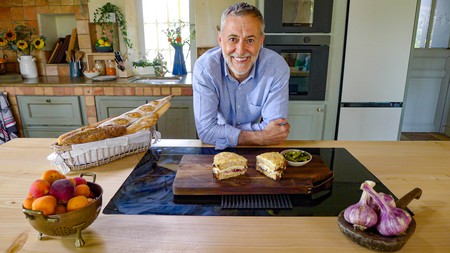 If there's a man who knows a thing or two about French food, it's chef Michel Roux Jr | © Food Network

Michel Roux is one of the most celebrated chefs in the world. He’s worked in high-pressure environments to create outstanding dishes, but what does a professional chef serve on holiday and can you do the same? Culture Trip asks him to cook up a tasty guide to his favourite summer getaway.

Following in the footsteps of his father, Roux began his career by studying in Paris and Lyon before working in Hong Kong. When he returned to the UK, he took over at Le Gavroche and the rest is history. If we were to define his style, it would be simple French cuisine using traditional ingredients and giving them a modern twist. It worked well at his restaurant, but in his new series Michel Roux’s French Country Cooking, we find out if these techniques can impress the notoriously difficult-to-please locals in the South of France.

“I’ve been going to the South of France for many, many years,” Roux tells us when asked about his favourite holiday destination. “My wife’s family is from the Gard and Ardeche regions so we both love the area and spending time in our house there. In my new series Michel Roux’s French Country Cooking, we meet a variety of local farmers who live and work nearby, and grow fruit and vegetables, make wine as well as different types of cheese. There’s a lot of sunshine in that region and like everywhere in France, they grow and produce what does well in that area. Food is heritage in France; it’s hundreds of years of recipes being passed down that make the food special.” 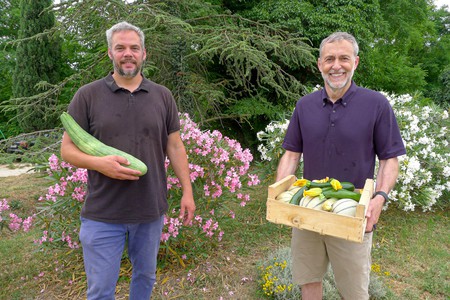 We all know the reputation France has for producing some of the best cuisine in the world. It’s a daunting task for anyone new to the country and specifically the sunny south, but Roux is on hand to guide us through where we should go.

“There are lot of amazing places to visit but if I was on a food tour of the region, we’d start in Marseille. It’s such a wonderful place but not on most people’s list as a destination. It’s steeped in history and has great food, and not just the French Riviera classics like bouillabaisse, a good one of which can be found at most of the restaurants along the old harbour. There’s the great fish market in Marseille but also there’s the strong North African influence. There are a lot of very good North African restaurants in Marseille where you can eat authentically and eat well. To find a good one, ask a taxi driver. All taxi drivers are foodies; they take people to restaurants and back and they listen to their conversations so they will know where to eat.” 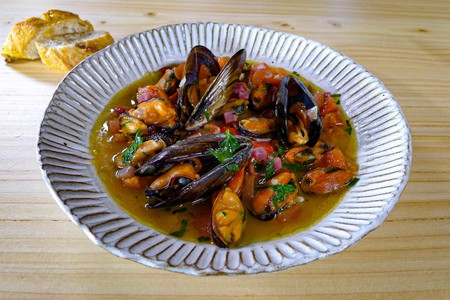 Head to Marseille to tuck into excellent seafood | © Food Network

From the well-known to a far more niche selection, as we head to our next stop and a spot that Roux is keen to share with us. “From Marseille I would then head inland. There’s a place called La Beaugraviere, which is in a village called Mondragon that’s famed for its truffles, and isn’t far from my house although I’ve been there only once,” he says.

“All through the year, nearly every course including dessert, has truffle in it. The owner buys literally hundreds of kilos of truffle, it is truffle country, and he either freezes them or preserves them in jars with brandy or whatever. And it’s extraordinarily good. It’s not fancy, but it’s Michelin star level and very good. If you want a truffle experience, that is the place to go. Another thing that really makes it stand out is that it has a wine list to die for. I remember having a conversation with the wine expert Jancis Robinson and she always recommends it because there are amazing bargains of local Rhone wines to be had. They have some bedrooms there too, so you can have a feast and a bottle of local wine and just enjoy it. Mondragon is a fortified medieval village on a very steep cliff so it’s well worth a visit just for that.” 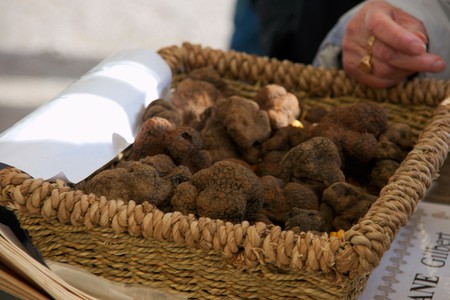 If you have a sweet tooth and are craving something to get your dentist rolling his eyes, Roux tells us to keep heading north to the vineyards of the Rhône Valley.

“I would then carry on and go to the small village of Tain-l’Hermitage in the Rhône region to stop off to see my winemaking friend Michel Chapoutier. I’d visit his vineyards, have a little taste – as you do – and load up my car with lots of his lovely wine. Then maybe stop off at the Valrhona factory, which is conveniently in the same village, and load up with some lovely chocolate.” 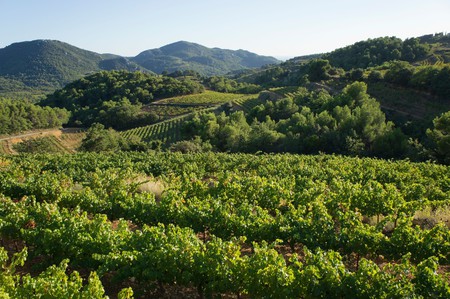 For a drop of wine, head to the vineyards of the Rhône Valley | © incamerastock / Alamy Stock Photo

Back onto more popular destinations and we’re at a place Roux knows well. “Lyon, is one of my favourite destinations in France. It’s a foodie capital, it really is. My first stop would be for a two-Michelin-starred extravaganza meal at Paul Bocuse’s place L’Auberge du Pont de Collonges. Paul sadly passed away a few years ago but it’s still worth the visit. The place is steeped in history; the food is diehard classic French and it’s done so well. It’ll be a trip down memory lane for me because I remember going there for my 20th birthday when I was working in Lyon; it’s a very special place.

“I’d then head to the centre of Lyon and wander off to the old part of town to buy some tarte aux praline, a local speciality typical of the region. It’s a very sweet praline shortbread biscuit but the praline is really bright red. Lyon was the silk capital of France at one stage and apparently legend has it that it’s the same colour as the dye that they used to colour the silk for the cloth of the cardinals.” 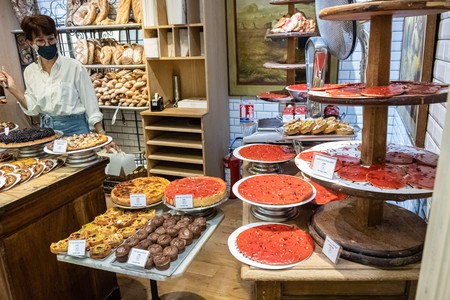 Lyon clearly has a lot to offer foodies. Roux has one final tip for anyone heading to this part of the world and with a taste for something a little more “daring”.

“Before heading home, you have to stop at the main market in Lyon, firstly to stop at one of the stalls there for a dozen oysters and a glass of wine. But then to load up the car with some wonderful cheese from Mons, a French cheesemonger, and La Mère Richard, who makes the most amazing Saint-Marcellin cheese. Finally, I’d go to Monsieur Bobosse and buy some of his andouillette, which is tripe sausage. It’s an acquired taste but one that I really love. Lyon is great for offal too; I’ve eaten a lot of offal there.

“Then with a car boot full of wine, chocolate, sausages and cheese, I’d drive up to the north of France, get on the Eurostar and I’m back in Blighty. As long as I don’t get stopped in customs!” 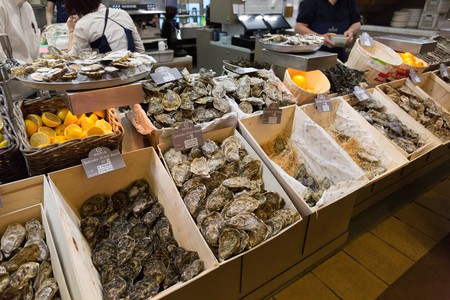