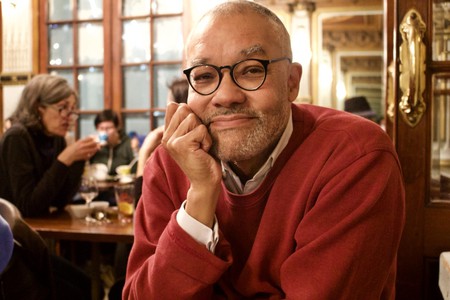 If you like wine but feel intimidated by the fancy jargon and by the wine snobs’ condescending looks, you will feel much better after reading Dewey Markham‘s interview. The American native based in Bordeaux for more than 20 years has written some of the most acclaimed books in the wine world and when he doesn’t give lectures in some of the best business schools in the U.S., he teaches people how to get a better understanding of wine while visiting the region’s best vineyards.

Culture Trip: Hi Dewey, did you know you were going to become a wine expert growing up?

Dewey Markham: Not at all. I went to New York University (NYU) in the 1970s and majored in English. In addition to that, I always loved films, so I took film courses during that time. I saw my college days as a wonderful opportunity to do the things that I wouldn’t have done otherwise.

CT: What did you do after college?

DM: After my BA, I decided to enroll in a master in Film.At NYU, one of the film instructors had a class, and he used to go to early screenings on the weekends, and on Thursdays in a room of 400 people, he would invite the directors, actors, and all the major participants for a Q&A with the students. I was his assistant and did that for a couple of years. In 1977, there was an offer to do this course on the cruise around the Baltic Sea and here I was, heading to Europe.

CT: How was your first experience abroad?

DM: It was wonderful. When I joined the ship crew, we traveled all across Europe and I met very interesting people. That’s when I got a chance to go to Paris for the first time but to be frank, I was not impressed, the city looked like a postcard and it reminded me when I was 13, going to French restaurants with my parents where everything was so fancy and impressive.

CT: Yet, you now live in France, what made you change your mind?

DM: A missed flight did. The day of my scheduled return to New York after the cruise was over, I took a bus from Porte Maillot and it got stuck on the peripheral for 40 minutes to catch my 6 o’clock flight. I raced through the Paris Charles de Gaulle airport and when I finally arrived completely out of breath at the gate, I saw the plane taking off. It was 6.06. What I didn’t know was that I had missed the last plane heading to northern America. Since I was “stuck” in Paris, I decided to stay there for a month and fell in love with the city. The lesson from that experience is that “six minutes can change a life.”

CT: What happened when you moved back to NYC?

DM: When I returned to New York, the question about what I should do next came up and I thought: “everyone loves to eat, so perhaps I should become a cook.” The best place to learn was (and still is to me) the Cooking Institute of America (CIA) but in order to get in, you needed one year of professional experience as a cook. I was first hired in a restaurant as a dishwasher. After a while, I became a brunch cook and shortly after, I became a full-time cook, which allowed me to join the school. While there, I got an opportunity to work in Paris in Anne Willam’s prestigious cooking school La Varenne. There, I got to work with chefs, learned a lot about wine, and that’s when I decided to make the transition from food to wine. 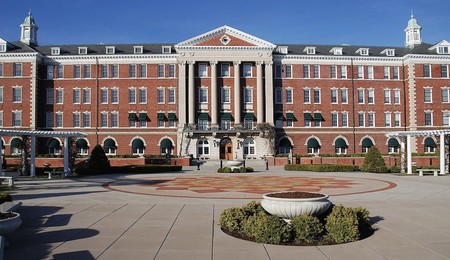 CT: Why is the wine vocabulary so complicated?

DM:Actually, it is not. There is clear difference when you read about wine and when you actually speak with winemakers. They speak with so much clarity and wine becomes simple to understand. As a matter of fact, eating meat is way more harder than tasting wine because as you go, you are discovering more flavors. Wine is the easiest food we consume to understand. Let’s take red wine for example. There are only three things you need to pay attention to: sweetness, acidity, and tannin. That’s it. Anyone can detect these elements. People will talk about alcohol but alcohol is a sweet element.

CT: Is that why you decided to write about wine?

DM: I had the idea to write Wine Basics: A Quick and Easy Guide (Dewey’s first book) for two reasons: first, I wanted to write the book I wished I read when I first got introduced to wine. Until then, all the books I read had the same structure: 10-12 pages about general knowledge, then you had chapters about the different grapes and after that, you would learn about the different vineyards. To be honest, it felt that in order to understand all this you needed a degree in geography and agriculture. What I did is that I took these 12 pages of knowledge and stretched them to 200 pages. The second reason why I wrote the book is that I wanted enough money so I could return to Paris.

Why did you choose to write about the 1855 classification?

DM: I was working at Sherry Lemman in Manhattan on Madison Avenue, which was the finest wine shop in the U.S. The clientele was very rich but didn’t know much about wine. They would ask for first growths from Bordeaux not because they were connoisseurs but because those wines were the most famous. In order to give better explanations and provide a better service, I started to do some research. What surprised me is that every book on Bordeaux wine had no or very little information about the 1855 classification, which lists Bordeaux’s first growths. My interest grew and I saw an opportunity, which made me decide to write 1855, A history of the classification. After a year of research in New York, I came to the conclusion that I needed to go to Bordeaux. I have to confess that the book was a pretext to go back to France. I thought that I would only stay 12 months in Bordeaux and then move back to Paris, which was my ultimate goal.

CT: As an American in a wine world dominated by French people, how were you welcomed by the chateau’s owners?

DM: One of the first people I met was the late Paul Pontallier and then director at Château Margaux. He told me that being an American with no affiliation to the wine industry was a great advantage because I had no history. No one was going to accuse me of being the grandson of some winemaker who did not make it to the 1855 list. And throughout my encounters with all the people I met while writing my book, I thought that everyone was pretty open. 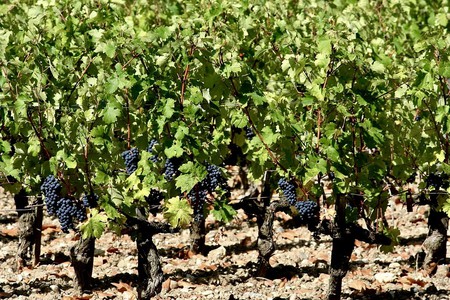 Vineyards in Château Margaux, one of the Bordeaux’s finest wines｜ | © Megan Mallen｜Wiki Commons

CT: And you are still living in Bordeaux more than 20 years later. Why aren’t you living in Paris?

DM: When I was trying to get in touch with the people at Château Mouton Rothschild, one of my acquaintances recommended that I contact Catherine Gouyon who was the marketing assistant. This was probably the best recommendation I ever received since Catherine and I have been married for over twenty years. On the rare occasions that I travel, I have to admit that when the train slows down and passes the Flèche Saint Michel, I tell myself: “I’m home.”

CT: What should we keep in mind while going on a wine tasting?

DM: When you are doing a wine tasting, what you want to keep in mind is to find balance—forget about the jargon, balance is the only thing that really matters. 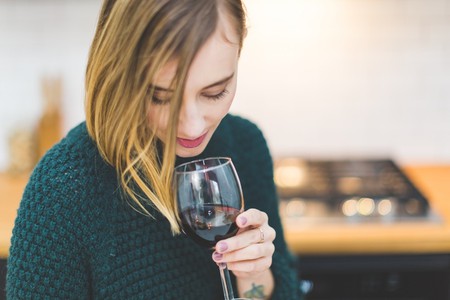 CT: Are French wines (especially Bordeaux wines) still the best in the world?

DM: Nowadays, wines come from all sorts of places whether it is California, Chile, Australia, South Africa, or Spain, they are taking more and more space in wine shops’ shelves. The market in Asia is different. When you are a boxer, your ultimate goal was to fight for a world’s champion title in Madison Square Garden or in Vegas, there are the “big rooms.” Although I’m not a big sports fan, I like this analogy because in the wine industry, Bordeaux is “the big room.” The topic that I chose made me enter in this world through the big door and allowed me to build great relationships with the region’s winemakers.

CT: What is your favorite wine?

DM: If I don’t say that Mouton Rothschild is my favorite wine, I might get in serious trouble with my wife (laughs). Apart from it, I have to go with a Château Léoville-Las Cases, a second growth I discovered when I was doing my research.

CT: What’s the best place to pick up wine in Bordeaux?

DM: For years I didn’t have to buy a single bottle of wine, but there is a funny story behind that. When my book came out, I hosted a ceremony at the Bordeaux Chamber of Commerce. The Conseil des Grands Crus Classés du Médoc, the iconic and very respected wine syndicate of Bordeaux had sent some of their best wines for about 200 expected attendees. It was in December and the forecast had announced that a snowstorm was coming to town. On the night of the event, only 16 people turned up. I got to bring back home over 50 bottles of classed growths and because my wife works at Rothschild, she gets very fine wine every year. I recommend l’Intendant on Place Tourny, which I consider to be the “Gugheinem museum of wine” with its spectacular spiral staircase that goes on five floors and the higher you go, the more prestigious are the wines (only from Bordeaux vineyards). The Badie wine shop is also a great place to pick up your wine and great spirits too.

CT: Your career has been an incredible journey so far, what advice would you give to a younger person?

DM: Be open to opportunities and new knowledge. Nothing that you learn along the way goes to waste and remember, six minutes can change a life.

Learn more about Dewey’s wine tours in Bordeaux by visiting his website DMjWineworks.