Allied star Marion Cotillard has revealed what she thinks about President-elect Donald Trump, and it’s safe to say she isn’t a big fan of the American billionaire.

Speaking to Culture Trip on the press tour for her latest film, World War II thriller Allied, Cotillard had plenty to say about Trump and the state of global politics in general.

“I love Donald Trump… I’m so happy that we are going ‘there’ in France too” the Rust And Bone star joked when asked what impact she thought the recent US election would have on the arts.

“I think art is going to be more important now than ever. I hope it will bring something to art and something will come through because we really have to question ourselves incredibly deeply right now. What is happening is that fear is winning right now and separating ourselves more and more everyday. History of humanity, or history of life, when we are separated means that we are weaker. Life, in all its forms, doesn’t work. It’s proved.” Cotillard stated.

The Inception star also spoke about the responsibility she feels towards fighting the fear she spoke of.

“All those people [like] Donald Trump, and in France we have the same problem, it is super scary. It is this poison that we have the power to avoid. And we have to avoid it.

I think artists, philosophers, writers, and thinkers, as well as other people who question themselves about the world and human beings, have to do it for the ones who cannot express themselves. We have to do it for the ones who can’t because of conditioning of fear and separation. I think it is a good opportunity for human beings to raise awareness because we are an amazing species. We use such a little, tiny bit of our skills and what we are capable of, that anything that pushes us to be better, even the worst aspect of a gift [like this], we need to fight fear.” 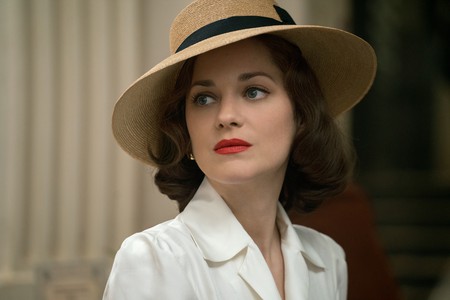 Offering an olive branch to voters who chose Trump over Hilary Clinton, Cotillard added that there is a positive way to look at things as they stand.

“People don’t have to be judged, they have to be educated. We have to go on this very positive way. We can’t say “you dumb [people], you voted for Donald Trump?” No. There is a human reason to it. We need to find it and educate without being a lesson giver. I can go on and on about that.”

Speaking of her role in Robert Zemeckis‘ espionage thriller Allied, Cotillard told Culture Trip what aspects of her character she identified with most. In the movie, the actress plays French resistance fighter Marianne Beauséjour, who moves to England during the Second World War, only to be later suspected of being an undercover German agent.

“She reminded me of the characters played by actresses that I loved when I was a kid. I watched those films from Hollywood of the 1940’s and 50’s and the whole movie made me dream of those. As an actor I love complexity and she is so complex and mysterious. There is a paradox with her. She is very simple, she is a spy and on a mission and she will leave everything for love. She doesn’t question herself.”

Allied is on general release from November 25