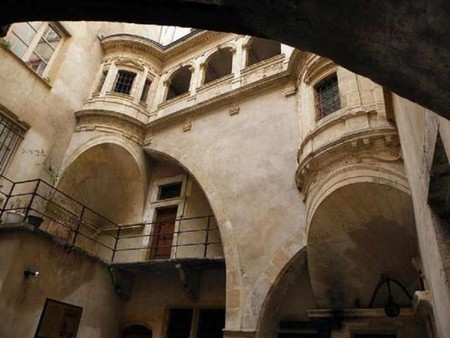 Cathedral
Facebook
Email
Twitter
Pinterest
Copy link
Share
Map View
A part of Vieux Lyon, the oldest district of Lyon, a quarter of Saint-Jean was an important part of Lyon in the Middle Ages, both for political and religious reasons. The Saint-Jean quarter still houses some important churches that exhibit Gothic or Romanesque architecture, the most famous being Saint Jean’s Cathedral. When you visit the Saint-Jean quarter, you have to discover the traboules – a series of passageways that were originally used by silk manufacturers to transport their products. Even though traboules date as far back as the IV century, most of them are on private property and have to be accessed through main doors, which are open for visitors in the afternoons.
Open In Google Maps
Lyon, France
Give us feedback 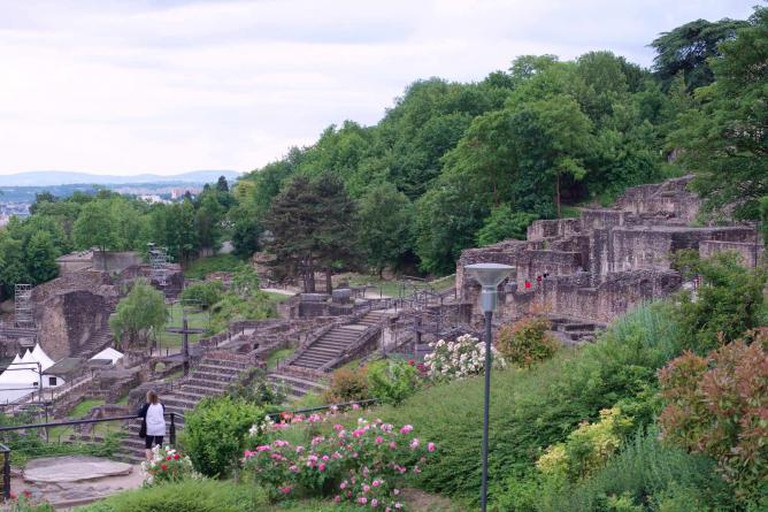 Ancient Theater of Fourvière | © Chris Koerner/WikiCommons
This Ancient Theater of Fourvière is located on Fourvière Hill, near the Basilique Notre Dame de Fourvière. It is a long climb, but worth it. The ancient ruins are a picturesque sight, a great spot to take some pictures or just to take a stroll around. Walking among these ancient ruins that are over 2,000 years old allows visitors to see the history come alive in front of their eyes. Even though it is a tourist attraction these days, the theater comes alive once a year for the Nuits de Fourvière Festival that takes place in June and July.
Open In Google Maps
Rue de l'Antiquaille, Lyon, Auvergne-Rhône-Alpes, 69005, France
+33472384930
Visit Website
Give us feedback 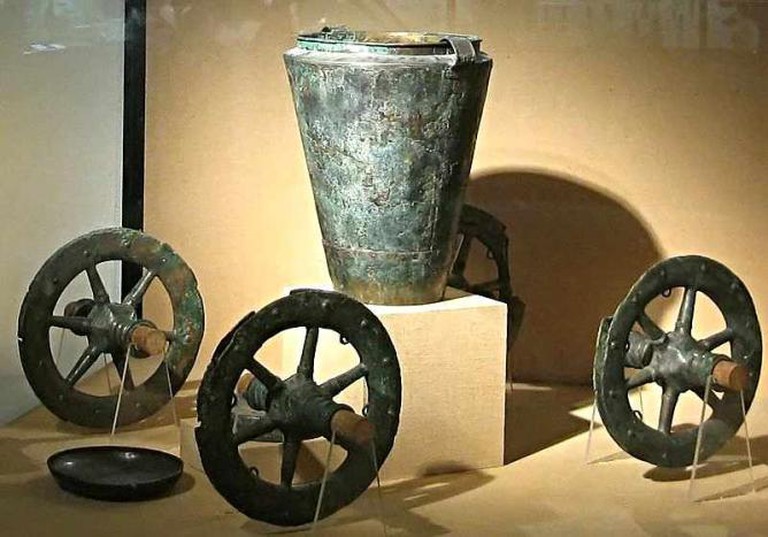 Bronze Chariot from Museum of Gallo-Roman Civilisation | © Pline/WikiCommons
An archaeological site and the Museum of Gallo-Roman Civilisation is located on Fourvière Hill, right next to the Ancient Theater of Fourvière. The site of the museum used to be the heart of the Roman city Lugdunum. The Museum of Gallo-Roman Civilisation houses various objects, such as statues, currency, jewellery, mosaics and ceramics, and other parts of both the public and private life of ancient Roman civilisation. A visit to this site is as informative as it is fascinating, with eye-catching ancient artefacts showing glimpses of the grand past.Price: 4€ for adults, 2.50€ reduced, free admission every ThursdayOpning hours: Tue-Sun 10am-6pm17 Rue Cléberg, Lyon
Open In Google Maps
17 Rue Cleberg, Lyon, Auvergne-Rhône-Alpes, 69005, France
+33472384930
Visit Website
Give us feedback

Historical Landmark
Facebook
Email
Twitter
Pinterest
Copy link
Share
Map View
Another ancient site on Fourvière Hill, the ancient Lyon Roman Baths date as far back as the II and III centuries. These public baths were unearthed in the 1970s and sadly, only the foundations have been recovered and restored. However, this site is an important place to visit as, in ancient Rome, bathing was a common daily activity practiced by most social classes. If you take a walk near these foundations, you will know that thousands of inhabitants of ancient Lyon, Lugdunum, have walked along the same path. Thermes Romains, Rue de Farges, Lyon
Open In Google Maps
6 Rue des Farges, Lyon, Auvergne-Rhône-Alpes, 69005, France
Visit Website
Give us feedback 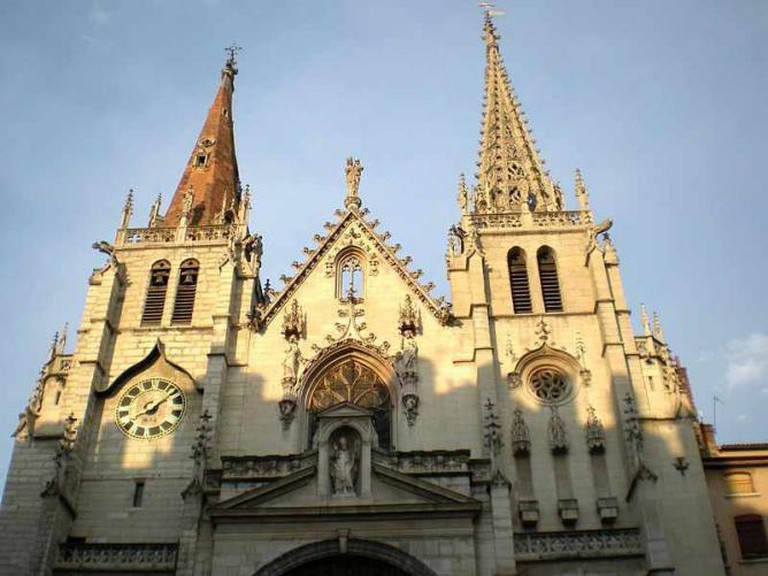 Iglesia de St-Nizier | © Tony Castle/WikiCommons
The first foundations of this ancient church, Iglesia de St-Nizier, were laid down as far back as the V century. However, before the foundations of the church, this was a site of a Roman monument, believed to be a temple of Attis in the II century. The legend says that the relics of the martyrs tortured in 177 AD have been built on the ruins of the church. Iglesia de St-Nizier takes its name after the bishop Nicetius of Lyon. It is rumored that his buried body was capable of great miracles, which has led the church to be named after him.Opening hours: Tue-Sun 8am-8pm; Mon 2pm-6pm1 Rue Saint-Nizier, Lyon
Open In Google Maps
1 Rue Saint-Nizier, Lyon, Auvergne-Rhône-Alpes, 69002, France
+33472411805
Visit Website
Give us feedback
Give us feedback